Ep 2924a – [CB] Took The Bait, The World Is Watching, The Economic System Is About To Shift

The [CB] took the bait, they are now pushing their agenda as hard as they can, and the people can see their agena. The world economy is in a recession and it is going to get worse before it gets better. The [CB] is now going after alternative currencies by bringing down exchanges. The red wave hit and the [DS] players needed days to combat it, they are failing because the people can see the cheating on a grand scale. Trump was able to call the jackals out the wood work so we now know who is with Trump and who is not. The civil war between the Republican swamp creatures and MAGA has begun. The swam is being drained, the stage is set. The NG monitored the election, so did the military, let’s see what the NG produces.

Did you listen to @elonmusk yesterday? Don’t keep your crypto in an exchange. More exchanges will fail or get hacked. Don’t let others hold your crypto. It’s not safe. Be smart. Be your own bank.

If an exchange gets hacked or is run by dishonest people millions of users can lose their crypto in one attack or one act of dishonesty. It has happened many times before. It’s significantly less risky to keep your crypto in a hardware wallet.

I am pretty sure this hasn't been reported either?

If I recall correctly, the first (or second or third) said Mr Pelosi opened the door and they both had hand on hammer–nothing about being on the floor pic.twitter.com/wHs4fjEPOO

Also wondering–no flashlight? How did he get to the upstairs of a dark house without one?

Biden’s border chief quits after pressure from all political sides Sam Bankman Fried was bankrolling who oversaw the institution that was supposed to keep on eye on companies like FTX:

Sam Bankman-Fried, prolific Democratic donor and ex-CEO of now-bankrupt cryptocurrency exchange FTX, funded the campaigns of members of Congress overseeing the Commodity Futures Trading Commission (CFTC), one of the key bodies tasked with regulating the crypto industry and the subject of Bankman-Fried’s aggressive lobbying.

Bankman-Fried’s FTX is currently under investigation by the CFTC and the Securities and Exchange Commission (SEC) after Bankman-Fried allegedly moved $10 billion in client assets from his crypto exchange to his trading firm Alameda Research, and a liquidity crisis at his  exchange which prompted the company to file for bankruptcy. However, prior to the agency’s probe, Bankman-Fried aggressively courted the CFTC – and funded several key lawmakers charged with overseeing the agency, pouring cash into their campaign coffers.

FTX also happens to be related to Ukraine.

The far-left Washington Post reported on March 3 that Ukraine was dealing in crypto.

The Ukrainian government has gathered more than $42 million in cryptocurrency donations since Saturday, plus digital artwork including a limited edition worth roughly $200,000, according to blockchain analytics firm Elliptic. The challenge is how the country cashes in on these assets to fund its war needs.

How much of the billions going to Ukraine went to the Bidens and their corrupt friends?

if i were an intelligence agency, and i was concerned my adversaries were using crypto to launder funds– how would i stop that?

then i'd have him use those funds to build a very large crypto exchange. the goal here is to subsidize the thing until you see enough trading volume to see the state of the market at any moment.

only then you can start understanding how these "illegal war funds" are moving.

great– ok now you have legibility into all crypto transactions for a handful of currencies and you are starting to understand where cashflows are going.

what's next? every time a project fails, lets take a little bit of that arb money and use it to bail out their products

The FTX thief stole $1 billion from his customers and donated $100 million to Democrats.

GIVE UP NEVER, WE’RE GOING TO CROWD THE STREETS UNTIL WE take down THE WHOLE GANG. 🇧🇷🙏🏻 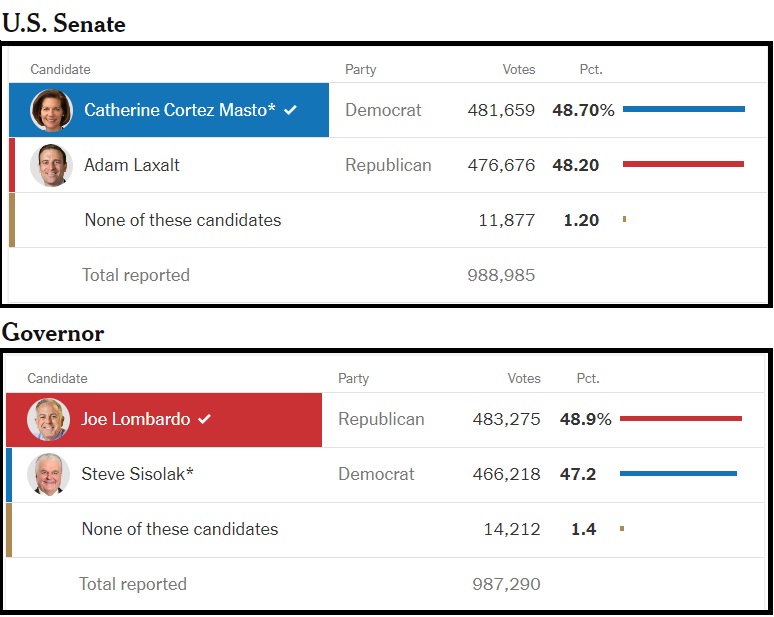 Genuine question. Does anyone have faith in the voting system?

Congratulations to the Senate democrats

for suddenly pulling ahead

By the perfect margins

In the dead of night

Only in states with mail in voting

Republicans are like what 0 for 12 in winning in states where it takes more than 12 hours to call elections?

Funny how when there's delayed voting counts for days – a Democrat always makes a miraculous comeback and wins.

Also, under the U.S. Constitution, the Senate needs a quorum of 51 senators to do anything.

If @HerschelWalker wins, Senate Democrats only have 50.

This gives us a break-glass option, if Senate Democrats try to jam through a radical judge.

And I donated again to @HerschelWalker: https://t.co/yVeOOP4h3B

[Save-Face] and promote MAGA or [be exposed].
LESS THAN 10.
Attacks occur from all directions.
Logical thinking.
Why attack a movement simply, by design, asking people to think for themselves?
CONTROL = POWER
Why are the biggest news co’s in the world continuing to attack this movement?
WHY IS THE WASH POST LEADING THE ATTACKS?
WHY DO THE ATTACKS COME IN WAVES?
COORDINATED?
YOU ATTACK THOSE THE MOST WHO ARE THE BIGGEST THREAT.
[SWAMP] contains RED & BLUE.
Q

Why do some elections take more than a day to count?
Can cheating be done after the polls are closed?
Who controls the pollbooks?
Who controls the databases?
Who controls the elections?
Why are extra ballots printed?
If someone doesn’t vote, can bad actors hijack their vote?
How?
Why did the National Guard activate cybersecurity teams?
Who gave the order to ‘activate’ the cybersecurity teams?
Why?
To protect the elections?
To claim the midterms are ‘safe’?
Safe from what?
Setting the stage?
Watch carefully.
White hats have secured many systems, but problems still remain.
You have all the tools you need.
Vote.
Q