Ep 2726b – Did Putin Just Seize The [DS] Assets? The [DS] Treasonous Crimes Are About To Be Revealed Ep 2726a – The [CB] System Is Being Destroyed,The Birth Of A New Economic System Comes Into Focus
The European states are starting to realize that they cannot depend on other nations for their energy. The [CB]/Biden admin are failing to keep the narrative, each passing day it gets worse and worse. Producer inflation rises to 10%. Russia planning new supply routes. SA considers accepting other currencies.  The [DS] is in trouble, Zelensky is now making the rounds and visiting countries, which means they already lost. Putin just seized the [DS] assets in Ukraine and barred them from entering. Trump puts out a statement that their crimes are going to be finally revealed. What we are witnessing is the destruction of the old guard.

the news signals more pain to come for households. The producer price index gauges the wholesale prices of goods, which are eventually passed down to consumers.

The news came just days after a report for the month of February found consumer prices increased by 7.9% — the fastest annual rate in four decades. The high rate of inflation has damaged President Joe Biden politically and undercut support for his spending proposals.

Those days are coming to an end.

All I see is a criminal

JUST IN: Zelensky says Ukraine must recognize it will not join NATO

Moscow reveals whether US sanctions would harm Iran deal 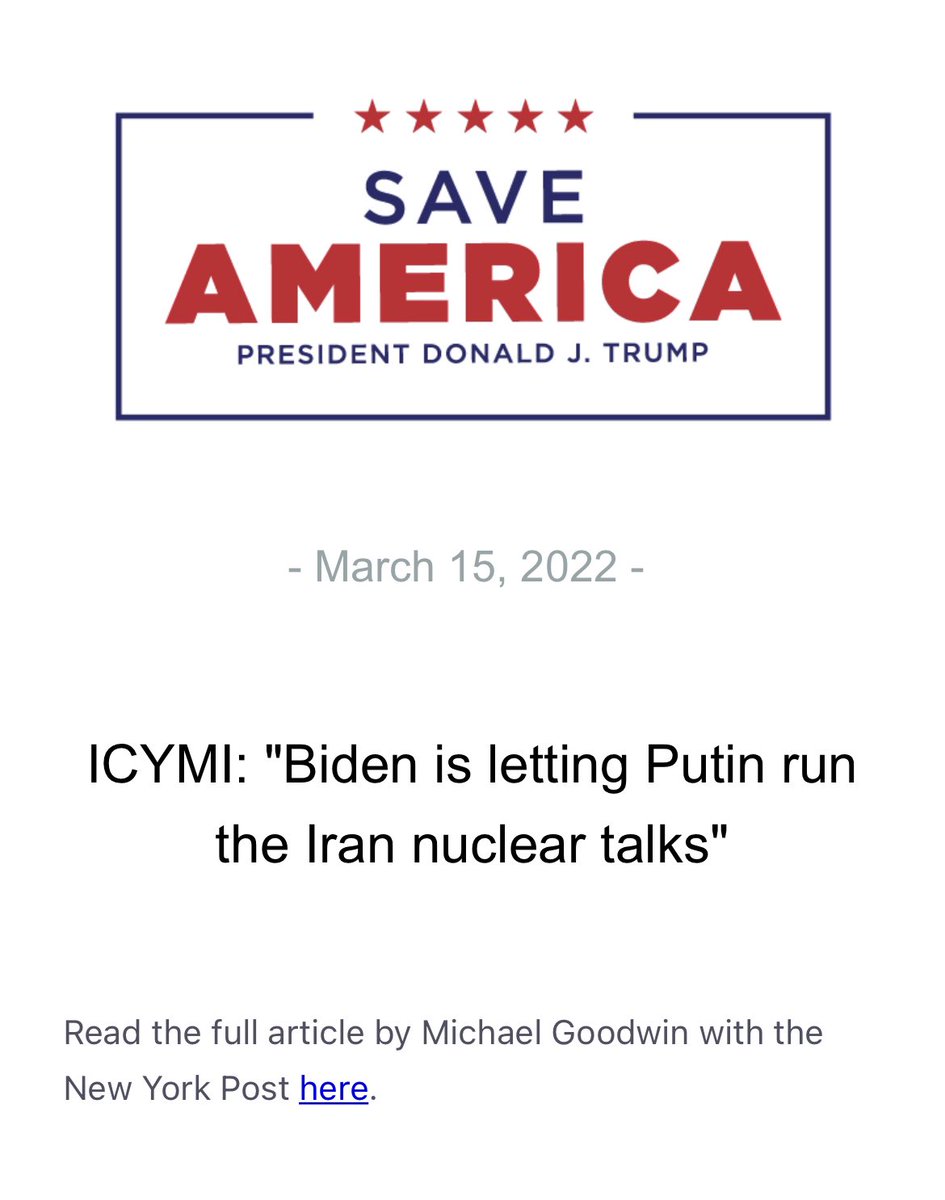 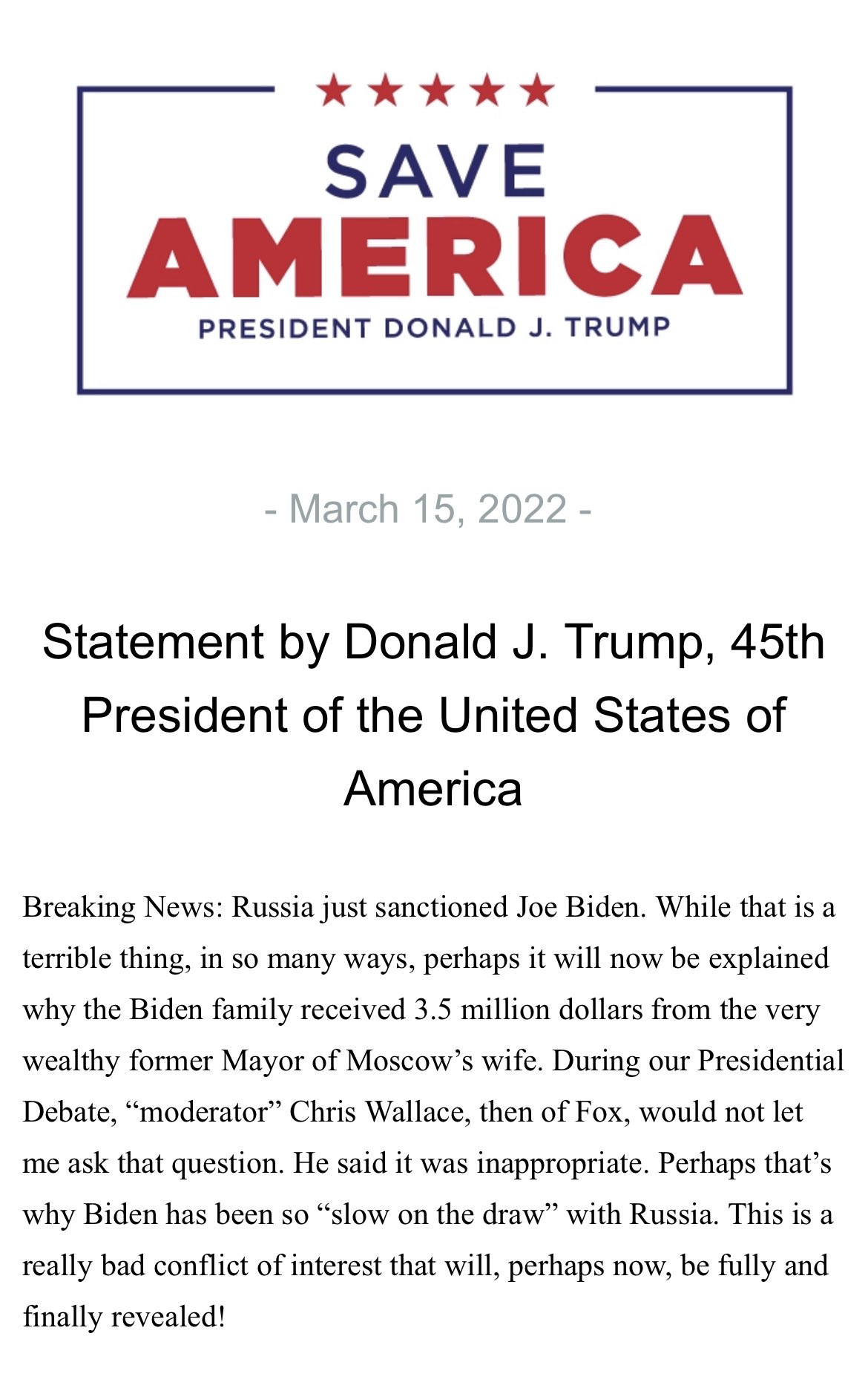 >>147005381
HRC extradition already in motion effective yesterday with several countries in case of cross border run. Passport approved to be flagged effective 10/30 @ 12:01am. Expect massive riots organized in defiance and others fleeing the US to occur. US M’s will conduct the operation while NG activated. Proof check: Locate a NG member and ask if activated for duty 10/30 across most major cities.

Are used to scare people into giving up liberty for

Democratic super PAC American Bridge accused Trump of breaking campaign finance laws on Monday because he hasn’t yet formally announced whether he will run in 2024.