The people can now see how the corrupt politicians payoff themselves and others. The stimulus bill is not meant for the people, it is meant for the elite. The [CB] is not in control of the economic system. Trump and the patriots have turned the table on all of them. There is a new system that is being built now and the control will be returned to the people. The [DS]/MSM have been setup. Everything we have learned in the past is now coming true in the future. Future does prove the past. Wray was testifying today and he did not lean either way. Is Wray a sleeper, can he be trusted. This will be a future marker. The virus is now disappearing, Texas/Mississippi have now removed the mask mandates, businesses are opening. This is all according to the plan. Ep 2417b – Future Proves Past, It Has Begun, Is Wray A Sleeper, Future Marker Ep 2417a – The People See The Payoffs, [CB] Does Not Control The Economic Future

DR SEUSS NEXT: Six Books Will No Longer Be Published for ‘Racist Images and Stereotypes’

JUST IN – Gov. Abbott ends the statewide mask mandate in Texas and announces all businesses in the state can reopen.pic.twitter.com/SnnIBE2D51

Governor Greg Abbott today issued an executive order lifting the statewide mask mandate in Texas and increasing capacity of all businesses and facilities in the state to 100 percent.

The COVID Fraud Will Not Stay Hidden Forever

But we need remember the other crimes Cuomo committed, like pushing sick people into nursing homes and killing them, while the make shift hospitals and the hospital ships were empty.

Why Did Whitmer Give a Secret Taxpayer-Funded Payout to Resigning Health Director Amid Her Own Nursing Home Scandal?

The agreement is the clearest evidence yet that the split between Gordon, a central figure in the state’s response to COVID-19, and Whitmer was not amicable, and it shows the Democratic administration used taxpayer funds to ease his departure.

On Feb. 22, one month after Gordon resigned without explanation, he and Mark Totten, Whitmer’s chief lawyer, signed the four-page agreement. The state agreed to pay Gordon a total that represents nine months of salary and health benefits, and he released the state from any potential legal claims. FBI Does Not Consider the Proud Boys a Domestic Terrorist Group

“It’s got no place in our democracy, and tolerating it would make a mockery of our nation’s rule of law” pic.twitter.com/h7bNxUb8o3

Image Name: c5d858_6171128.jpg
Filename: db0816285d95fd805e1ecab729217abd63e83a8338a8fd311603a134f87cf6be.jpg
FAKE NEWS = ENEMY OF THE PEOPLE.
If all directions of the echo chamber [MSM] state the same thing – even if FICTION/FALSE – do most people then consider it TRUE (factual)?
Direct communication is CRITICAL.
Who controls the FAKE NEWS?
Why is ANTIFA allowed to incite violence, wear masks, make threats, use/carry weapons, and physically harm others who oppose their ideology?
Why does ANTIFA attempt to ‘justify’ such violence by labeling the ‘challenger’ as ALT-RIGHT or NAZI?
Why doesn’t the LEFT condone such acts of violence and call for an immediate end?
Define ‘Projection’.
Define ‘Insurance Policy’.
Define ‘Warning Against Attempts to Unveil’.
[‘They’ prey on emotionally unstable (helpless) individuals and use them as PAWNS]
https://www.foxnews.com/politics/2017/12/01/fbi-probe-antifa-ideology-underway-wray-tells-house-panel.html
What does WRAY know and when will he release to the PUBLIC?
Does such violence (extremism) justify NG deployment in the future ahead of ‘planned’ public releases?
https://www.breitbart.com/big-government/2018/07/11/left-wing-antifa-terrorists-freaking-out-over-proposed-unmasking-law/
https://petitions.whitehouse.gov/petition/formally-recognize-antifa-terrorist-organization-0
Military Spending Bill.
Smile for the Camera.
Q 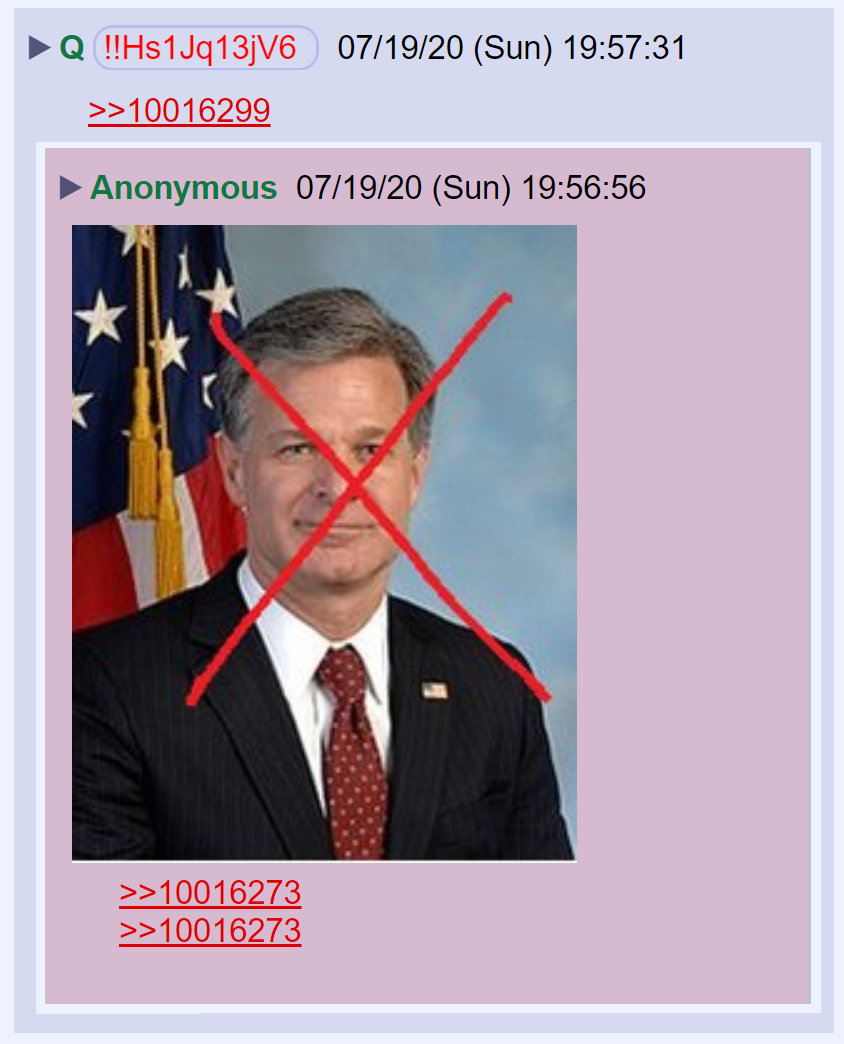 Why would Trump plan for an insurgency against the Capitol on Jan 6th after he had also asked that it be protected by an additional 10,000 soldiers?

Durham resigned as US Attorney for Connecticut end of February + remains Special Counsel with office at DOJ. @CBSNews

The picture was painted years ago by Q.

We were told WHO was going to attempt to steal the election.

We were told HOW they were going to steal the election.

We were even told that Biden would claim 80 million votes.

We were ALSO told that the 2020 election would set the stage for Voter ID laws to be established and that 2020+ was safeguarded.

Trump discussed the importance of establishing these laws during his speech last night. HOW we go about accomplishing this should be obvious by now.

Do we just ask the Democrats to adopt them?

Do we have Trump rally for 4 years and scream for them to adopt laws that they know would end the Democratic party?

Do we have freedom loving Patriots (who have been silenced on social media) make phone calls and emails that will never be answered or taken seriously? 🥱

ORRRR do we expose the evidence we have that shows unequivocally that the countries who own Joe Biden and the rest of the democrats just stole the United States presidency?

The ONLY way we will ever adopt voter ID laws is if the entire country were to be united in the understanding that globalists just rigged our election. It also wouldn’t hurt for everyone to understand WHY they attempted to steal it and what the repercussions would have been.

We are currently getting a taste of that now.

THEY MUST BE SHOWN.

IT HAD TO BE THIS WAY.

SOMETIMES YOU MUST WALK THROUGH THE DARKNESS BEFORE YOU SEE THE LIGHT.

Stop blaming Q because you’re impatient or too lazy to read the drops. We were even warned against making date predictions and told that not everything would be clean. We are taking down a global satanic cult that’s existed for centuries. Did you expect this to be easy?