The people are now seeing that as taxes go higher life declines. The people are starting to react and they are moving to other areas because they realize that in the end it will not benefit them. [JB] infrastructure plan will cost over a million jobs. This is not about the infrastructure. The establishment is trying to move people away from gold and crypto. The [DS] are now pushing their agenda as quickly as possible. [JB] is now moving into dictatorship and people are starting to recognize this. Trump and the patriots want the [DS] to do this and more so people can see it clearly. Dan Scavino sent out a message letting us know that where are now is not the end, it might seem impossible/long shot to remove the [DS] but it can be done. In the end the patriots win. Ep 2448b – Offensive Gaining Strength, Message Received, In The End The Patriots Win “After decades of advocating for a tax system that provided competitive rates and modern international tax provisions, manufacturers in America kept our promises following the enactment of the 2017 tax reforms: we raised wages and benefits, we hired more American workers, and we invested in our communities. If we undo those reforms, all of that will be put at significant risk. Manufacturing workers will lose out on jobs, growth and raises. We should be building on that progress, not rolling it back. But the conclusion of this study is inescapable—follow through with tax hikes that give other countries a clear advantage and we’ll see far fewer jobs created in America.”

As U.S. Economy Roars Back, Life in Many Poor Countries Gets Worse

Washington, D.C. — On Thursday, women who work in U.S. Congressman Matt Gaetz’s office released the following statement in full support of the Congressman–who is under investigation for sex crimes:

“After the shocking allegations last week in the press, we, the women of Congressman Matt Gaetz’s office, feel morally obligated to speak out. During Congressman Gaetz’s time in office, we have been behind the scenes every step of the way. We have staffed his meetings. We have planned his events. We have traveled with him. And we have tracked his schedule. Congressman Gaetz has always been a principled and morally grounded leader. At no time has any one of us experienced or witnessed anything less than the utmost professionalism and respect. No hint of impropriety. No ounce of untruthfulness. Source: thegatewaypundit.com
Kamala has not been down to the border since Biden appointed her to lead the border crises
Reporter asked the question, instead Kamala is in Chicago getting a snack talking about Covid, isn’t their covid at the border

Blue line shows increase in unaccompanied minors, with 18,890 taken into custody in March, a record pic.twitter.com/uFJKR3cWIt 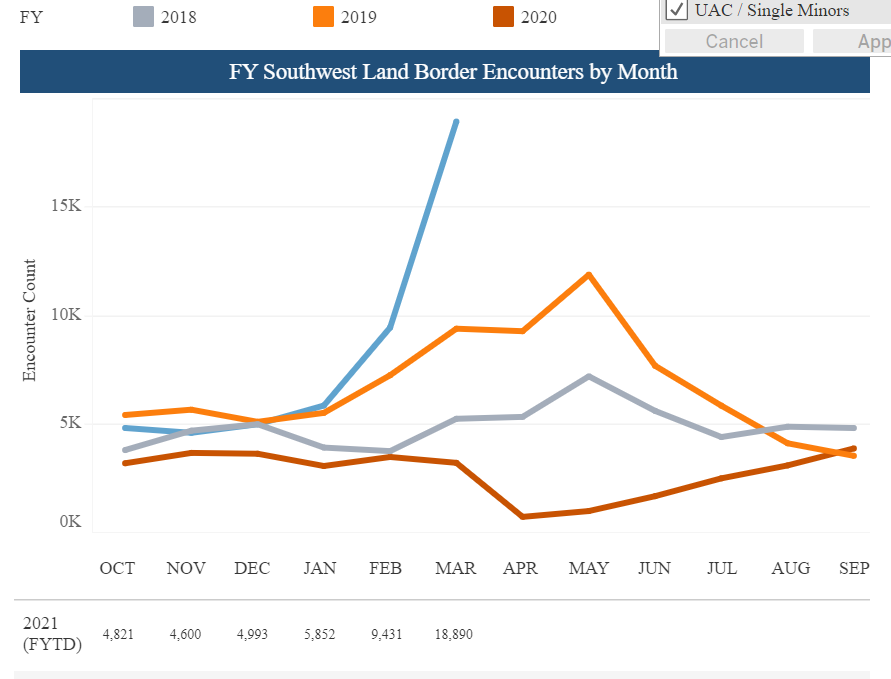 “No amendment to the Constitution is absolute. You can’t yell ‘fire’ in a crowded movie theater and call it freedom of speech. From the beginning, you couldn’t own any weapon you wanted to own.” pic.twitter.com/shOkaXmLqH

Biden: “Nothing — nothing I’m about to recommend in any way impinges on the Second Amendment. They’re phony arguments.”https://t.co/SvWRzZIQlS

David Chipman, His Fraudulency Joe Biden’s nominee to head the ATF, has spread wild-eyed, conspiracy theories about the 1993 Waco siege.

At Waco, cult members used 2 .50 caliber Barretts to shoot down two Texas Air National Guard helicopters. Point, it is true we are fortunate they are not used in crime more often. The victims of drug lords in Mexico are not so lucky. America plays a role in fueling the violence south of the border.

“It is great to be back in the South China Sea to reassure our allies and partners that we remain committed to freedom of the seas,” said Rear Adm. Doug Verissimo, commander, Carrier Strike Group Nine. “

People are fighting back

The path to freedom is together 🌸 pic.twitter.com/FANo2qmnvD

Of the 5 people whose deaths are connected to the Capitol riot:

Mayor Bottoms’ order states that the election integrity measures signed into law by Governor Brian Kemp make changes that “include empowering officials to take over local election boards, limiting the use of ballot drop boxes, and imposing new voter identification requirements and limitations for the use of absentee ballots.”

The mayor also argues that these “voting restrictions will disproportionately impact residents in cities and counties with high density populations, including the City of Atlanta, and will impose barriers to their ability to vote.”

Why is SB43 Important?

Senate Bill SB43 mandates an audit of Windham’s disturbing November 3, 2020 general election results that produced a massive discrepancy between the machine vote tally for the State Rep race on election day and a hand recount 9 days later. The recount showed a difference of 1,363 votes for the State Rep race being shifted with only 10,006 ballots were cast.

The passage of SB43 into law is critical to ensure election integrity is verified not only in Windham, but across NH – because the same machines are used to count 85% of all votes in NH.

Trump setting up his offensive

Even though he has not yet announced that he is running, and I certainly hope he does, I am giving my Complete and Total Endorsement to Senator Ron Johnson of Wisconsin.  He is brave, he is bold, he loves our Country, our Military, and our Vets.  He will protect our Second Amendment, and everything else we stand for.  It is the kind of courage we need in the U.S. Senate.  He has no idea how popular he is.  Run, Ron, Run!

Asa Hutchinson, the lightweight RINO Governor of Arkansas, just vetoed a Bill that banned the CHEMICAL CASTRATION OF CHILDREN.  “Bye-bye Asa,” that’s the end of him!  Fortunately for the Great State of Arkansas, Sarah Huckabee Sanders will do a fantastic job as your next Governor! 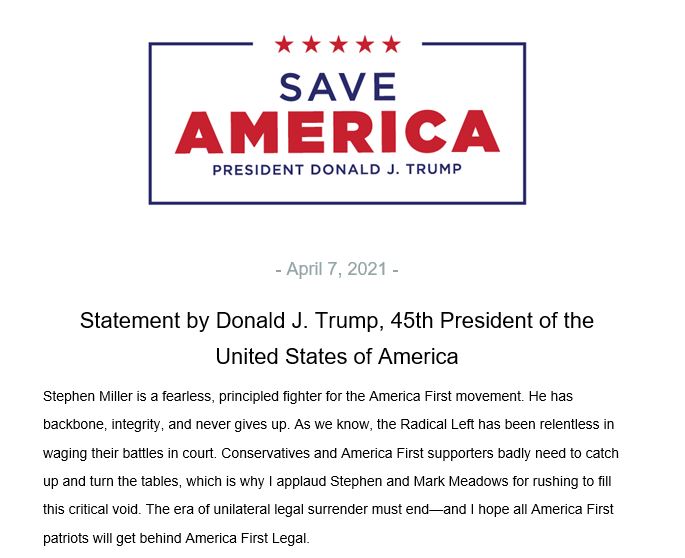 >>973097
Amazing coincidence.
+ Military start / wall.
You have more than you know.
Reason we are here MORE.
Q
Why are over 7 billion people allowing 13 families to control every aspect of our lives our souls and our planet?