Trump and the patriots are now push the economy into overdrive, everything is setup for after the event. The stimulus money is now going to people and small businesses, another round will be going out shortly. The patriots are saving the best for last, the bazooka. The [DS] event is in it’s final leg, the push to change the narrative has begun, during this process, the MSM/[DS], corrupt politicians and many others are being exposed, all part of the plan. During this time Trump has been pushing a mission behind the scenes. The Rule of Law is now returning, the public will learn the truth, this is bigger than anyone could imagine.

His letter was sent to the press before it was sent to me. These press leaks politicizing the intelligence community must stop. https://t.co/hdWIzGWvZr

Remember when HRC tweeted this out, this is now coming back to haunt her, look at these people’s actions, only then can you see the truth

In the United States of America, no one is above the law. https://t.co/DGBWf5U564

I appreciate all the best wishes I have received. I have been retested and I am negative. I have started volunteering at a local hospital to assist those in my community who are in need of medical help, including Coronavirus patients. Together we will overcome this!

Now the [DS] is planning to use the coronovirus against Trump,

Disgraceful of @nytimes to mislead their readers with this false narrative.

They purposely left the #’s (which are publicly available) out of the story bc it debunks their BS “Trump supports hydroxycloroquine to enrich himself” narrative.

This is why people don’t trust you! https://t.co/vXziHOFSQI

lol NYT didn’t think anyone would do the math. pic.twitter.com/ThjWpe34ry

BREAKING: India has allowed the export of Hydroxychloroquine to the United States, making an exception to its earlier ban on exports to keep supply for themselves.

“The decision follows a telephone conversation between Trump and PM Modi on Saturday” pic.twitter.com/B4j8tpyL1d 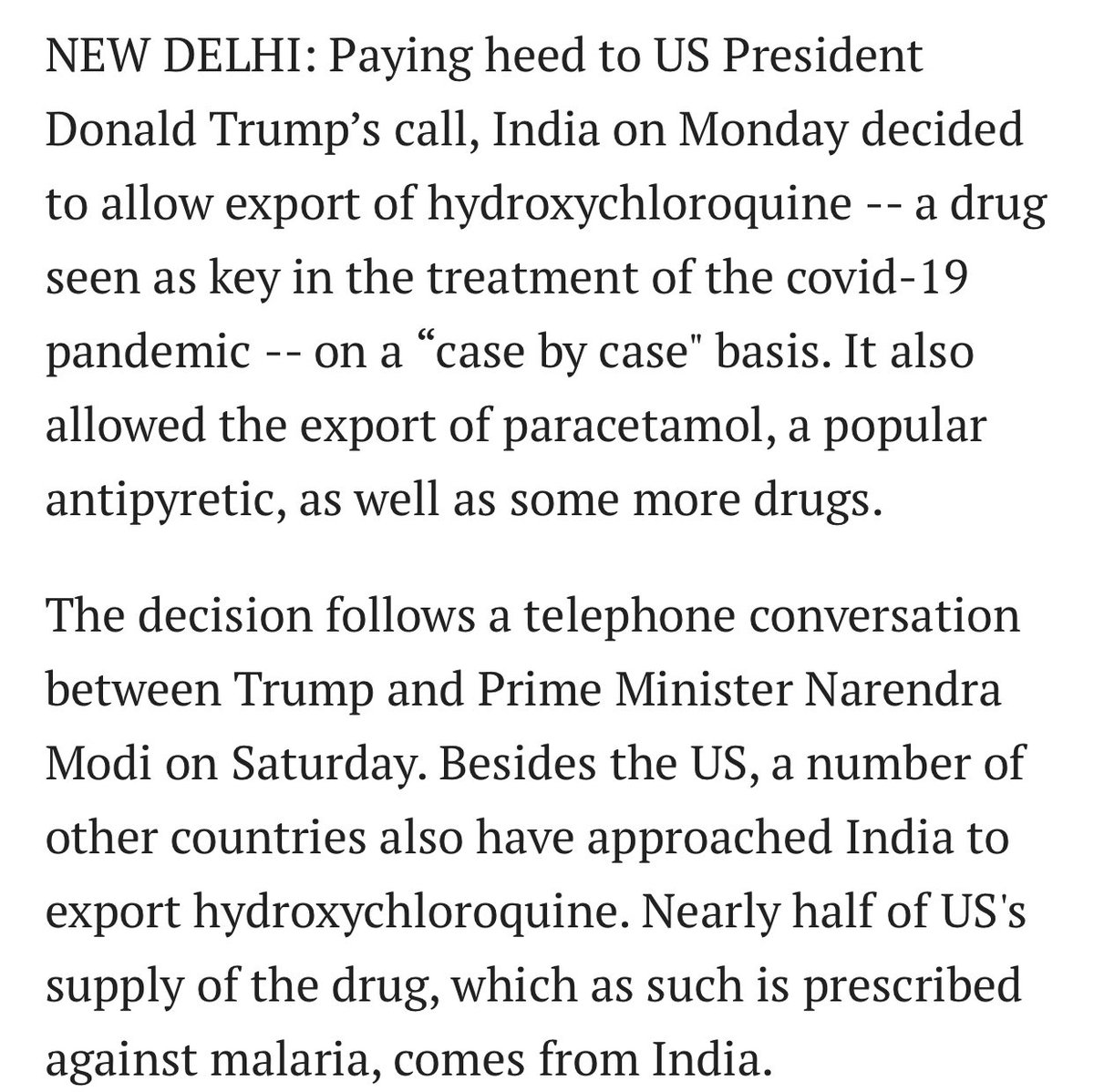 THIS IS HUGE ANONS CHECK IT OUT FOR YOURSELVES
We have much much more than we know! Q stringers and posts and wikileaks emails connection

An Anon says
I think I stumbled upon something huge that was right under our noses
So a couple of breads ago, an anon posted the following: pic.twitter.com/yRtBAxM6eu

Trump Slams WHO For Kowtowing To Beijing, Hints US Will Take “A Good Look” At Funding

The W.H.O. really blew it. For some reason, funded largely by the United States, yet very China centric. We will be giving that a good look. Fortunately I rejected their advice on keeping our borders open to China early on. Why did they give us such a faulty recommendation?

106K people are talking about this
Source: zerohedge.com
Chanel Rion From OANN asked Trump a very interesting question about the mission, she asked if there are any other illicit activities you are going after.

Connection made.
RC end.
We have grounds.
Reverting.
Thank you.
Q

You have more than you know.
Steel.
Tech.
America for sale.
Systematic weakening of the US.
U1.
Cash flow funnel.
Inside job.
Traitors.
$
We are in control.
Those awake can see.
Q

>>936314
Q
Please confirm or tell us if we are wrong about POTUS weekly address “It’s happening” meaning what we all think it means.

>>936517
Border states are VERY key.
Bigger than you can imagine.
The pipeline.
Not R vs D.
CA is special.
Public will learn.
Q

2 thoughts on “Public Will Learn, Rule Of Law Returns, Bigger Than You Can Imagine – Episode 2142”