The economy is moving forward, we see businesses opening, we see real estate picking up, we see the economy coming alive again. Home sales in Houston spike, the people who were waiting to purchase a house doing it now. Trump is ready to sign an EO, the EO would expedite the permitting of construction projects despite environmental rules. The [DS]/MSM is now pushing their agenda, but this new event has failed, Trump and the patriots are in control and they are tracking and monitoring those involved in the latest event. The pandemic has basically ended, HCQ report has been retracted and now the [DS] is planning their next event. The people are waking up, the people are now seeing the truth.

Graham on subpoenas: Now that we figured out that the Mueller investigation was driven by people who hate Trump’s guts, no one seems to care..I want to find out why they kept going after Flynn, when everyone says he shouldn’t have been part of Crossfire Hurricane

Kyiv’s court authorizes compulsory interrogation of Poroshenko  , Kyiv’s Pechersky District Court has ruled that fifth president of Ukraine, Member of Parliament Petro Poroshenko must be brought to the premises of the State Bureau of Investigation (SBI) for questioning on June 10. The court’s ruling that authorizes compulsory interrogation of Poroshenko was passed on June 4, the SBI’s press service said.  Source:  unian.info

I am to happy announce that Navy Veteran, Michael White, who has been detained by Iran for 683 days, is on a Swiss plane that just left Iranian Airspace. We expect him to be home with his family in America very soon….

….I will never stop working to secure the release of all Americans held hostage overseas! Thank you Switzerland for your great assistance. 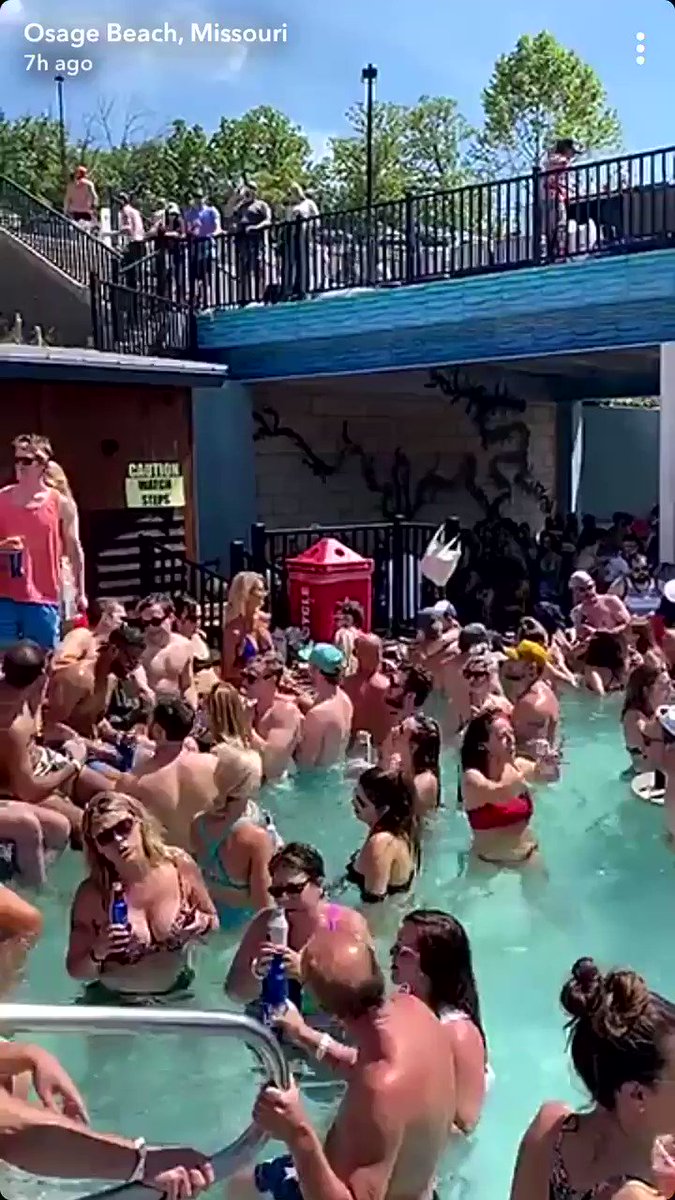 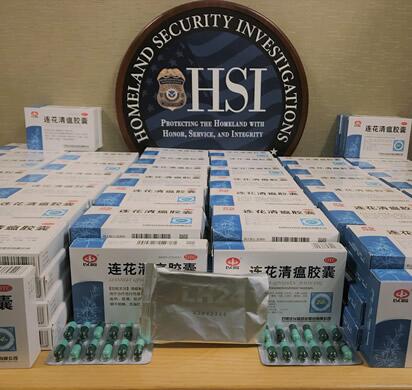 Antifa is short for anti-fascist. The group has long claimed a leadership role in violent movements across America and the world.

“They do not hesitate to either push back or incite some kind of violence. In our classes and in our meetings, before we do any sort of demonstration or Black Block, we talk about weapons detail and what we carry and what we should have,” said the Project Veritas Undercover Journalist.

Acting DHS Secretary Chad Wolf: Feds Have Opened Up Investigations Going After ‘Leaders Of Antifa And Other Organizations’

AG BARR: “We have evidence that Antifa and other similar extremist groups as well as actors of a variety of different political persuasions have been involved in instigating and participating in the violent activity. We are also seeing foreign actors playing all sides..” 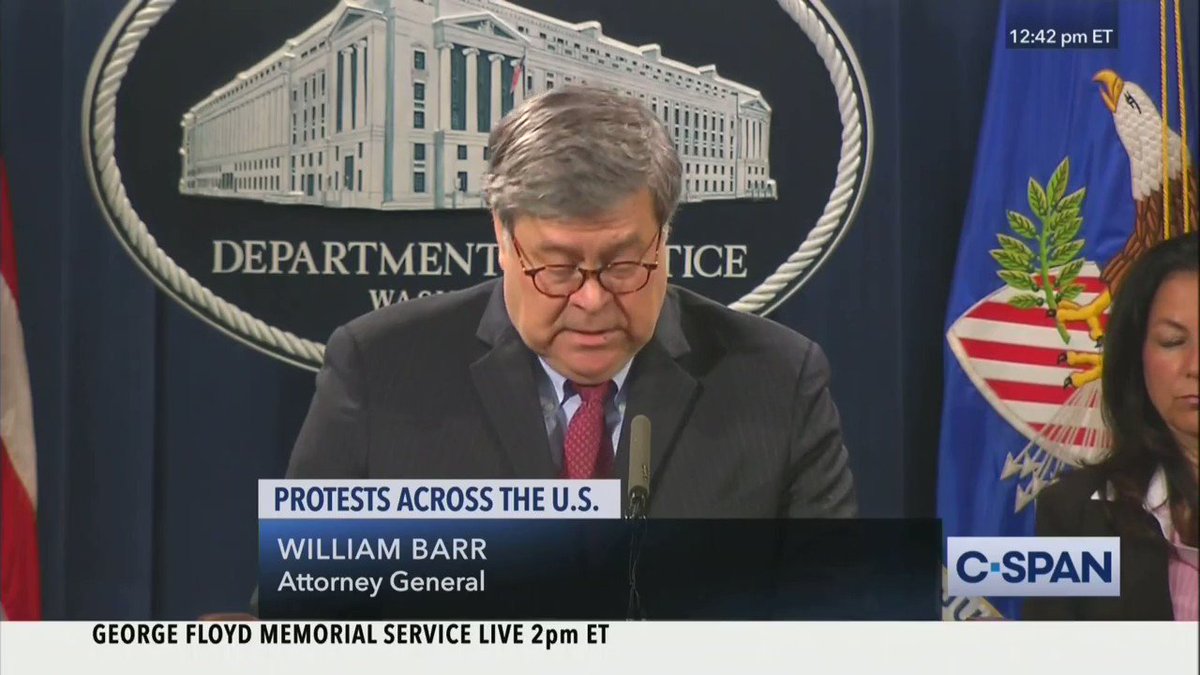 AG Barr mentioned Antifa, but no reporter asked any questions about it A  even though they both called them out by name as being a part of the violence in many of the cities.

https://trends.google.com/trends/explore?date=today%205-y&geo=US&q=black%20lives%20matter📁
Do you see a pattern?
Q

TAKE A LISTEN
Demons continue to serve the devil in his attempt to lead the world away from God and into sin.
Q

https://twitter.com/thehill/status/1268594745254780928📁
DC Mayor Muriel Bowser criticizes fencing around White House: “That’s the People’s House. It’s a sad commentary that the house & its inhabitants have to be walled off… We should want the White House to be opened up for people to be able to access it from all sides.”
What happens if a breach occurs @ WH?
Attempts [coordinated] to ‘capture a horrifying moment’?
https://www.dictionary.com/browse/goal📁
goal – the result or achievement toward which effort is directed; aim; end.
What happens then?
Heavy protect (WH) _prev?
POTUS ‘warning’ meant to push ‘rational thought’ (peaceful protestors) _prev coordinated anarchist [anarchy 99] push to victory [WH breach]?
Q

Jun 04, 2020 3:16:58 PM EDT
Q !!Hs1Jq13jV6 ID: 02a68a No. 9468549
https://twitter.com/wmalnews/status/1268584801965146114
JUST IN: DC Mayor Muriel Bowser says there will not be a curfew in the District tonight as protests over the death of George Floyd are expected to continue. DC Police say no arrests were made last night, as demonstrations were peaceful.
https://thehill.com/homenews/house/501173-pelosi-demands-trump-clarify-deployment-of-unidentified-law-enforcement-in-dc
Pelosi demands Trump clarify deployment of unidentified law enforcement in DC

Speaker Nancy Pelosi (D-Calif.) on Thursday demanded that President Trump provide a list of the agencies involved in deploying law enforcement officers around Washington, D.C., in response to the crowds of demonstrators protesting police brutality.

Some officers policing protests in the city in recent days have been seen without any identifying labels on their uniforms, raising questions about which law enforcement agencies they represent.

As he began to speak about reforming the LAPD during his Wednesday evening press conference, Los Angeles Mayor Eric Garcetti called this an “urgent moment” for the city, “an inflection point.”

He said he is “committed to making this moment not just a moment.”

Garcetti said he would be making commitments to creating racial equality. “It is time to move our rhetoric towards action to end racism in our city.”

He said the city must move beyond police reforms of the past. “Prejudice can never be part of police work…It takes bravery to save lives, too.”

“We will not be increasing out police budget,” said the mayor. That allocation is pegged at $1.8 billion in the mayor’s previously proposed budget. Garcetti spoke of “reinvesting in black communities and communities of color.”

The mayor proceeded to announce $250 million in cuts to the proposed budget and to reallocate those dollars to communities of color, “so we can invest in jobs, in education and healing.” L.A. Police Commission President Eileen Decker then announced that $100 million-$150 million of those cuts would come from the police department budget.

If you’ve been tuned into the Minneapolis public safety scene, you know that for years, Reclaim the Block and other grassroots community groups have been asking the city to do one thing: stop investing in policing.

Budget meeting after budget meeting, they’d turn out with their petitions and signs, demanding the city put less money into its police department and more money into programs that stop crimes from happening in the first place – affordable housing, addiction counseling, violence prevention programs.

The council’s been listening.

“I think we’ve had a vision for a while of wanting to see another kind of city response to those [911] calls,” says Council Member Steve Fletcher, whose Ward 3 covers parts of downtown.

But it’s one thing to think that’s a good idea and another to get it done. The city has “struggled” to put any of these reforms in place in a substantial way, Fletcher says.

Then George Floyd was killed by Minneapolis police.

Now the council members are listening to a city that is wounded, angry, fed up with decades of violence disproportionately visited upon black and brown residents. Various private and public bodies – from First Avenue to Minneapolis Public Schools – have essentially cut ties with the police department. Council members are trying to figure out what their next move is.

Their discussion is starting to sound a little more like what groups like Reclaim the Block and the Black Visions Collective have been saying for years. On Tuesday, Fletcher published a lengthy Twitter thread saying the police department was “irredeemably beyond reform,” and a “protection racket” that slows down responses as political payback.

“Several of us on the council are working on finding out what it would take to disband the Minneapolis Police Department and start fresh with a community-oriented, nonviolent public safety and outreach capacity,” he wrote.

Important to understand.
ONLY AT THE PRECIPICE [moment of destruction] WILL PEOPLE FIND THE WILL TO CHANGE.
Q

In an important moment for science and data transparency, @thelancet announces that its 96,000 observational study on hydroxychloroquine has been RETRACTED.

A sad story but an important one

When media and [D] elected officials [coordinate] [knowingly] attempt to prevent a ‘medically verifiable’ solution [prevention] re: COVID-19 [prev_death] we enter a STATE OF CRISIS.
When [D] elected officials [coordinate] [knowingly] push COVID-19 positive ‘elderly’ patients into nursing homes [HOT SPOT(s)_ most at risk] we enter a STATE OF CRISIS.
Your life means nothing to them [sheep].
You are a vote when it matters and a dollar sign when it does not.
Q

Operators are standing by.
Q

Tonight the President of the United States used the American military to shoot peaceful protestors with rubber bullets & tear gas them.

For a photo op.

This is a horrifying use of presidential power against our own citizens, & has no place anywhere, let alone in America. Vote.

Q told us  in post 4397
You are a vote when it matters and a dollar sign when it does not.

If you’re in a place to give, donate today to support groups working to end racial injustice, increase the representation of Black people, and fight efforts to suppress Black votes.https://t.co/gaBnz2veD2 pic.twitter.com/fI9MLxdtUd

One thought on “Terrorists Tracked,At The Moment Of Destruction Will People Find The Will To Change – Episode 2191”