The time has come, Trump and the patriots have built the foundation for the next economy. An economy without the [CB], this has been planned a long time ago. The [CB] is losing control and now it is time to take back our economic future. The [DS]/MSM believe they are in control, optics are important. The patriots are ready to spread the cure WW, judgement day is coming and nothing can stop this, nothing. The patriots are in total control and we are now ready to take back the country. The clock is ticking down and Trump and the patriots have put everything in place. Ep 2381b – The Cure Will Spread WW, Timing Is Everything, Judgement Day Executive Order on Building the National Garden of American Heroes

Executive Order on Protecting Americans From Overcriminalization Through Regulatory Reform

This plan for censorship is not just for this moment, this is the [DS] plan moving foward, it mimics China censorship. They want full control

Troops in Kenya, him

Over the weekend, 50,000 restaurants in Italy opened in a mass civil disobedience demonstration, despite lockdown restrictions. WE NEED THIS WORLDWIDE! 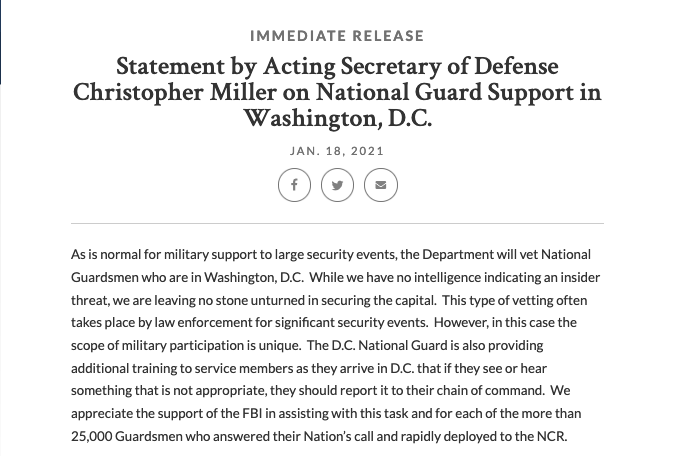 Department of Defense has “no intelligence indicating an insider threat” per statement just released.

Loyalists_critical.
A counter-attack to the 1st [law and order] strike _prepared and ready in an effort to change the narrative _prevent [blind] mass public awareness re: coord effort to remove [sitting] US POTUS _covertly disrupt CoC _regional comm as needed.
Media plans to disregard [re_label as political attack _AG election interference] and inject script.
Some commanding officers [EOs] may provide [CLAS 1-99] that do not reflect those [1-99] of the POTUS or the AG of United States.
Appropriate action should be taken.
Remember your oath.
Remember your mission.
Infiltration not invasion.
Defend and protect at all costs.
Q Pence just ended his address to the 10th Mountain with this: 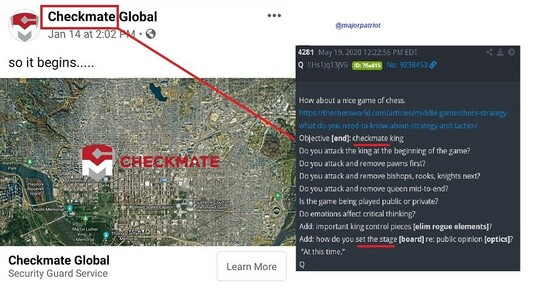 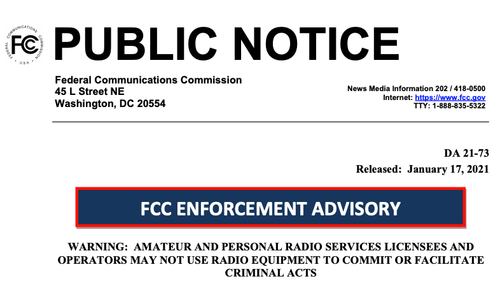 WARNING: AMATEUR AND PERSONAL RADIO SERVICES LICENSEES AND OPERATORS MAY NOT USE RADIO EQUIPMENT TO COMMIT OR FACILITATE CRIMINAL ACTS
Source:  docs.fcc.gov

Trump  Officials are considering an elaborate send-off event reminiscent of the receptions he’s received during state visits abroad, complete with a red carpet, color guard, military band and even a 21-gun salute, according to a person familiar with the planning who spoke on condition of anonymity ahead of a formal announcement.”

Should we tell all the good people watching the day & time?
Red carpet rollout?
Think logically.
The world is watching. 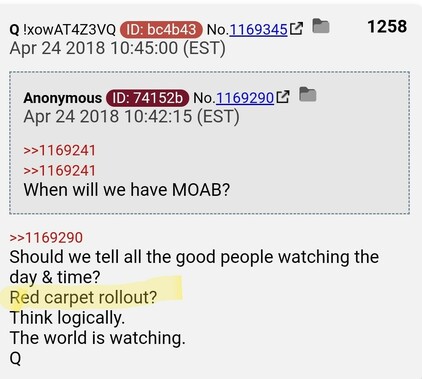 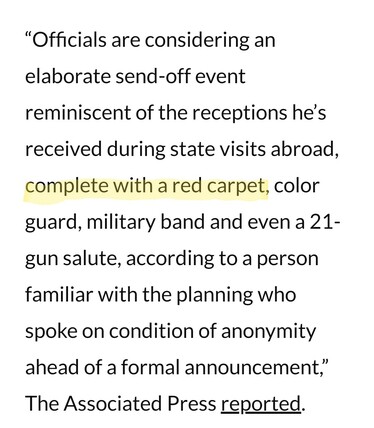 We are WITH YOU.
Q 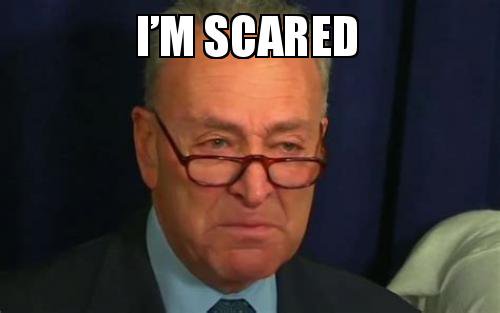 US defense law of war