The [DS][CB] plan has been accelerated, the [DS] has taken the bait and they are moving forward with their ultimate plan, the reset which will control the world. Trump and the patriots can clearly see who are apart of the [DS] and who are not. The World Leaders are now taking sides. The [DS]/MSM believe they are in control. They are moving forward with their agenda. Trump and the patriots have trapped them, this is not about the 4 year election this is about breaking their system once and for all. The people needed to see it all, they needed to see their true selves and how evil and diabolic they really are. With out experiencing it, feeling and tasting the people around the world would never usher in change. Trump and the patriots have opened the door, the people have to decide if they are going to walk through it.

In Striking Reversal, One Bank Warns That 2021 Could See The “Biggest Fiscal Contraction In History”

British Environment Secretary George Eustice said Sunday it might be possible to “squeeze out extra time” if the two sides were close to an agreement. And although the UK’s chief Brexit negotiator David Frost said on Sunday that he was heading back to Brussels for more talks with his EU counterpart, Michel Barnier, he insisted that the UK “will not be changing its position” in the coming talks, as BoJo continues his heavy-handed push to force the EU to cave on issues from fisheries access, to Brussels’ demands for a “level playing field”, to the powers of the European Court of Justice.

Frost added in a string of tweets that while there has been “some progress” during the latest round of talks, it’s still extremely possible that “we may not succeed” in striking a mutually agreeable deal. At this point, even the BBC has pointed out that whatever deal does come to pass will be minimal.

“Great Reset” Of Capitalism A Threat To Our Way Of Life: Australian Senator

“This is a group of global lefty elites—billionaires, business executives, and celebrities—who think they know better than us how to run our own country,” she said.

And there it is. The covid virus (the flu), is the crisis they needed to bring in the reset or otherwise known, global communism. Trudeau isn’t even hiding it now. They see us over a barrel…. pic.twitter.com/qk2BuekRgY

“If you count the ballot fraud, most pollsters clearly failed. If you don’t include the fraudulent ballots, most pollsters failed on a spectacular scale,” wrote Basham. Yet, here’s where things get fishy in the 2020 race which he mentions at the end of his column. He cites Richard Baris of Big Data Poll who noted something funny about Biden’s numbers in the cities, how it lagged behind Clinton’s numbers, but shot off to the moon in these four cities. Just take a look at the states in which these cities are located as well:

How curious that, as Baris notes, “Trump won the largest non-white vote share for a Republican presidential candidate in 60 years. Biden underperformed Hillary Clinton in every major metro area around the country, save for Milwaukee, Detroit, Atlanta and Philadelphia.”

Strange coincidence that former Pfizer exec led Biden cancer charity that did no cancer research and then Pfizer has a effective vaccine that they may have delayed to after election to tell @realDonaldTrump about?

NEW: A California judge rules that Governor Newsom overstepped his authority when he issued an executive order requiring vote-by-mail ballots sent to all registered voters, says he does not have the authority to amend or change existing law, even during a public emergency (KCRA).

In 2016, media declared Hillary Clinton won BEFORE We The People voted. She lost. @realDonaldTrump won.

In 2020, the media declared Joe Biden won AFTER We The People voted. He lost. @realDonaldTrump won.

Every lie will be revealed.

Worse than that, the evidence will show that #Dominion and #Smartmatic were created for the precise evil purpose of rigging elections for corrupt rulers. And the companies are foreign owned, created with communist money.@realDonaldTrump @LLinWood https://t.co/DlQPA6AiuI

“We began to look and realized how easy it is to change votes.”

Election security expert @RussRamsland has performed many investigations on US election machines.

The most *shocking* thing about this interview is it took place just days BEFORE the election. Watch🔻 pic.twitter.com/53Kcxmne2e

1/ They’re playing word-footsie: Venezuelan firm Smartmatic is a subsidiary of Dominion. Smartmatic’s chairman is a member of the British House of Lords, Mark Malloch Brown, a former vice-chairman of George Soros’ Investment Funds & former vice-president at the World Bank. https://t.co/kcyFh3EQFN

2/ Venezuelan firm Smartmatic is a multinational company that specializes in technology solutions for governments. The money for it came out of not only Venezuela but Cuba for the express purpose of being able to alter votes to secure the election for Hugo Chavez and then Maduro

3/3 This is coming to light as a massive National Security Issue for the United States that should be investigated by Military Intelligence for its national security implications.

This is about to blow wide-open.

To be clear: #WeThePeople elected @realDonaldTrump in a #LANDSLIDE.
WE decide that he stays in office. He’s conceding nothing. WE KNOW there was massive #ElectionFraud. MASSIVE
Not only has
.@POTUS ordered to #ReleaseTheKracken #WeThePeople DEMAND IT.
We are #FedUp@RudyGiuliani pic.twitter.com/bgIECGxlIJ 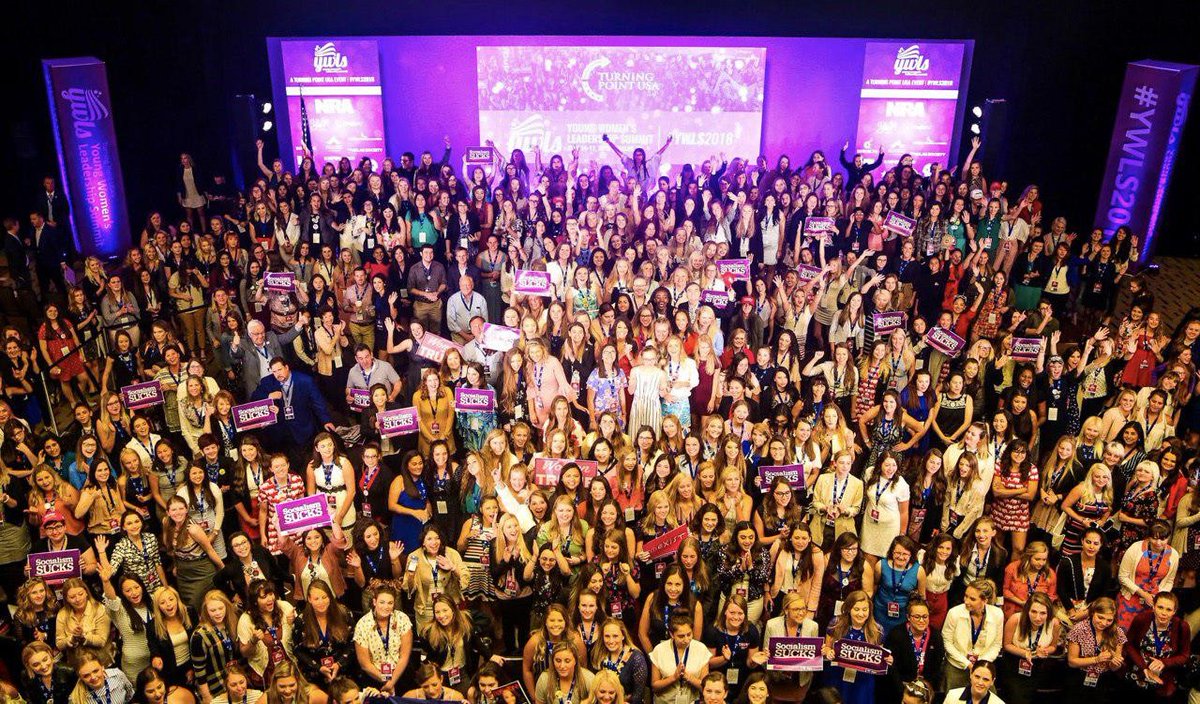 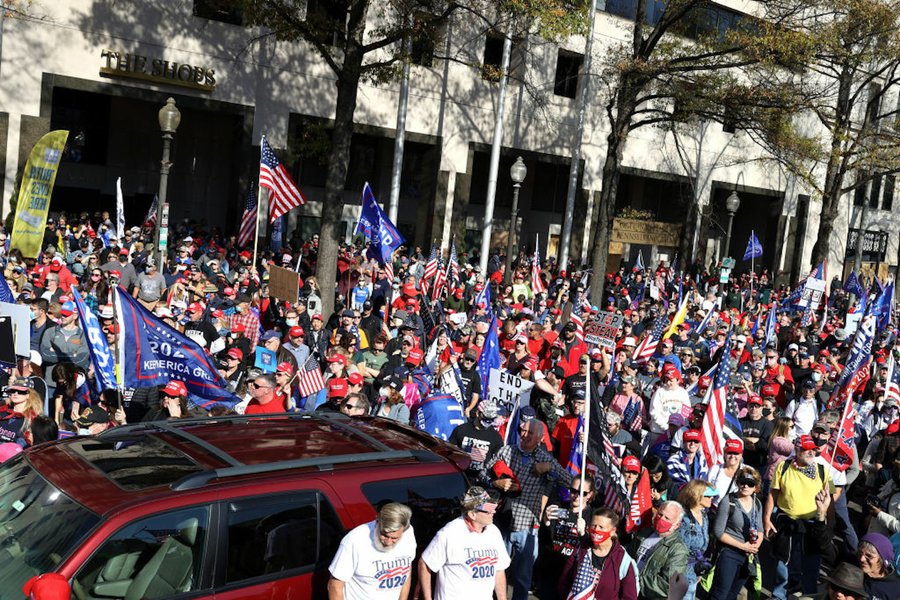 Do you really think Linn Wood and Sidney Powell would just say these things if they couldn’t prove them, they have the evidence.

All of the mechanical “glitches” that took place on Election Night were really THEM getting caught trying to steal votes. They succeeded plenty, however, without getting caught. Mail-in elections are a sick joke!

There is tremendous evidence of wide spread voter fraud in that there is irrefutable proof that our Republican poll watchers and observers were not allowed to be present in poll counting rooms. Michigan, Pennsylvania, Georgia and others. Unconstitutional!

I look forward to Mayor Giuliani spearheading the legal effort to defend OUR RIGHT to FREE and FAIR ELECTIONS! Rudy Giuliani, Joseph diGenova, Victoria Toensing, Sidney Powell, and Jenna Ellis, a truly great team, added to our other wonderful lawyers and representatives!

He only won in the eyes of the FAKE NEWS MEDIA. I concede NOTHING! We have a long way to go. This was a RIGGED ELECTION!

Trump Attorney Rudy Giuliani Says Election will Be Overturned: “We Have Proof I Can’t Disclose Yet” (Video)

The Treehouse is Deplatformed…

…”given the incompatibility between your site’s content and our terms, you need to find a new hosting provider and must migrate the site by Wednesday, December 2nd.

The [DS][CB] are pushing their agenda, Countries are locking down, Trump responds to it all by saying no lockdowns

And he also said no mandatory vaccinations

So I will be holding a funeral for my pet turkey that will pass away on November 26th.

The American people stand behind you Mr President! pic.twitter.com/syR4duaF8Z

.@YahooNews, you’re wrong. Photo was taken by Brooks Meriwether (name on image, if you did research) from @NBCWashington, and posted by NBC DC reporter, @shomaristone. That is the original image, without edits. Your story is FAKE. Retraction? https://t.co/ngmeHrc3CZ pic.twitter.com/3y8Ygnznlz 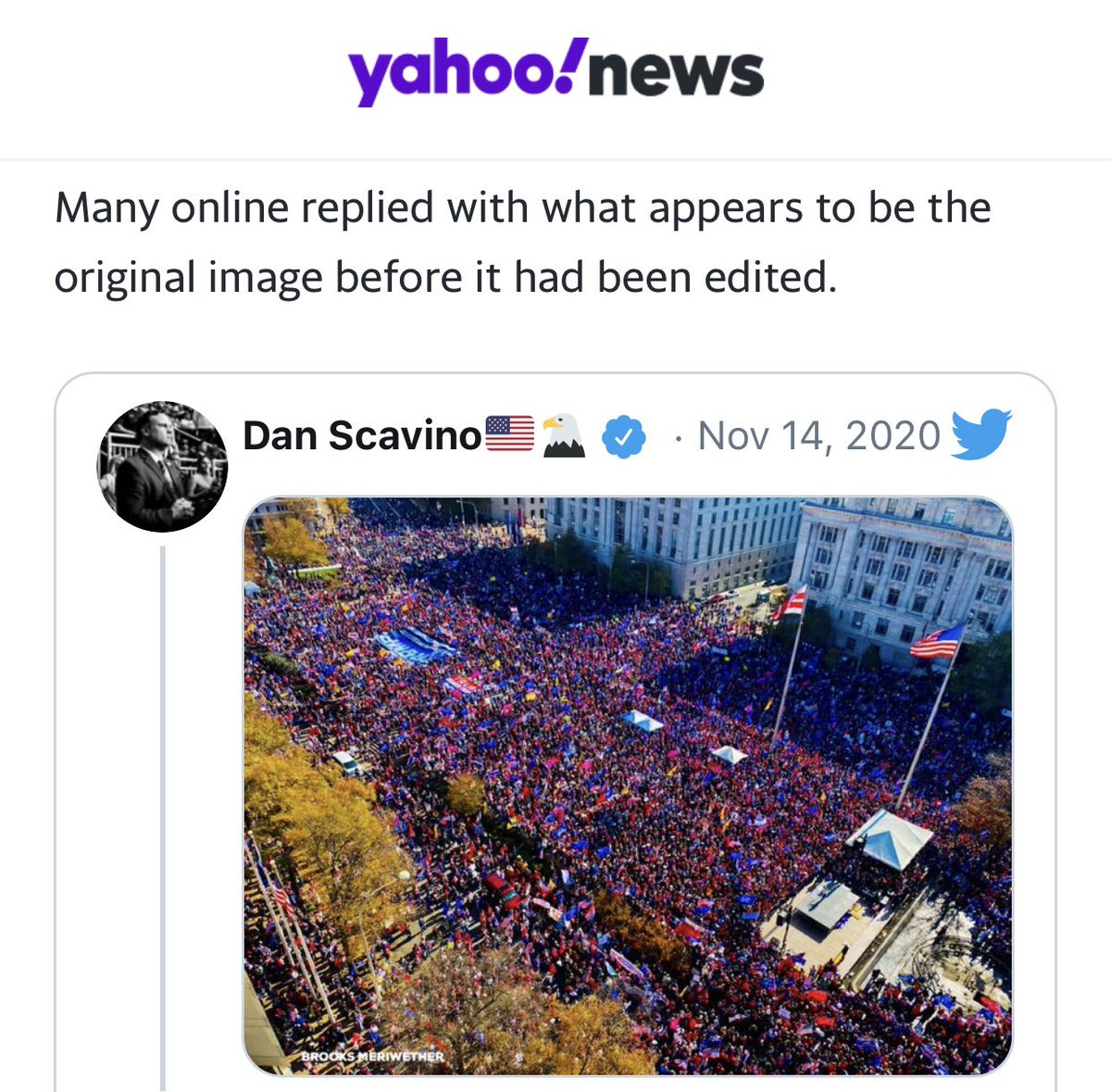 After the rally started to die down, Antifa came out from the shadows

Black Lives Matter militants are now assaulting Trump supporters at random in DC. Be safe out there. pic.twitter.com/RqZGZX4ZSV

DC: Antifa and BLM physically assault a Trump Supporter by macing him and beating him over the head with a flag pole pic.twitter.com/FG63zpe7Tl

So lets see the MSM is projecting that Biden is the president elect, so why is this still going on, what are they really doing, they are trying to bait Trump and his supporters, they want a civil war

The President’s supporters have a right to peacefully rally supporting POTUS just like his opponents have that same right. The physical assaults today by violent leftists targeting his supporters is abhorrent. The near total media blackout of the violence is terrible…& telling.

The Silent Media is the Enemy of the People!!! https://t.co/I2LnE3dpI9

Radical Left ANTIFA SCUM was easily rebuffed today by the big D.C. MAGA Rally crowd, only to return at night, after 99% of the crowd had left, to assault elderly people and families. Police got there, but late. Mayor is not doing her job!

Why do they let the antifa, criminals burn loot, hurt people, because the [DS] are criminals themselves, they are one in the same. What antifa is, is how they really think about the people. Remember they hide behind their suits, their fancy homes etc.. They cannot show there true feelings, optics are very important to [DS]/[CB], Antifa allows them to express how they really feel about We The People, they cannot stand freedom, logical thinking, rights, the constitution.

Think Logically
1. What was the [DS]/[CB] ultimate plan? Reset, Control
2. How Do You Get The [DS]/[CB] To Come Out Of The Shadows And Into The Light?
3. If The [DS]/[CB] Believe They Are In Control, Would They Speed Up Their Plan?
4. “Appear weak when you are strong, and strong when you are weak.” Sun Tzu
5. How Do You Trap [DS]/[CB]?5. Somethings You Just Can’t Tell The People, Sometimes You Must Show The People To Wake Them Up 6. Welcome To The Great Awakening
7. Everything You Are Witnessing Is The Plan Unfolding, It Had To Be This Way, Think Of The Alternative
8. “The whole secret lies in confusing the enemy, so that he cannot fathom our real intent.” Sun Tzu
When election fraud is shown and everyone can see it, because it was done on a large scale, what happens to the social media companies, the MSM, the corrupt politicians who knowingly went along with the [DS]/CB plan.

#DigitalSoldiers must hold the moral, legal & ethical high ground for our children & grandchildren. Today we must help the legal scholars willing to assist America & #FightBack

This flag waves for many who have paid the ultimate price for our freedom, let’s not let them down. pic.twitter.com/1nBU7izBOm