The [CB] is doing exactly what the patriots want, they are keeping the rates low and pumping QE, the economy is about to burn itself out, the debt level is going to go through the roof. The stock market has some strange occurrences with certain stocks, Game Stop, AMC and others. The [DS]/MSM are now trapped, they are red pilling America, people can now see very clearly and they don’t like what they see. Trump did not attend JB inauguration and he didn’t hand over the football, why? It seems that everything is heating up, DHS puts out a warning and the impeachment is a go, the Senate was actually the target. The Super Bowl is going to look like a puppy show, there is no escape. Ep 2389b – Think Football, The Super Bowl Will Look Like A Puppy Show, No Escape For Players 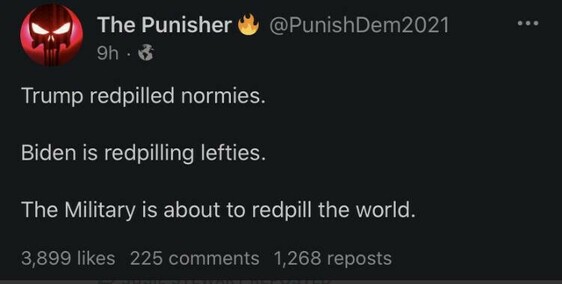 Page’s unwitting statements of innocence to informer Stefan Halper were never shared with the Foreign Intelligence Surveillance Court before it approved four warrants authorizing a full year of surveillance of Page’s communications.

Page’s exculpatory statements were kept from the American people for four years until President Trump declassified them on his final day in office last week. They were obtained by Just the News.

If this is illegal, doesn’t it mean the elections were tainted, shouldn’t we inspect every mailin ballot. The law was not created by the legislatures,

The Senate just voted on my constitutional point of order.

45 Senators agreed that this sham of a “trial” is unconstitutional.

That is more than will be needed to acquit and to eventually end this partisan impeachment process.

This “trial” is dead on arrival in the Senate.

A bunch of federal judges have announced they’re taking senior status or retiring in the week since Biden took office, more names added to the AO’s list online (highlighted names in both images + Hollander) pic.twitter.com/0PxVUXd99q 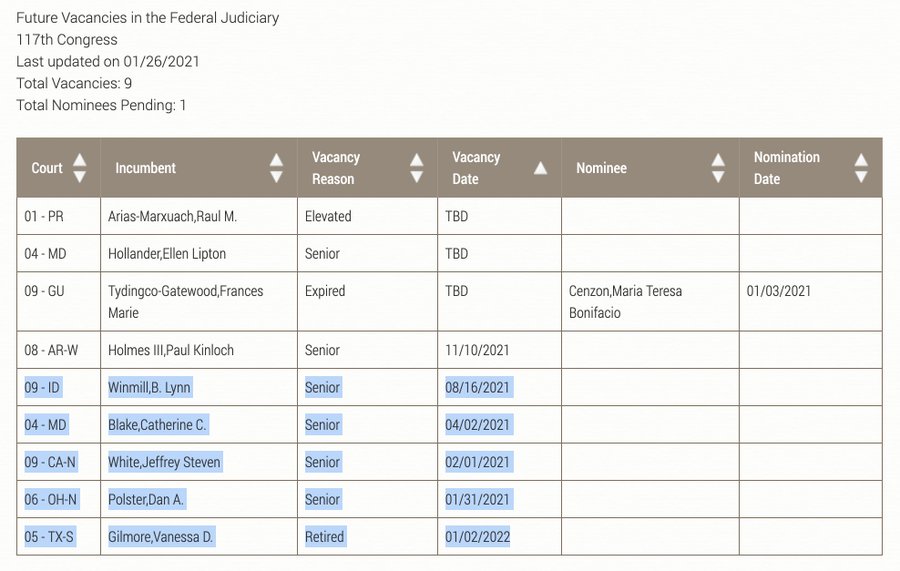 https://www.washingtonexaminer.com/opinion/byron-yorks-daily-memo-exclusive-dni-to-schiff-the-transcripts-are-ready-to-release
Sorry, Adam, but the game is now over [it doesn’t end here].
Locked on target.
[it takes time to remove/install the right people [sleepers]]
We are ready.
Q

Shall we play a game?
[N]othing [C]an [S]top [W]hat [I]s [C]oming
NCSWIC
https://www.cisa.gov/safecom/NCSWIC
Who stepped down today [forced]?
https://www.cisa.gov/bryan-s-ware
More coming?
Why is this relevant?
How do you ‘show‘ the public the truth?
How do you ‘safeguard’ US elections post-POTUS?
How do you ‘remove’ foreign interference and corruption and install US-owned voter ID law(s) and other safeguards?
It had to be this way.
Sometimes you must walk through the darkness before you see the light.
Q
Then we move into the timing of all of this to go down, Flynn tweeted out a quote from GW and mentioned that we need 30 days. Is it 30 days from JB inauguration, I believe so, remember the post that had to do with the superbowl

>>5294864 (/pb)
But, you knew that already.
Hence why [AS][SDNY][MW] are attempting to keep the ‘insurance’ scheme ongoing post Mueller.
FEAR.
The fun begins directly after.
Will make the Super Bowl look like a puppy show.
Q

>>228286
>>228286
I have posted this so many times.Tomorrow is Freedom Day. Q posted a flag named Freedom and timing is everything.Tomorrow. 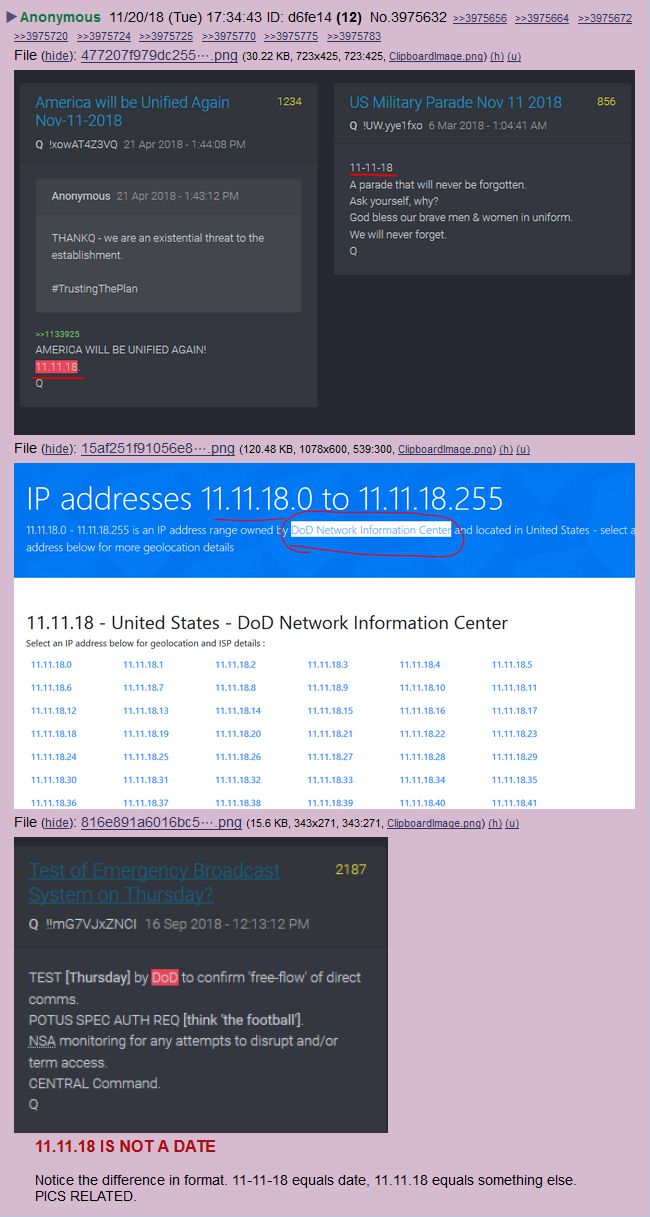 TEST [Thursday] by DoD to confirm ‘free-flow’ of direct comms.
POTUS SPEC AUTH REQ [think ‘the football’].
NSA monitoring for any attempts to disrupt and/or term access.
CENTRAL Command. we will come back to
Q
The nuclear football (also known as the atomic football, the president’s emergency satchel, the Presidential Emergency Satchel,[1] the button, the black box, or just the football) is a briefcase, the contents of which are to be used by the President of the United States to authorize a nuclear attack while away from fixed command centers, such as the White House Situation Room. It functions as a mobile hub in the strategic defense system of the United States. It is held by an aide-de-camp.

Trump says he’s skipping Biden’s inauguration. Here’s what happens to the ‘nuclear football’ if he’s not there

The National Military Command Center (NMCC)[1] is a Pentagon command and communications center for the National Command Authority (i.e., the President of the United States and the United States Secretary of Defense). Maintained by the Department of the Air Force as the “DoD Executive Agent” for NMCC logistical, budgetary, facility and systems support;[2] the NMCC operators are in the Joint Staff‘s J-3 (Operations) Directorate.[citation needed] “The NMCC is responsible for generating Emergency Action Messages (EAMs) to missile launch control centers, nuclear submarines, recon aircraft and battlefield commanders”.[1]

The [DS]/MSM/DS  are doing all of Trump’s work for him.

They’re destroying and at the same time they are red pilling many others themselves.

Trump’s return will end the war, the timing was left to him

20 thoughts on “Think Football, The Super Bowl Will Look Like A Puppy Show, No Escape For Players – Ep. 2389”