The [DS] do not want small businesses in America. Big corporations do want the competition for their new system. The system they are developing is the same system that Mussolini developed in Italy, it’s called fascism. Inflation is one way of getting rid of the old corrupt system and ushering in a news people’s system. This is what we are witnessing right now. The patriots are preparing to make their move. The trigger is about to be pulled. The only way forward is transparency, freedom thrives in the light. The power of the law is now being pushed from the bottom up. The states are changing the laws very quickly, this will stop the [DS] in their tracks. The patriots are now sending out comms letting us know the direction we are headed in, the storm is coming, prepare. Ep 2428b – Transparency Brings Accountability, Freedom Thrives In The Light They don’t WANT small businesses to survive. Not because they’re competition for Corporations
The Big Tech, Corporations money, CCP and others are driving  Biden’s policies

What we are witnessing

cost of living will skyrocket. B

Biden intends to do a MASSIVE Tax increase

Socialists are SHEEP.
Americans are INDIVIDUALS.

The Charter of Labour of 1927 (Italian: Carta del Lavoro) was one of the main pieces of legislation Benito Mussolini, the Italian Fascist dictator from 1922–43, introduced in his attempts to modernise the Italian economy. The Charter was promulgated by the Grand Council of Fascism and publicized in the Lavoro d’Italia newspaper on April 23, 1927. It was mainly designed by Giuseppe Bottai, Under-Secretary of State of Corporations.

The Charter declared private enterprise to be the most efficient,[1] thus helping Mussolini to confirm the support of the rich industrialists who were the initial backers of Fascism. It insisted that state intervention was legitimate only where private enterprise was deficient.[2]

It created a Labour Court supposed to regulate labour controversies (article 5), as well as corporations aimed at superating class conflict. This objective was more or less concretized in the 1934 law on corporations, although workers did not have the possibility of electing their representatives, who were nominated by the state. Beside these state-nominated workers’ representatives, the corporations included representatives of the firms’ directors.

This is what Obama was trying to do before Trump, pass the trans pacific partnership, Trump cancelled it. The TPP allowed a corporate court to be above the government .

The 63rd annual Grammys was on pace to hit a ratings low with a time-zone-adjusted audience of 8.8 million, according to CBS Entertainment. That’s a 53% drop from the 18.7 million who tuned in to last year’s program. #TWTFrontPagehttps://t.co/PMFCnFXoM7

In addition to improving the process by which unaccompanied children are placed with family or sponsors, we will be issuing a new regulation shortly and taking other measures to implement the long-needed systemic reforms.  We will shorten from years to months the time it takes to adjudicate an asylum claim while ensuring procedural safeguards and enhancing access to counsel.

As many as 3,000 immigrant teens to be held in Dallas convention center A Facebook executive has been caught on tape sounding the alarm about how “powerful” the company has gotten and calling for the federal government to intervene and break up the tech giant.

“I mean, no king in history has been the ruler of two billion people, but Mark Zuckerberg is,” Thomas said of Facebook’s CEO. “And he’s 36. That’s too much for a 36-year-old … You should not have power over two billion people. I just think that’s wrong.”

‘Twitter is not reacting to our requests as they should. If the situation carries on then it will be blocked in a month without a court order,’ Subbotin said.

Meanwhile Twitter is also being sued in Russia for allegedly failing to delete material encouraging children to join anti-Putin protests.

Congratulations are in order for liberals and @Columbia University for successfully bringing segregation back by packaging it as “diversity inclusion”.
Just one question: which ceremony do bi-racial children attend? https://t.co/WQL6aAXbmV

I enjoyed the opportunity to catch up with the President earlier today in Florida.

Georgia will never be a blue state. We’re going to make sure of it. 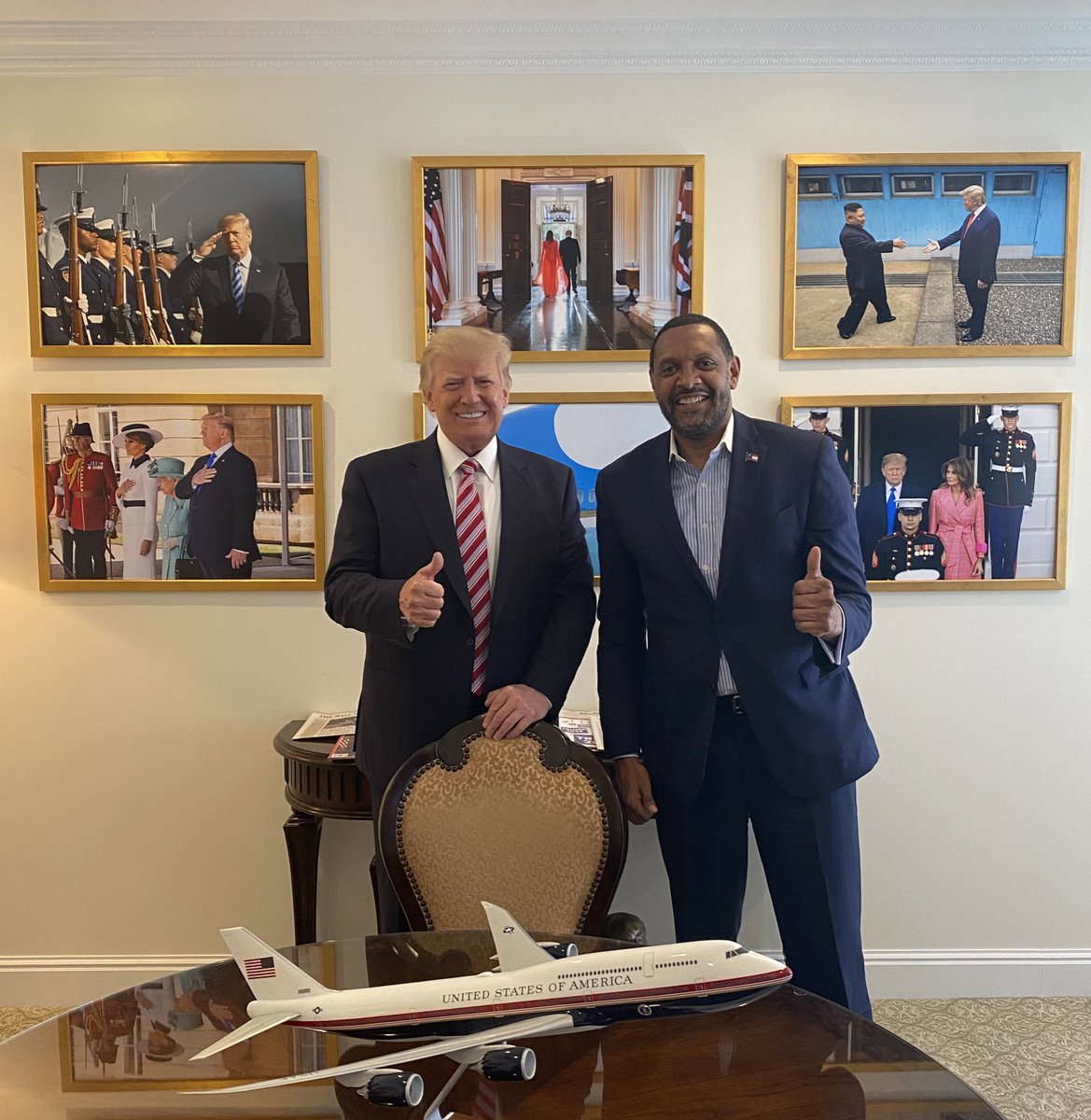 We asked the Washington Post reporter if they’d disclose the source who lied.

The WaPo VP of Communications gave us this response.

WaPo: “our source had not been precise…”

No. The problem isn’t imprecision. It’s is that those precise words were a misrepresentation. https://t.co/yPpdDaFx21 pic.twitter.com/hojJEQkd74

The Arizona House approved HB 2569 last week in a party-line vote. The legislation would ban election officials at all levels of government — city, county and state — from receiving private funds to help pay for any aspect of election operations, including voter registration.

No more private sector cash allowed into the coffers of any state election official.  States fund the election, precincts manage the election, no outside financial influences allowed inside the election process; period. In 2020, private grants, largely funded by donations from Facebook’s founder, helped pay for elections across the country. 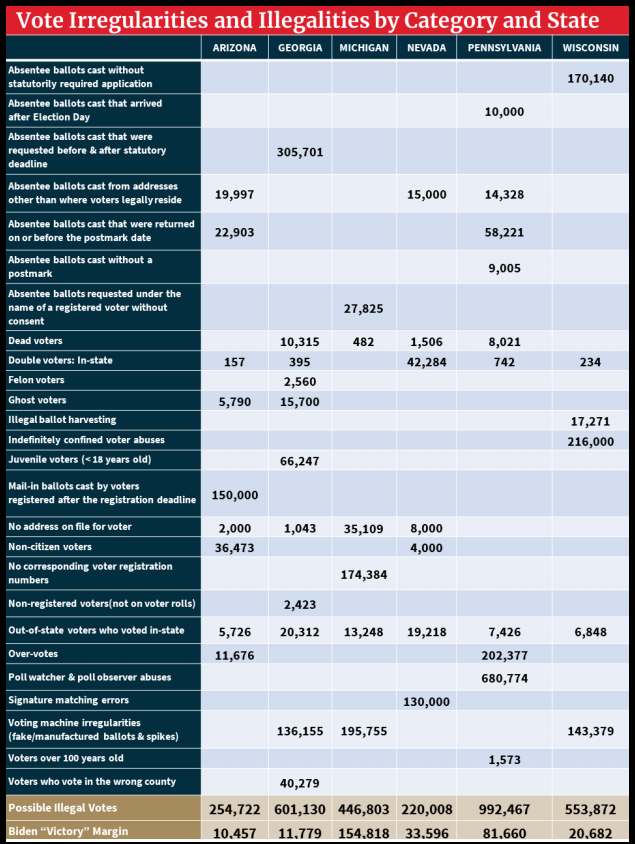 The “For the People Act” should be called the “For the Politicians Act.” H.R. 1 is a power grab that threatens our fair and free elections.

When Democrats lost in 2016, they cried “collusion.” In 2020, they deemed it was “fair” … except in Iowa, where Pelosi is now threatening to overturn the results in #IA02 @RepMMM.

Democrats don’t care about election integrity, they only care about power.

The Washington Post just issued a correction as to the contents of the incorrectly reported phone call I had with respect to voter fraud in the Great State of Georgia. While I appreciate the Washington Post’s correction, which immediately makes the Georgia Witch Hunt a non-story, the original story was a Hoax, right from the very beginning. I would further appreciate a strong investigation into Fulton County, Georgia, and the Stacey Abrams political machine which, I believe, would totally change the course of the presidential election in Georgia.

Fulton County has not been properly audited for vote or signature verification. They only looked at areas of the State where there most likely would be few problems, and even there they found large numbers of mistakes. We are seeking to find and reveal the large-scale election fraud which took place in Georgia. Many residents agree, and their anger caused them not to turn out and vote for two Republican Senators in the January election.

The Consent Decree signed between Raffensperger and Stacey Abrams was not approved by the Georgia State Legislature, and therefore should be deemed invalid, and the election result changed. Why the Governor and Raffensperger ever approved this Consent Decree is one of the great questions? We look forward to an answer.

You will notice that establishment media errors, omissions, mistakes, and outright lies always slant one way—against me and against Republicans. Meanwhile, stories that hurt Democrats or undermine their narratives are buried, ignored, or delayed until they can do the least harm—for example, after an election is over. Look no further than the negative coverage of the vaccine that preceded the election and the overdue celebration of the vaccine once the election had concluded. A strong democracy requires a fair and honest press. This latest media travesty underscores that legacy media outlets should be regarded as political entities—not journalistic enterprises. In any event, I thank the Washington Post for the correction.

This wk is Sunshine Week to bring attn to the obvious: the public’s business ought 2b public We need to overcome secrecy in govt As a farmer I know w/out sunshine there can’t b growth + both corn & democracy thrive in the light Remember transparency brings accountability

For those that don’t know – corn

In Wikileaks and gov docs they would misspell Comey Corney bc it looks the same to the naked eye and FOIA algorithms wouldn’t pick it up. It’s how they stayed secretive while also telling the truth. They did this and similar with tons of people. They would use capital i’s for L’s and Vice versa too.

Then we had comey actually taking pictures in corn fields as comms and we had Grassley and nunes constantly comming us with “corn harvesting pics and tweets”.

https://twitter.com/bhweingarten/status/1255916279325700097
CROSSFIRE HURRICANE
CROSSFIRE TYPHOON
CROSS WIND
[CLAS 1-99 UNRELEASED/REDACTED]
You didn’t think the statement by POTUS re: ‘CALM BEFORE THE STORM’ was just random did you?
Transparency brings accountability.
Q