Many businesses that received the PPE loans should have not have received them, its time to take the money back from certain businesses. [HB] blue star strategies received a loan payout. DS sends the message of Jackson once again. Jackson is the key, it’s time. Trump withdraws from the WHO, the [DS] is now saying the virus is airborne, they are going to be pushing this very hard, more to come. We were told in the beginning that this is our last chance to fight for freedom, we were told what battles we would face, the people are beginning to rise up for freedom, the MSM majority is actually the minority and the minority is actually the majority. We the people are taking back the country, we know the [DS] plan.

Dr. Fauci Warns Any Protection Provided By COVID-19 Vaccine May Be “Transitory”

Trump administration formally withdraws US from WHO

This is absolutely huge news.

ICE just announced that international students whose universities move to online-only this fall must depart the U.S. or transfer schools.

International students make up ~5.5% of the college student population.

If they’re only here for the education and they still get that education online then they an online educate anywhere, no ?

More than 304,000 likes in 9 hours – among the strongest tweets for @realDonaldTrump in some time. Reopening schools is a powerful issue that crosses party lines. pic.twitter.com/JQY8MbEq5Q

This is the most disgraceful lie from Gottlieb yet.

The reality is that death rate is far too high, however, because the number of people of these ages testing positive is, at best, 1/10th of the total. So you’d have to make the numbers one tenth of this. That means of 1.4 million 34 & under the death rate would be .0000194.

Couple of interesting graphs laying this out, which will receive almost no media attention, from @GovRonDeSantis briefing today. Here’s the fatality data. pic.twitter.com/mkrFos5cUy

“COVID-19 (China Virus) Death Rate PLUNGES From Peak In U.S.” A Tenfold Decrease In Mortality. The Washington Times @WashTimes Valerie Richardson. We have the lowest Mortality Rate in the World. The Fake News should be reporting these most important of facts, but they don’t!

FACT: The U.S. case fatality rate is LOW and FALLING. It’s far lower than Italy, France, and the UK! pic.twitter.com/7GA652vOpz

“Here are the facts” pic.twitter.com/Q5r6ZPU6Qk

These are a handful of the words that some local African American leaders are using to rebuke the Minneapolis City Council’s moves toward dismantling the Police Department, even as they demand an overhaul of law enforcement.

“They have shown a complete disregard for the voices and perspectives of many members of the African American community,” said Nekima Levy Armstrong, a civil rights attorney and former president of the Minneapolis chapter of the NAACP. “We have not been consulted as the city makes its decisions, even though our community is the one most heavily impacted by both police violence and community violence.”

EXCLUSIVE: Ghislaine Maxwell has been placed in 14-day COVID isolation at Brooklyn jail

When Epstein’s Palm Beach mansion was raided they found a fully functioning dentist chair no one could explain:https://t.co/5P8hhsnYCR 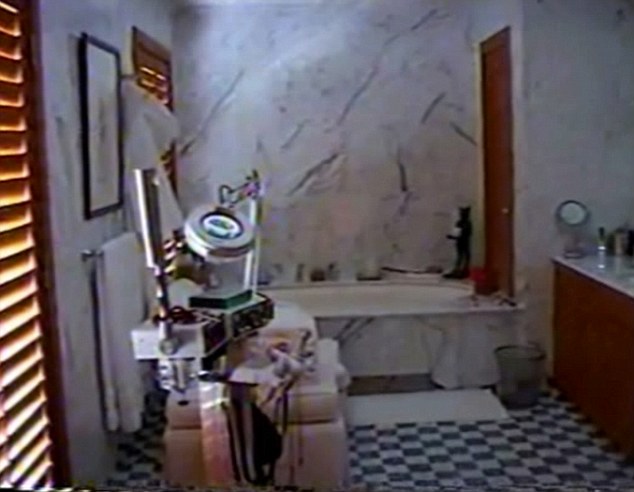 In one bathroom sits a chair. Next to it is a fully equipped dentist’s cart, complete with what appear to be drills, a lamp and other instruments

One thought on “We Were Told The Battles We Would Face, People Are Rising Up For Freedom – Episode 2218”