Ep 2832a – Why Interfere With An Enemy While They Are Destroying Themselves, People Are Rising Up

The [WEF]/[CB] continue to push their agenda of pushing people away from food and having them eat bugs. Canada is now doing what the Dutch have done, they are trying to bankrupt the farmers, the people are rising up. The climate agenda is falling apart. The world is shifting away from the [CB] system. The [DS] has tried everything and the latest push by the unselect committee has fallen apart. The [DS] is trying everything to keep their agenda moving forward, the patriots are counting on this, they want the people to see it all. The world is watching, we will have the country back soon. Soon the people will learn the truth that foreign and domestic bad guys over through the government of the US. Once this truth is known, the next phase of the plan is initiated.

It's official. Trudeau's meeting with provincial agriculture ministers wrapped up yesterday. He is moving forward with a 30% fertilizer reduction. Farms will fail, land will he purchased by billionaires/the government, and people will starve. Farmers are rising up today.

What may surprise some people, however, is that Russia and the BRICS countries, including Brazil, Russia, India, China, and South Africa, are officially working on their own “new global reserve currency,” RT reported in late June. Nobody even seemed to notice.

“The issue of creating an international reserve currency based on a basket of currencies of our countries is being worked out,” Vladimir Putin said at the BRICS business forum last month.

EXCLUSIVE: Veteran who tried to assassinate NY gubernatorial candidate Lee Zeldin during campaign event is hit with federal assault charge one day after he was freed under state’s lax bail laws

Does Bannon contempt case open door for GOP to compel Hunter Biden testimony? Some think so

Lets go back in time, when everyone said lets just arrest all the criminals, how would have it played out if they were tried in DC, it wouldn’t matter how much evidence there was these people would have gotten off, because when the criminal syndicate inflatrated the judges, courts, etc they were put into place to protect their own. 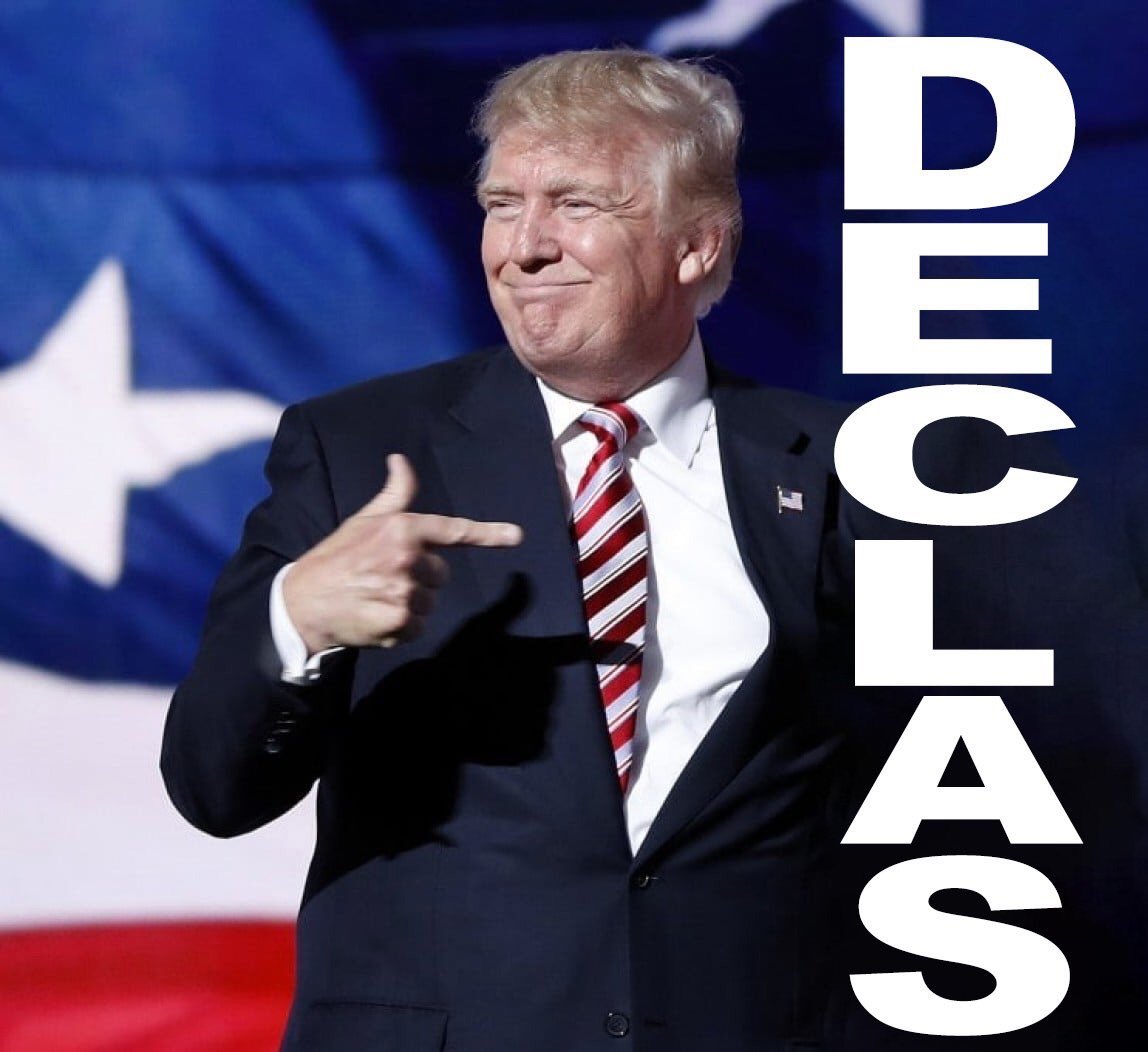 U.S. Officials Have Declassified List Of Obama Officials Who Were Involved In ‘Unmasking’ General Flynn

Acting Director of National Intelligence Richard Grenell has declassified the list of former Obama administration officials who were allegedly involved in the “unmasking” of then-incoming national security adviser Michael Flynn. When asked if the Obama administration set a trap for Flynn, Barr responded, “Yes. Essentially.
Be ready.
Q

Events to push this

North Korea accuses US of biological warfare in Ukraine

What do you think is going to happen, the blue states will lockdown again, people will be wearing masks, the red states will be open, no masks, people are going to see the difference, it worked the first time around, it will not work the second time around, the people in the blue states are going to finally say enough is enough., why interfere with an enemy while they are in the process of destroying themselves.

The fact that 50% of Omicron deaths were 'older and vaccinated' leads you to one of two ineluctable conclusions:

Take your pick. But one of these observations, perhaps both of them, are true.

Before posting my final review of D. Birx's book, I offer you one more excerpt on how she doctored the weekly Covid reports to the states coming from the White House. You won't believe this one. pic.twitter.com/saYjSzPhpc

They know that people can now see the truth, time is showing everyone what the death jabs actually are, they aren’t the cure for covid like advertised. So now they are trying to get ahead of the story, they are finished, big pharma is finished, they know it

Did you know Fauci's agency had a representative in China who monitored Wuhan lab — even took a picture! @JudicialWatch heavy lifting uncovered the emails: https://t.co/IWhOimVMUI pic.twitter.com/nFNq8WPrR4

The FBI later removed him from their most-wanted list for some reason. Via The KFK Report:

Holy sh*t. This is from DOD IG report on January 6…DOJ supposedly was lead agency but in reality it was DOD.

>>1169290
Should we tell all the good people watching the day & time?
Red carpet rollout?
Think logically.
The world is watching.
Q