Ep 2641a – States Are Countering The Great Reset, The [CB] Has Lost The Narrative

Trump was right again, JP Morgan put out a report and say that gas might hit 10 dollars a gallon. Pete Buttigieg wants everyone to by election because of rising fuel costs, but the electrical plants are driven by coal and natural gas. The [CB] bank narrative is falling apart. The states push back on the Great Reset and Green New deal. The [DS] is now completely exposed, they are trapped and trapped animals become desperate. This is what we are witnessing, Trump wanted these people exposed, he wanted the people to see the true nature and who they really are and how evil they are. This is what people are witnessing now. Everything they are trying to do is backfiring and people are seeing their evil dictates. The [DS] has overthrown the government of the US, using election fraud, fake news and big tech. Nothing can stop this, this is going to be biblical.

While speaking on MSNBC’s “The Sunday Show With Jonathan Capehart,” Buttigieg noted that Democrats’ proposed social spending package includes incentives to make it more affordable to buy an electric vehicle.

Buttigieg said that families would essentially have a “$12,500 discount” in transportation costs, adding that “families who own that vehicle will never have to worry about gas prices again.”

“The people who stand to benefit most from owning an EV are often rural residents who have the most distances to drive, who burn the most gas, and underserved urban residents in areas where there are higher gas prices and lower income,” Buttigieg said.

Electricity in the United States is generated using a variety of resources. The three most common are natural gas, coal, and nuclear power. 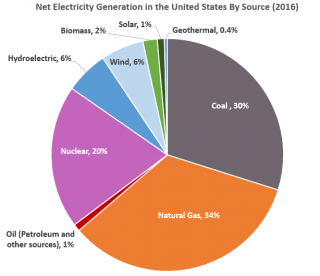 Jerome Powell is the one who came up with the term when everyone with a brain knew it was a lie.

“It’s probably a good time to retire this old lie that isn’t working anymore and come up with a new lie, until that one doesn’t work anymore, followed by another lie…” https://t.co/AGhKFEAFAt

Fed Chair Powell Delivers the Perfect Storm to a $54 Trillion Bubble Stock Market: A Pivot to Inflation Hawk and Removal of the Punchbowl

Dr. Mandy Cohen, the secretary of North Carolina’s Department of Health and Human Services, will step down from her role after five years of service to the state. 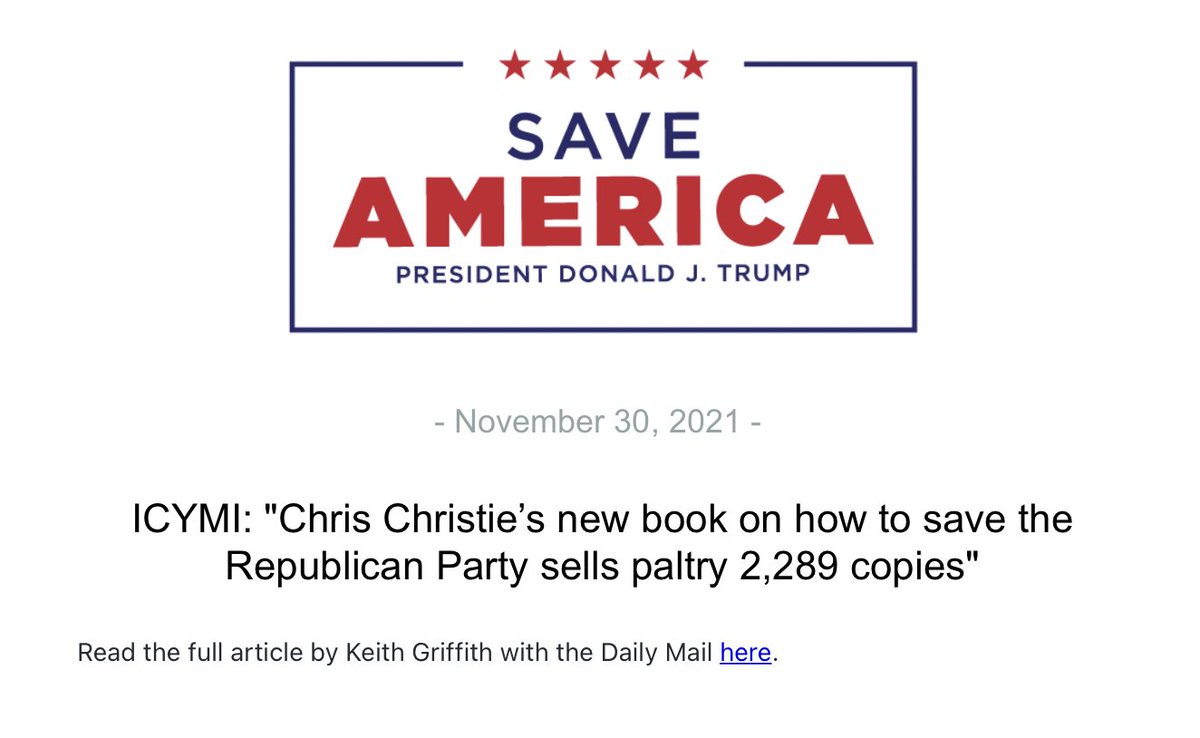 White elephant! Chris Christie’s new book on how to ‘save’ the Republican Party sells paltry 2,289 copies during its first week on shelves despite huge media blitz by ex-NJ governor 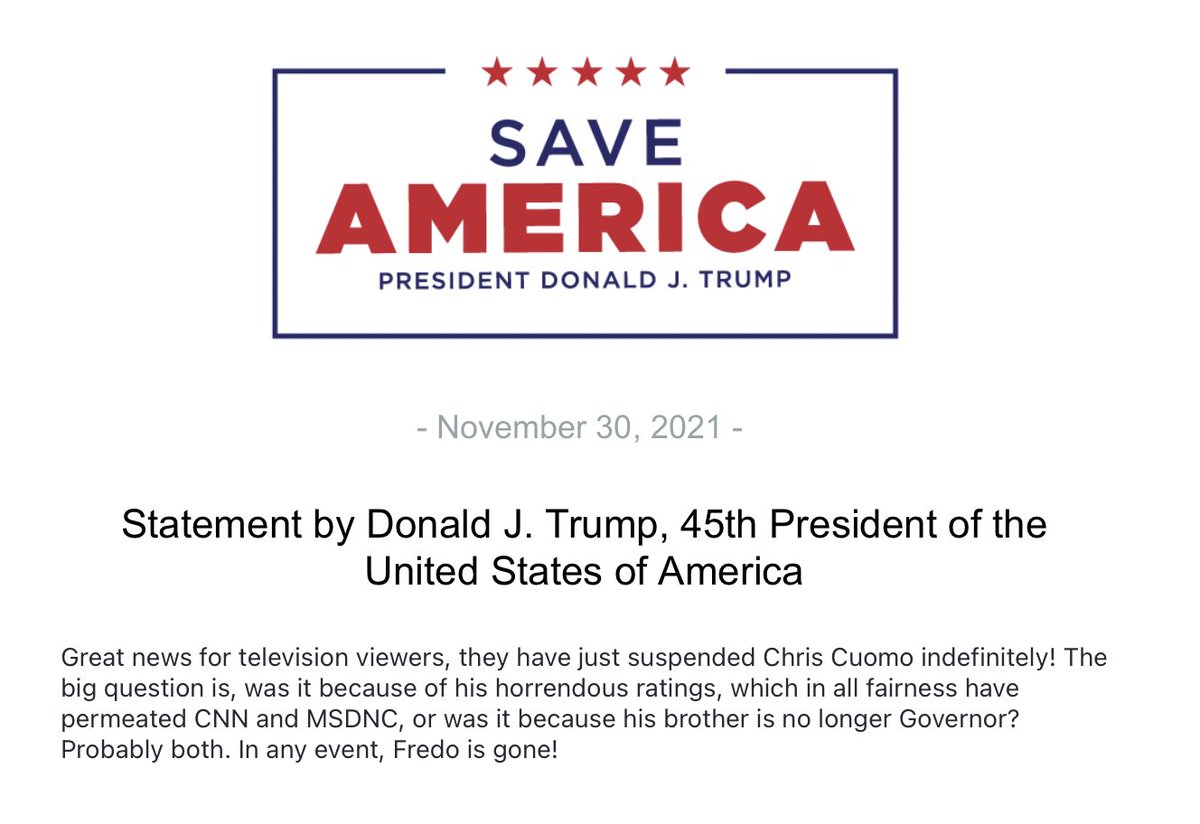 Chris Cuomo helped his brother cover up his role in the deaths of thousands of elderly NYers. And no one at CNN had a problem with it.

Within the last 24 hours

4) Twitter bans the sharing of private media, such as images or videos of private individuals, without their consent

Day 2 of the Ghislaine Maxwell Trial

Recall that the Epstein indictment references three female employees who helped him recruit and abuse minors. We suspect this refers to Ghislaine Maxwell, Sarah Kellen, and Nada Marcinkova.

One day when she was still 14, Jane testified, Mr. Epstein told her he could introduce her to talent agents. Then he “abruptly” ended a conversation about her interests and her future and guided her into a pool house, taking her hand and saying “follow me.” 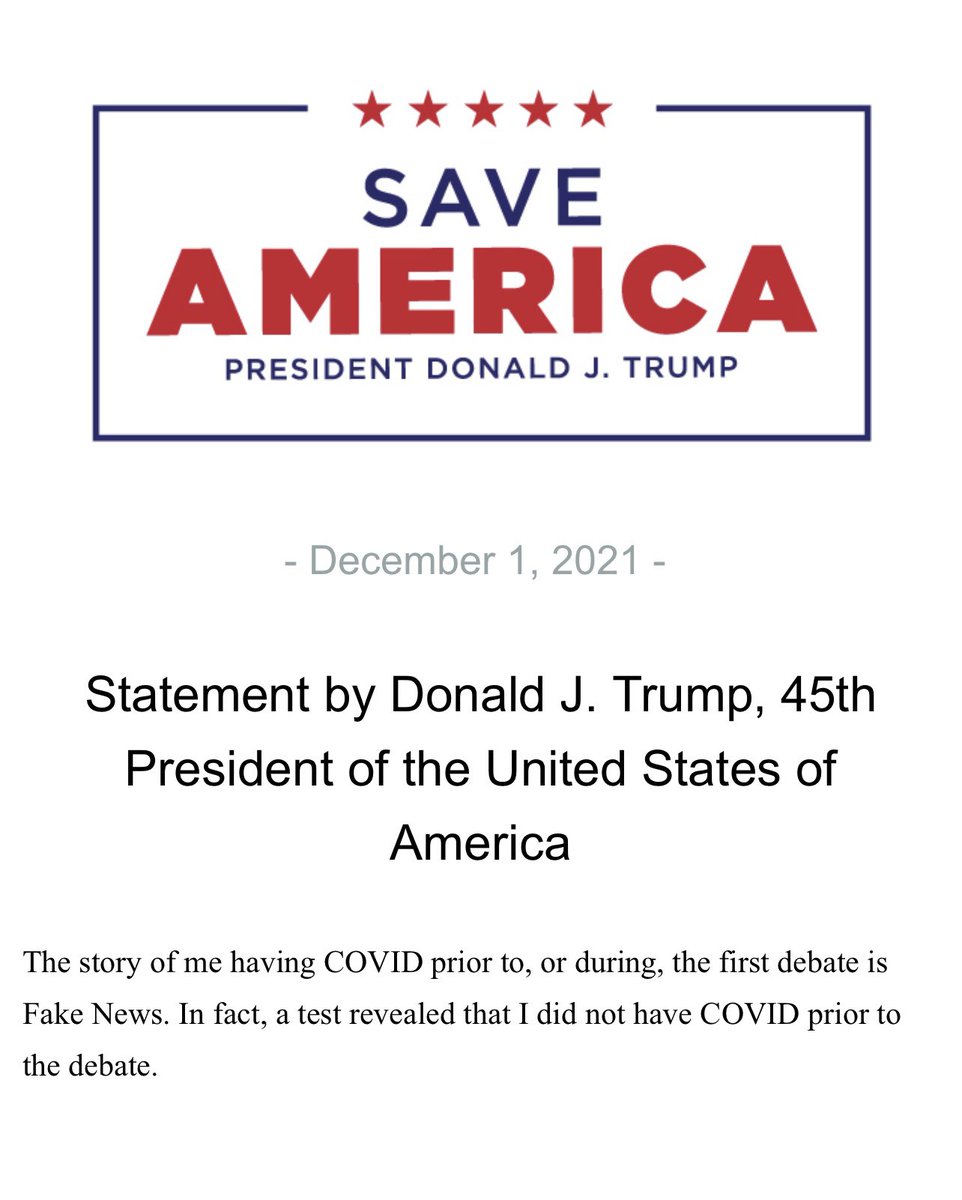 BREAKING: Biden to enact strict COVID regulations on US air travel in response to Omicron variant

Source: postmillenial.com
These are stricter measures with 3 vaccines than we had a year ago with no vaccines.
Why was Biden waiting until Thursday to make the announcement, they were waiting for the first case to be announced.

At least 69 athletes collapse in one month, many dead

BOMBSHELL: There is NO scientific evidence that covid-19 vaccines have saved a single life

As ordered by the courts the FDA must release the data it based it’s EUA for the Pfizer shot.

The FDA requested the courts to keep this information confidential for no oess than 55 YEARS!!

The court returned with an order to release 500 documents a month. pic.twitter.com/CZI24LItfR

We start with the first release of 30+ pages on AE including death.

How this product wasn’t taken off the shelve within the first month is beyond me!

1227 deaths by February reported.
These are pfizer and FDA documents.

Whats worse, out of the recorded AE about 1:37 is death. That is isane.

The FDA admits these are onky recorded AE that are considered above mild. There was so much more that wasn’t released. pic.twitter.com/OZi6GHDxmz

4/
Please keep in mind these are AE that we’re recorded in the first 3 months alone from December 1st to February 28.

By all means and confirmed by Pfizer these are only “recorded AE” and there for it might be a small sample of the true number of AE’s that actually
Took place. pic.twitter.com/5NCZ1wrnQX

5/
270 cases reported as spontaneous abortions! One report was twins.

6/
UPDATE.
I realized I worded something wrong in the thread. It was not a court request the FDA release 500 pages a month.

It was the FDA’s proposal to make available to the FOIA requester 500 pages a months.

So why are the pushing so hard, Fauci just told everyone