Skip to content
Reports
March 25, 2021 x22report
SPREAD THE WORD
The people are seeing the difference. When Trump first introduced the tax cuts it was to give the people a taste of what would be like to have more spending money. Now people will see the difference when [JB] introduces his tax plan. States are opening up and spending and the economy is bouncing back, just like Trump said. People are nervous about inflation, Gold, Bitcoin on deck. [JB] gave his first live press conference. It was scripted and staged, but that didn’t help it was a total disaster. The reporters asked softball questions and [JB] was not truthful about a lot of the issues. 25th is coming to get him, the [DS] is ready to sneak one in. The [DS] is doing everything they can to bring us back to the point right before Trump was elected. Scavino sends a message, stay strong. Bandy Lee, the psychiatrist who repeatedly diagnosed Trump as mentally unfit and dangerous, without ever even having met him, has apparently been fired by Yale University.

This CNN story is false.

Here’s the section that does it. pic.twitter.com/Gwm4DautrH 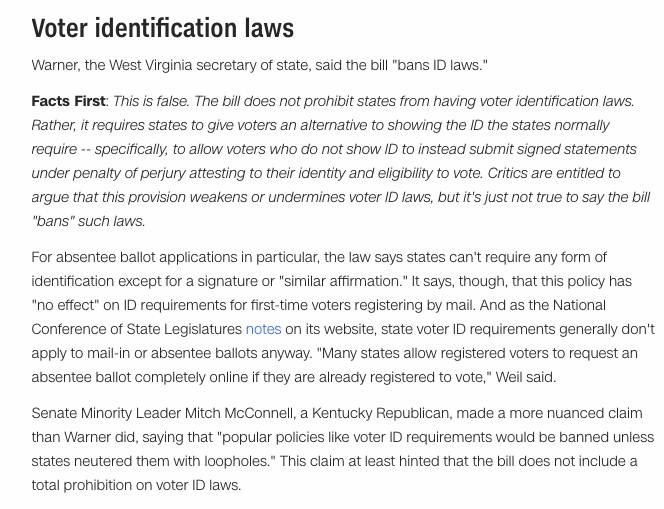 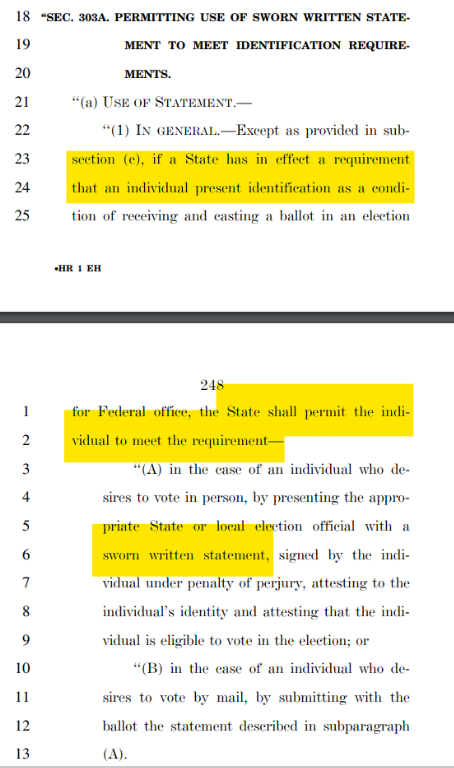 H.R. 1 says that a state CANNOT enforce a voter ID law, as long as a voter submits a written statement “attesting to the individual’s identity.”

This entire diatribe on immigration from President Biden should be fact-checked as “FALSE” by any honest fact checker.

Biden claims migrants are not coming because of him when they are ON CAMERA saying they are and wearing Biden T-shirts, displaying Biden flags!

Nasty joke from Biden about unaccompanied minors coming over the border because he’s a nice guy… since many of those kids are the victims of human & sex trafficking.

.@POTUS just told a blatant falsehood at the presser. The Administration is categorically *not* returning the “vast majority” of illegal alien families—in fact, it’s the exact opposite. The vast majority (87 percent) are being released into the U.S.

Mexico…one of his Admin’s first actions was to terminate the seamless cooperation with Mexico through MPP and to assail as “inhumane” any attempt to return illegal crossers to Mexico.

That’s an open invitation to illegal fold our borders

Biden says the press will have access to all migrant facilities. Asked when, he said: “I don’t know, to be clear.”

Some questions I’d love to see at this press conference:

-who built the cages, Joe?
-where’s Hunter?
-how many illegal immigrants killed Americans by spreading COVID?

Too bad we don’t have a real media.

Pres. Biden: “I will commit to transparency [on migrant detention facilities] once we get this thing moving.” Kristen Welker: How soon will that be? Pres. Biden: “I don’t know.”

Biden only called on left-wing news publications. Don’t think he called on Fox News even once, not even sure if they were even allowed in the room.

This was an illegitimate press conference. Biden is hiding from having to answer tough questions.

The press conferenced was scripted, the questions known and he had answers prepared for him and still it was a clown show

So @JoeBiden let a camera into a facility President Trump admin built and @PressSec called it the “aspirational facility” why didn’t you let them into the facilities Obama built? Ya know the cages? #BidenBorderCrisis

HOLYYYYY this Biden response to gun control is INSANE. He straight-up just said rolling out gun control is “all about timing” when a shooting happens.

Pres. Biden falsely claims the U.S. is doing a better job of vaccine distribution than any other country, “it’s not even close.” pic.twitter.com/pk2nKu1tsj 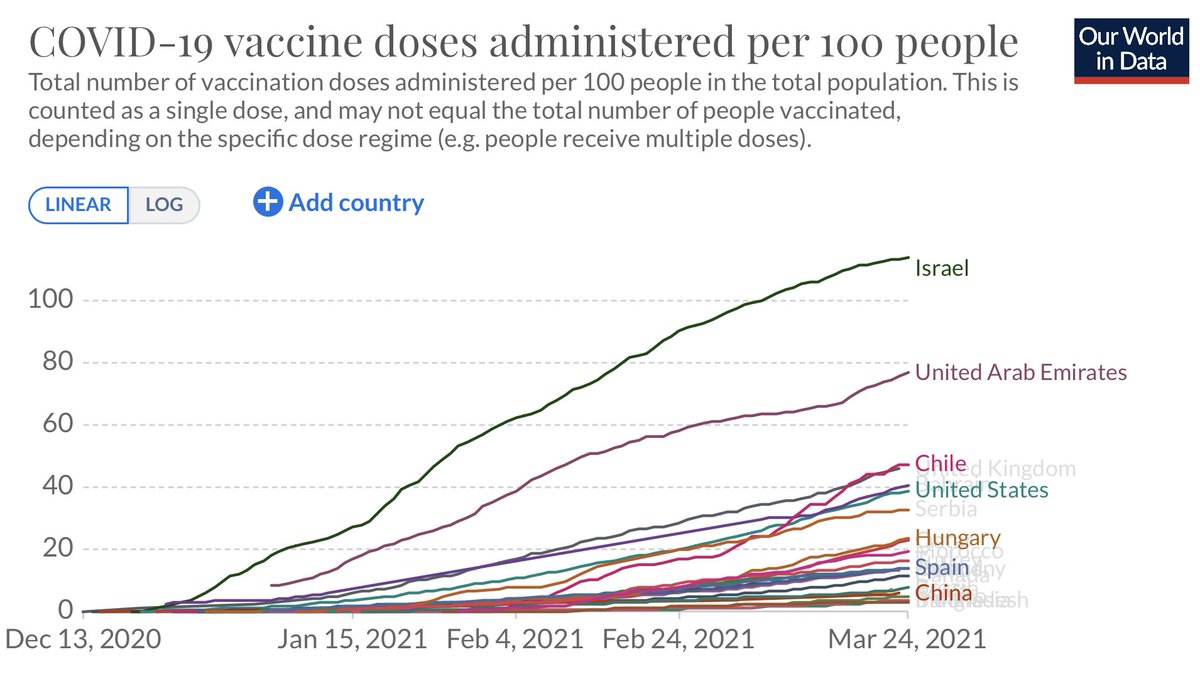 High-level members of the state Department of Health were directed last year by Gov. Andrew M. Cuomo and Health Commissioner Dr. Howard Zucker to conduct prioritized coronavirus testing on the governor’s relatives as well as influential people with ties to the administration, according to three people with direct knowledge of the matter.

Members of Cuomo’s family including his brother, his mother and at least one of his sisters were also tested by top health department officials — some several times, the sources said.

The new emails include a conversation about confidentiality forms on February 14-15, 2020, between Lane and WHO Technical Officer Mansuk Daniel Han. Han writes: “The forms this time are tailored to China’s terms so we cannot use the ones from before.”

A WHO briefing package sent on February 13, 2020, to NIH officials traveling to China as part of the COVID response ask that the officials wait to share information until they have an agreement with China: “IMPORTANT: Please treat this as sensitive and not for public communications until we have agreed communications with China.”

LOCKDOWNS
“Lockdowns were harmful. They were the opposite of what should have been done. We said it from the beginning. And there’s a massive price to pay it’s not just that they failed to stop the infection. The lockdowns actually killed people, destroyed lives, destroyed families. And, in the schools, our country more than any other country, frankly, was willing to sacrifice its children out of fear.”

OPENING SCHOOLS
“It is really unconscionable that there are any schools that are not in person. The data was in last spring. It’s been validated by studies at Duke University, Brown University, and all over the world. Kids have extremely low risk from covid-19 and there are enormous harms from keeping schools closed. There were hundreds of thousands of child abuse cases not reported. There’s children’s nutritional needs. All of these things are worse for lower & middle income families.”

SCHOOL MASKING
“There’s no scientific rationale or logic to have children wear mask in schools.”

MASKING
“The empirical evidence from looking at places that used mask mandates shows there was no evidence that a mask mandate was effective in stopping cases from spreading. Moreover, there’s a large study from Denmark that shows mask did not reduce infections with any statistical significance. There is no evidence that a mask mandate has worked. In fact, the people in the US have been wearing mask at a very high frequency for months and the cases exploded.”

MEDIA COVERAGE
“The American media is different from most of the world. There’s a study which quantified how much negative media was being produced about the pandemic and in the English-speaking media outside the US, there was about 53% negative press coverage. Inside the US, 90% of the coverage about the pandemic was negative. The media is reckless when they incite fear like that. There’s a responsibility of the media that really has been abandoned.”

SOCIAL MEDIA
“In the town-square of today, it wasn’t just attack mode, it was also overt censorship. I had my own YouTube interviews about schools opening pulled down. Various tweets were censored. I think many of us have had that happen. This is very harmful. The power of media to just overtly control what is even said. When you extend that to the rebukes of speaking against the narratives, we interfere with the process to achieve the truths that we need to seek and this is a huge problem.”

HERD IMMUNITY
“There was a complete rejection of decades of fundamental knowledge about biology and immunology. We have decades of experience with coronaviruses. Fundamental biology says that if you get an infection from a virus it’s highly likely you will have some sort of protection. Data from Singapore showed a robust t-cell response and a cross-protection mechanism. This is first-year medical school stuff yet if you said that you were pilloried. Decades of information and basic biological phenomenon were thrown out and became controversial.”

Authorities now want to free the giant container ship by a combination of removing containers, oil and water, multiple tug boats and dredging of sand. It will take days or even weeks.

And just like that, millions of people are learning Hillary’s secret service codename was Evergreen.

I SMELL POPCORN! I find it strange that Biden has only been (fake) President for 64 days and is swiftly implementing EVERYTHING Trump warned us he would do if he got in the White House….

I become more convinced, every day, that we are watching a movie! 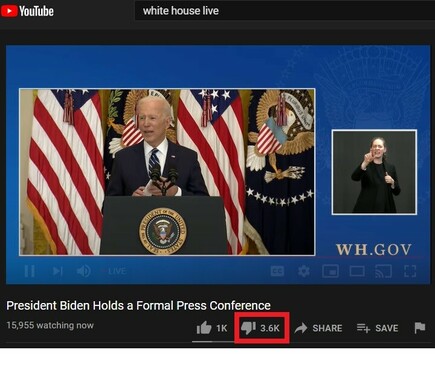 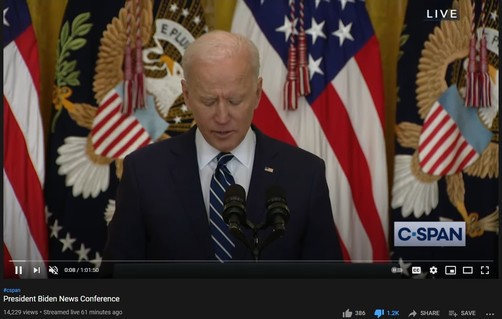 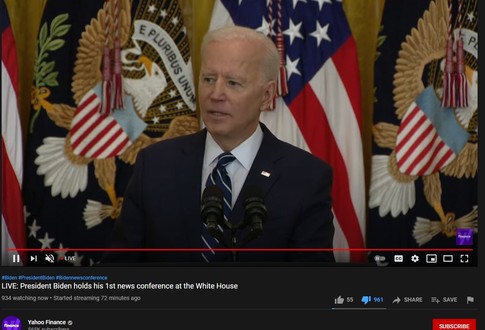 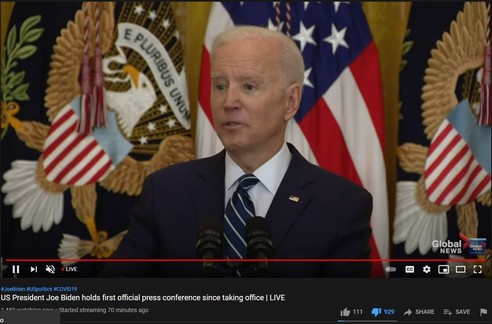 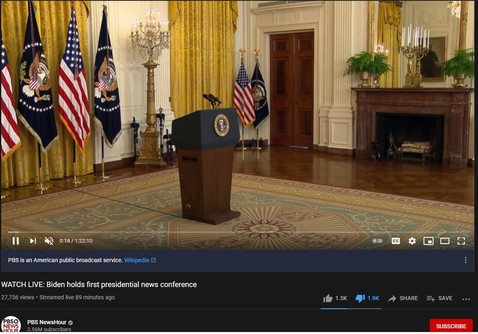 #BREAKING — @CapitolPolice announced that “all of the fencing that surrounded the outer perimeter of the U.S. Capitol Complex has been removed…” The Inner perimeter still remains.
.
.
.@wusa9 #CapitolHill #Capitol #Politics #CapitolSecurity pic.twitter.com/L4Zg4shDpX

: incitement of resistance to or insurrection against lawful authority

https://twitter.com/SeekretAgent/status/1248681547827417093
The credibility of our institutions [Constitutional Law that governs our Great Land [Our Republic]], and our ability to regain the trust and faith of the American people, all depends on our ability to restore [EQUAL JUSTICE UNDER THE LAW] by prosecuting those responsible [Blind-Justice].
Treasonous acts [sedition] against the Republic [the ‘People’] of the United States [START – LEAD-IN].
Infiltration [rogue] at the highest levels of our gov, media, corps, etc.
Planned & coordinated [D/ F].
This is not about politics.
Something far more sinister [evil] has been allowed to flourish through all parts of our society.
It has been protected and safeguarded.
It has been camouflaged to appear as trusted.
It has been projected [normalized] by stars.
[CLAS 1-99]
One must only look to see.
[Symbolism will be their downfall]
This is not another [4] year election.
“Be on your guard; stand firm in the faith; be courageous; be strong.”
You are not alone.
We stand together.
Q