Ep 2753b – A Deep Dark World Is Being Exposed, The Truth Won’t Be For Everyone Ep 2753a – [JB]/[CB] Buckle Under The Pressure, Transition Is Happening In Realtime

[JB]/[CB] are in trouble and they are trapped, the polls numbers are against them so they need to control the situation, so the Biden admin decided to resume oil leases, this will fail. Biden are some desperate they are still talking about cancelling student debt. The [CB] plan is failing, the people are transitioning in realtime. The patriots are now exposing the deep dark world, this is not just about crimes against humanity, this is about how their system works, how it was infiltrated, how they use these platforms to push their message out and control the narrative. The people are now seeing the treasons lengths that the [DS] has gone to protect their system. The truth is coming out and it won’t be everyone.

Can any lib explain why student debt is somehow morally superior and worthy of cancellation at the expense of the working class compared to mortgages, car notes, business loans, and any other huge number of examples? 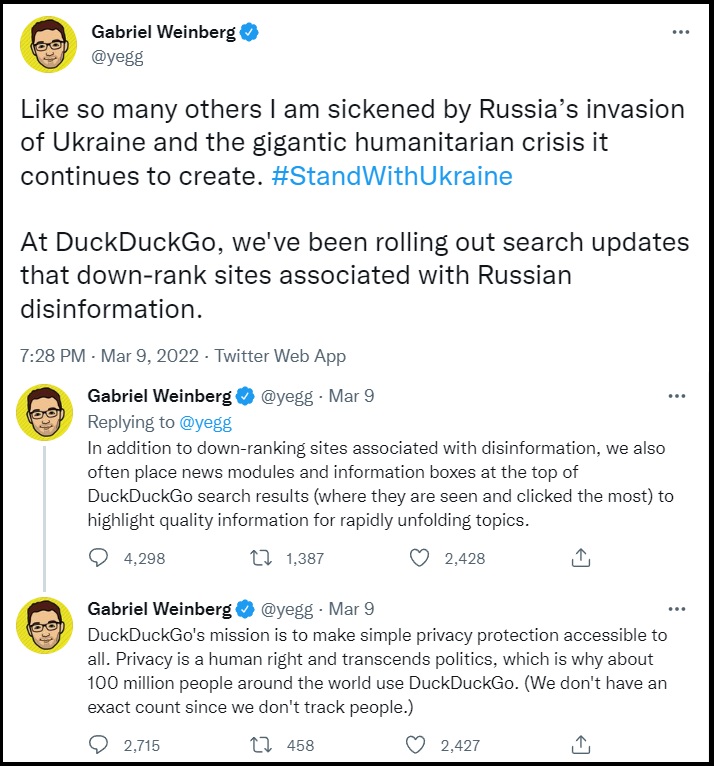 Don’t worry communists, if you lose Twitter you’ll still have:

Elon Musk with this move is forcing the people to see the truth, the board has been revealed to the public of who is really controlling the company behind the scene

So lets look at what is happening with Twitter, did Jack actually have control as ceo, because it is starting to seem like the board actual had all the power.

Twitter’s board is now trapped

Twitter Board of Directors Own Almost No Shares of Stock in Company, Elon Musk Notes “their economic interests are simply not aligned with shareholders” 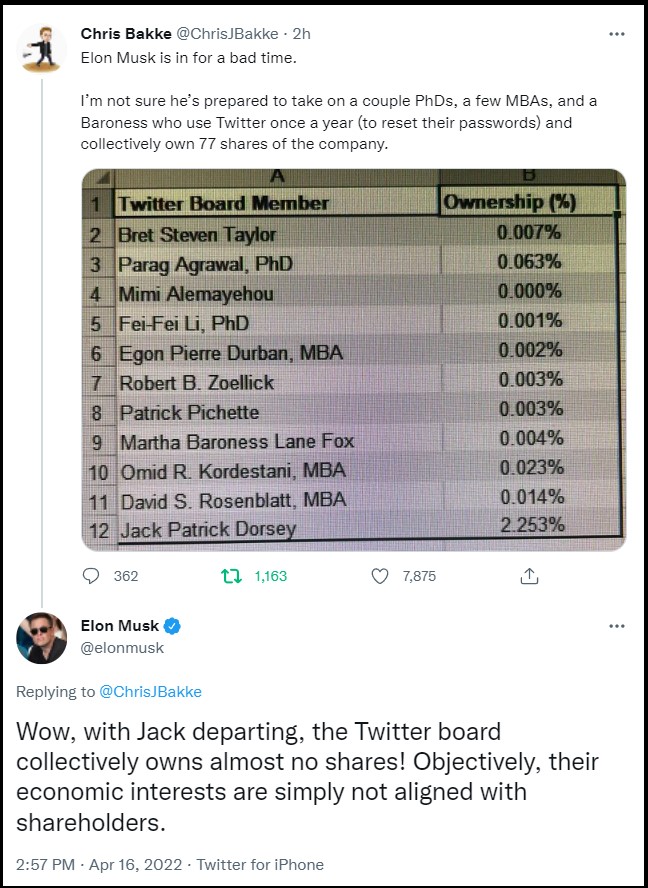 Imagine a Comcast board member who has never seen television. 🤣$TWTR @elonmusk https://t.co/O3pXrz74Cy

Looks like Plan B May be a tender offer. Because it’s clear the regime will not allow enemies of the state (i.e., believers in free speech) to take over or dismantle the regime’s global censorship engine, I can’t wait to see what kind of fraud the SEC perpetrates to block it. https://t.co/Ph65nNnYXc

FOX NEWS–Mariupol warns Russia is preparing to shut down city to ‘filter’ all men for forced service, labor

Finally, take a look at the British assessment of the situation on the ground in Ukraine.

In a breathtaking Declaration, Dr. Cheryl Bettigole (the “Commissioner”) of the City of Philadelphia’s (“Philadelphia”) Department of Public Health (“PDPH”), usurped the power and authority of the General Assembly, Pennsylvania Department of Health, and the State Advisory
Health Board (“Acting Secretary”).

Specifically, the Commissioner publicly stated, “[i]n contrast to the metrics we [the PDPH] use, the CDC metrics are designed to be applicable throughout the country…” (emphasis added). As if that declaration weren’t enough, the Commissioner then went on to say, “[a]s the poorest big city in America, Philadelphia has a high rate of chronic conditions that are linked to poverty and, as a result, we have designed our metrics to be cautious.” Capping these incredible statements, the Commissioner then concluded that “[t]he current metrics are not set in stone; if we do not see a rise in hospitalizations with this rise in cases, we will revisit our metrics and make changes where indicated.”

Not only are the “current metrics” “not set in stone,” they are not set in Pennsylvania law and violate the statutory and regulatory scheme set forth in Pennsylvania for the Department of Health, including the State Advisory Health Board.

The justification for this latest exercise of unfettered government action is based partially upon an indefinite suspension of Section 8-407 of the Philadelphia Home Rule Charter in the Mayor’s “Declaration of Extraordinary Circumstance: Suspending the Formal Regulatory Process for Regulations Concerning a Novel Coronavirus,” (hereinafter the “Emergency Declaration”) signed by the Mayor on March 11, 2020 – over two (2) years ago.

Amazingly, the Emergency Declaration is still in effect and apparently has no end date.

NYC.
Relationships High.
“Insurance File.”
Quiet until now.
Join POTUS’ legal team.
Direct discussions avail [now] w/ Mueller.
Enjoy the show.
They never thought she would lose.
CARELESS.
Q
>>1105041
We have everything.
How can we use what we know?
How do you ‘legally’ inject/make public/use as evidence?
What are you witnessing unfold?
Trust the plan.
Q