Trump and the patriots are now in the process of taking over the energy sector. The [CB] has setup OPEC for the sole purpose of controlling the flow of oil and the petrodollar. The patriots are now dismantling that system. The [CB] has lost control over the ESF, the flow of currency to other corrupt [CB] has now been cut off. The patriots are putting everything into place, this week is going to be a very tough week.  Trump says that we have not fought a war like this since 1917.  IG Atkinson has been fired, the FISA court is asking the FBI for documentation or they might have to invalidate the FISA warrants. The [DS] is in trouble, their entire apparatus is being dismantled right in front of their eyes.

Trump never liked Opec it was like a cartel

The Conservative Treehouse notes that Atkinson was identified in the most recent FISA abuse report by the DOJ IG Horowitz as one of the individuals who was involved in FISA abuse and this provides President Trump cover for firing Atkinson:

…The recent IG report that outlines Atkinson’s gross incompetence in the FISA scandal, vis-a-vis the 42 DOJ-NSD Accuracy Reviews, is the atomic shield against the political narrative….

Trump’s dead of night decision to fire ICIG Michael Atkinson is another blatant attempt to gut the independence of the Intelligence Community and retaliate against those who dare to expose presidential wrongdoing.

It puts our country and national security at even greater risk. pic.twitter.com/Pnm7chdIkl

One more example of Trump removing those who seek to stop his lawlessness. All Americans fed up with Trump’s incompetence, venality, & narcissism have the opportunity to “fire” him in November—the most important election of our lifetime. https://t.co/wvpjWsnCOQ

Thomas Monheim has been named the Acting IC Inspector General. Monheim is a career intelligence professional and retired Colonel from the U.S. Air Force Reserves who has served our nation in a wide variety of roles throughout his distinguished career.

Will Wray be activated

States must take concrete steps now to make sure every citizen can be heard in November, no matter where we are by then in fighting the COVID-19 pandemic. https://t.co/OFIPHqcdM0

“Do you think every state in this country should be prepared for mail-in voting?”

President Trump: “No, because I think a lot of people cheat… I think people should vote with voter ID… The reason they don’t want voter ID is because they intend to cheat!” pic.twitter.com/n7Gbi1h5jn

Illegal border crossings are at a standstill as the coronavirus pandemic rages on within the US.@CBP only dealt with 80 people, a drop in the bucket compared to the 30,000 arrests agents made during February.https://t.co/MZzlfj6unW

[…] This ends a voyage that began March 5 in Chile and was supposed to finish March 19 in Argentina, but it ran on for days as countries declined to welcome passengers ashore during the coronavirus pandemic. (more)

.@realDonaldTrump “Finally, I can report that as of today the State Department has successfully coordinated the safe return of more than 40,000 Americans stuck abroad on over 400 flights from 75 countries.”

Now Trump is pushing Hydroxycholoquine, he is now setting up the narrative that the cure is right around the corner, once the mission is over, the cure will be announced, the FDA will approve it and the fear, chaos and panic will disappear. But first lets look at Faucci

Fauci, now so sour on hydroxychloroquine (+/- azithro) for covid19, despite its clinical promise, gushed in 4/2013 when a coronavirus [MERS] antiviral combo [ribavirin /interferon-alpha)] tested “only in cells in lab dishes” prevented viral replication! https://www.usatoday.com/story/news/nation/2013/04/18/scientists-develop-possible-treatment-for-new-sars-like-virus/2091443/ …

Under direction of @USNorthernCmd, in support of @fema, approx. 1000 @usairforce & @USNavy medical providers arrive to #NY area in next 3 days to expand local #MedicalCapabilities for #WarOnCovid19. Includes 300 personnel to #javitscenter & other locations. #COVID19 #coronavirus

PRESIDENT TRUMP: “There’s going to be a lot of death” in coming weeks

Jared Cohen.
Coming soon to a theater near you.
Q

We are sincerely appreciative for your kind words and appreciation. Means more than you know. Each one read in full. We are in this together. WWG1WGA.
2018 will be glorious!!
God bless,
Q

I will be having a White House CoronaVirus Task Force meeting in a short while. May or may not do a News Conference after the meeting, depending on new information. Talks & meetings today are proving promising, but a rough two weeks are coming up!

We are learning much about the Invisible Enemy. It is tough and smart, but we are tougher and smarter! 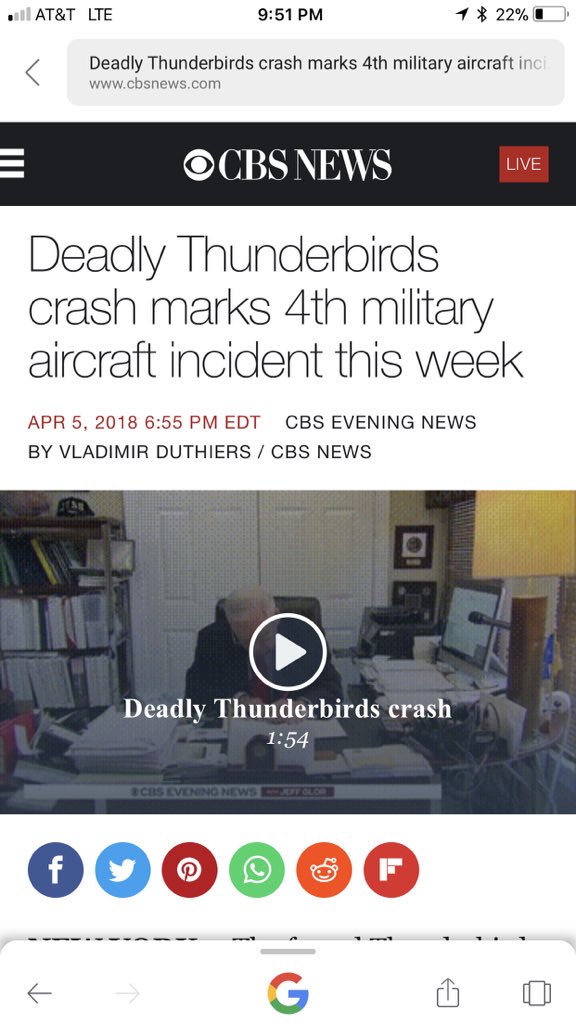 Think Navy Ship crashes.
Bigger than you know.
We ARE active.
Q

I noticed an important pattern that has heretofore escaped the notice of the Anons. LOOK HERE! Q has perfectly outlined this entire week for us TWO years ago. I’m asking @prayingmedic @StormIsUponUs @X22Report @LisaMei62 @Inevitable_ET @Sun_Q_Tzu to comment and help distribute. pic.twitter.com/cGYgWdQr8V

To all of our youth who are missing the start of their @LittleLeague seasons, hang in there! We will get you back out on the fields, and know that you will be playing baseball soon….

….We will get through this together, and bats will be swinging before you know it. In the meantime, take care of mom and dad, and know that this will not be forever! @littleleagueceo

Getting the children back out onto the fields, We will get through this together

Trump kept mentioning 1917, the war, nobody trained for this since 1917

What are shovels used for?
Q

Palm Sunday is the beginning of a Holy week for many people of Faith and a great day to lift our voices in Prayer. I will be tuning into Pastor @greglaurie at @harvestorg Church in Riverside, California tomorrow at 11:00 A.M. Eastern. https://t.co/2eTaKsZVT4

Is Q talking about the 6 oclock news