As soon as the Biden administration took office, companies already had plans to move their manufacturing plants out of the country. GM will build electric vehicles in Mexico, leaving American workers jobless.  The [CB] is pushing global taxes, this about control and removing competition. [CB]/[DS] are doing everything they can to stop the transition, but this will fail. The [DS] is now becoming more desperate than ever before, but the patriots are continually dripping out information and the [DS]/MSM are scrambling to sweep it under the rug. By raiding RG they are bringing Hunter’s Laptop back into the news. [JK] is in the spotlight for treasons acts. The audit is continuing and the [DS] is doing everything to stop it. The people are ready to take back their country, the silent majority will reign. Ep 2466b – Are You Ready To Take Back Control Of The Country? The Silent Majority Will Reign Ep 2466a – The [CB] Attempt To Stop The Transition Will Fail, People Are Waking Up

In a statement responding to the Mexico investment, United Auto Workers Vice President Terry Dittes, head of the union’s GM Department, said: “At a time when General Motors is asking for a significant investment by the U.S. government in subsidizing electric vehicles, this is a slap in the face for not only UAW members and their families but also for U.S. taxpayers and the American workforce.

How Biden’s infrastructure plan would widen the digital divide

A photo of Ghislaine Maxwell emerges.

Her lawyers: “Ms. Maxwell is unaware of the cause of
the bruise” pic.twitter.com/hFYbhKr57F 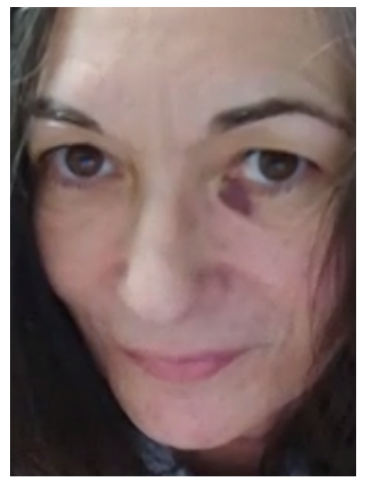 If this transcript is confirmed, John Kerry must resign immediately and if he doesn’t, President Biden must fire him immediately. https://t.co/mpyxFEBf4e

Watch IRAN.
Something incredible is about to happen.
[Hassan Rouhani]
The Good People of IRAN have the POWER.
FIGHT FOR YOUR FREEDOM.
Q
UH OH: Evidence Shows the Intel on Israel that John Kerry Shared with Iran Was Not in the Public Domain as Claimed by Biden’s State Department

JUST IN – Biden to ban flights from India to the United States.

Biden said that Trump had a “record of hysteria, xenophobia, and fear-mongering,” at the time the former president announced travel restrictions from China. @disclosetv

Forcing people and using coercion to get them to take a medical procedure against their will to “regain their freedoms” (Vaccine Passports) is not a new form of barbarism. It was expressly discussed during the Trials of War Criminals before the Nuremberg Military Tribunals WWll pic.twitter.com/3X4PdOvhHU

St. Louis Board Approves $4 Million in Funding Cuts to Police, Elimination of 98 Jobs after Homicide Rate Hit a 50 Year High

and yeah boost this shit . let the people know a video is being investigated while nothing is happening to the cop that murdered Robert Douglas Delgado in broad daylight

Shocking comments were made during an online meeting of far-left activists in Sonoma County, discussing a possible protest for this Saturday.

The Trump supporter tells the I-Team he infiltrated a group of activists in Sonoma County who call themselves anti-fascist, and he gave us what he says is their “target list” and recordings of their planning sessions…

…Infiltrator: “So, I saw that they were here, I read their manifesto, and I could tell that they were a threat to the community, and somebody needed to do something about this.”

The manifesto posted online for SoCo (Sonoma County) Radical Action or SRA says, “Do not hesitate, do not wait … the brick in the street is meant to be thrown! The paint in the can is meant to be sprayed! The cop in your head is meant to be killed!”

The Trump supporter was able to join the group that communicates through the encrypted messaging app Wickr.

The self-styled progressive political activists he has backed have made “social justice” initiatives more important than public safety. pic.twitter.com/5PuXytUDvT

EXCLUSIVE: The Carnival is Coming to Town! Suddenly Booked and Now Open Right Next to Where the Maricopa County Election Audit Is Taking Place

While the 2021 Arizona State Fair will be held at Wild Horse Pass, part of the Gila River Indian Community in the fall — a temporary move in light of the ongoing COVID-19 pandemic, officials said — the fairgrounds will host a carnival with some of the rides, games, and foods that fair-goers would typically see.

On Monday, the Arizona State Fair announced the “Crazy Times Carnival,” a 10-day event that will be held nightly from 5 p.m. – 10:30 p.m. at the fairgrounds, near 19th Avenue and McDowell Road in Phoenix. 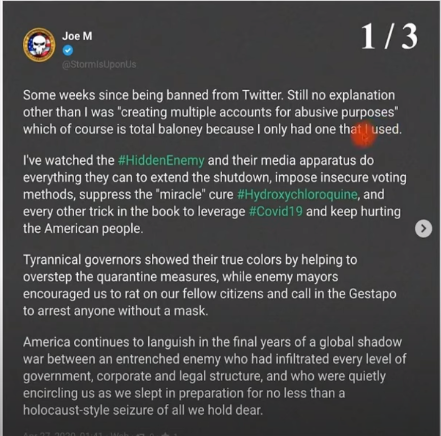 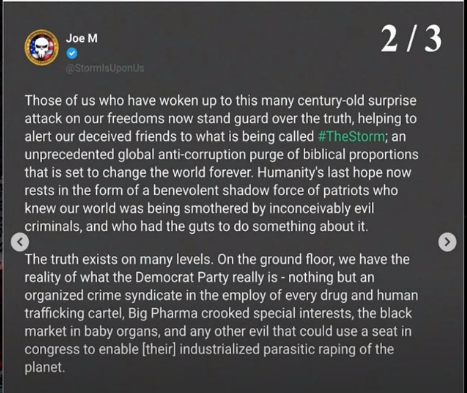 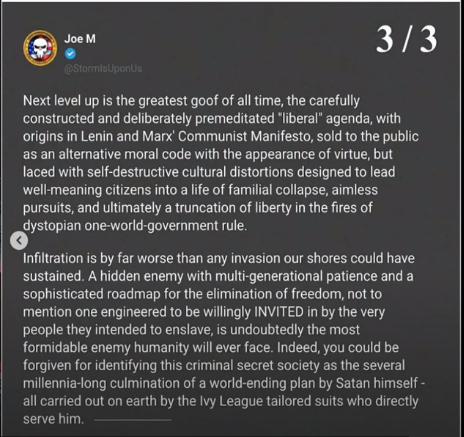 18 thoughts on “Are You Ready To Take Back Control Of The Country? The Silent Majority Will Reign – Ep. 2466”