Ep 2916a – Trump Confirms What Is Going To Happen To The Economy After The Midterms
The green new deal continues to fall apart, the arctic ice is not disappearing, it is getting larger. France’s glass manufacture needs to shutdown for 5 months because electricity is to expensive. Trump confirms that fuel cost are going to move up quickly after the midterms. Trump and the patriots know the playbook. The [DS] is panicking, they know they are going to lose the midterms and they are going to cheat on a grand scale. The military is most likely monitoring the elections. The [DS] is now setting up a [FF] narrative, they are pushing chaos, this is why they continue to point out that Trump supporters are dangerous and violent. They are projecting what they really are onto the Trump supporters. Scavino reminds us that the NG can work with the military when certain conditions are met.

What in the world?? No wonder we can’t hear the call.https://t.co/RBzuAcvZUV pic.twitter.com/7lDOxRhlAh

Elon Musk to fire  half of Twitter’s staff – Bloomberg

Your feedback is appreciated, now pay $8

10- “These people worship Satan _ some openly show it.”

32- “some will be jailed as deep cover agents”

The costumes in Elon’s tweet: satan worshipper and gov agent.

My guess: Elon was offered a safe way out and he’s mocking them…openly.

>>150563756
Holy shit. All of the president’s past tweets making that reference.”MUSK. You magnificent bastard, Q read your BOOK!”

Everything makes a lot more sense when you realize Democrats interpret disagreement as “disinformation.”

Brazil’s federal audit court (TCU) asked the Defense Ministry on Tuesday to provide its report on Brazil’s electronic voting machines used during this month’s election, which President Jair Bolsonaro has…

Our study analyzes data to identify who might be at high risk for myocarditis/pericarditis after COVID-19 vaccination and validates the rare adverse reaction in adults under 40.”

Their narratives are failing and he knows it. Look at his demeanor.

UPDATE: Daniel Mota Dos Reis, who was arrested for breaking into Katie Hobbs' campaign HQ, also broke into America and was in the country illegally.

I am covering Biden's angry pre-election speech so you don't have to.

He starts off with allegations about Paul Pelosi attack.

"Threatened to break her kneecaps."

"I speak today from Capitol Hill, the citadel of our democracy." LOL no

"I appeal to all Americans to meet this moment of national and generational importance. We must vote knowing who we have been, who we are risk of becoming."

Something about institutions keeping us together.

deniers on the ballot this year."

"We can't take democracy for granted." So vote for one-party rule or you hate democracy and whatnot.

Biden talking about risk of autocracy like he's not the autocrat here but cute story.

"Make no mistake, democracy is on the ballot."

"We must stand against political violence. We don't settle our differences with a mob, a riot, or a hammer."

More about voter intimidation. "It has to stop now."

Something about not giving in to political violence. pic.twitter.com/ekL4bVu6NZ

results of election they're running in." (wut)

If you're drinking game is "democracy," you're drunk.

"You have the power! The fate of the soul of America lies with the people! We just need to remember who we are!"

Biden just wrapped up a primetime speech six days before the election. Here are the number of times he mentioned… 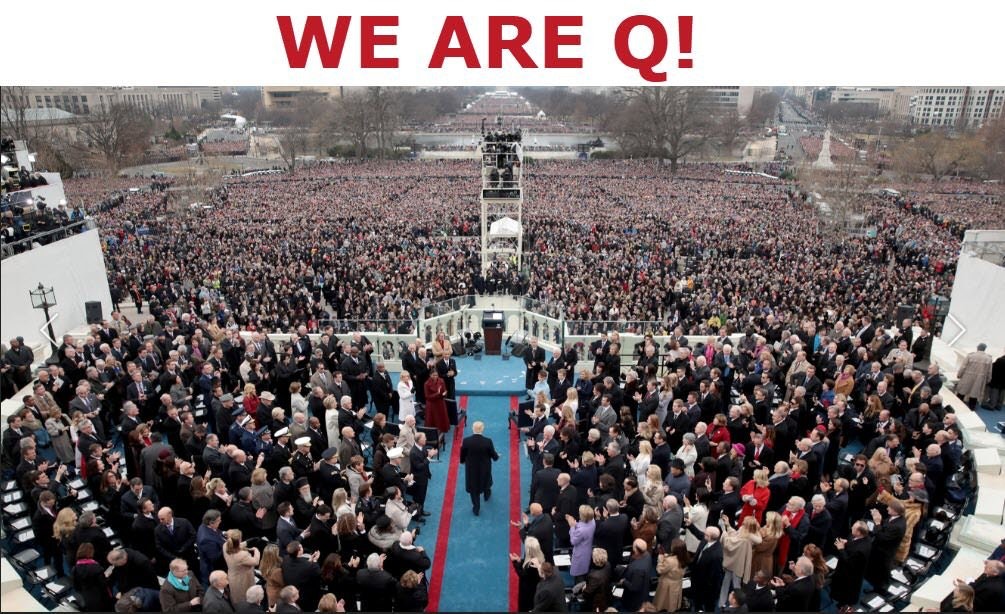 They want one thing, and only one thing, POWER.
They will LIE, CHEAT, and PROMISE YOU THE WORLD to obtain it.
They do not love our Country.
They despise it.
They want to destroy it.
SHOW YOUR LOVE OF COUNTRY BY VOTING TODAY.
RETURN POWER TO THE PEOPLE.
RETURN OLD GLORY TO HER FORMER STATE.
WE HONOR THOSE WHO FOUGHT (& CONTINUE TO FIGHT) TO SAVE & DEFEND THIS GREAT COUNTRY.
WE WILL DO OUR PART —- WILL YOU DO YOURS?
VOTE! VOTE! VOTE!
JUSTICE COMING.
Q