Trump has ended the Obama-Era regulations which allowed the US to become energy independent. Trump and the patriots have been setting the economic stage and it is almost complete. This need to happen to move the economy into the transition. The Fed is now looking to cut rates, the [CB] has completely backfired. The [DS]/D’s have failed in their mission, Trump was acquitted of all charges, now it’s the patriots turn. Trump gave the SOTU and the D’s were not happy about it, they were exposed to the world. The patriots are ready to drip some more information, get ready, the [DS]/D’s will feel pain, the patriots are going to bring it all down, it’s going to biblical.

A Fed rate cut in 2020 is now on the table as coronavirus spreads, economist says

What are the odds that:

➡️ most anticipated poll of the year (@DMRegister) is cancelled.

….and it has nothing to do with a Bernie blowout and a Biden crash?

This is what Nancy Pelosi ripped up. A truly shameful move, even for her. pic.twitter.com/I7mNMZn4sj 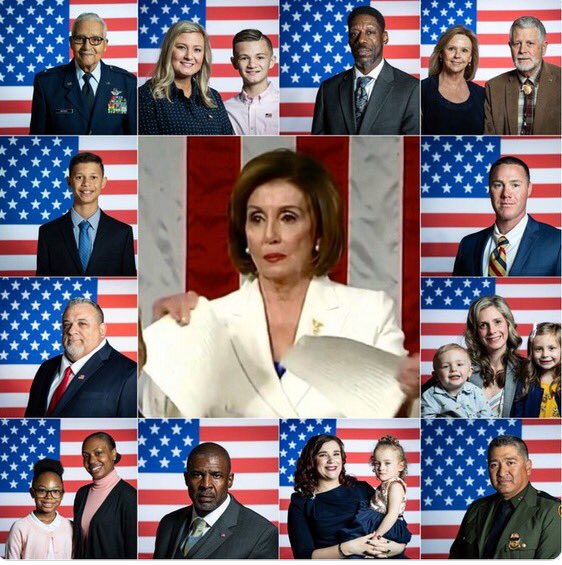 One of our last surviving Tuskegee Airmen.

The survival of a child born at 21 weeks.

The mourning families of Rocky Jones and Kayla Mueller.

A service member’s reunion with his family.

“Whoever, having the custody of destroys the same, shall be fined… shall forfeit his office and be disqualified from holding any office under the United States.”https://t.co/o5jzF4X43C pic.twitter.com/xbj3gCzzX8

Nancy Pelosi chose to very publicly destroy the document instead.

(a)Whoever willfully and unlawfully conceals, removes, mutilates, obliterates, or destroys, or attempts to do so, or, with intent to do so takes and carries away any record, proceeding, map, book, paper, document, or other thing, filed or deposited with any clerk or officer of any court of the United States, or in any public office, or with any judicial or public officer of the United States, shall be fined under this title or imprisoned not more than three years, or both.

(b)Whoever, having the custody of any such record, proceeding, map, book, document, paper, or other thing, willfully and unlawfully conceals, removes, mutilates, obliterates, falsifies, or destroys the same, shall be fined under this title or imprisoned not more than three years, or both; and shall forfeit his office and be disqualified from holding any office under the United States. As used in this subsection, the term “office” does not include the office held by any person as a retired officer of the Armed Forces of the United States.

Former Mitt Romney Adviser Sits on Burisma Board of Directors

Get Ready For Impeachment 2.0: House Dems To Subpoena Bolton After Senate’s Refusal

UPDATE: Solomon on podcast said that his vehicle may have been targeted in theft, thief may have been looking for his car, and forensics show thief twice tried to exploit his hard drive but appears to have been unsuccessful due to security countermeasures installed on his machine https://t.co/s55rAzw3MX

Alexandra Chalupa, Ukraine & The DNC Plot to Link Trump to the Russia Hoax

And now, O’Keefe must delete his evidence or he won’t be able to tweet again.

He recieved this message: 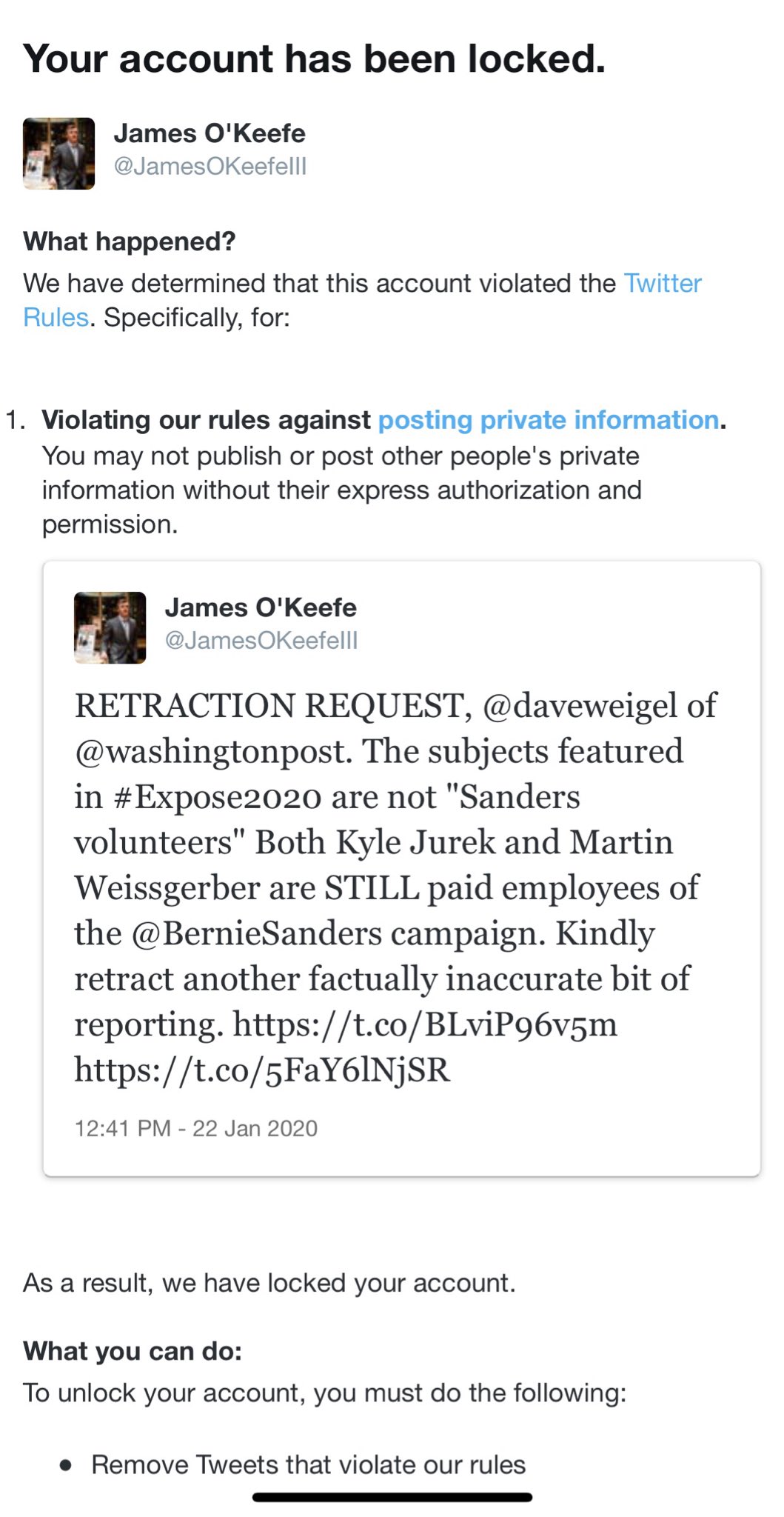 After SOTU, California Voter Calls In Saying She and Her Family Will Never Vote Democrat Again

https://twitter.com/prayingmedic/status/1224929753838211074📁
Year of the boomerang
Take a listen
What happens when the mass pop witnesses [no political spin][FAKE NEWS cannot censor SOTU address] the ‘anti-American’ actions of the LEFT firsthand?
The Silent War Continues…..
Q

In God We Trust (Q Proof)

In God We Trust (Q Proof)

Screenshot_2020-02-05 Ian Miles Cheong on Twitter And there it is The single largest donor of Shadow Inc , the company behi[…].png

In case anybody missed it, it will surprise no one to learn that Soros is the #1 funding source behind Shadow:
>>8035547

https://twitter.com/TomFitton/status/1049333485742313472📁
HUGE Soros find: Docs show Soros operation and State Dept working hand in glove (with your tax dollars). @JudicialWatch does the heavy lifting in court to get answers…https://www.judicialwatch.org/press-room/press-releases/judicial-watch-new-documents-show-state-department-and-usaid-working-with-soros-group-to-channel-money-to-mercenary-army-of-far-left-activists-in-albania/ …
But, of course, Anons already knew this.
Knowledge is power.
Q

PANIC: Why is George Soros in Ukraine?

Where is George Soros?
Ukraine?
Who else recently traveled to Ukraine?
PANIC is real.
ALL HANDS ON DECK.
https://www.merriam-webster.com/dictionary/evil📁
Q

D’s Hatred for POTUS, Patriotism and America Was on Full Display at the SOTU

Remember That the Democrats Sat While You Were Celebrated Last Night

I end a lot of articles about how the Democrats really feel about you by telling you to vote accordingly, but Trump’s State of the Union speech highlighted the Democrat’s utter contempt for President Donald Trump, you, and this country last night as they sat through almost every applause line that celebrated you doing well.

As the GOP highlighted in a video they posted to Twitter, the Democrats heard about the all-time low unemployment levels of the black community, the Hispanic community, the young adult community, and more. This should be a reason to celebrate. We should see our elected leaders getting to their feet and showing support, but instead only half the room decided to stand.

The other half, the Democrats, sat still, arms folded, and practically seethed at times.

Q responded, file name Patriotism _ Showing Love of Country or Contempt for which It Stands?.jpg

Patriotism _ Showing Love of Country or Contempt for which It Stands?.jpg

People actually believe those responsible for the attempted coup [coup attempt] of a duly elected sitting US President will go unpunished?
End to our Constitutional Republic?
No equal justice under the law?
No accountability?
Escape unscathed?
Buckle up!
Q

https://twitter.com/SenBillCassidy/status/1049753562807455746?📁
At a time when Republicans are being shot, stabbed, doxxed, beaten, mailed powder, run out of restaurants, and sent death threats, Hillary Clinton urges Democrats to be even more uncivil. What an irresponsible statement. Every Democrat should denounce.
Q

As the president’s impeachment trial began, Republican senators pledged an oath to defend the Constitution.

Today, 52 of them voted to betray that oath—and all of us.

We’re entering dangerous territory for our democracy. It’ll take all of us working together to restore it.

If you’re angry at the Republican senators who voted for a cover-up of the president’s corruption, join @IndivisibleTeam—an @OnwardTogether partner—to hold them accountable for enabling Donald Trump. https://t.co/F7BPQSyHlU