The [DS],[CB] are hitting Boris Johnson from all sides, they do not want this BREXIT it to happen. BJ is seeking a snap election, let the people decide, the [CB] do not like this idea. Trump and the patriots now control the what happens next. The [CB] is preparing to lower rates.  Next will be the announcement of stimulus. JS still has a federal government looking into the letters that were sent to him. More cases against Trump have been dropped. Greg Craig was acquitted. Nunes files lawsuit against Fusion GPS, discovery is a beautiful thing. LG is pushing the Senate to hold an investigation before the IG report. Trump continues to drip feed the declas. We knew this day would come, the swamp is being drained but they are trying to fight back, this will not work. Patriots hold all the cards.

There will still be an election in the UK, and Brexit will still happen

We now have confirmation that the swamp is being drained, this is a very slow process, everything had to be put into place and planned out to maneuver around the DS, remember Trump and the patriots only have one shot at this, and it has to be done at the right time with their right compelling evidence, timing is everything, we will talk about this a little later in this report. but first lets talk about Jussie smollett, Rosie memos tweeted out the following

For the record: 225 days ago a letter was sent via @USPS to Fox Studios that included a death threat against @JussieSmollett and white powder. To this day no one has been charged, why is that @USPIS_CHI @oigusps @FBIChicago @TheJusticeDept? This is a Federal Crime. pic.twitter.com/MOBcRgNtdw 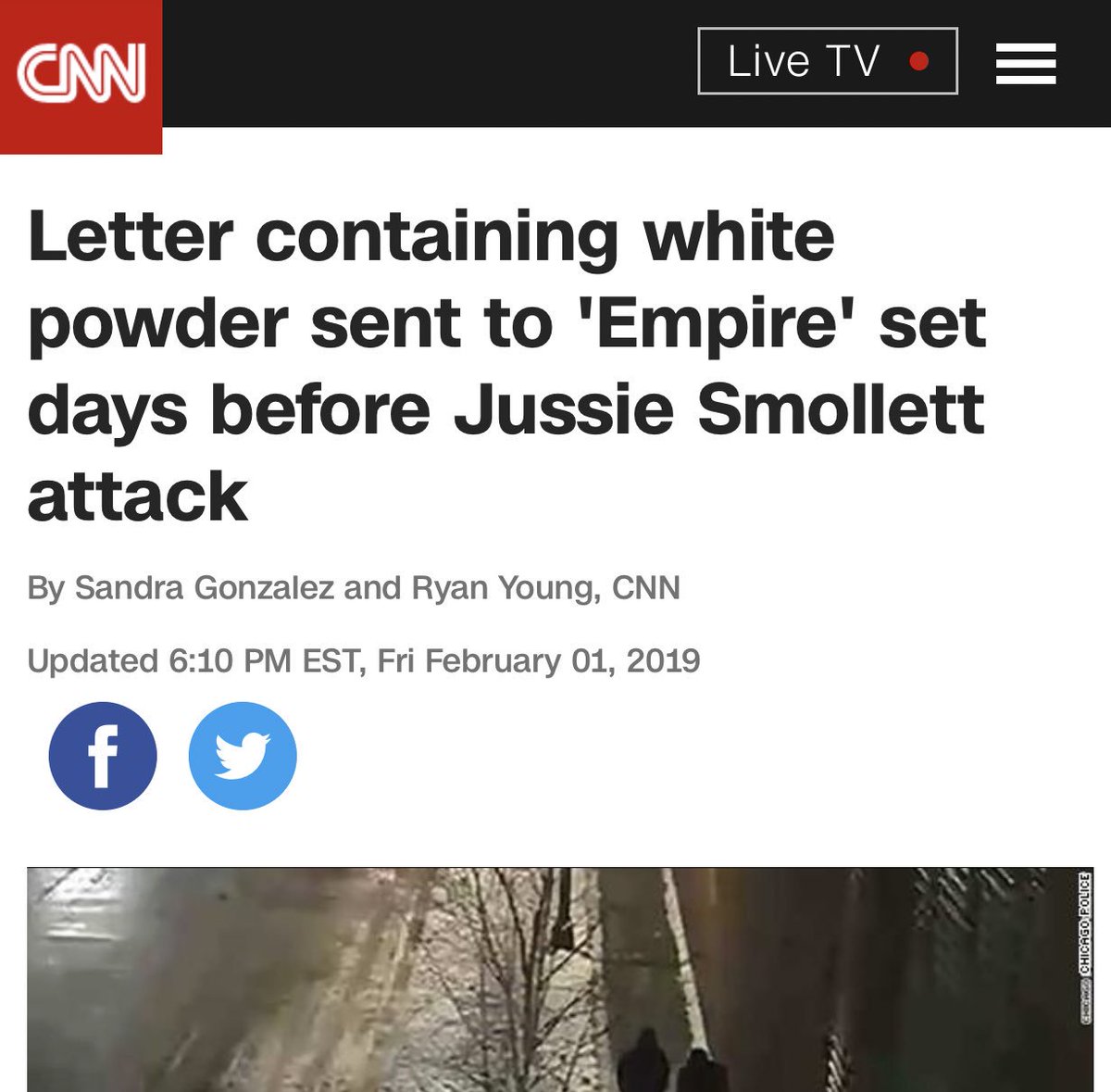 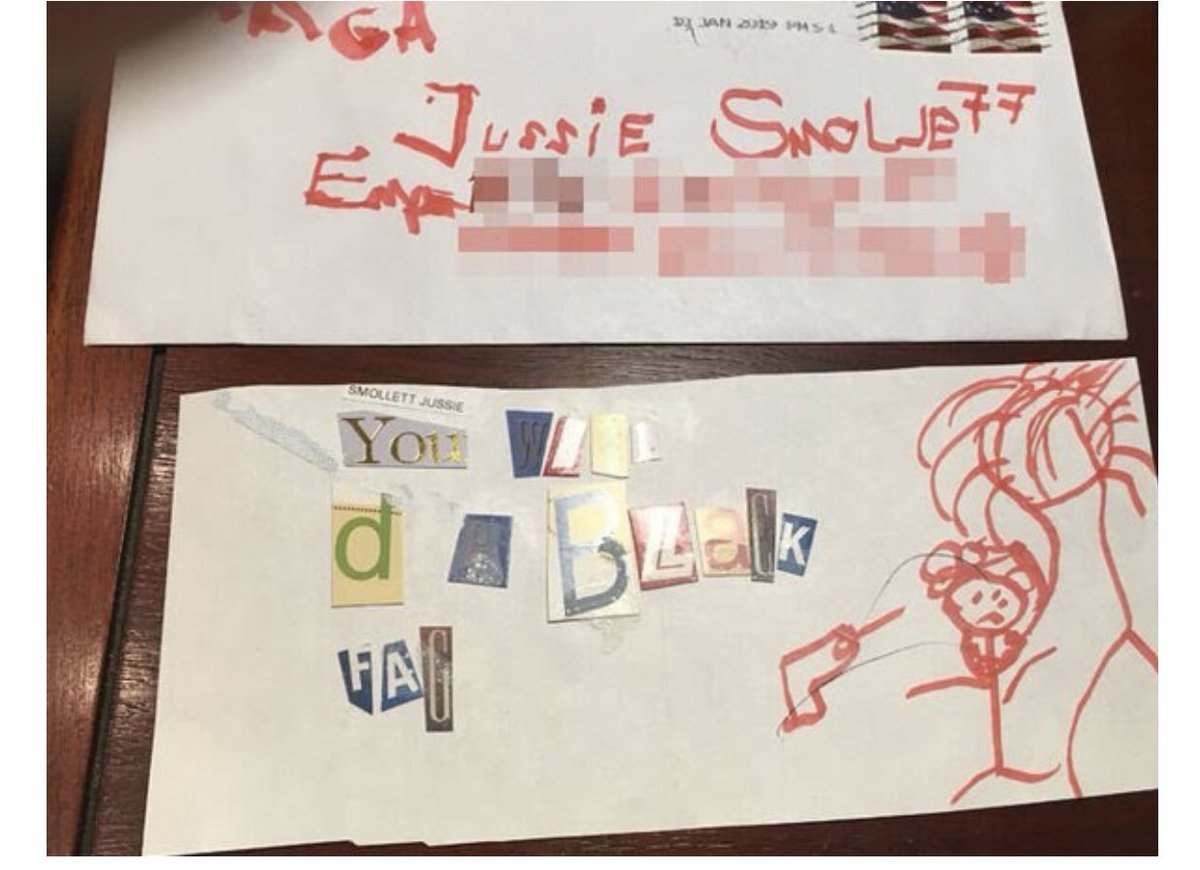 The law is pretty clear, unless of course you can’t charge a person for sending a threat to themselves? If so the American people deserve answers.https://t.co/e4jbxz7toq pic.twitter.com/GwmOMV7XdF 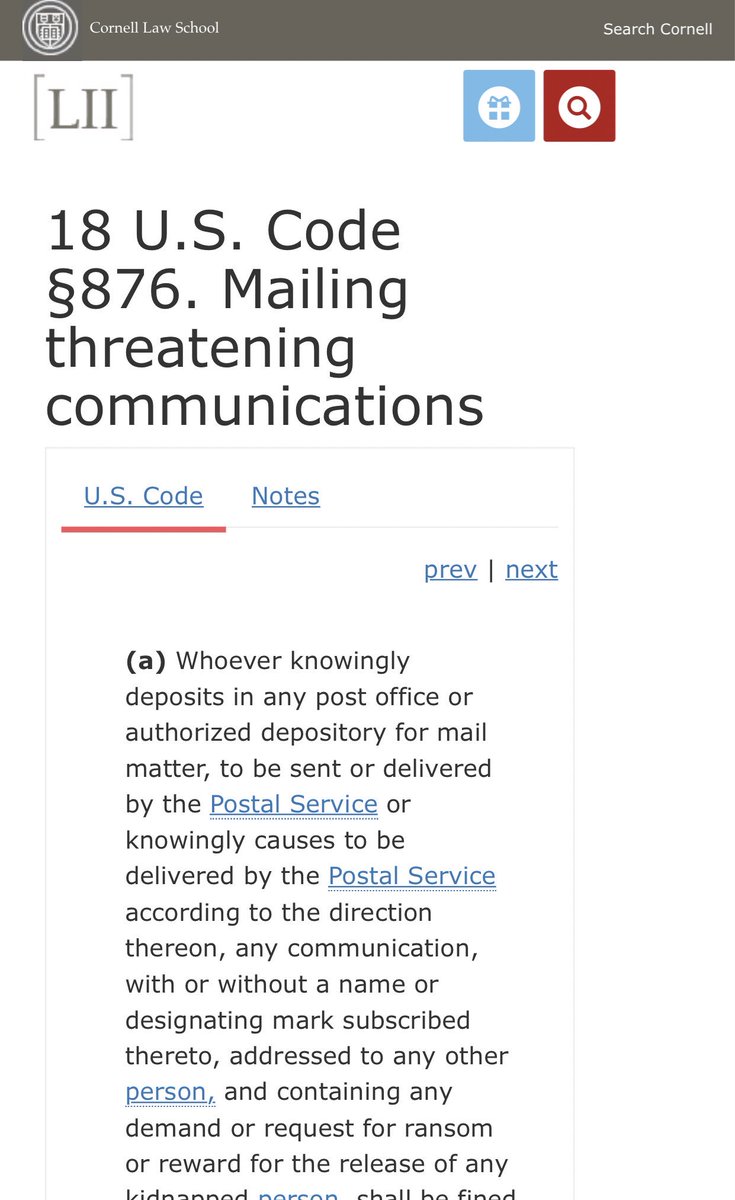 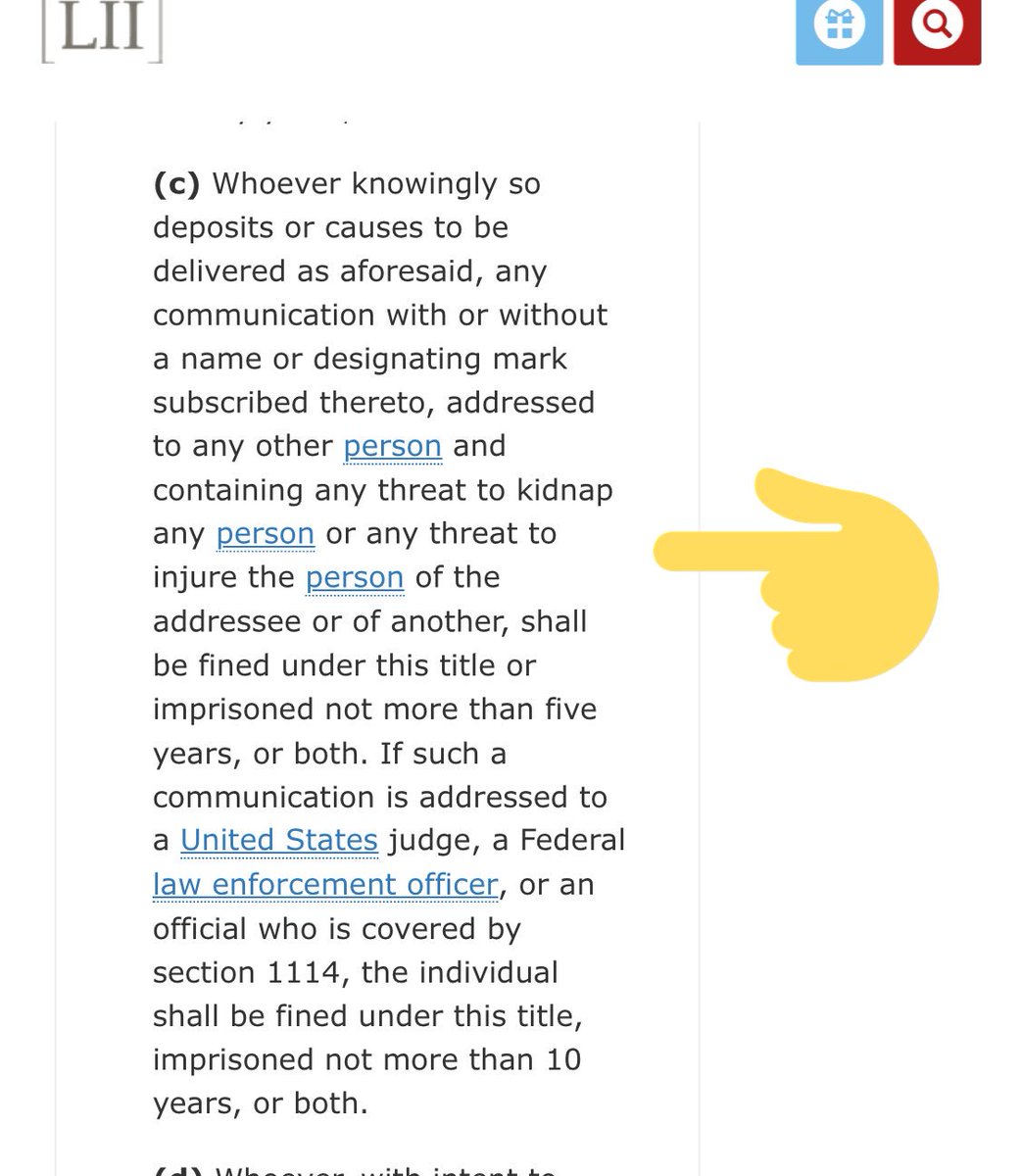 https://twitter.com/realDonaldTrump/status/1111214993293357056
“FBI & DOJ to review the outrageous Jussie Smollett case in Chicago. It is an embarrassment to our Nation!”
>It shall be done.
Q

[…]  One juror, Michael Meyer, 60, said he was agitated that prosecutors, including Mueller, had devoted resources and attention to the case given the more serious allegations that he said were illuminated by the special counsel’s work.

This is a big loss for the DOJ National Security Division, who ignored these alleged FARA violations until they needed to prove-up their surveillance. https://t.co/lVtFB7GUOi

Its all starting to fall apart for the DS,

Now Lindsey Graham is pushing for an investigation outside of the IG report, he said the following

Trump continues to drip feed the public on what is coming, trump tweeted out the following

“Absolutely nothing is more important than going back & getting to the bottom of the origins of the investigation. We had an administration using America’s Spying Apparatus to spy on a political opponent at the height of a presidential election. Those are all known, undisputed…

….facts, and that should terrify every American regardless of their political stripe. The idea that all of that information hasn’t already been revealed shows how dastardly these people are, and how terrified they are about what’s going to happen when that….

I do believe that the timing of the Epstein investigation and the release of the comey report, then the declas of FISA was timed perfectly together, the entire story with the same players needed to presented to the public, just showing spying and treason was not enough, having this people implicated in crimes against humanity was needed to bring the real pain and let the American people see who these people really are.

DeGenova says ‘sedition’ not ‘treason’, is that delineation accurate on those who were involved to frame Trump and the American people?

Tucker Carlson: So if the speculation is true and Epstein’s real business was running a blackmail scheme against the powerful, then there are likely to be tapes and implicating documents.  And there’s already been hints that there are tapes.

Judge Jeanine Pirro:  Well, you got Prince Andrew at his home with young girls coming out and, you know, Prince Andrew saying goodbye to him.  We have it right there on tape…

The are projecting what is coming, they are letting the people know what to expect.

>>4093335
Why do the CLINTON’S remain in CONTROL of many still in POWER?
>>>BLACKMAIL
The Clinton family is working overtime.
PANIC IN DC.
Nothing can stop what is coming.
Nothing.
Q

President Trump showed a doctored hurricane chart. Was it to cover up for ‘Alabama’ Twitter flub?

Well as it turns out the WaPo was pushing the fake news. Eric Trump drops the Hammer on MSM. This pettiness from the @washingtonpost is exactly why the public hates the media. This is a basic graphic from the NHC – I don’t think it’s beyond comprehension that Alabama was in the path had the storm not gone North. Stop the BS. The Washington Post is a joke. #Alabama https://t.co/hdsOohU5WI pic.twitter.com/SMVNVC11E4

This was the originally projected path of the Hurricane in its early stages. As you can see, almost all models predicted it to go through Florida also hitting Georgia and Alabama. I accept the Fake News apologies! 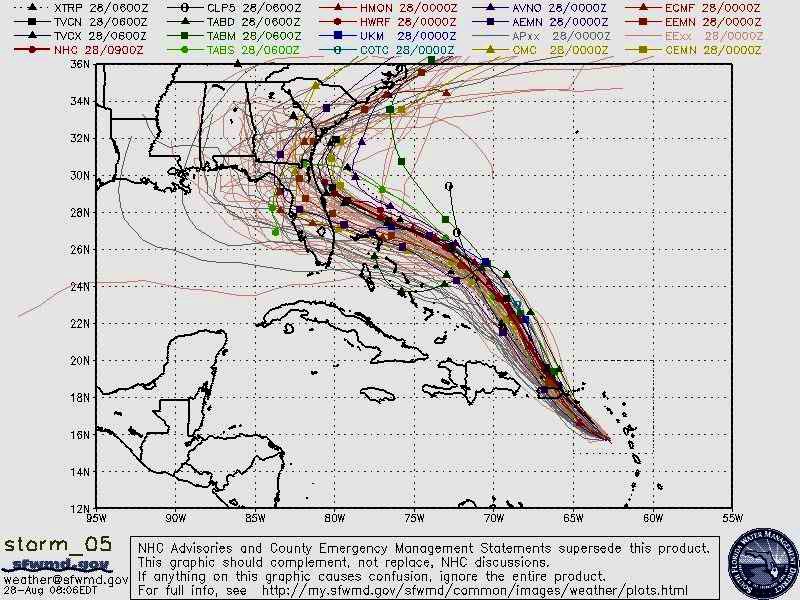 Source: thegatewaypundit.com
Now there is another fake story going around this has to do with social credit score to determine eligibility to purchase a firearm, remember this is was the DS always wanted and they are trying to push it on Trump, but in reality they are exposing their true agenda

UPDATE: A source familiar with the internal discussions at the White House tells me the WaPo story about the Trump admin considering a social credit score to determine eligibility to purchase a firearm is absolutely false and has never even been discussed.

The swamp is being drained, think about all those that have been fired or resigned. Think about the investigations that are nearing complettion or are ongoing, no leaks, the comey report before it was released had no leaks, we are now going to experience the perfect storm, Trump tweeted out the following

I’m draining the Swamp, and the Swamp is trying to fight back. Don’t worry, we will win!

As more and more information is brought out the public the swamp is going to yell and scream, you will see this from hollywood, politicians, the MSM etc…. they are going to try to fight back but it will not work, truth will destroy the propaganda they push, lets go back to post , this is exactly year ago

>>150413820
My actual conclusion is probably what’s delayed me the most as it’s been mind blowing understanding our country now…. I totally get it..Current conclusions?
so Titanic -> Rothchild screws America by making our money worthless -> crash of 29 -> Tons new government which doesn’t fix the problem Rothchild created (but a war helps) -> cia -> everyone blackmailed with sex tapes -> media consumed cia -> Country forced hard left -> population to puppets -> Causes uprising by certain Patriots like Kennedy/Reagan/Trump and while they managed to kill Kennedy and outlast Reagan enough lessons were learned that we are now finally ready to clean house and become America again?First time in about a hundred years…. wow…

One thought on “Confirmation, The Swamp Is Being Drained, We Knew This Day Would Come – Episode 1962”