Ep 2792a – Inflation Blame Game Continues, This Will Not End Well For the [CB]
Gas is going through the roof, the people are blaming [JB] and the puppet masters are now pushing this to the extreme. Fuel prices are going to increase again. [JB] quietly ups the percentage of ethanol, this is not going to help. The blame game continues, [JY] takes shot at [JB]. Durham has what he needs for the next case, watch what happens next. Musk has Twitter where he wants them, they knowingly lied about the bot count on the site, this will not workout well for them in the end. Trump and the patriots are exposing the entire system, the [DS] have lost the narrative and the people and they admit to this. The [DS] will do anything and everything to regain power but this will fail. The 16 year plan has failed and now the people can see this.

And this was intentional.

The Federal Reserve is taking the steps that it needs to take. It’s up to them to decide what to do. And, for our part, President Biden is focused on supplementing what the Fed does with actions we can take to lower the cost that Americans face for important expenditures they have in their budgets.

The Left can’t help but prove the point of the film. They are too terrified to even watch it. pic.twitter.com/AheHPr92cq

And that is how we end up with this: pic.twitter.com/bGHi3rCPpq

This is the best response yet from a film critic. The email address at the end, paired with the statement in the beginning, is a tremendous self-own. pic.twitter.com/QYmdHjhQFj

Only thing more remarkable than DOJ not leaking the list is that no one in the media cares. Doesn’t that seem odd? pic.twitter.com/JEK4TErABB

Ah yes, Maxwell photobombing me at a @VanityFair Oscars party – you should them why they invited her.

The same people who push this photo say nothing about prominent people who actually went to his island a dozen times. Also very strange …

He has them now,

Did the board knowingly lie to Musk, they must prove this to Musk, if not they are in breach of contract,

"…Twitter is transparently refusing to comply with its obligations under the merger agreement, which is causing further suspicion that the company is withholding the requested data due to concern for what Mr. Musk’s own analysis of that data will uncover."

We need really strict gun laws like the ones in Democrat run cities so we'll all be safe.

The media ran with a charge that the Florida Governor manipulated Covid data. A state Inspector General finds it wasn’t true.https://t.co/6vI7s3nfjX 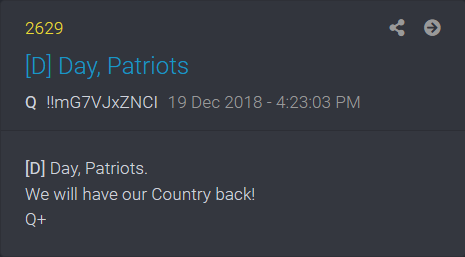