Ep 2842b – DeSantis Paves The Way For Future Patriots, Do You See What’s Happening? Panic In DC Ep 2842a – Another Economic Piece Has Been Put Into Place, [CB] Panic, Structure Change

The world is in a chaotic state, the [WEF]/[CB] are pushing their agenda but in the end it will fail. Their agenda is transparent to the people. Another economic piece has been put into place, structure change is coming and the move away from the [CB] fiat system. The patriot plan is moving forward, the template is being created for future patriots. Once the new patriots are in position the draining of the rest will begin, do you see how this works. DeSantis is showing the others how it is done, once one individual does it the other will have the courage to follow.Panic in DC, they cannot stop this.

BREAKING: FBI Director Wray just testified "a number of people" who worked on the Crossfire Hurricane case are under internal investigation but suggested none has been fired b/c probes have been "slowed down" due to "cooperation & assisistance" w/ Durham's criminal investigation

Progressive prosecutors backed by Soros have refused to enforce laws across the country. They treat criminals with deference & victims with contempt. This dereliction of duty is why crime is surging. But @GovRonDeSantis won’t stand for this. He just suspended the one in Florida.

Here is the CDC ordering a certain platform the name of which begins with T to ban Naomi Wolf for daring to mention certain things before the NYT confirmed them as true. pic.twitter.com/tperboWJH5 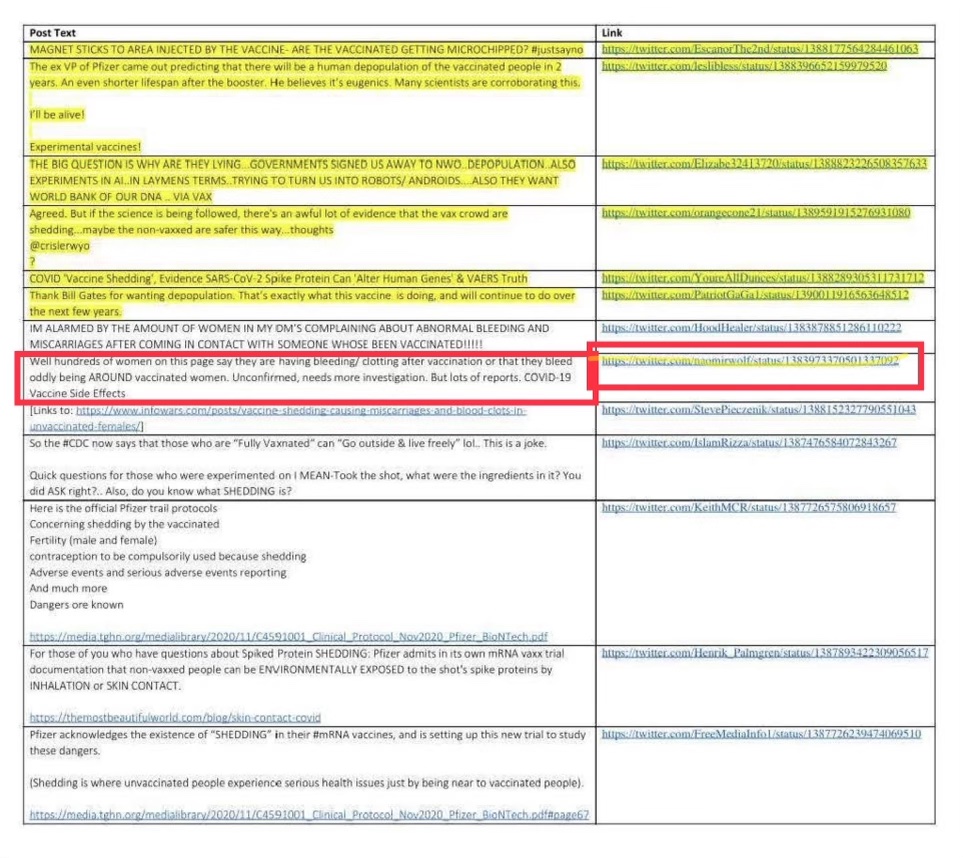 Senator @tedcruz Also Asks About The Promotion Of FBI Special Agent In Charge Of The Detroit FBI Field Office To The DC FBI Field Office Now Overseeing The 1/6 Investigation pic.twitter.com/aza2QXLhcp

“There were a certain number of people who concealed themselves more effectively. So part of it is a little more challenging to get those people identified. That’s part of it… I have to be little bit careful what I say here. But we are continuing to develop some of the more complicated parts of the investigation in terms of conspiracy charges and that sort of thing.”

In regards to the midterm being cancelled, the [DS] is panicking, they know if they lose the midterms it is game over for them. This doesn’t mean we don’t vote, we vote like we have never voted before, united as one and in mass we bring on the red wave. They know this is coming.

911 was used to get us into the middle east (Afghanistan), violated our rights with the patriot act

[FF] Mass shooting is used to confiscate weapons from the people

The Pandemic was used to control the people, push the vaccine, cheat in election to remove trump

Riots were used in 2020 to defund the police, create chaos

The question is what is the [DS] going to do during the midterms, the [DS] is desperate.  Will they create riots, terrorism, national emergency to cancel the elections so there is no red wave?

6 thoughts on “DeSantis Paves The Way For Future Patriots, Do You See What’s Happening? Panic In DC – Ep. 2842”