The MSM/D’s are now pushing their narrative that the economy is crashing, it will never recover, this will fail, once people see the economy recovering the narrative falls apart. More states are now lifting the lockdown, stores are opening, Macy’s is in the process of opening their stores. Trump has now set aside 3 billion to help those who might have lost their home during the pandemic. The [DS]/MSM plans have now failed, the people’s movement is becoming very large, the awakening is now happening and people realize what is going on. Trump once again points the finger at Antifa and sends a message. The patriots are in control, the people have the power now.

Nasdaq Composite crosses 10,000 for the first time ever

The U.S. Federal Reserve eased the terms of its “Main Street” lending program , lowering the minimum loan size from $500,000 to $250,000 and lengthening the term from four to five years to encourage more businesses and banks to participate..

114 people are talking about this

This additional $2.96 billion in ESG grants to help communities serve the homeless and provide shelter is part of the @realDonaldTrump Administration’s commitment to helping all Americans impacted by the coronavirus outbreak. https://www.hud.gov/press/press_releases_media_advisories/HUD_No_20_077 …

Our most vulnerable need help and need protection, especially due to the impact of Coronavirus, and @HUDgov is committed to providing them with the shelter and resources they need to prevent homelessness and rapidly rehouse homeless individuals. https://www.hud.gov/press/press_releases_media_advisories/HUD_No_20_077 …

President Donald Trump wrote on Twitter: “We are taking care of our Nation’s most vulnerable citizens. Thanks @SecretaryCarson.”

I am allocating $2.96 BILLION in Emergency Solutions Grants to support homeless Americans and those at risk of becoming homeless because of job or wage loss, or illness due to COVID-19. We are taking care of our Nation’s most vulnerable citizens. Thanks @SecretaryCarson!

According to HUD, the budget allocates money for the following programs:

On the Flynn hearing this Friday –

Principal Deputy Solicitor General Jeff Wall will be arguing for the U.S. in support of dismissing the case.

Mr. Wall clerked for Justice Thomas and has argued numerous cases before the Supreme Court. Good choice by the DOJ. pic.twitter.com/bKzWjV9I6l

My decision to appoint @usairforce General Charles Brown as the USA’s first-ever African American military service chief has now been approved by the Senate. A historic day for America! Excited to work even more closely with Gen. Brown, who is a Patriot and Great Leader!

Gen. Charles CQ Brown confirmed in a unanimous 98-0 vote to be the next Air Force chief of staff, and the first African American officer to serve as the top uniformed officer for any of the military branches.

It does not spread easily by touching surfaces or objects, as originally said

very rare that asymptomatics spread it

rioters were not social distancing, health professionals gave the rioters special permission, which means there is no need to social distance

Lancet report is fake and retracted

Given recent gatherings, seems reasonable time for President Trump to resume holding rallies. Could be held outside. Give out masks at entrance, encourage use. But mass gatherings are now OK. Biden could re-start, too, of course. pic.twitter.com/4zk0otNSf1

Some outlets are putting out fake suppression polls to try to dampen the enthusiasm of President ⁦@realDonaldTrump supporters. Don’t buy it!

DS/MSM/Ds tried to stop the rallies, mail in voting, it has now backfired

This has now failed 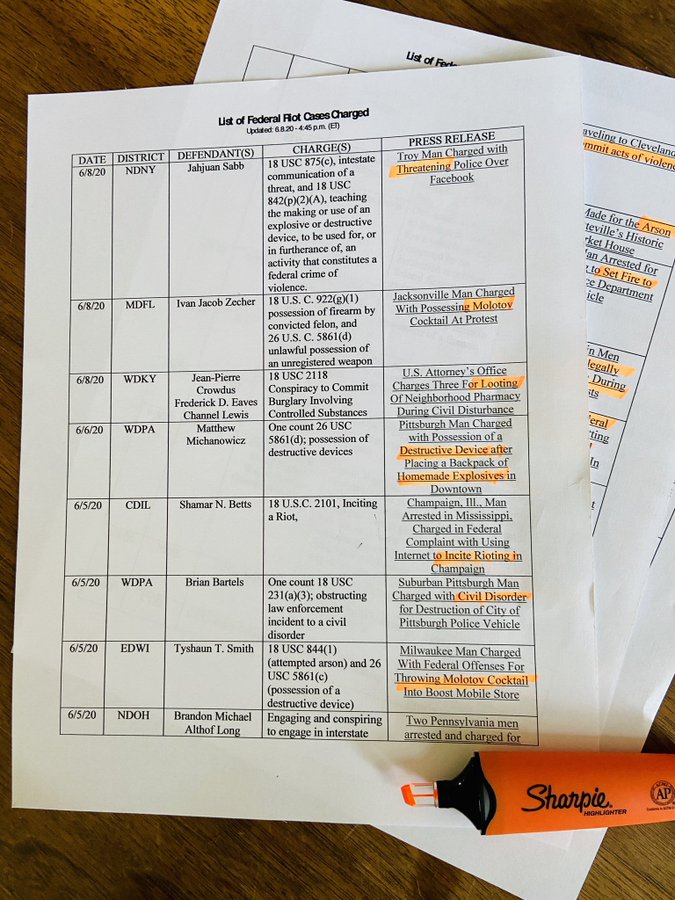 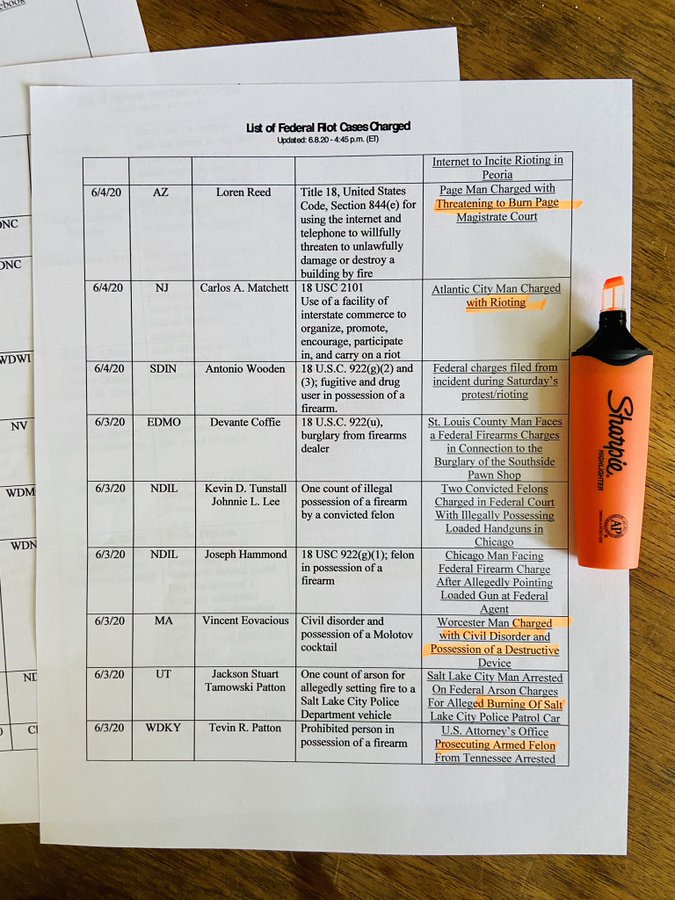 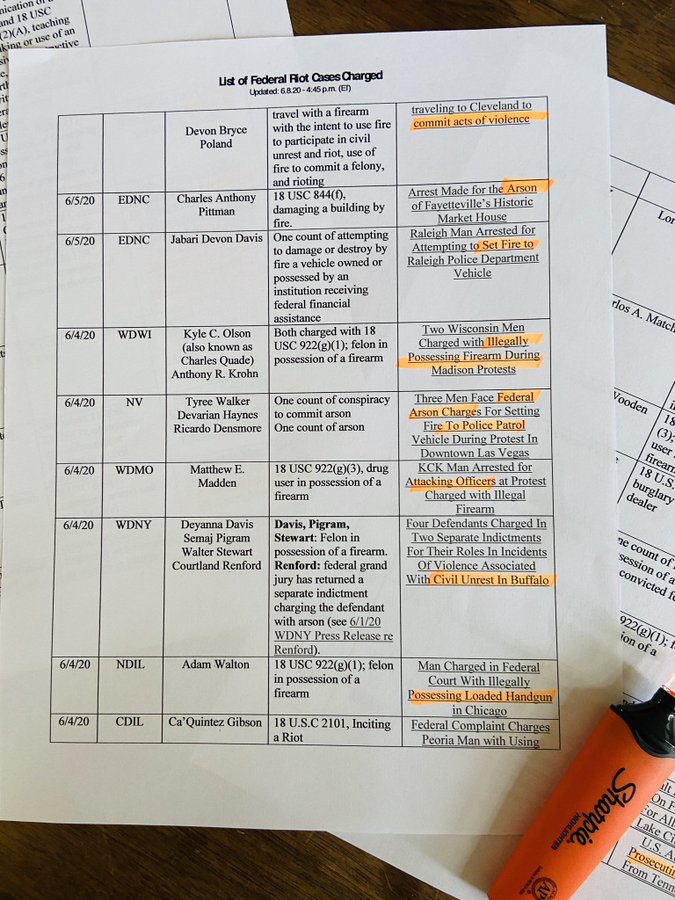 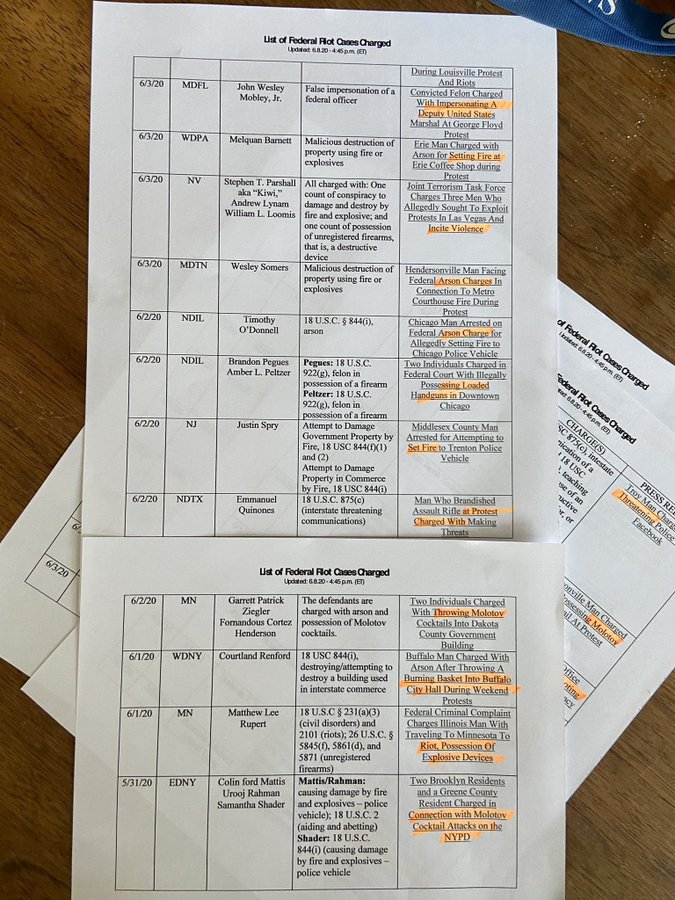 Buffalo protester shoved by Police could be an ANTIFA provocateur. 75 year old Martin Gugino was pushed away after appearing to scan police communications in order to black out the equipment. @OANN I watched, he fell harder than was pushed. Was aiming scanner. Could be a set up?

Trump initiative seized $1B worth of drugs at sea amid pandemic

On Wednesday, June 3rd AG Barr revealed to the VILE Press & the despotic DC Denizens what He & President Trump had done to FOIL THEIR INSURRECTION & hopes for a KENT STATE 2.0 where Protesters would die at the hands of the US Military in a severe CRACKDOWN pic.twitter.com/drnh4zVZtg

THE REAWAKENING OF AMERICA!

“I’m trying to free your mind, America. But I can only show you the door. You’re the one that has to walk through it.” “Unfortunately, no one can be told what the [DS] is. You have to see it for yourself.”

These People are Stupid

New Q (9 Jun ’20): I mused on 4 Jun re: EAM drop may’ve been to let [them] know POTUS & mil intel were aware of [their] plans & countermeasures were in place. By posting as Q drop w/our massive WW reach, it made [them] scrap their plans for Fri or Sat.https://t.co/CjYO54YYU6 pic.twitter.com/3wEzzuWKA3

Q exposed elements of the plan against the President and revealed the response that would be taken by those who are loyal to him.

What this means is that the power is now in the hands of the people. We The People have countered the [DS] Plan

2 thoughts on “Do You See What Is Happening, Message Sent, Message Received – Episode 2195”