The MSM/[DS] tried everything to convince the people that the economy was not doing well. They had the virus event, riots and pushed articles letting everyone know that this is coming, it all failed. The economy is now doing the opposite of what they wanted. The [DS]/MSM are now caught in their own narrative, just like the protests/riots when they denied it. Trump is trapping them at every turn. The patriots knew the playbook, they knew what the [DS] was attempting to do, he had to show the people. The ultimate truth needs to be revealed, do not be afraid, it is all about to come out.

For context: it took the Obama-Biden Admin 29 months to recover a similar percentage of jobs.

This morning I submitted my resignation to the President and the Attorney General, effective Friday. Last month I accepted a position in the private sector.

It has been a great honor to serve the people of Texas as U.S. Attorney.

Judicial Watch announced today that the State of Pennsylvania and three Pennsylvania counties admitted they reported incorrect information to a federal agency concerning the removal of ineligible voters from their voter rolls.

Democrats are now deliberately spreading false information about treatments that tens of millions of Americans take safely every day–drugs like prednisolone and hydrocortisone–as part of their never-ending jihad to remove Trump from the White House. https://t.co/CcrjrfHAas

BREAKING: CDC now says coronavirus can spread through airborne transmission to people who are further than 6 feet away. 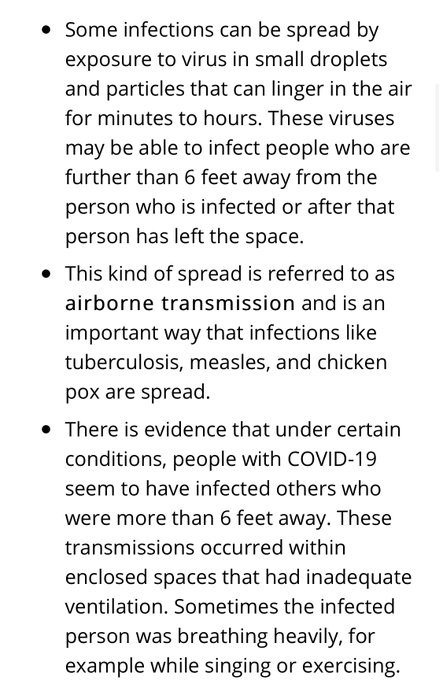 You lost the narrative war.

Cleveland Clinic itself said Trump had been tested and tested negative by his campaign prior to the debate. But 11 cases in Cleveland are traced to the debate set-up crewhttps://t.co/hvcefh0i2d

At this point, there are really only 2 possibilities 1. They don’t really have Covid, and it’s some kind of white hat op 2. Someone deliberately infected WH staff
Quote Tweet

I will be leaving the great Walter Reed Medical Center today at 6:30 P.M. Feeling really good! Don’t be afraid of Covid. Don’t let it dominate your life. We have developed, under the Trump Administration, some really great drugs & knowledge. I feel better than I did 20 years ago!

What has been the narrative of the MSM, [DS], covid is scary, death is all around us, what did Trump just do.

>>1952583
I almost hope they don’t ask. It would be fun to watch them try to manage the spin when 90% of the country is aware of you and all that you’ve been shining a light on, while the MSM still can acknowledge it.
I can see them squirming now..

>>1952748
It must happen.
Conspiracy no more.
Think of every post made.
It would force us to prove everything stated to avoid looking crazy, correct?
What do they fear the most?
Public awakening.
If they ask.
They self destruct.
They know this is real.
See attacks.
The build is near complete.
Growing exponentially.
You are the frame.
You are the support.
People will be lost.
People will be terrified.
People will reject.
People will need to be guided.
Do not be afraid.
We will succeed.
Timing is everything.
Think Huber.
Think DOJ/FBI reorg.
Think sex/child arrests / news.
Think resignations (loss of control).
How do you remove evil in power unless you reveal the ultimate truth?
It must be compelling to avoid a divide (political attack/optics).
We are the majority (growing).
WW.
Sheep no more.
TOGETHER.
Q

Indoors is not safe