Skip to content
Reports
October 4, 2020October 5, 2020 x22report
SPREAD THE WORD
The patriots are now in control the economic narrative, once Trump brought the unemployment numbers down to 7.9% it is game over for the [CB]/MSM, they can no longer use this as talking point. The politicians voted on their paychecks very quickly but took their time when it came to the people receiving stimulus. The economic narrative controls how people will vote. The [DS]/MSM moved forward with their latest plan, use the virus to get Trump off debate circuit, stop the SC confirmation and use fear and chaos. This all failed, the patriots already knew the playbook and Trump is now using this to his benefit. Is this about the virus or the election, is this about the riots or the election, it’s all about the election. How do you remove fear, how do you counter everything the [DS] is trying to do, you introduce the cure.

Just wanted to take a second to point out members of Congress were able to hash a deal avoiding a government shutdown, guaranteeing their paychecks, but can’t agree on a stimulus to help the people they were elected to represent. Pls stop voting for these clowns. November 3rd

Ds/MSM are calling for a delay of Amy Barrett hearing

Senate floor proceedings will be postponed until October 19th. The @SenJudiciary confirmation hearings for Judge Barrett’s nomination to the Supreme Court will convene on October 12th as scheduled by Chairman Graham. My full statement: pic.twitter.com/7ThKZPJBZG 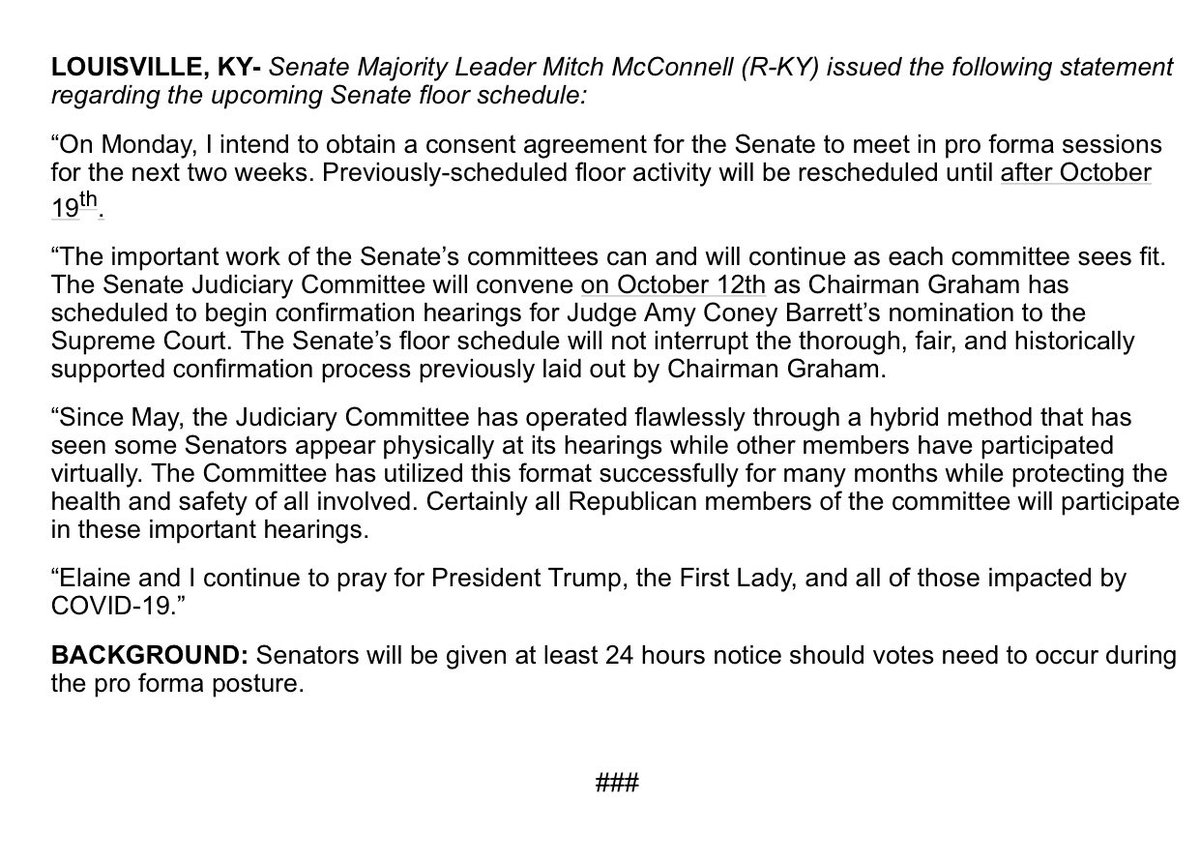 Please refer your contact on Next Door to us; happy to follow up. For reference, all returned, voted mail ballots require signature verification prior to being cleared for processing — a safeguard built into CA Election Law.

What a disgrace. You want to do cleanup after the ballots were sent to very old lists?!

Why didn’t you do this BEFORE they were mailed out?

This is a scandal. https://t.co/stS97knNoL

I am calling for an investigation into @GavinNewsom’s election interference. This is a scandal. It’s being ignored by the media. It’s happening everyday!

Here are two ballots mailed to two people who have been dead for more than 10 years! pic.twitter.com/wHHUqy4l3X 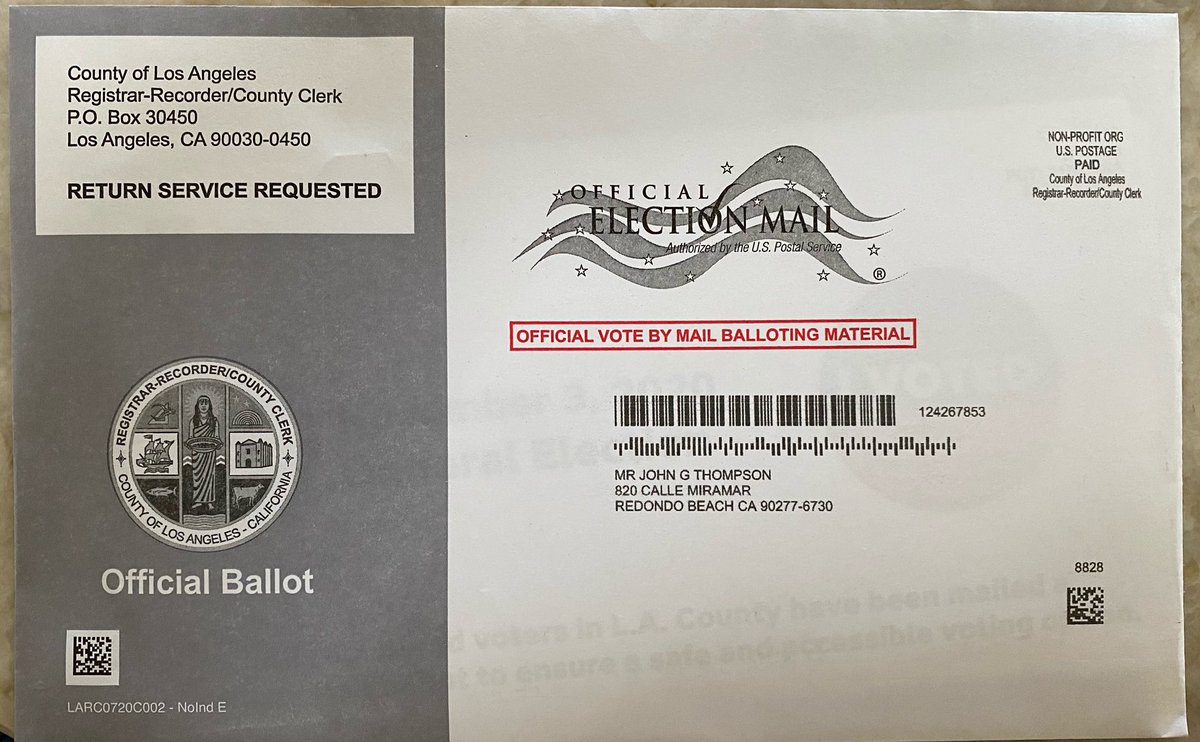 This is the RNC’s FIFTH legal win just this week.

Courts have sided with the GOP in:

We will continue to fight back against Democrat assaults on our elections!
https://t.co/ImFKSGcJLU (3/3)

This MAGA parade in Denver is over a mile and a half long. Check the guy out in front !!!!! pic.twitter.com/VYSPZmbfws

Here is a view from on top of an NYPD barrier. Line of cars goes from 56th street up to 59th street. @NY1 pic.twitter.com/AhAwEBi67z

Hawaii is going crazy for @realDonaldTrump.

Democrat states are pushing hard for flipping their state for Trump. pic.twitter.com/R4QjebtawC 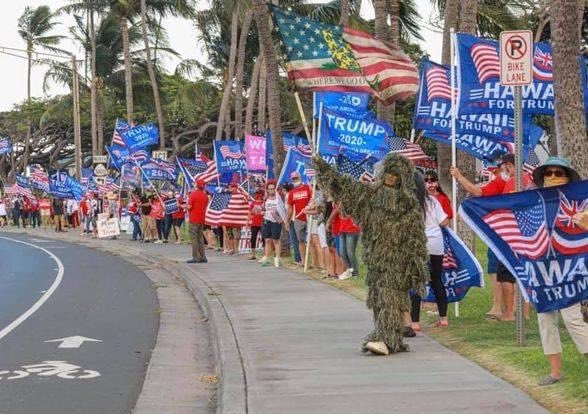 Also curious – why hasn’t the homeless population been decimated by COVID since most of them aren’t don’t social distancing, don’t wear masks or talk behind plexiglass, don’t use hand sanitizer and don’t wash their hands all throughout the day?

Why don’t we ever hear about them.

The four progressive Democratic congresswomen known as “The Squad” expressed surprise when Twitter posted about its policy against wishing harm or death to someone in light of President Trump’s Covid-19 diagnosis. https://t.co/in5m0zwijR

I am seeing so many ugly tweets from liberals asking Trump if he thinks the virus is real now. Just because you understand that COVID has been manipulated for political purposes and that masks are not effective, does not mean you deny COVID exists.

MSM assumes lack of mask-wearing was the cause of last Saturday’s “super spreader event” in Rose Garden, but some who tested positive, including Sen. Thom Tillis, clearly were wearing masks. The virus more likely spread through contact with fomites, then face, not through the air 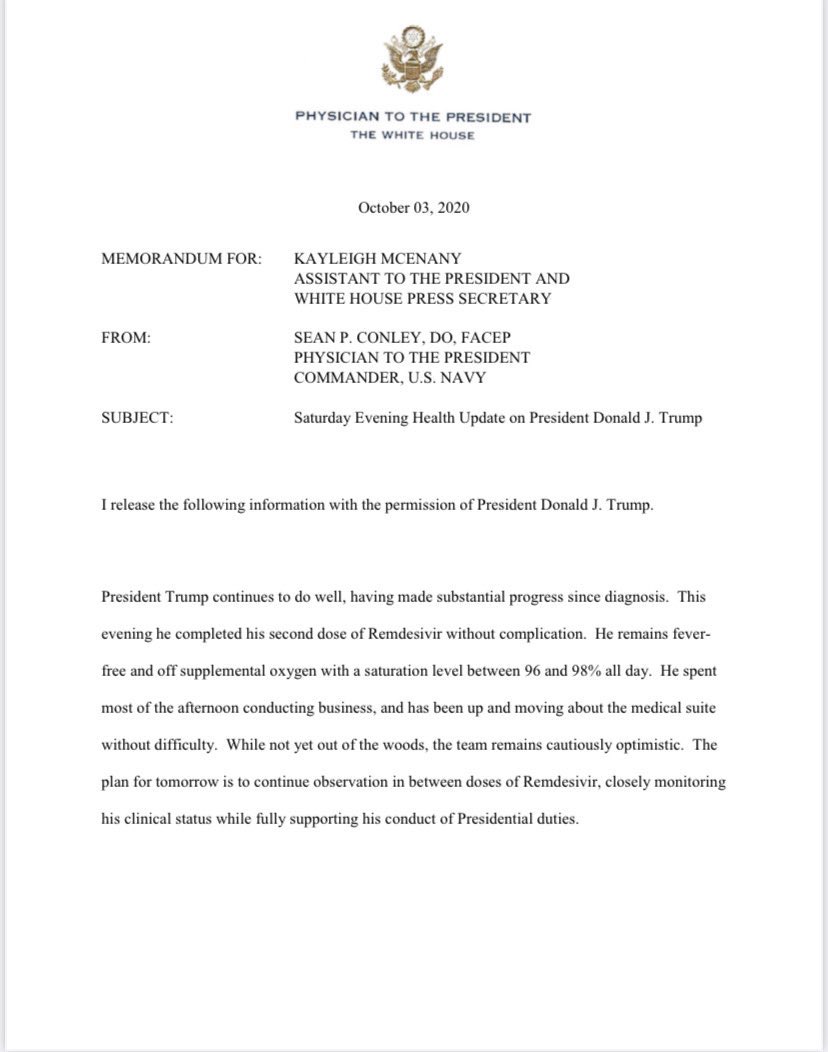 Was wondering if anyone noticed this yet? 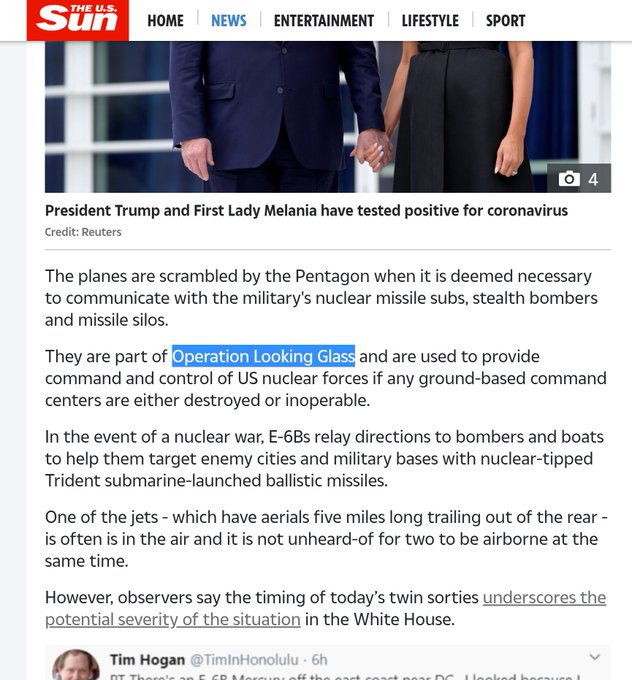 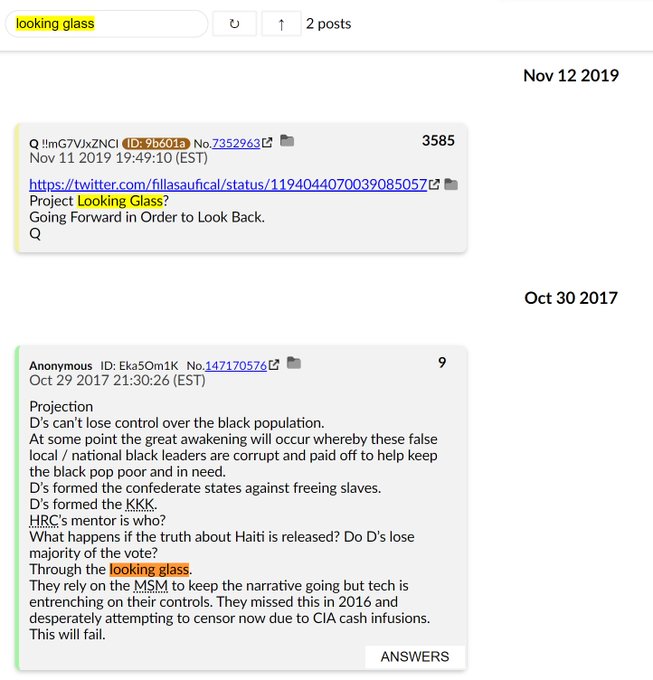 Thread:
1. Trump’s Operation Warp Speed bypassed the corrupt globalist WHO that were planning on unleashing the Bill Gates poison onto us all.

2. Warp Speed was about to announce its results amid what would have been a firestorm of suspicion and criticism from politicized anti-vaxxers in the Democratic establishment who want us to remain sick.

3. But then Trump himself became “infected”, and he announced publicly the “experimental” treatment he was taking (Regeneron with zinc, vitamin D and the generic version of the heartburn treatment Pepcid).

4. He is the most important man on earth, so he is going to be taking only the most effective treatment known.

5. Look what he just did. He insulated himself from criticism from the fake news who know how it looks to attack a sick person, he tells us what Warp Speed is working on before it is formally announced, he gets better as proof it works, and Harris …

2 thoughts on “[DS] Playbook Used Against Them, Think Warp Speed, Looking Glass Was The Signal – Episode 2293”