The [CB]/[DS] are now patting themselves on the back, they have the people exactly where they want them, but do they really. The [CB] fell right into the trap, they accelerated their plan and blocked Judy Shelton. Countermeasures in place. The battle of all battles. The [DS]/[CB] propaganda has run its course, the evidence is overwhelming and the MSM/Social Media companies will move to the next phase. They are preparing to censor it all, the patriots are not just going to show that the system that was used manipulated this election they are going to show that this has been going on for generations, not just here in the US but around the world, we have been living in a fantasy land. Operators Active.

“Every country, from the United States to China, must participate, and every industry, from oil and gas to tech, must be transformed,” wrote Klaus Schwab, the founder and executive chairman of the World Economic Forum, in an article published on WEF’s website. “In short, we need a ‘Great Reset’ of capitalism.”

Schwab also said that “all aspects of our societies and economies” must be “revamped,” “from education to social contracts and working conditions.”

LIST OF DOOMSDAY PREDICTIONS THE CLIMATE ALARMIST GOT WRONG 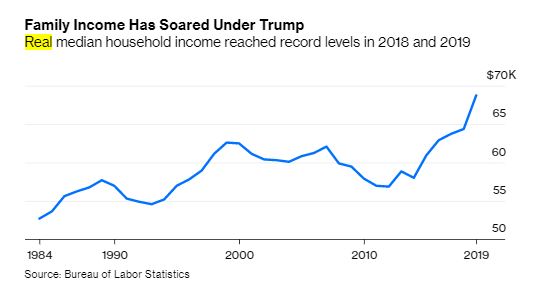 Trump Fed nominee is an ‘unqualified partisan quack’ who’s been ‘condemned by hundreds of economists’: columnist

Sen. Schumer: “No court is going to overturn this election — Joe Biden will be installed as president.” pic.twitter.com/FDobbqczJK

President-elect Biden and VP-elect Harris are set to receive a national security briefing Tuesday, though it won’t be done by government officials because the Trump administration still hasn’t formally approved the transition. https://t.co/JuEdOk04Py

Umm why are all the Dominion people deleting their profiles on LinkedIn AND looks like all their software engineers are in Serbia. Nothing could go wrong 🥴 pic.twitter.com/TUfkSvzo0Z 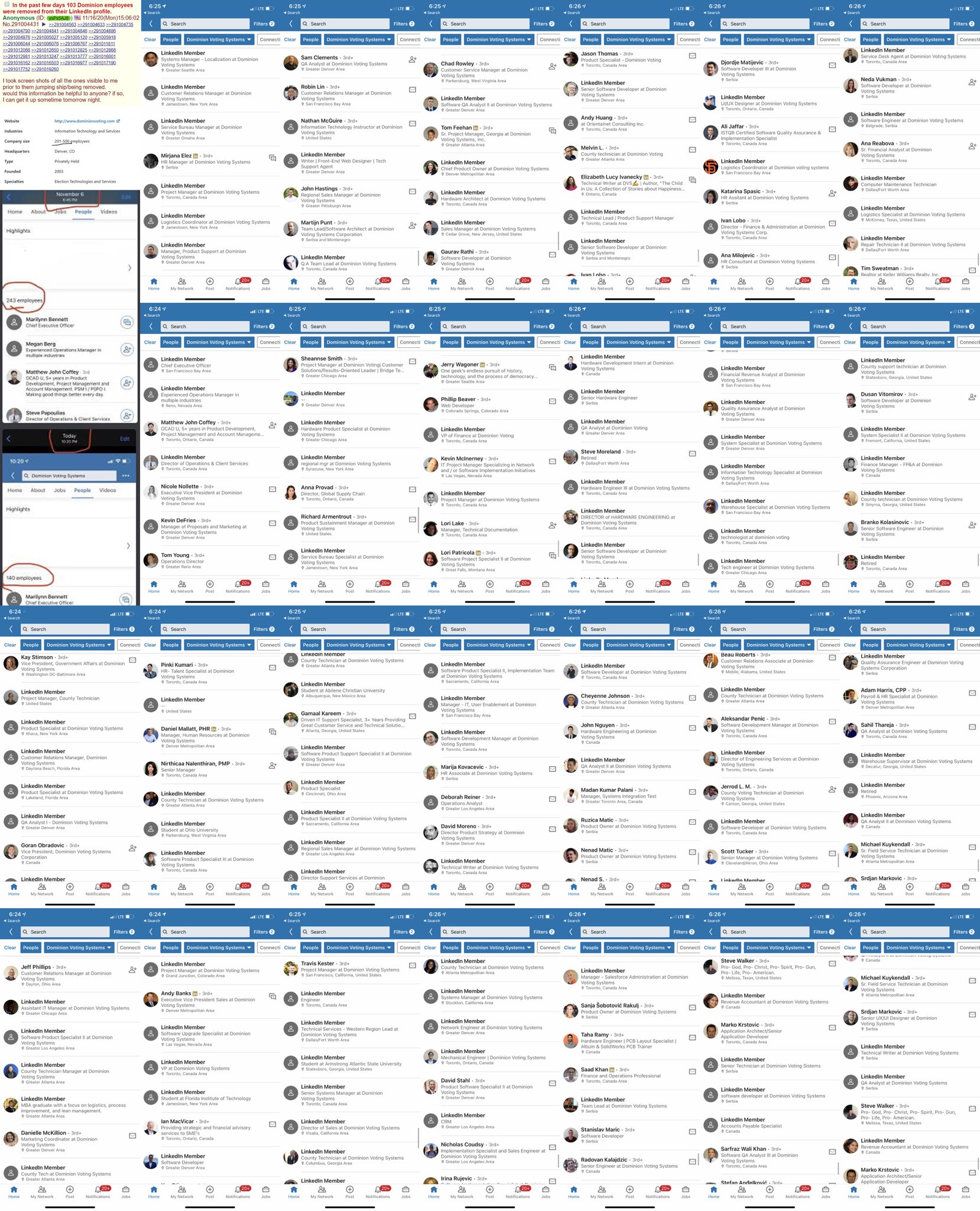 My God, I’m just noticing this..

1) “Dominion,” a word that is the opposite of freedom and democracy.

They put it right in our faces! pic.twitter.com/n7zejMKIYi

2) On Nov 12 CISA issued a statement disputing voting irregularities saying “the November 3rd election was the most secure in American history.”

The statement noted “There is no evidence that any voting system deleted or lost votes, changed votes, or was in any way compromised.”

3) What the agency failed to disclose, however, is that Dominion Voting Systems, along with Smartmatic, is a member of CISA’s Election Infrastructure Sector Coordinating Council – one of the two entities that authored the statement put out by CISA.

5) However, both Dominion & Smartmatics are listed as members of CISA’s Sector Coordinating Council and appear to be actively involved as they are named as “Organizing Members” of the SCC.

6) On Nov. 12, this publication published an article detailing a number of concerns raised about the integrity of Dominion Voting Systems in a sworn Aug. 24 declaration from a poll watcher and acknowledged expert on electronic voting security.https://t.co/H06sFADmko

7) On Nov 11, we asked Dominion Voting Systems for comment about the allegations and received no response.

Our article was published on the morning of Nov. 12.

That afternoon CISA published the statement denying any problems with the voting systems.

8) On Nov. 13, Dominion sent us an email titled “SETTING THE RECORD STRAIGHT” which cited the joint statement published by GCC and SCC.

Dominion cited the CISA statement as exoneration but failed to disclose that the statement was written by a Council of which it was part. pic.twitter.com/BbIFZ3eQMt

9) Additionally, while it remains unclear whether CISA and the GCC/SCC have evaluated concerns raised in the Georgia lawsuit, their public statements categorically deny any problems with the systems.

10) On Oct 11, Judge Totenberg wrote that the case presented “serious system security vulnerability and operational issues that may place Plaintiffs and other voters at risk of deprivation of their fundamental right to cast an effective vote that is accurately counted.”

11) We’ve reached out to CISA for comment on these matters but have not received any replies as of this writing.
/END

TAKE A LISTEN To SIDNEY POWELL

EXACTLY!! Now imagine how much corrupt power and evil actions and money will be disrupted because of the #Truth coming out that MANY #elections were rigged!
Now do you understand why all the social media companies, Google, Twitter and others with partners in every corrupt country https://t.co/T9sSYt7qk5

are fighting to HIDE the #Truth-not to mention the #CIA #FBI and other officials in our government. #TV & many multi-national interests, countless politicians in this country & around the world are BOUGHT or bought their seats in one way or another–or blackmailed@POTUS #Kraken pic.twitter.com/Stfl9LFKKu

NEW: The PA Supreme Court has ruled Philadelphia did not violate state election law when it restricted how close poll observers could stand to the processing of mail-in ballots because of COVID — a loss for Trump’s campaign, which had won in a lower court

Either SCOTUS will rule that all the unconstitutional Mail-In ballots will be removed from the Total Votes, and the states are ordered to hand-recount WITHOUT them, OR…

SCOTUS will simply rule the election is invalid due to countrywide Voter Fraud, and at that point it will be sent to the US House and US Senate for a vote. This is where it gets good.

Under oath, Zuckerberg admits @Facebook DOES have “tools” to track its users across the internet, across platforms, across accounts – all without user knowledge. I ask how many times this tool has been used domestically against Americans. Zuck won’t say

A @Facebook whistleblower tells me it’s called Centra. Example below. Zuck said he couldn’t recall the name … he’s only the company CEO, after all pic.twitter.com/DLkQ46MiR4

Whistleblower says @Twitter and @Google routinely suggest censorship topics – hashtags, individuals, websites, many of them conservative – and @Facebook logs them for follow-up on Tasks. But Zuck REFUSES under oath to turn over list of @Twitter or @Google mentions on Tasks

Disinformation is everywhere. Here’s how to sort real news from fake news. https://t.co/IMtHmMYvl0

Senator Blumenthal then requested Mark Zuckerberg to TAKE DOWN and silence Steve Bannon!

In George Orwell’s 1984 it was called “The Ministry of Truth.”

In the USSR it was called the “Department of Agitation & Propaganda.”

In the Nazi era it was called the “Reich Ministry of Public Enlightenment & Propaganda.”

Today, we call them “fact checkers.”

I won the Election!

I have reversed the ridiculous decision to cancel Wreaths Across America at Arlington National Cemetery. It will now go on!

We’ve HEARD about the big one. Now we want to SEE it. And we’ll KNOW it’s been dropped because there will be confusion, chaos, panic on the Left. Suddenly they will go from “You got nothing!” to “Our ass is on fire!” @SidneyPowell1 @RudyGiuliani #Election2020results

“The Democrat machine in cities across the U.S. has been cheating in elections for generations.@realDonaldTrump is putting a STOP to it NOW!

Is the US political / election system corrupt?
Who owns poll machines?
Soros?
Why is this relevant?
They never thought she would lose.
They never thought she would lose.
Fantasy land.
Fantasy land.
The complete picture would put 99% of Americans (the World) in a hospital.
POTUS is our savior.
Pray.
Operators are active.
We are at war.
Goodnight BO.
Snow White.
Godfather III.
Q

They know what’s coming. Their only hope is to push the Biden narrative that he won. Why would they do this, they want people to believe that Trump cheated and is stealing the election, they will call it a coup, remember it is always the opposite.

We The People have all the power, our founding fathers made sure of this, this is what the [DS] has been trying to strip away for years,  Our power is in our numbers.