It’s happening, the BREXIT is moving forward. Trade deal coming soon, other countries watching closely to see what happens next. The [CB][DS] are using the same playbook, fear to push the global economy towards destruction. They have tried this before but on a smaller scale in the US. Fed holds rates steady and Trump signs the USMCA, wait for it. The [DS] is now struggling to make their case in the fake impeachment, meanwhile the patriots move their pieces into position. Trump calls out Bolton, sounds similar to Session and Powell, watch what happens next. The IG FISA report has discrepancies. Durham appoints a new criminal chief. The [DS] try to get ahead of the deep fakes, this will all fail, the patriots have it all, the best is yet to come.

BREAKING | And that’s that! The European Parliament completes the formality of signing off on the Withdrawal Agreement – we’re out on Friday! 👋

Jeffrey Mills of Bryn Mawr Trust ‘I don’t think we fully understand the scope of what’s going on with the coronavirus, I wouldn’t be surprised to see additional headlines come out that might shake the markets a bit.’

Will the Bank of England cut interest rates?

THIS Should Scare the Hell Out of Every American: Democrats Promise to Persecute Trump Supporters if They Take White House… AND THEY MEAN IT!

One year from today, the next president will begin her first full day of work. She’ll inherit a government in crisis, infected by corruption, and will need the expertise and drive to rebuild it and ensure it works for the people. I’ve got a plan for that. https://elizabethwarren.com/plans/after-trump?source=soc-WB-ew-tw-rollout-20200121 …

Restoring Integrity and Competence to Government After Trump | Elizabeth Warren

Donald Trump has corrupted our government and sent our country into crisis. We need a president with the energy, expertise, and vision to rebuild our government.

I’m sending a clear message to anyone associated with the Warren campaign: I will not tolerate the use of false information or false accounts to attack my opponents, promote my campaign, or undermine our elections. And I urge my fellow candidates to do the same.

I’m also calling on tech companies like Facebook, Twitter, and Google to take real steps right now to fight disinformation spread on their platforms. The safety of our democracy is more important than shareholder dividends and CEO salaries.

Remember Republicans, the Democrats already had 17 witnesses, we were given NONE! Witnesses are up to the House, not up to the Senate. Don’t let the Dems play you!

….many more mistakes of judgement, gets fired because frankly, if I listened to him, we would be in World War Six by now, and goes out and IMMEDIATELY writes a nasty & untrue book. All Classified National Security. Who would do this?

A letter dated January 23, 2020 from the White House to the attorney for former Trump national security advisor Ambassador John Bolton informed him that Bolton’s book should not be published because it contains “significant amounts of classified information”, including top secret information. The letter was sent several days before the New York Times anonymously sourced, second hand report on Bolton’s manuscript published Sunday night. 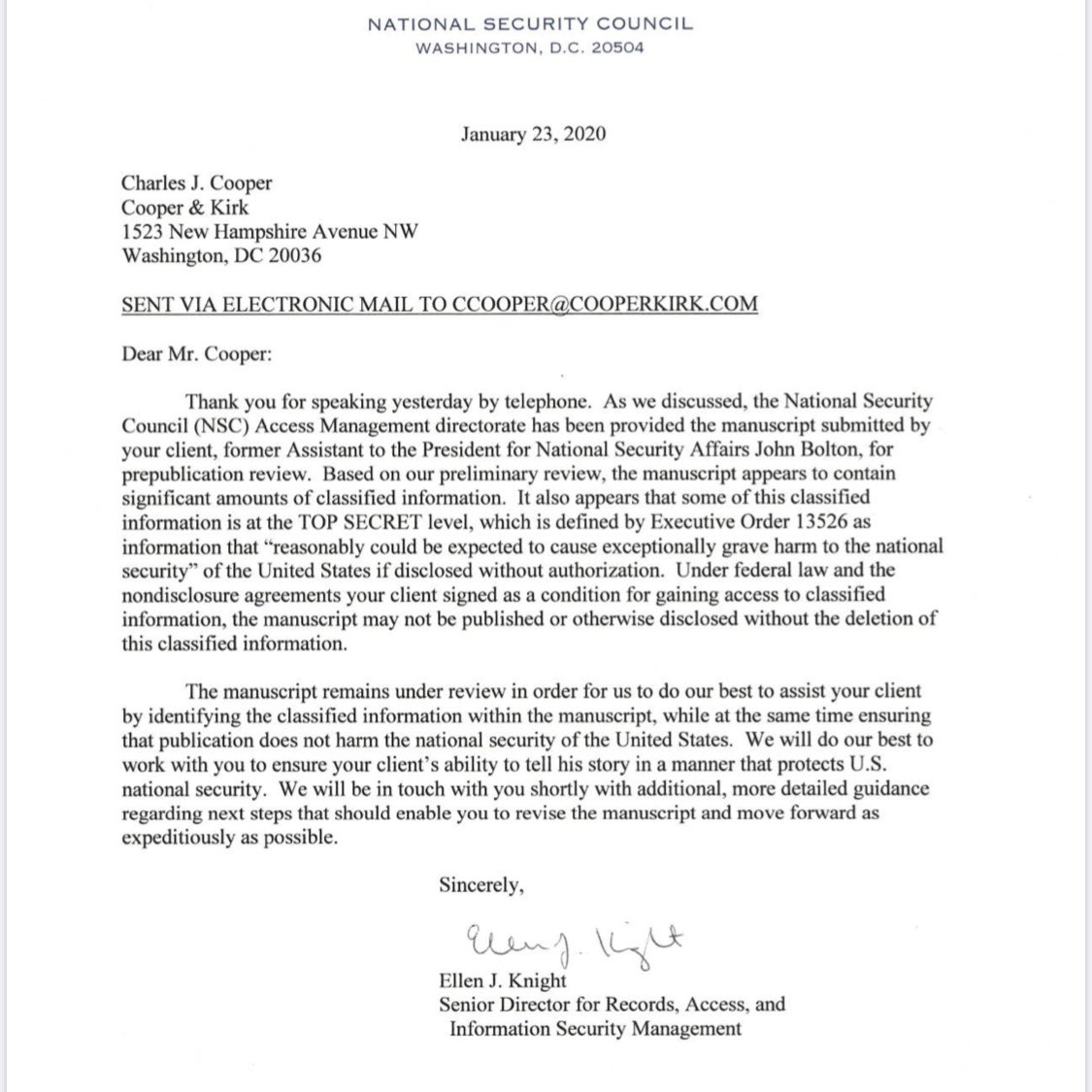 What do we have here….

John Bolton in an interview describing the conversation between President Trump and Ukraine President Zelinsky as warm and cordial in August 2019. pic.twitter.com/c0C1r1oInm

Firefighters on the frontline of the Yellow Vest protests in France.

The state is imploding on itself.pic.twitter.com/ADcRnJf6FF

https://twitter.com/jonrobweb/status/1222263326043987968
Misspellings are important. In Q posts (unless later corrected) and POTUS tweets. They assist in decodes. The above Q post was referencing Durham. Boat as hint, missing D as confirmation.
Confirmed.
Q

The Missing “d” in Q14 Was a Hint About Durham, Who Was Appointed the Same Day Q Went Public

@jonrobweb posted a graphic showing the missing letter “D” in the word “supposed” from an early post and tied it to the last question Q asked “Who is helping POTUS?” The D was a hint: U.S. Attorney John Durham.

Another Q proof/message to Pelosi: #3801

Q significance of Jan. 28 Rally in Wildwood NJ. The Battle of Turtle Gut Inlet, 15 months after the start of the Revolutionary War and the blowing up of the vessel “Nancy” spotted on Jan 28, 1776 approaching the inlet at Wildwood.

Our Movement is About Replacing a Failed and Corrupt Political Establishment

After Tuesday’s discussion of Washington crossing the Delaware River into Trenton New Jersey, guess what POTUS mentioned at the rally a few hours later.

The absolute Historical significance of Tonight’s Rally w/Q posts is unparalleled.
GW/Durham boats.
Crossing the Delaware.
Hessians/Van Drew
The Nancy
This is Awesome!

Brace for impact America. T minus 13 hours. Oh my, I have a feeling our friends Nancy and Adam aren’t getting much sleep tonight. Schiff photos released at 12:00 PM EST Wednesday

DS play to discredit real photos when they emerge. This is no different that Schiff screaming “Deep fakes are coming!” in an attempt to get ahead of actual footage.