Skip to content
Reports
May 26, 2021 x22report
The Biden administration is now trying to explain why the people are seeing inflation. We see gas prices moving up, corn, wheat, lumber etc.  The answer, you will see bumps. Wait until it gets really bad. The [CB] plan is unraveling, the world is not go along with it and they are pushing back. The [DS] is now being exposed. All the fake stories are now turning on them, the viewers no longer believe. The people have become aware and are now awake to what has been happening. The election audits are moving at a very fast pace. Trump says the plan is moving at a faster pace than people realize. The [DS] is panicking, they know once the people see the truth about the elections it is game over. They will push back, see something say something. Ep 2488b – [DS] Is Being Exposed, Panic, It’s Moving At A Faster Pace Than People Realize Keep Yourself Cool With The Best Portable Air Conditioner Available ️
Visit  – http://www.easysummercool.com
Get 50% OFF and FREE Shipping Click The Link Above ^^^

Because the political/media class cares about cable news, I don’t think it’s sunk in how the audience for MSNBC & CNN has disappeared almost completely. On the weekend, there’s basically *nobody* under 55 watching MSNBC. They barely get 50,000 people! Any YouTube video gets more. pic.twitter.com/6OQ7NG1wUG

The demographics are even more amazing. They basically talk only to the elderly. 9 out of every 10 MSNBC viewers on the weekend — 90%! — are over 55. The median age of their viewers is 68 years old! But even among the elderly, barely anyone watches. The numbers are shocking. pic.twitter.com/qBM9aWMBkc

Last week, Mayorkas announced he was directing the Immigration and Customs Enforcement (ICE) agency to end its 287(g) agreement with Bristol County, Massachusetts, as well as terminating DHS use of detention facilities in Massachusetts and Georgia — both of which hold criminal illegal aliens.

The 287(g) program allows local police agencies to sign into agreements with ICE to seamlessly identify criminal illegal aliens and turn them over to federal agents for arrest and deportation.

Analysis from Center for Immigration Studies (CIS) Director of Investigations Jon Feere reveals that in Bristol County, the 287(g) program helped local police identify illegal aliens arrested and charged with egregious crimes against children and American citizens so as to more easily turn them over to ICE agents.

Breaking: ex foreign minister of Italy who “introduced” me to Joseph Mifsud has been indicted in Italy

Remember the MSM told us that Barr was wasting taxpayer money by traveling to Italy with Durham to seek answers on SpyGate.

Shocking report claims as many as 850,000 pedophiles active in the UK, possibly more

Fauci: It would have been ‘dereliction of our duty’ not to collaborate with China on studying coronaviruses

President Biden sides with China, WHO and the liberal media on Wuhan virus—joining the “nothing to see here crowd” by shutting down State Dept. pandemic origin investigation I commenced.

This isn’t political. America must lead on this.https://t.co/9cjyeDmpj9 Vandals smashed up cars at a black-owned auto repair shop in Spring Lake, NC. They left graffiti purported to be a swastika & KKK hood. However, footage from a security system show two black males were responsible. #HateHoax https://t.co/LbCcB4ZIhG pic.twitter.com/Seswk6Ikxk 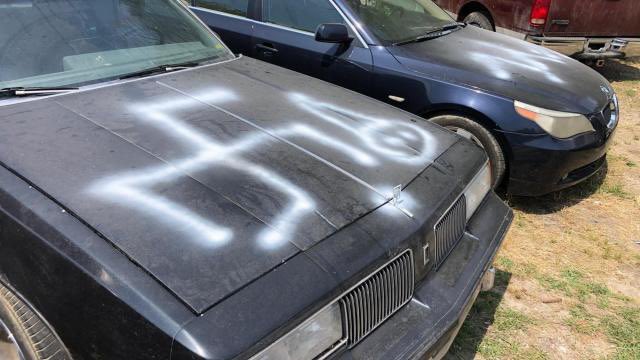 Republican leaders in Luzerne County are calling for a third-party to conduct a forensic audit.

WATCH THIS VIDEO: (stay with it)

. Six affidavits of veteran election officials are alleging that up to 30,000 of these 147 [thousand] ballots are fake,” said John Fredericks.

Why are they panicking

This is a continuation of the greatest Witch Hunt in American history. It began the day I came down the escalator in Trump Tower, and it’s never stopped. They wasted two years and $48 million in taxpayer dollars on Mueller and Russia Russia Russia, Impeachment Hoax #1, Impeachment Hoax #2, and it continues to this day, with illegally leaked confidential information.

No other President in history has had to put up with what I have had to, and on top of all that, I have done a great job for our Country, whether it’s taxes, regulations, our Military, Veterans, Space Force, our Borders, speedy creation of a great vaccine (said to be a miracle!), and protecting the Second Amendment.

This is purely political, and an affront to the almost 75 million voters who supported me in the Presidential Election, and it’s being driven by highly partisan Democrat prosecutors.

New York City and State are suffering the highest crime rates in their history, and instead of going after murderers, drug dealers, human traffickers, and others, they come after Donald Trump.

Interesting that today a poll came out indicating I’m far in the lead for the Republican Presidential Primary and the General Election in 2024.

Our Country is broken, our elections are rigged, corrupt, and stolen, our prosecutors are politicized, and I will just have to keep on fighting like I have been for the last five years!