The economy is moving along as planned. Trump and the patriots continue to put out the message that the economy is strong, meanwhile the patriots are building the new economy. Unemployment down, jobs created. The [CB] cannot recover from this, there is no coming back. The [DS] has already started to project, the MSM is now putting out articles to control the narrative that HRC did nothing wrong, this will fail. NP decided to handover the articles of impeachment next week. The Ukraine plane crash in Iran is being looked into and Iran will not hand over the blackbox. The patriots have trapped the [DS] on all fronts the [DS] players are now in a state of emergency.

The Trump economy continues to boom!

✳️ Workers getting a raise! Strong wage growth near or better than 3%.

✳️ Unemployment for women, Blacks, Hispanics, and Asians all at historic lows.

THE FED CAN’T REVERSE THE DECLINE OF FINANCIALIZATION AND GLOBALIZATION

Multiple forensic exams show that numerous electronic devices used by Attkisson and her family during this time frame were hacked or remotely compromised. Unauthorized parties used government Internet Protocol (IP) addresses to access Attkisson’s computers; placed government surveillance spyware on her devices; and illegally accessed her professional and personal information over an extended period of time.

A third judge rightly dissented, understanding that Attkisson consistently attempted to identify the John Does but the Department of Justice continuously blocked discovery, filed protective orders and filed motions to dismiss in an attempt to obstruct. The government did not turn over a single piece of paper in response to more than a dozen subpoenas.

The WaPo is now projecting now to get ahead of the what is coming, This is the headline

Justice Dept. winds down Clinton-related inquiry once championed by Trump. It found nothing of consequence.

They did this before, the MSM will follow, repeating this over and over. Remember when the IG FISA report was about to be released, the MSM continued to say that this is a nothing burger, and they brought Clinesmith and said he might have done some thing, he changed and email to get a warrant, but the IG FISA report was much more damaging, the MSM was trying to get ahead of the story so the people would not understand how bad it really was, they are now doing this with Huber and his investigation, lets break this down, 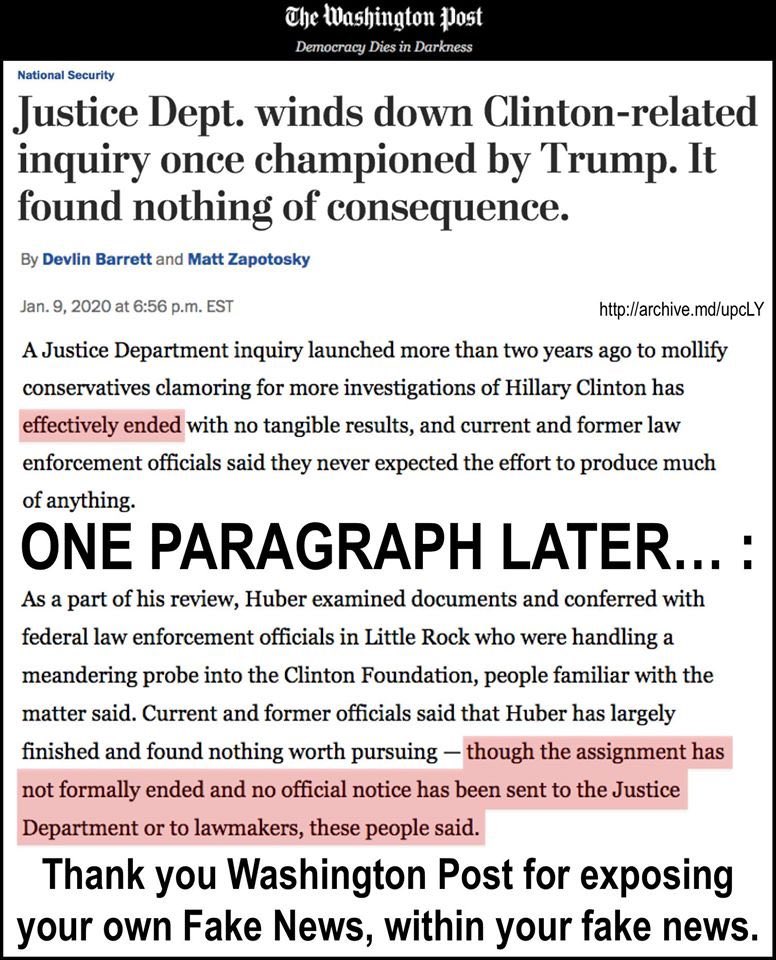 So the WaPo is saying that it has ended but it hasn’t ended, and this is coming from people, who, who are these people, if you notice they cannot back any of this up, Barr has even received anything as of yet, did you notice what they do not have, leaks from the investigation, they are in the dark, just like IG FISA report, they are in the dark with Huber and Durham, the MSM [DS] have no idea what was found.  We also need to remember that alot of Huber found was turned over to Durham,

“What if there’s another prosecutor (outside of DC) assigned by SESSIONS w/ the same mandate/authority?” – Q
Do you believe in coincidences?
5:5?
Be ready, Patriots.
Q

Q!!mG7VJxZNCI12 Dec 2018 – 5:52:23 PM
Anonymous12 Dec 2018 – 5:36:06 PM
>>4278922
So HUBER is a HEADFAKE? If so, BRILLIANT Q!
>>4278980
FALSE.
HUBER will bring SEVERE PAIN TO DC.
SESSIONS‘ forced release of name [HUBER] to House created another variable.
Use Logic.
Why would we tell you the plan if in doing so also alerts those who we are actively engaged in HUNTING?
You are witnessing, first-hand, the demise of those in power [OLD GUARD].
Those who push simply have no grasp of reality.
Those who push simply do not understand warfare tactics.
Emotions cloud judgement.
Emotions cloud logic.Q

His Role on Mueller team:

Van Grack was one of the lawyers on Mueller’s team that handled the Flynn investigation, set-up and guilty plea.
He is overseeing Flynn’s case in court.

Van Grack was involved in several high-profile cyber and counter-terrorism cases, including the prosecution of a Kosovo hacker who gave personal information of US service members to ISIS. The hacker, Ardit Ferizi, was sentenced to 20 years in prison, according to a DOJ press release.

Van Grack also helped prosecute a US government employee who took home classified documents that contained national defense information. National Geospatial-Intelligence Agency employee Mohan L. Nirala was found guilty after federal agents made a forced entry into his home and discovered over 500 pages of classified documents in his basement, according to a DOJ press release.

The corrupt history of Flynn prosecutor Brandon Van Grack – from the Special Counsel’s Office to the prosecution of Flynn.

for Tartaglione (Cell -2) instead of (Cell-1) so the government recorded and saved the wrong video.
As a result, the right video showing the Epstein’s cell during his alleged first suicide attempt – no longer exists. 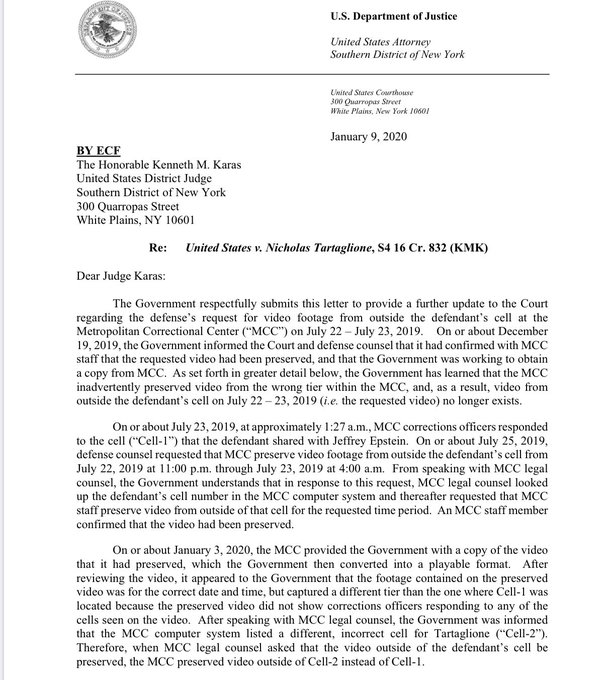 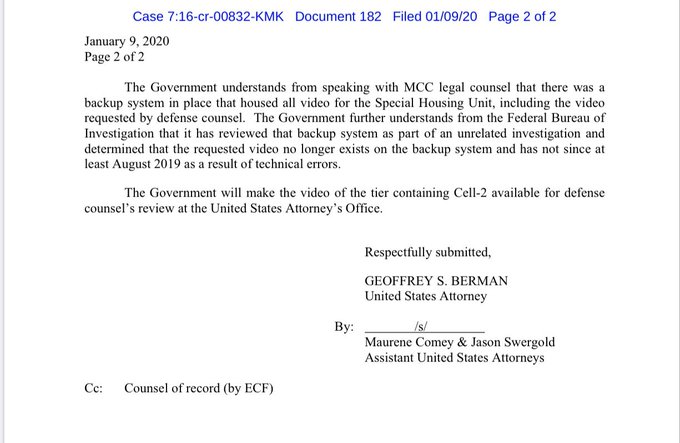 FLASHBACK: In 2011, Nancy Pelosi confirms she thinks Barack Obama “did not need authorization” to use force in Libya.

This opinion has not aged well for Pelosi. 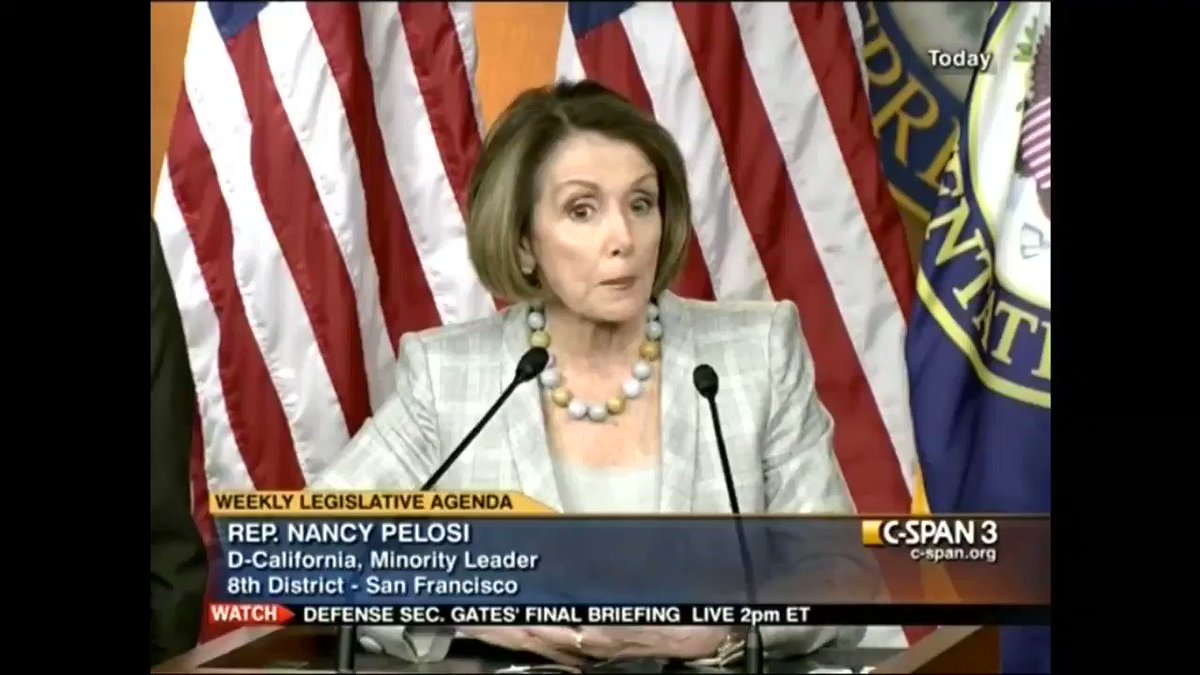 Flashback. 3 years ago this week. Final days of Obama admin.

Team Obama rushed to let Iran import 130 tons of uranium, enough to make 10 nukes. When asked what Iran was going to do with all that material, State Dept spokesman said “I’m not going to speculate one way or another.” pic.twitter.com/2GlzJCVBMS

President Trump’s superpower is getting his opposition to show their true colors.

Watching the media & the Democrats hysterically try to defend the Iranian regime and their actions over decades is not only telling but disgusting.

The Dems have become Iran’s cheerleaders!