Ep 2954b – FBI & Twitter Colluded In The 2020 Election, Advocating Overthrow Of Government Ep 2954a – [DS] Thinks The American People Are Stupid, Omnibus Bill Is The Payoff To Criminals

The [DS] is now paying off the criminals via the Omnibus Bill. If this bill was needed to just to keep the government running it would not need to be this big and it would not being giving money to other countries and have all these ridiculous earmarks. The [DS] is being brought down a path so the people see how they rigged the elections, not just 2020 but 2022. Trump began the process and now Twitter is revealing how certain agencies were colluding with Big Tech. Now Kari Lake’s trial is happening and it will show how those in Arizona colluded to rig the election. If the FBI was colluding with Twitter, they were probably colluding with other social media companies and the fake news, now people are seeing how they rigged the election on a small scale. Trump asks a question how do you remedy this type of situation. 18 U.S. Code § 2385. Advocating Overthrow Of Government

It expressly prohibits CBP funding from being used to improve border security. pic.twitter.com/g2F4o1zl2D

And, of course, $1,438,000,000 for membership in global multilateral organizations, including the UN. pic.twitter.com/LHjDYXG2Us

And lest the other fish feel left out of the spending spree, here's $65.7 million for international fisheries commissions.

Perhaps President Bush was onto something when he said "I know the human being and the fish can coexist peacefully." pic.twitter.com/2P7CkeI5pe

$65 million in two programs for Senator Leahy, and a federal building named for Nancy Pelosi.

$477k for "antiracist" training from the Equity Institute

$3 million for the LGBTQ+ museum in NYC

$1.2 million in "services for DACA recipients"

$4.1 million in various career programs for one of the richest counties in the US (Fairfax) pic.twitter.com/pPTxuTwGfQ

Of course, there's a section for NDAA corrections – another gargantuan bill that passed in a rush.

Because God forbid that Congress actually proofread legislation before passing it! pic.twitter.com/T81zEdmYQw

It also authorizes "sums as may be necessary" for vaccine injury/death claims. pic.twitter.com/HtoUnniRxt

The latter appears to be an idea from the World Economic Forum.https://t.co/D6krE2uMpX pic.twitter.com/7MQskdr3gL

$982k for motel vouchers in LA

$817k for partnerships with "justice-involved individuals" in Glendale, CA

$2 million for "improving coordination" in the NYC Mayor's office pic.twitter.com/wWz9hDtmpb

I’m in favor of a small spending bill to keep things running, but common sense suggests that it be the least amount required through the holidays.

Railroading through a giant spending bill that almost no one has read is unlikely to be in the best interests of the people.

The location of a commemorative work to commemorate the commitment of the United States to a free press by honoring journalists who sacrificed their lives in service to that cause within Area I, as depicted on the map entitled ‘‘Commemorative Areas Washington, DC and Environs’’, numbered 869/86501 B, and dated June 24, 2003, is approved.

For payment to the Corporation for Public Broadcasting (‘‘CPB’’), as authorized by the Communications Act of 1934, an amount which shall be available within limitations specified by that Act, for the fiscal year 2025, $535,000,000:

directive to all Customs and Border Protection managers which gags them from releasing migrant apprehension statistics through social media accounts or directly to the public without the express approval of the Department of Homeland Security. The directive precludes Border Patrol managers from releasing any interim arrest statistics or stories as the decision over the potential end Title 42 enforcement now sits before the Supreme Court.

It gets worse. They tried to put a former Ukrainian official in charge of censorship HERE. https://t.co/BND3rW2VeB 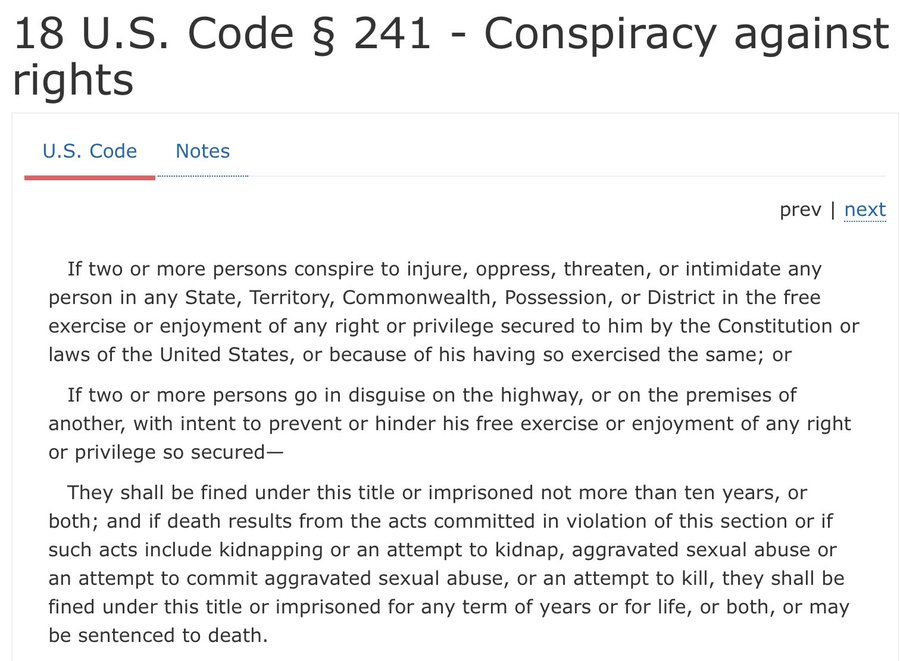 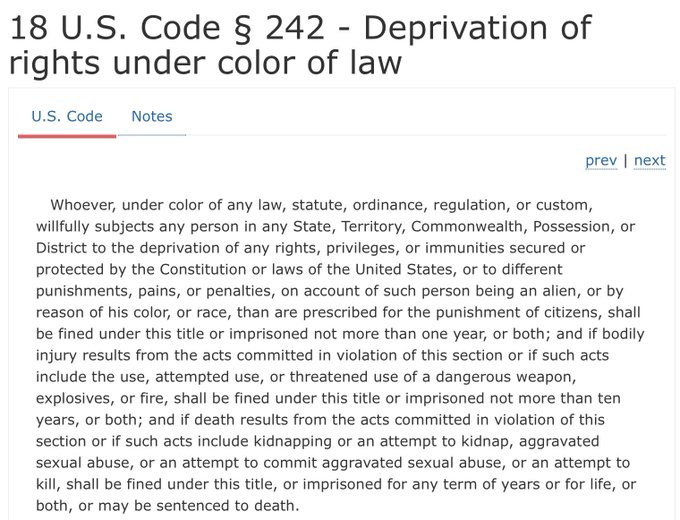 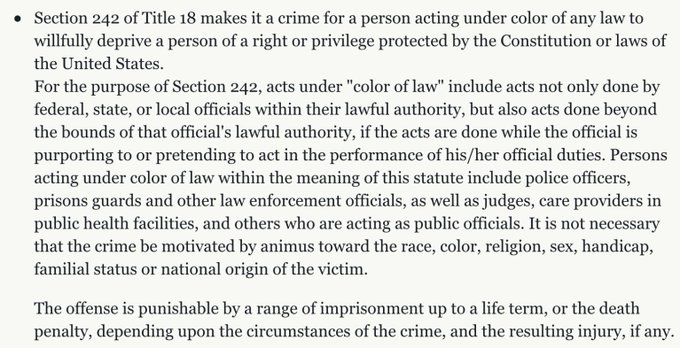 This is where all of this is heading

Mitch McConnell, “Providing Financial Support for Ukraine is the #1 Priority of The United States and Republicans Right Now”…

Don't worry. I'm sure this $100b is scrupulously accounted for.

Ukraine is renowned for its clean and meticulous bookkeeping, as is the US military-industrial complex.

That's why they rejected @RandPaul's amendment for oversight: no need! Everyone involved is super trustworthy!

"AB2098 will become law on January 1, 2023, effectively denying all physicians in the state of California the right to publicly share their medical opinions, under threat of suspension of their license to practice medicine."https://t.co/zLVJDvcyXM
— @Brad_Neaton

All of our members are in Phoenix right now, but nice try 😂

But we will say, if you’re more worried about some marker on your walls and chalk on the sidewalks rather than children being sexualized by predators, we don’t feel that bad for you, Erik. https://t.co/yyQ8jXaPF1

Which poses the greater ongoing threat to democracy? All ballots that are delegated to a third party or location are in defiance of Arizona election law. https://t.co/7385eDIqVK

This is a tacit acknowledgment that Maricopa County was unprepared for election day.

The question is: was that lack of preparation deliberate or intentional?

Given the full extent of the failures on Election Day that's a whole lot of "accidents" to swallow. https://t.co/5U1BWAgfBr

The Co-Elections director of Maricopa County claimed that no ballots were designed to be fit on 20-in paper.

But an overwhelming number of them not only were but were used on Election Day.

This isn't rocket science, folks. This is sabotage. https://t.co/ydAgudQ248

A witness testified that many ballot transfer documents were returned in a Maricopa County public records request for days prior to and after election day.

But no forms were provided for election day.

We caught them all.

Maricopa County wants you to believe that they are so incompetent that all of the problems on Election Day can be written off as mistakes.

Would that make it any better?

Is the election better run by clowns and not crooks?

This was no accident. And we're done with the circus.

Unlike federal law, however, that injury need not
always be individualized; sometimes it can be a generalized
grievance shared by community members, especially other
residents, taxpayers, voters, or citizens.