Ep 2653a – The [CB] Confirmed The Controlled Demolition Of The Economy
The Biden administration has lost the narrative, the people do not believe, they can see through the economic lies. Psaki tries to convince everyone that nobody cares about the debt ceiling. The debt ceiling has been raised and the Fed just signaled that they are ready to bring down the economic system. The [DS] is preparing to fight back, they are now pushing the J6 fake investigation. Schiff changed the texts to fit the narrative, Cheney text reading was a flop. This will boomerang on them. The Durham investigation is moving forward, the path is set. The next phase will be arrests, this will verify the direction. The election fraud is being produced and the [DS] is now in the process of blocking all information. Trump and the patriots know the playbook, countermeasures are in place. We have more than we know.

Democrats’ insistence that you are ACKSHUALLY saving several ***cents*** due to their policies is one of the more bizarre messaging strategies I’ve seen, but they keep doing it pic.twitter.com/gVzyjM12Xu 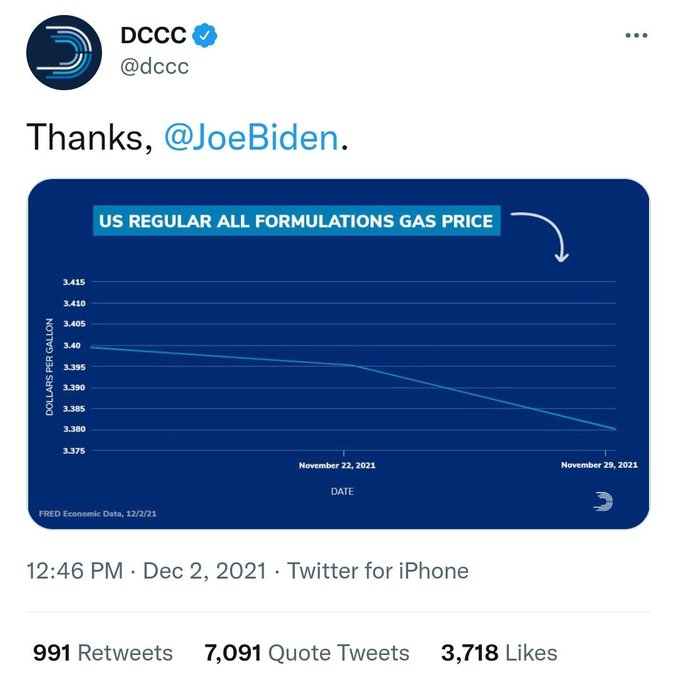 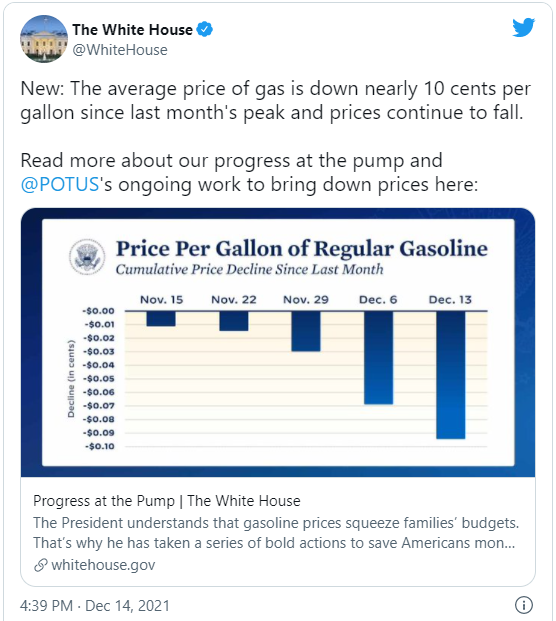 Man, that chart looks real different when you zoom out a bit https://t.co/ZzHKwI2BlL pic.twitter.com/JlpMAtq7EN 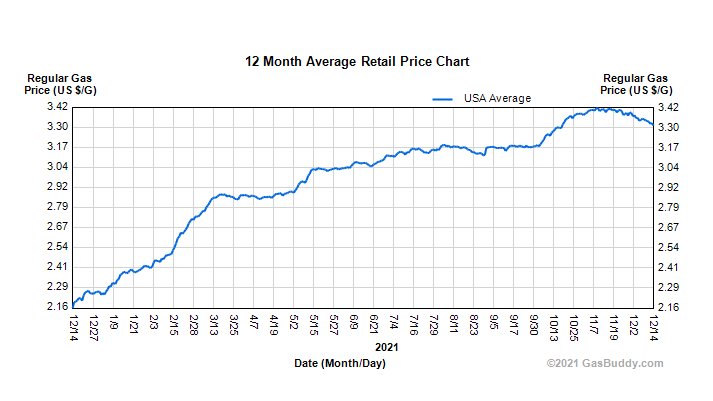 The House of Representatives is voting after midnight tonight because @LeaderMcConnell allowed Democrats to bi-pass the filibuster and ram through the debt ceiling increase to $31.5 TRILLION.

Federal Reserve will accelerate pullback of its economic support as inflation surges, foresees 3 rate hikes in 2022

LIBERTY ACCORDING TO AMERICA’S FOUNDING FATHERS 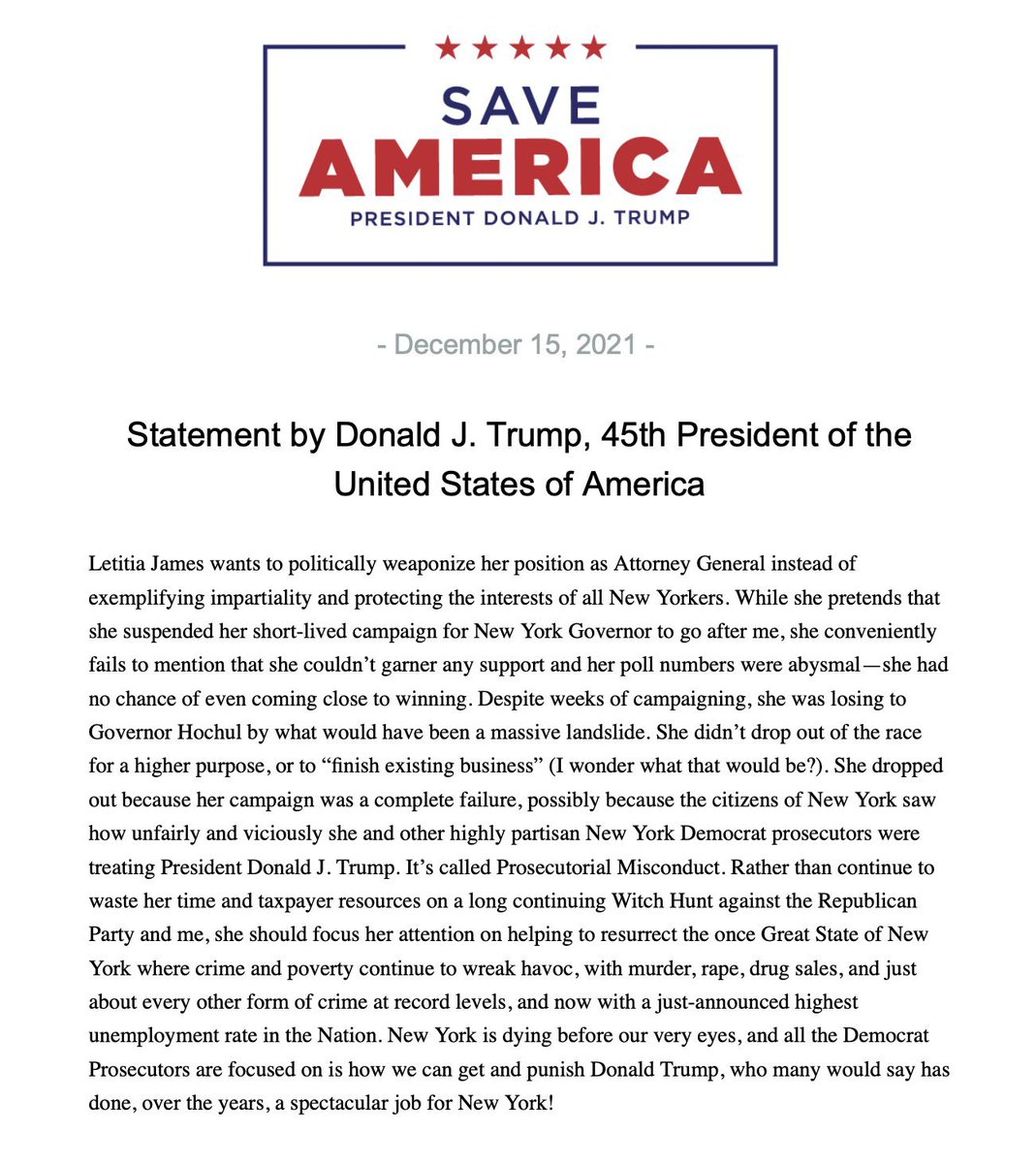 The 2nd is right, and it shall not be infringed upon

As a former Army doctor, I’m proud the NDAA passed and included my amendment to ensure servicemembers are protected from a dishonorable discharge for choosing not to get the COVID vaccine. More HERE: https://t.co/qtV9kUHFz6

We need to see Cheney’s texts. What did she know ahead of time about the inside job that was January 6?

For example, why did she arrange for her own security that day? https://t.co/B6kC0KtNMh

Realease everyone’s texts on Jan 6. Including Pelosi’s text messages and emails before and after it happened. Let’s see what AOC texted too.

1. We must remove Adam Schiff from Congress.

It’s not enough to take him off committees.

He has heinously abused power & LIED repeatedly to the American people to weaponize the government to attack his political enemies.

All Communists must be expelled.

2. Liz Cheney and Adam Kinzinger must be kicked out of the House GOP conference.

They are actively participating in a huge lying witch hunt and engaged in an effort aligned with Communists Democrats, violating the House of Representatives very institution, to attack Republicans.

3. Letting Cheney and Kinzinger off the hook as they slip away out of office by quitting and defeat in ‘22 is not enough.

They should be made as examples to all Republicans to never join the liars and communists, abusing the power of Congress and violating our Constitution.

Also in Fulton, they threw out Trump votes, while spoiled ballots were unlawfully counted for Joe Biden https://t.co/T10lv8Yxey

Including 44,272 people who voted in November 2020 without ever showing Voter ID

This alone is more than twice the vote margin in the statehttps://t.co/jGIkEgLCZR

In Nevada, 15 out of 17 counties had more votes than votershttps://t.co/X7fjxOwAEr

In Pennsylvania, there are 49,141 more votes than voters

By law, Pennsylvania cannot certify any results from precincts that are out of balancehttps://t.co/Jwr9NGYozZ

Will Move to Federalize Elections – Their Permanent Power Play