Ep 2569a – The [CB] Knows They Cannot Control Inflation, Trapped In Their System

The [CB] is now trapped in their own economic system, the people will start to turn on them, because what they are going to experience is going to be the opposite of what they have been told. The [CB] are preparing the next phase, wars failed, pandemic failed, and now they need some other event, this will fail, patriots know the playbook. The patriots are preparing to release the forensic audit report, this is going to create chaos and the fake news, [DS] and corrupt politicians are going to do everything to stop it. They are now building up to a communication blackout. Trump and the patriots know this playbook and countermeasures are in place. The pandemic is losing its grip, as they continue to push their agenda people are waking up and no longer believing what they are saying. Red October is approaching, the storm is about to hit.

Last week, in his Jackson Hole speech Jay Powell grudgingly admitted that prices might rise a bit more than the FOMC previously thought. But it was too early to conclude that policies should be adjusted immediately. He said:

“Over the 12 months through July, measures of headline and core personal consumption expenditures inflation have run at 4.2% and 3.6% respectively— well above our 2 per cent longer-run objective. Businesses and consumers widely report upward pressure on prices and wages. Inflation at these levels is, of course, a cause for concern. But that concern is tempered by a number of factors that suggest that these elevated readings are likely to be temporary. This assessment is a critical and ongoing one, and we are carefully monitoring incoming data.”

In other words, with prices rising at over double the 2% target, there’s nothing to worry about. But be reassured, the Fed is on the case.

This was followed by

“Policymakers and analysts generally believe that, as long as longer-term inflation expectations remain anchored, policy can and should look through temporary swings in inflation. Our monetary policy framework emphasises that anchoring longer-term expectations at 2 per cent is important for both maximum employment and price stability.”

In other words, because inflation is always 2 per cent and Humpty-Dumpty insists it is so, markets will return to the 2 per cent target. Incidentally, when someone invokes belief, it is either the product of faith or lack of knowledge. This is why politicians cite faith a lot, and we should be wary when it is a justification for monetary policy.

There is, of course, one glaring problem with all this as Powell admits before dismissing it: “businesses and consumers widely report upward pressure on prices and wages”. There is an associated problem, an enormous elephant in the room that no official seems to be aware of, which independent analysts such as John Williams at Shadowstats.com points out, and that is if you strip out all the changes in statistical method that have deliberately reduced headline price rises since 1980, you find that according to an unadjusted CPI(U), prices are now rising at over 13% annualised.

While Powell hinted in his speech that tapering QE at some point is on the cards, it will simply not be possible if a similar budget deficit to this year is to be funded in 2022. Furthermore, in real terms interest rates are now deeply negative.

California Governor Gavin Newsom Shares His Closing Message: You will Die of COVID if I’m Recalled

If or when Newsom loses, the Fake news will create the idea that covid is out of control, the will try to push the state into complete lockdown

Federal prosecutors must disclose the “identities of any unnamed co-conspirators” whose names they plan to refer to at trial to Ghislaine Maxwell, a

Image Name: The_Great_Awakening_Crowd_Meme_570x350.jpg
Filename: 77d07fdfbefff79e383679f92ebece7943f26c971c6d94b776d74ed3d6e8bab6.jpg
Sometimes you can’t TELL the public the truth.
YOU MUST SHOW THEM.
ONLY THEN WILL PEOPLE FIND THE WILL TO CHANGE.
Crimes against children unite all humanity [cross party lines]?
Difficult truths.
Q

Candidate Biden demands President Trump release transcript of Ukraine call so “the American people can judge for themselves.”

President Trump releases transcript because he has nothing to hide and did nothing wrong.

President Biden refuses to release transcript of his call with former Afghanistan President Ghani, where he demanded Ghani “change the perception” about military losses in the country.

National Fraternal Order of Police (FOP)
Last night, Jefferson County (TN) Law Enforcement held a 13 car memorial caravan that traveled across Jefferson County to honor the 13 service members who were targeted and murdered in Afghanistan. We will never forget these heroes. Please pray for their families!

So the Biden Administration lied about vetting and seems to be in the process of aiding and abetting child sex trafficking?

Great work guys. Where’s the rest of the media? Is there really going to only be one story about this before they get released into our country? https://t.co/l0sNYHEslO 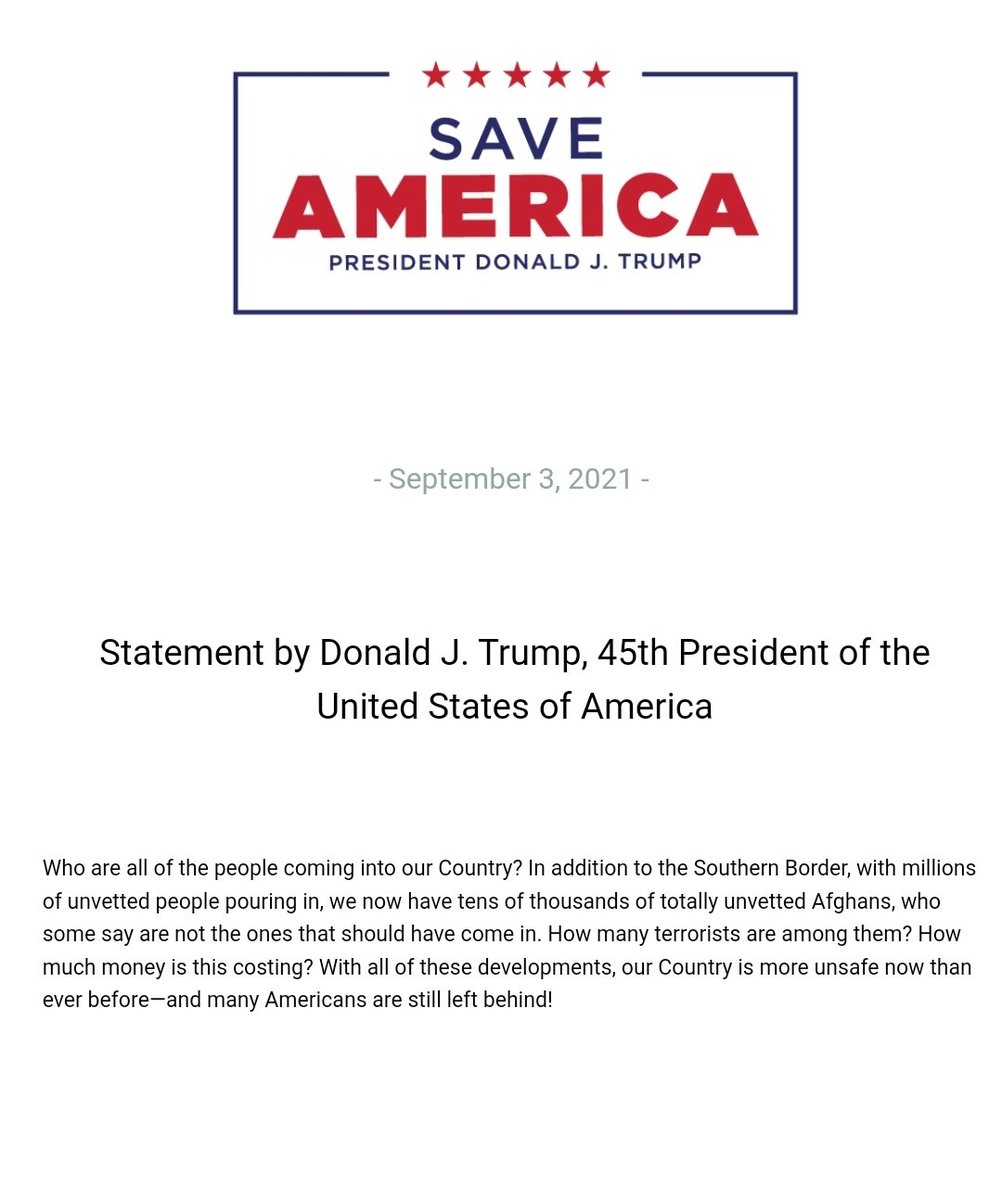 Irony, Biden Administration Being Called Out By Health Officials for Political Booster Shots That Do Not Follow Science 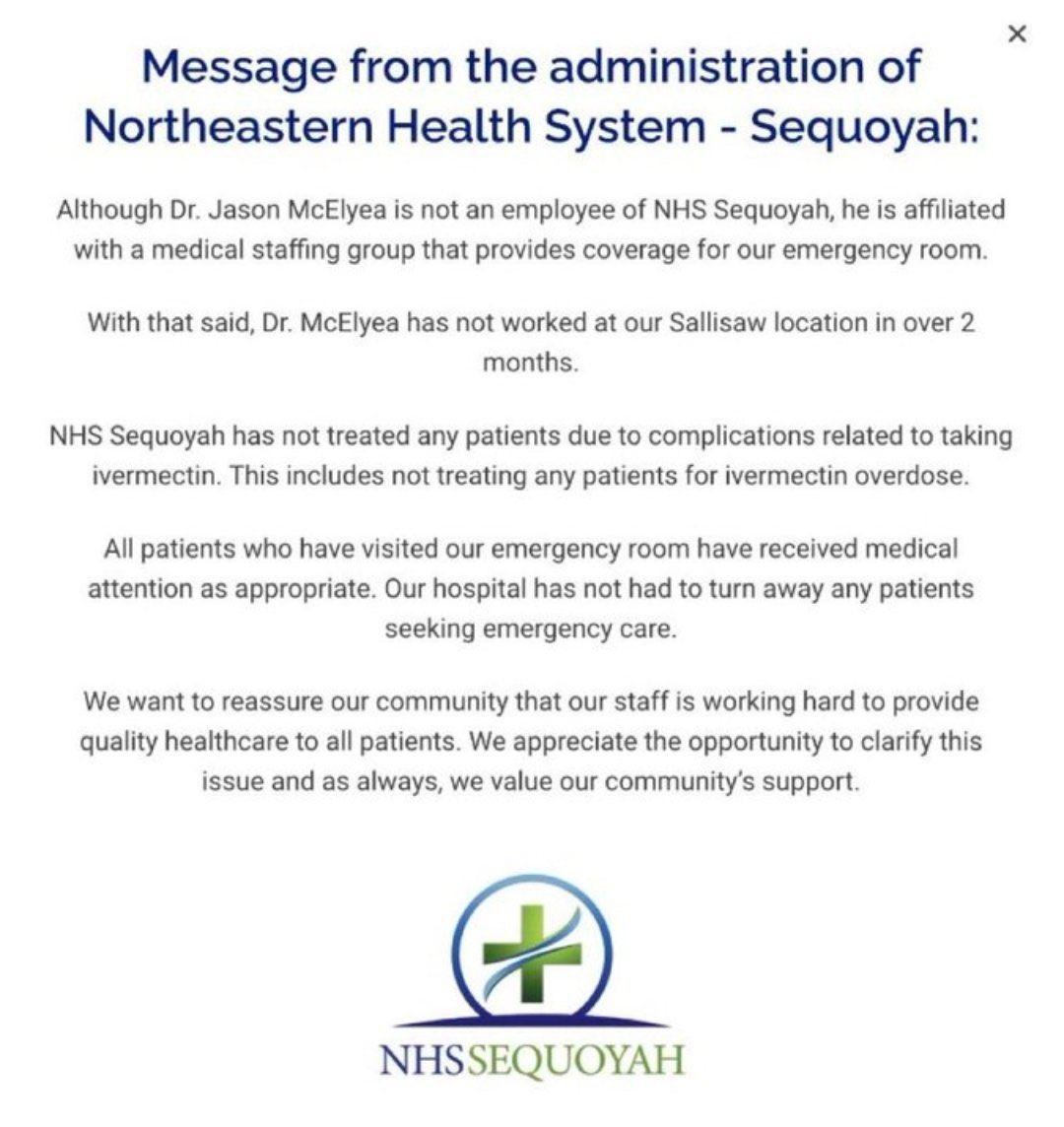 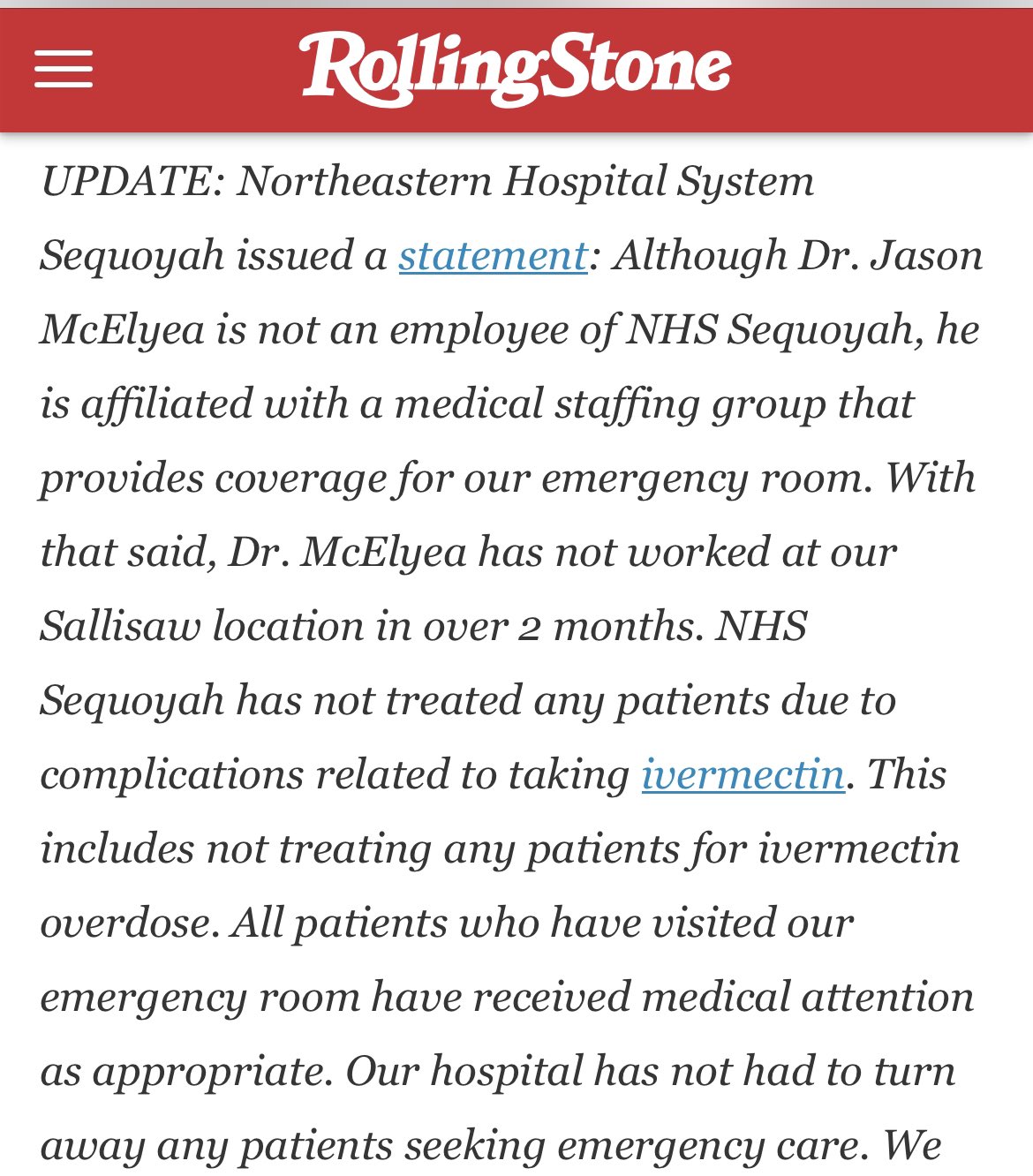 So now the government is getting involved in (read: restricting) monoclonal antibody distribution. Before I could just order as much as we needed and they shipped it next day air. Now a govt. commission will decide when, if, and how much I will be able to get for my pts.

“Should you have any questions regarding this update in ordering and distribution procedures, please email the Federal COVID-19 Response Team.”

The more I read this, the more it seems to me that they are stepping in to punish areas with low vaccination rates:

“As you are likely aware, the recent increase in the prevalence of the Delta variant of COVID-19 has caused a substantial surge in the utilization of monoclonal antibody drugs, particularly in areas of the country with low vaccination rates.”

It is our goal to ensure continued availability of these drugs for current and future patients. As such, we are immediately implementing the following changes to help promote optimal and *equitable* use of the available supply of monoclonal antibodies

I’m surprised nobody asked me for a source. My original source was an email from the manufacturer telling me that they would no longer accept direct orders. Here is a link notably missing the verbiage about the “low vaccination rate areas.”https://t.co/drXk6k8t0j

Never interfere with an enemy while they are in the process of destroying themselves, so the medical established has been suppressing information about HCQ and Ivermectin, but the CDC was telling Dr. to treat incoming Afghan refugees with ivermectin. Message is now confusing, people are questioning the medical establishment, especially with other countries using these drugs.

Is there another [FF], who are the going to blame, timing is interesting 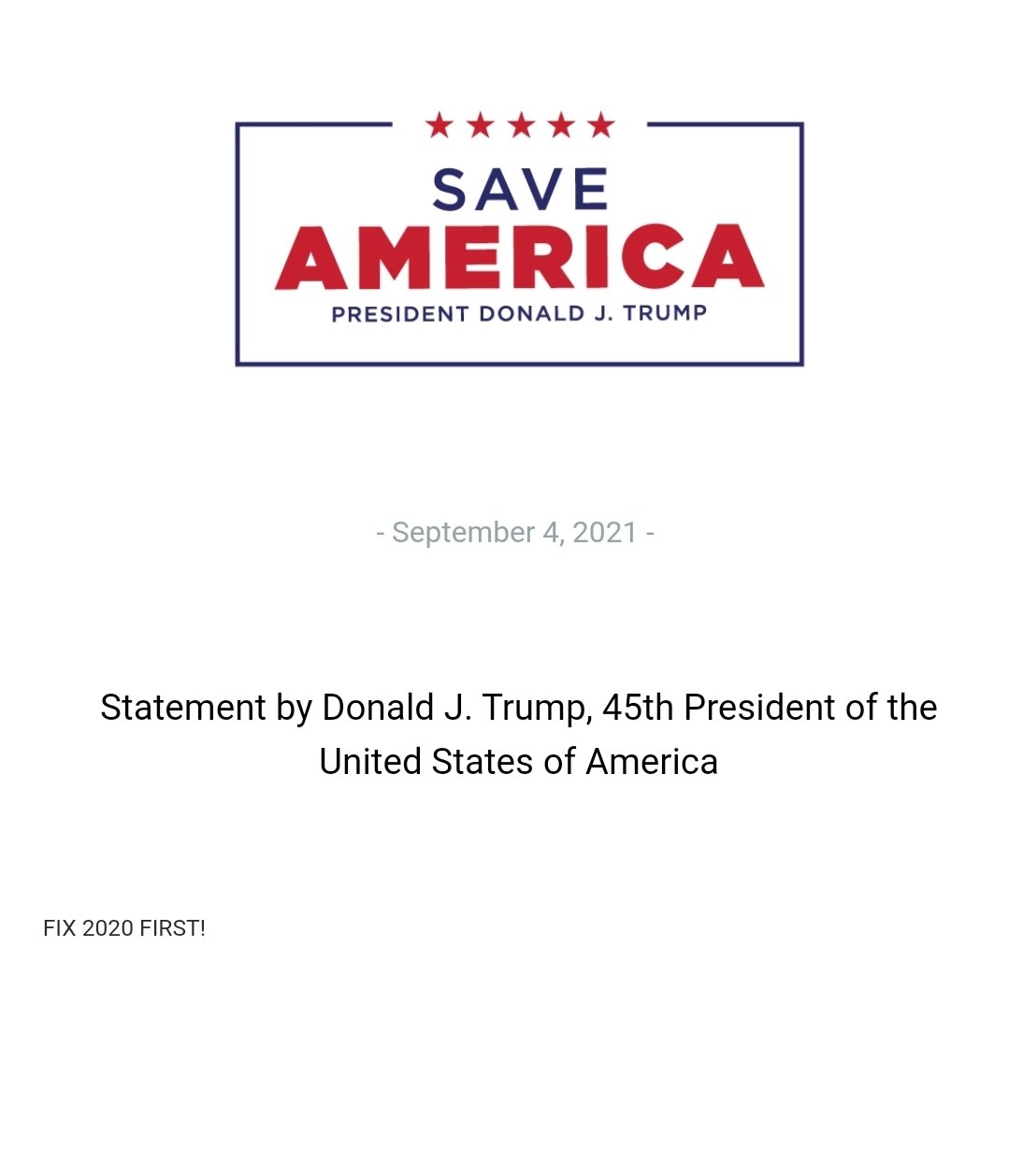