Skip to content
Reports
July 10, 2020July 12, 2020 x22report
SPREAD THE WORD
12,114
Trump and his team are using all the weapons against the [CB]/MSM. As the Fed continues to push stimulus everyone was ready for inflation, but just like in 2009 Great Recession there is no inflation. The [CB] are panicking they do not want governments to stop borrowing, because if they do the [CB] implodes. The [DS]/MSM are feeling the pain, they will not let the Flynn case go, so the patriots are declassifying more and more information that has to do with the Flynn case making it difficult for Sullivan to explain his position. The events are falling apart rapidly, the people are awake, they understand that the virus is harmful to the people. Patriots are in control.

1. Berman stubbornly resisted the Attorney General’s attempts at an amicable transition for Berman out of his position

2. Berman did not testify that any specific wrongdoing, misconduct, or other impropriety occurred during his dismissal by the Attorney General

3. Believed himself to be independent of supervision from superiors in the Executive Branch and immune from removal from his position

Draft internal GOV memo 1/30/2017 unsealed by court. Timing: Written 6 days after Flynn interview Kislyak calls, “FBI recognizes the discrepancy between the statements + the actual calls, but determined that Flynn was not acting as an agent of Russia

“FBI advised that they believed Flynn believed what he was saying was true.”

FBI determined “Flynn was not acting as an agent of Russia.” pic.twitter.com/ZwID3tHJPF 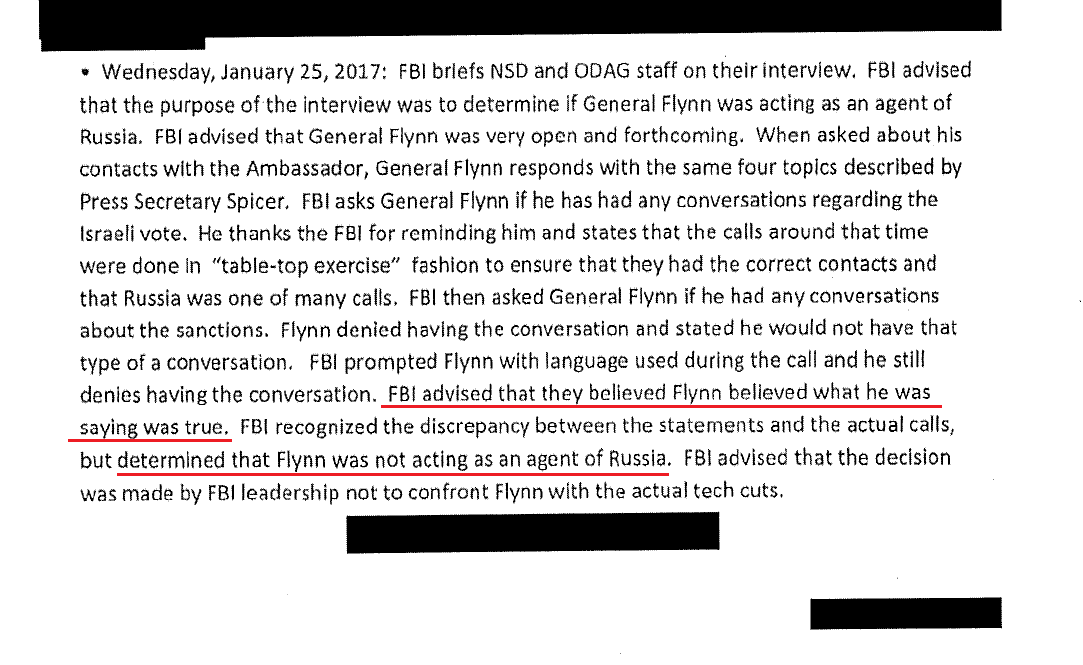 Michael Flynn: “Do not view as source of collusion.” pic.twitter.com/Z8AXARmmwZ

Tashina Gauhar notes from 1/25/17 meeting with the FBI – the day after the Flynn interview.

FBI assessed Flynn believed he was telling the truth.

FBI: Flynn knows we have tech cuts, was affirmative in his answers. pic.twitter.com/pfA86EccVI

Appears that part of the Boente notes were previously leaked to Maddow. HT @TheLastRefuge2

It’s remarkable how self-serving these (Special Counsel/DOJ resistance?) leaks were. 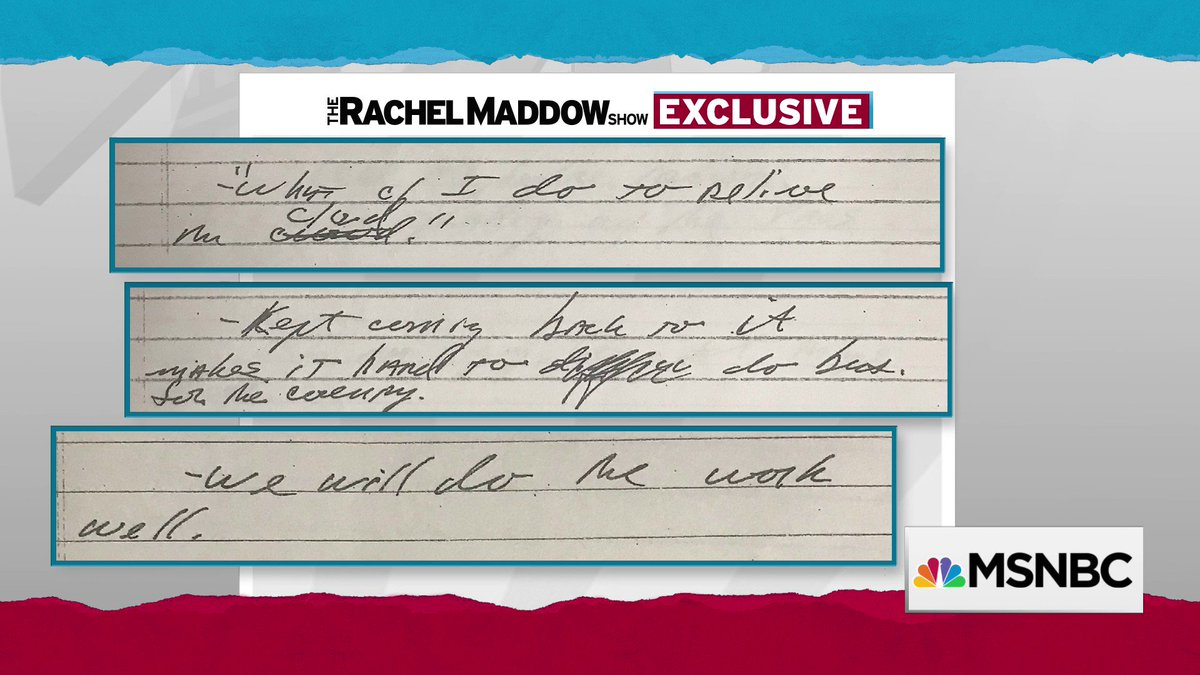 Mr. Steele’s evidence is that he now believes the Ultimate Client was the Democratic National Committee. Mr Millar submits that the Ultimate Client was the Clinton election campaign, “Hillary for America”. This is in line with the FBI Note of 5 July 2016, which records Mr Steele telling the FBI that Orbis had been instructed by Mr Simpson of Fusion and “Democratic Party Associates” but that “the ultimate client were (sic) the leadership of the Clinton presidential campaign”. The FBI Note also indicates that Mr Steele had been told by that stage that Mrs Clinton herself was aware of what Orbis had been commissioned to do.

Two more non-hysterical takes from Texas, from a physician and a hospital executive in two different cities. Reason to watch closely, not alarm. pic.twitter.com/hi7qKNUchx 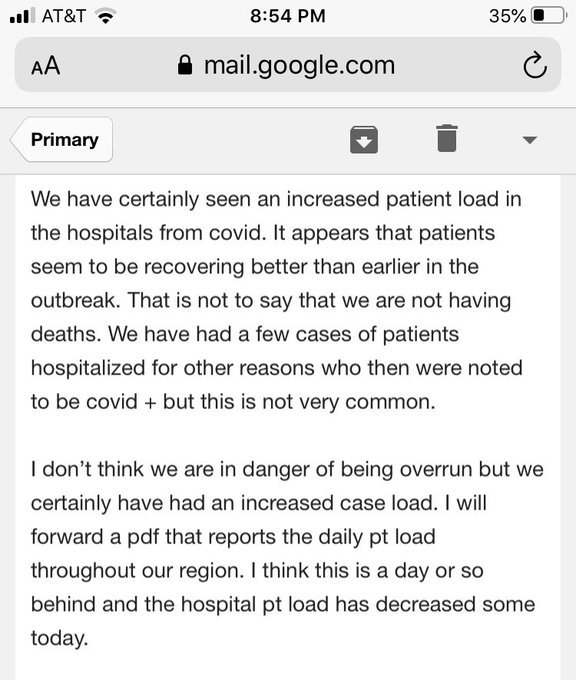 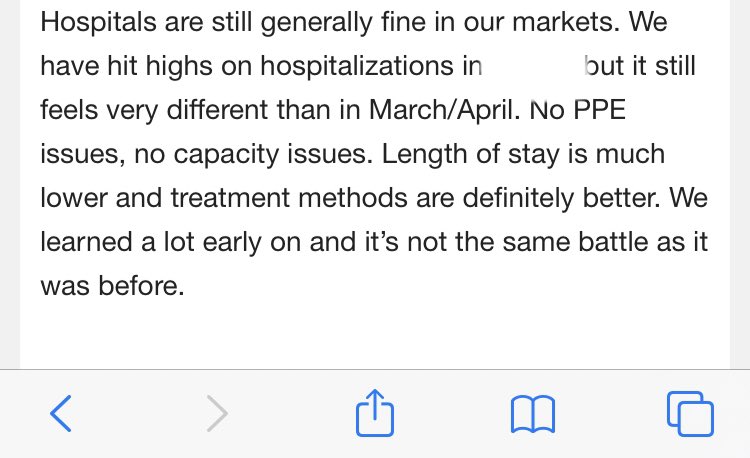 Trump is calling for all schools to open up

Now that we have witnessed it on a large scale basis, and firsthand, Virtual Learning has proven to be TERRIBLE compared to In School, or On Campus, Learning. Not even close! Schools must be open in the Fall. If not open, why would the Federal Government give Funding? It won’t!!!

Havard and other universities are no closing up shop and going to online learning, but demanding full tuiition

Too many Universities and School Systems are about Radical Left Indoctrination, not Education. Therefore, I am telling the Treasury Department to re-examine their Tax-Exempt Status…

… and/or Funding, which will be taken away if this Propaganda or Act Against Public Policy continues. Our children must be Educated, not Indoctrinated!

BREAKING: @America1stWomen has sent @BilldeBlasio a formal request asking to paint its own mural in NYC.

We have retained counsel should de Blasio continue infringing upon our Constitutional rights.

Tyranny MUST be stopped.

BREAKING: California To Release 8,000 More Inmates Early Due To COVID-19, In Addition To The State’s Reduction Of 10,000 Inmates Since The Start Of The Pandemic

And the “dark to light week” according to tíos graph has a Friday on the 17th !! https://t.co/jNQCIdgf8y pic.twitter.com/hky5LtJOdZ