The [DS]/Biden administration needed to extend the pause on loan payments so the people would not riot against the [DS]. The [CB] is now moving forward to make sure that the Chinese controls the US. Trump puts out a statement telling everyone they are moving forward with the Great Reset, the infrastructure is just the beginning. Cruz points out that the [CB] is trying to control and then destroy crypto. Panic in DC, the [DS] knows that the people are catching on, the people no longer believe their lies, people are not following the mandate. Schiff panics wants Guantanamo prison closed now, he knows whats coming. Devolution is moving forward, military compartmentalized, operators are dialed-in, they divulge the mission. Less than 10 no the plan, only 3 are non military, reconcile. The only way forward is the military. 🚨🚨The Senate is on the verge of passing legislation that would be TERRIBLE for cryptocurrency.🚨🚨

The infrastructure deal contains DANGEROUS provisions that would devastate crypto and blockchain innovation.

Supporters of crypto need to make their voices heard. https://t.co/iXrcnne0tV

Right now, supporters of crypto & blockchain are LOSING this fight that will define crypto’s future.

It’s a major improvement over what is in the underlying bill & a must pass amendment.

Given the major flaws in the underlying bill’s unworkable and devastating crypto provision, I also filed a separate amendment to strike the whole thing, in the event a bipartisan deal can’t be reached.

We have to act now to stop this.

Globalist banks and billionaires are doing everything they can to control cryptocurrency and decentralized finance.

This “long-planned vacation” comes after it was exposed that Chris Cuomo was caught seemingly drafting a response to one of New York Governor Andrew Cuomo’s accusers.

Albany County sheriff on Cuomo case: “Yes, it could lead to an arrest.” pic.twitter.com/Ey3e0jKQk0 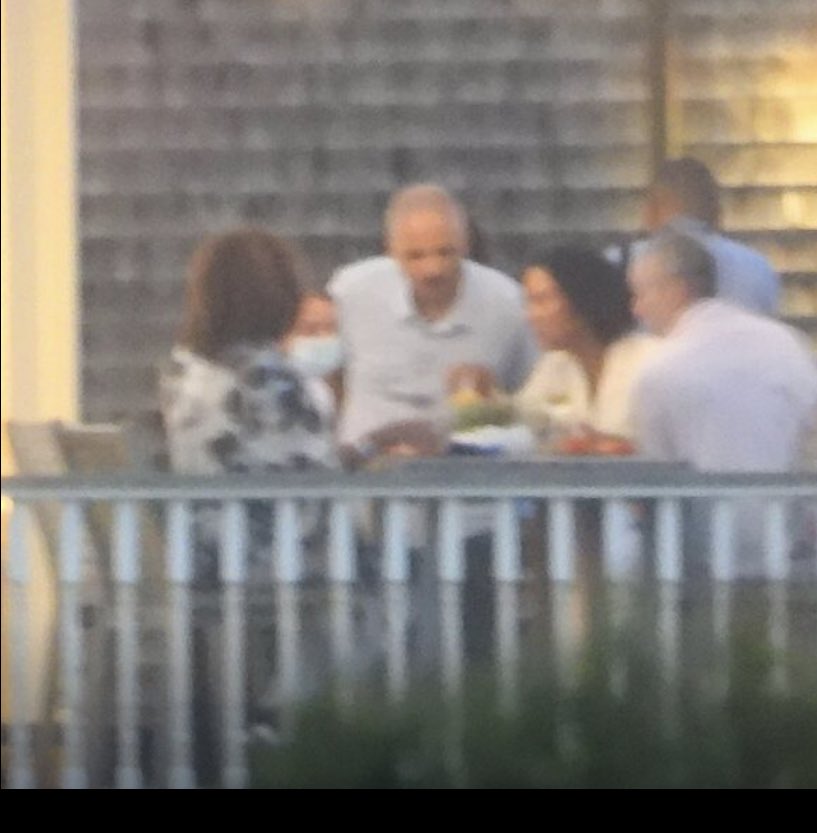 Your wedding was canceled.

Your business was locked down.

By the people at this party.

It’s all a control sham. Never comply. Never give them an inch. https://t.co/lDYWt9H2aX

BREAKING: CDC NOT MANDATING ITS EMPLOYEES TO BE VAXED

So the CDC is not mandating, the CEO Pfizer is not vaccinated

Wisconsin has just canceled 205,000 voter registrations because they say they could not find the voters. Why did they wait until AFTER the election? Would this mean that we would have won Wisconsin? Congratulations!

We must close the Guantanamo Bay detention facility.

It can be done safely and it’s continued operation is inconsistent with our commitment to the rule of law.

That’s why I joined 72 colleagues to call on @POTUS to fulfill his promise and close its doors.

These people feel that they are the foot soldiers and executors of what the disenfranchisement that the white race is feeling and Donald Trump is giving them subliminal orders in their head. They are no different than the mobilized, self-starting, self-radicalized terrorists of ISIS here in the United States and Europe,

If you witness members of ANTIFA or any other people or organizations stationed at ‘key’ voter locations making threats or attempting to use scare tactics [voter intimidation] please contact local authorities immediately and report the incident(s).
Internal comms suggest preparations are being made and organized to conduct a 29+ location push [battleground locations].
See Something
Say Something
Uniformed and Non-Uniformed personnel will be stationed across the country in an effort to safeguard the public.
If you witness anything out of the ordinary with regards to staff, officials, machinery & equipment failures and/or malfunctions, unusual ‘grouping’ [buses dropping off people w/ guide and/or instructor], voter prevention [blocking], or other suspicious activity please contact local authorities immediately and report the incident(s).
See Something
Say Something
[take a picture and/or video only when safe to do so]
Q

On Purple Heart Day we pay solemn tribute to our Wounded Warriors and Fallen Heroes. These immortal patriots shed their blood, and many gave their lives, to defend our flag, families, and freedom. May we honor their sacred memory by protecting all that they sacrificed to secure. God bless our men and women in uniform, the greatest heroes in all the world.