Jussie Smollett accused of lying to CPD, indicted on 6 counts of disorderly conduct

Right before Jussie Smollett indictment was announcement BO tweeted the following, it seems he had a heads up

Even if the methods are new, sowing the seeds of doubt, division, and discord to turn Americans against each other is an old trick. The antidote is citizenship: to get engaged, organized, mobilized, and to vote – on every level, in every election. https://t.co/yOvaCZYtrW

By tweet @realDonaldTrump engaged in political interference in the sentencing of Roger Stone. It is outrageous that DOJ has deeply damaged the rule of law by withdrawing its recommendation. Stepping down of prosecutors should be commended & actions of DOJ should be investigated.

It is deeply heartening to see DOJ public servants not cower in the face of bullying by donald trump.

Except for Sen. Romney, Republicans in Congress should be shamed & voted out of office because of their cowardice & support for trump’s corruption. https://t.co/gnptmb1qjw

On the same day:

The rule of law & our democracy are in crisis.

Trump is using the powers of the presidency like a tyrant—now, to reward accomplices and go after witnesses who dared to speak against him. This should concern and anger us all. https://t.co/fJdWKpUJIt

Julians Rum points out something very interesting about BO tweet

About the Atlantic article Obama tweeted:

Look closely. Do you see a Q?

I do. A subtle threat… #Qanon pic.twitter.com/XyFqW6gY2q

The fact that Brennan, Yates, Nancy Pelosi, Nadler, Lisa Page, HRC, BO and even Eric Holder have chimed in on Barr’s involvement in the Stone sentencing issue tells you all you need to know. They are panicking, Barr is on the hunt

Trump tweeted out his thoughts on RS

Two months in jail for a Swamp Creature, yet 9 years recommended for Roger Stone (who was not even working for the Trump Campaign). Gee, that sounds very fair! Rogue prosecutors maybe? The Swamp! @foxandfriends @TuckerCarlson

So how did this all come about, how did the Trump administration pull this entire plan off,

Jessie Liu was in charge of the Mueller attorneys,

then appointed Timothy Shea to be the new US Attorney for DC.

Once shea was in place Trump withdrew WITHDREW LIU’S NOMINATION

Then the prosecutors started to quit, they lost their block, there was no one to cover for them, Timothy  shea was not going to help them and they knew it.

So what was the strategy of the Mueller team, why change the sentencing, this was a trap for Barr and Timothy Oshea .

Congratulations to Attorney General Bill Barr for taking charge of a case that was totally out of control and perhaps should not have even been brought. Evidence now clearly shows that the Mueller Scam was improperly brought & tainted. Even Bob Mueller lied to Congress!

The [DS] players are trying to make the case that Trump ordered the Justice department to change the sentencing of Roger Stone, this is a trap, they want the [DS] to follow this path. Why? it allows the truth to be revealed of what was really happening with RS

So in the last tweet from Trump he said the following  Evidence now clearly shows that the Mueller Scam was improperly brought & tainted. Even Bob Mueller lied to Congress! Why would he say this?

Now the [DS] Players are panicking because Trump is draining the swamp, he is getting all of those people who report to the [DS] players,

Robert O’Brien says the NSC will be down between 115 to 120 staffers by the end of this week.

Some personal news… @potus @realDonaldTrump announced his intent to appoint the following individuals to key positions in his Administration pic.twitter.com/WCMKEiJjIj 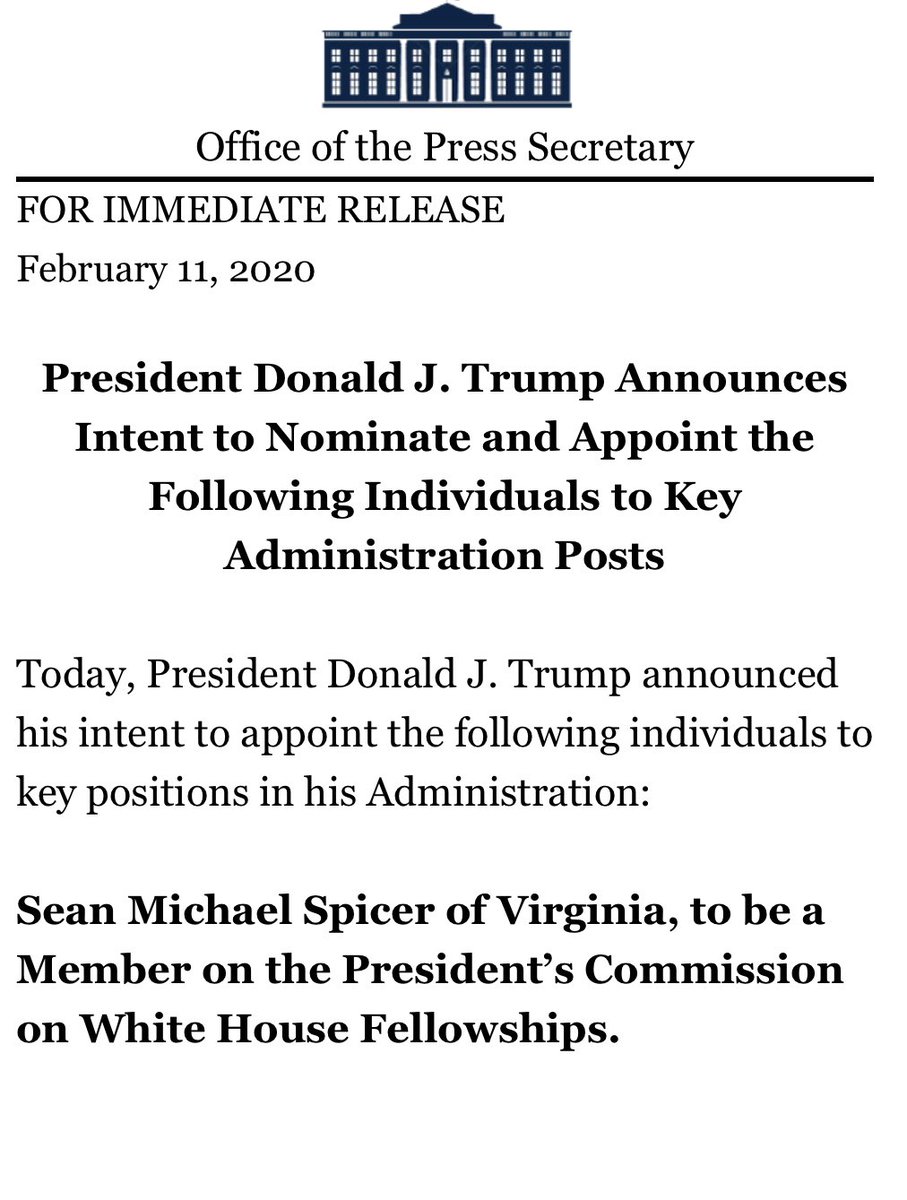 This is when I started thinking Scaramucci model was intended to show who the Deep Staters (like Scaramucci) didn’t trust (for optics purposes) making Hussein holdovers in NSC (like Vindman) feel comfortable that they could carry on with status quo (corruption). https://t.co/imjsVXwBJD

Whatever happened to Hillary campaign manager Podesta’s BROTHER? Wasn’t he caught, forced to leave his firm, with BIG BAD things to happen? Why did nothing ever happen to him, only to the “other” side?

What happened? YOUR Justice Department closed the case because, unlike your pal Roger Stone, my brother didn’t lie to Congress, intimidate a witness, and obstruct a federal investigation. https://t.co/KR8wkDxxtF

John and Tony Podesta Both Have Pending Sealed Indictments

JUST IN: Prosecutor Brandon Van Grack makes a new filing in the FLYNN case, arguing that the IG’s findings of FBI FISA problems has no bearing on Flynn’s effort to throw out his guilty plea for lying to the FBI. pic.twitter.com/w1V2MpNJyJ

https://www.fisc.uscourts.gov/sites/default/files/MIsc%2019%2002%20191217.pdf
“The frequency with which representations made by FBI personnel turned out to be unsupported or contradicted by information in their possession, and with which they withheld information detrimental to their case, calls into question whether information contained in other FBI applications is reliable.”
Think FLYNN_FISA [ILLEGAL?]
Q

The US Inspector General for Afghanistan testified today that Pentagon has no clear metrics for success or failure in Afghanistan, no reliable way to tell if Afghan security forces are working, no way to tell if we’re succeeding in that region https://t.co/7urfMwJ0oj

It is very important for our Country’s SECURITY that the United States Senate not vote for the Iran War Powers Resolution. We are doing very well with Iran and this is not the time to show weakness. Americans overwhelmingly support our attack on terrorist Soleimani….

….If my hands were tied, Iran would have a field day. Sends a very bad signal. The Democrats are only doing this as an attempt to embarrass the Republican Party. Don’t let it happen!

The Hunt is coming out after all, and it’s going to irritate everyone

Reporter: “Do you know who Anonymous is?”

Why would Q post this, was this for the MSM who watch the boards, Is Q trying to push them into asking the question, if they see someone asking about anonymous they might ask about Q

Think depopulation. the plan was a 16 year plan
The Silent War continues…
Q

Q is referring to the 16 year plan to destroy America

The 16 Year Plan To Destroy America

Confirming the DDoS attacks on 8kun was [them]. We all knew the MSM attacks were likely connected. Now that’s confirmed too.