Skip to content
Reports
January 29, 2021 x22report
SPREAD THE WORD
The economic system is now being exposed to the people. The people are learning that the system is rigged and the corrupt politicians are protecting those on Wall Street not the people.  This is not an open an free market, it is a controlled market by the [CB]. Is this going to bring down the entire system?  [KC] had his sentencing today, no jail time for changing an email to get a FISA warrant, instead he received probation, market 11.3. Is this just the beginning. The people are waking up to system that the [DS] created, it is being exposed for all to see. Elizabeth Warren likes to pretend she stands with “the little guy,” but in reality, she’s a tool of the very hedge funds and financial elites that she fraudulently decries https://t.co/Smkob9nzbz 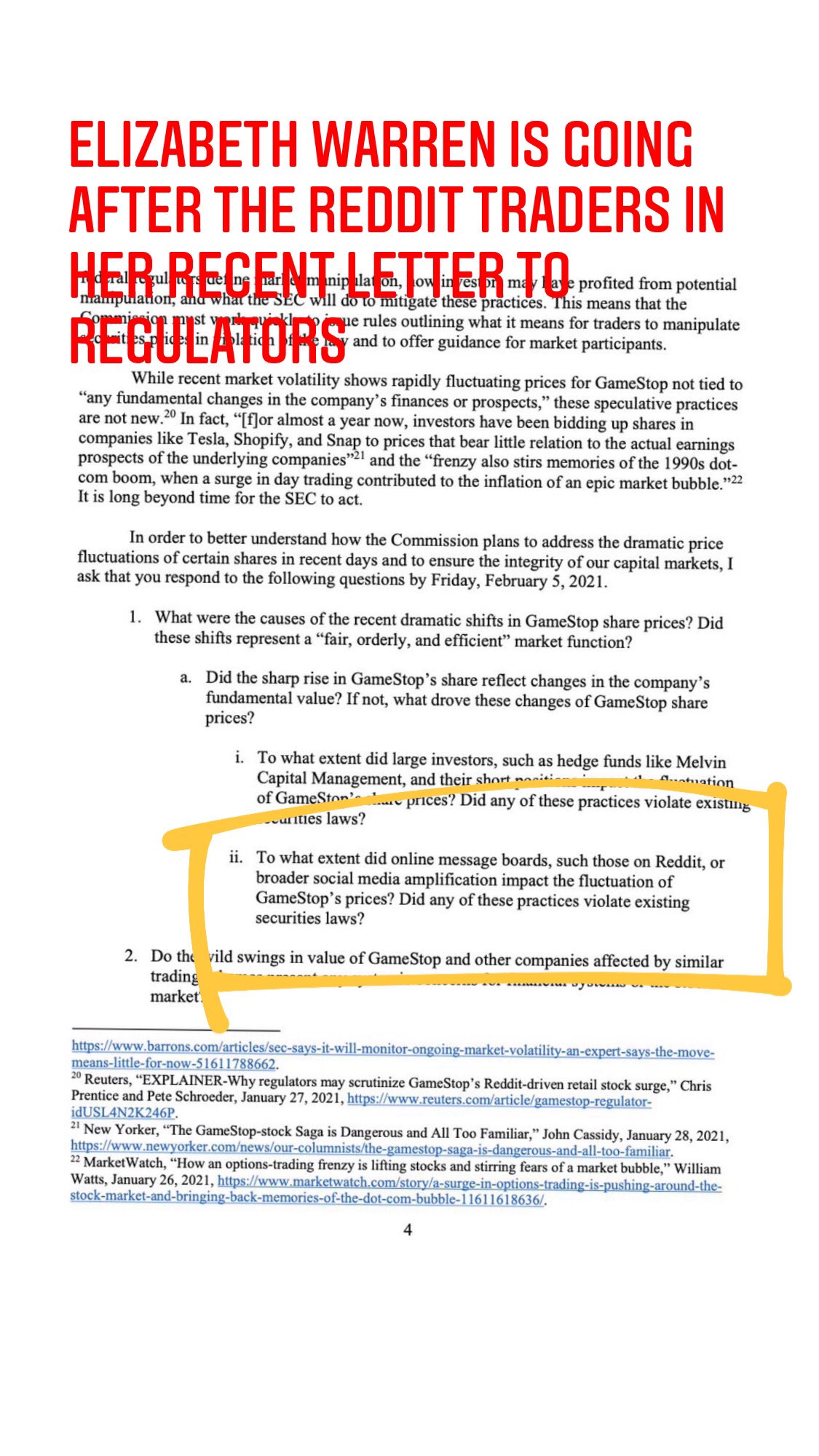 Elizabeth Warren claimed to be a populist fighter against Wall Street—instead she wants to subpoena day traders who broke the backs of hedge fund managers Joe Biden is silent on the issue. So is Kamala. Bernie Sanders is MIA. The Democrat Party is the party of Wall Street.
40% of those investing themselves into the #Gamestop movement are now experiencing for the first time what it’s like to be called racist, have their platforms shut down and their voices silenced. This is literally a game-changer. Talk about a Great Awakening.

Tonight, I’m leading a bipartisan group of lawmakers in calling for the SEC to investigate Robinhood & other financial institutions for their unprecedented and harmful actions against individual investors. Wall Street shouldn’t get to play by a different set of rules $GME @wsbmod pic.twitter.com/9nkJUccxQq 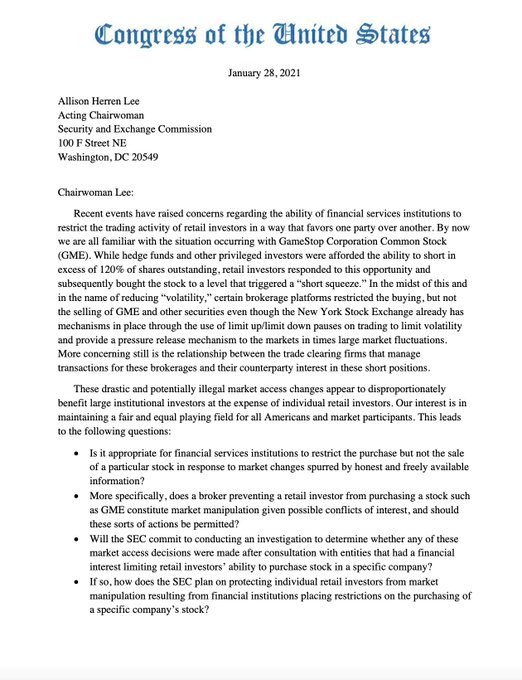 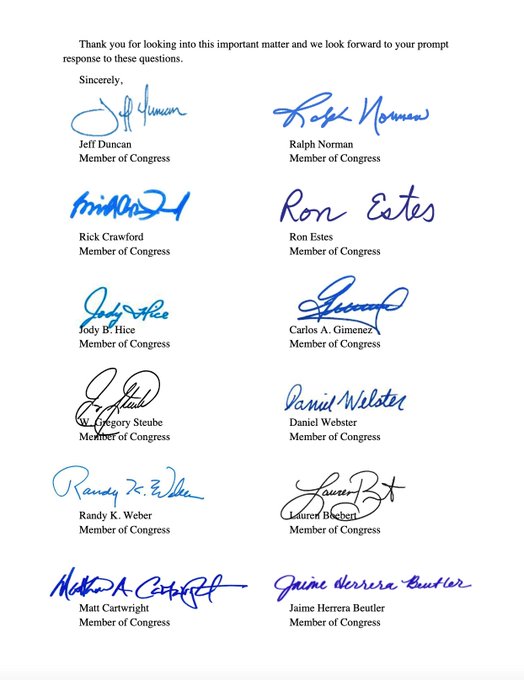 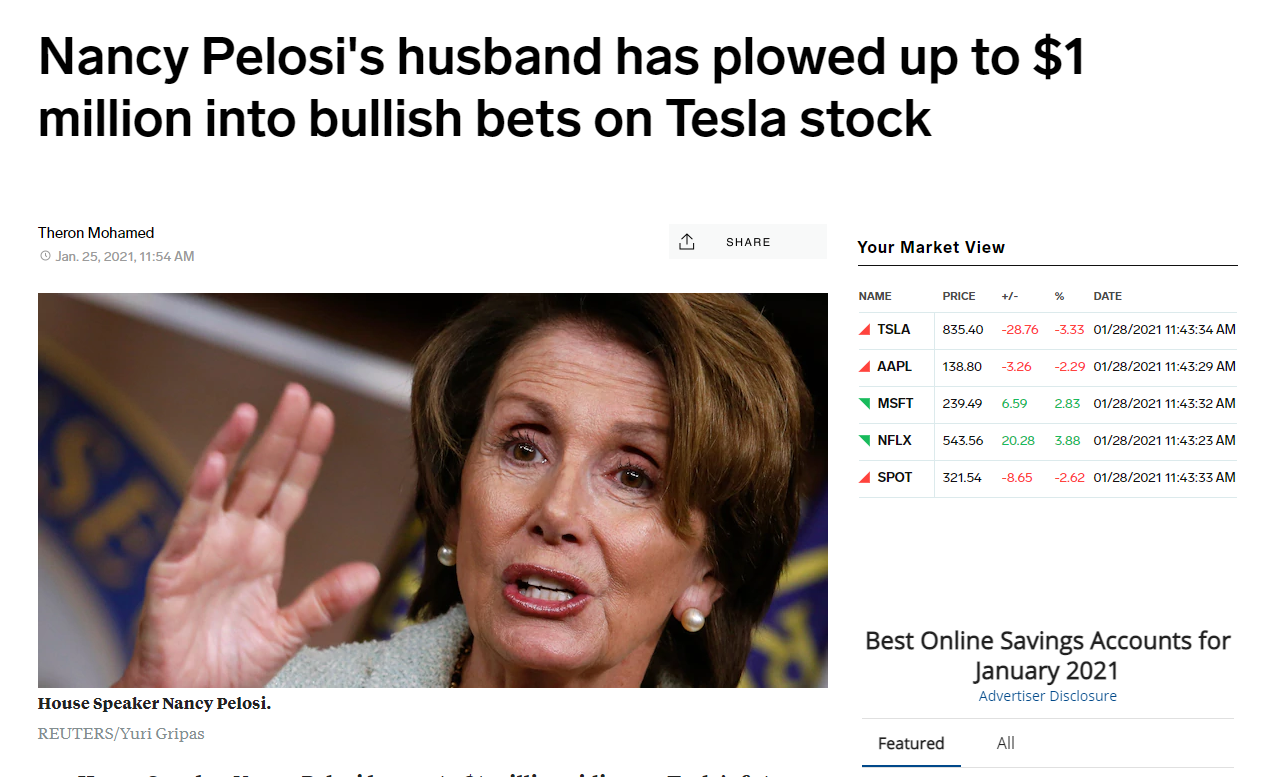 Who is Melissa Hodgman?
The free market illusion is over.
https://t.me/InevitableET/395 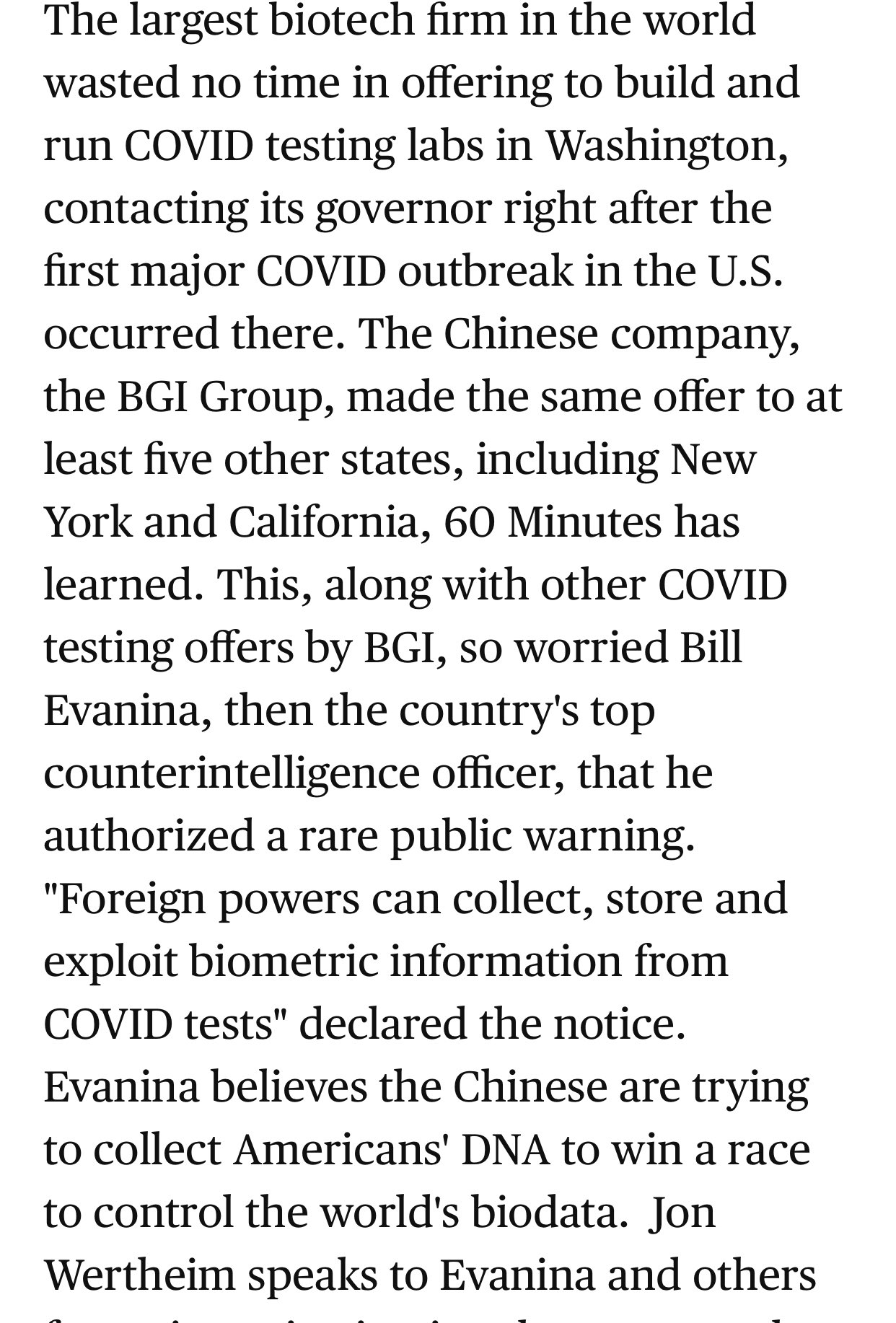 According to the Guard (emphasis mine):

As stated by GEN Hokanson, Chief, National Guard Bureau, two of the members were brought to the attention of the command for inappropriate texts or statements, while the other 10 were flagged by the FBI during the routine checks that they perform during every inauguration.  None of these individuals were flagged for extremist, criminal or threat association.

Their chain of command will review the circumstances and will take appropriate actions, if necessary, or they will be referred to law enforcement.

What does this mean, this was planned in advance,

So they are not worried about the caravan coming up, don’t know who they are , could be human traffickers, drug smugglers part of the MS13 gang, no wall needed. americans living in america they need to put a wall up protecting themselves from the citzens of the country. Do you know what type of leaders are afraid of their own people, dictators, a leader that does not have the support of the people, a leader that cheated their way into their position.

JUST IN – Czech Republic closes its borders for foreigners: Only essential travels will be allowed.

JUST IN – France to close borders to non-EU countries except for essential travel from Sunday.