Ep 2690b – MSM Is Dead, Failure To Control, The Tide Has Turned, Ready Offensive Ep 2690a – MSM Getting Ahead Of The Economic Narrative, People Will Rise Up Economically

The MSM is now getting ahead of the narrative, they know that the next quarter GDP is going to implode and its going to get worse. Fuel prices, inflation has gone up since [JB] was allowed to be the resident, now the world can see this. The Green New Deal will fail, people are seeing the truth, the people will rise up against the [CB] economy. The [DS] is trapped in everything they were trying to do to Trump. It has all turned on them and the people are awake. The trucker protests is so large that JT is panicking. The MSM is now dead, they have lost the narrative and they do not control the masses anymore, the tide has turned. The offensive is ready. The [DS] is preparing to create chaos and they are building the narrative, they world will not listen, the people are silent no more.

The range is actually much larger. Power density (land use) calculations from around the world can be found herehttps://t.co/YZaTVvAU3J

ABC Poll Shows How Out of Touch White House Is From, Well, Everyone

Anyone else would have been charged. Insane how the press ignores this. https://t.co/VSSMXAqNXU

First, why did the OIG not inform the Special Counsel’s office that Sussmann had met with both the Inspector General and his then-General Counsel? And why did the OIG falsely represent that there was no ‘further documentation?’ Sure, it could have been accidental, but given that Durham’s attorneys publicly exposed this ‘mistake,’ it suggests something more is afoot.

Then there is the question of the veracity of the claim and what happens to the investigation. Was there really an OIG employee connecting on a foreign VPN? Who was it? Why? Did the OIG ever find out?

What about Joffe: How in the world did he discover the OIG employee’s computer connecting to a VPN in a foreign country? Was Joffe monitoring other government computers? How? Why? Was anyone else involved? Who knew?

Biden Violates His Own Agenda & the Constitution

Spotify modified: Advisories are to be added to podcasts discussing Covid

Remember when D’s and the FAKE NEWS media [+FAKEWOOD] pushed mass fear that POTUS would start WWIII re: North Korea?
POTUS > PEACE on the Korean P > NO further missile tests or U enrichment.
New narrative created.
Refusal to provide coverage of successes. This morning, I tested positive for COVID-19. I’m feeling fine – and I’ll continue to work remotely this week while following public health guidelines. Everyone, please get vaccinated and get boosted.

These words are purely weapons to silence dissent now.

Rep. Marjorie Taylor Greene: Lindsey Graham, he said he hopes the people who’ve been arrested for January 6 go to jail and have the book thrown at them. But I think what Lindsey Graham needs to be informed of since he could care less and hasn’t even checked it out himself is these people have been thrown in jail and are having the book thrown at them and then some. Actually they haven’t even been to court yet. They have not been convicted of any crime, but they are being held in jail, indefinitely, in a pretrial state… January 6 defendents are being abused, treated worse than radical Islamist terrorists. 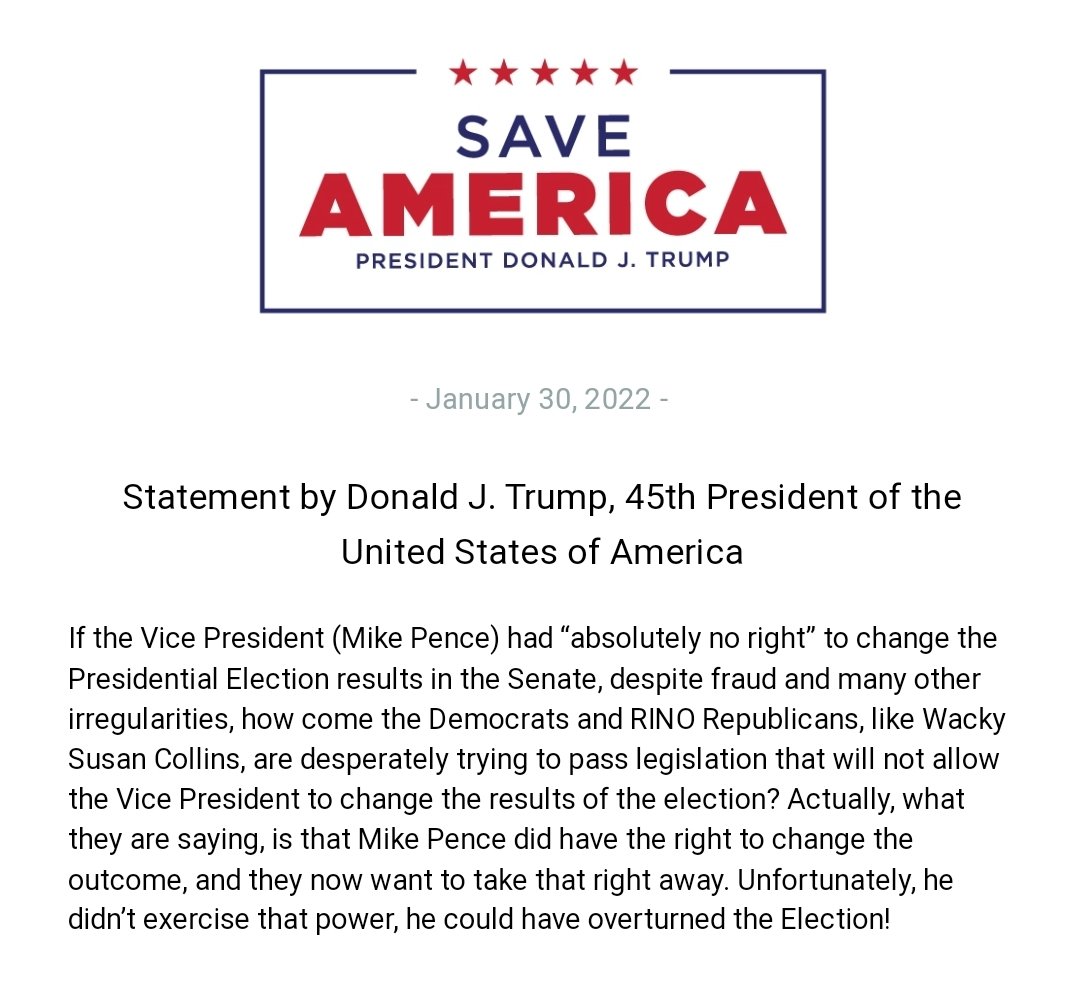 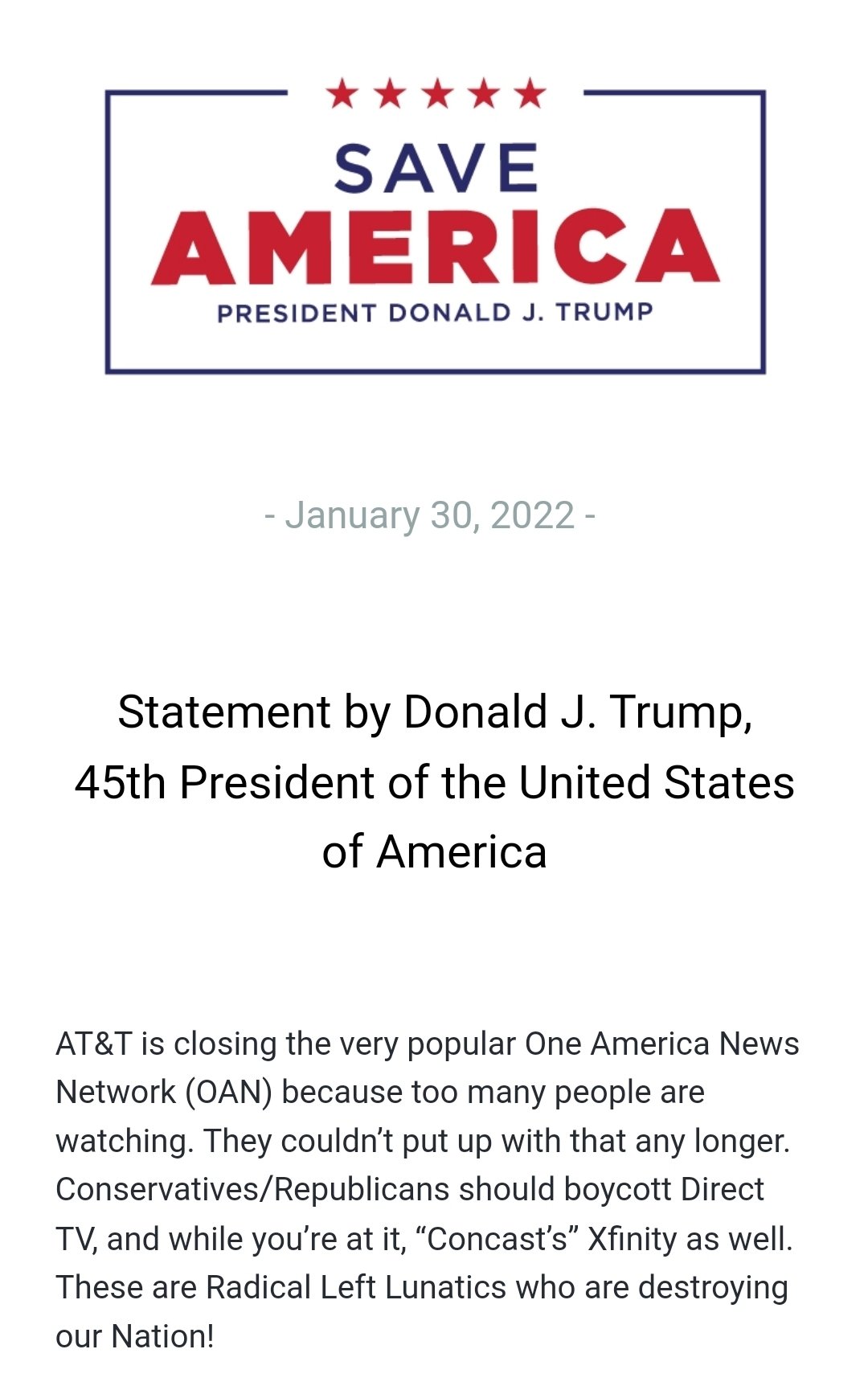 Trump ‘doesn’t care anymore’ and is in ‘burn it all down mode’: Maggie Haberman

According to Walter Shaub, former director of the U.S. Office of Government Ethics and now a senior ethics fellow at the Project on Government Oversight, Trump was implying that “he’ll pardon anyone involved in an even bigger, more violent terrorist attack” if he successfully returns to power three years from now—a message “his target audience will absolutely get.”

What he’s really saying is that he’ll pardon anyone involved in an even bigger, more violent terrorist attack in January 25 — if, this time, it succeeds. And his target audience will absolutely get that message. https://t.co/58aeA6Jy6L

>>175711
Holy crap!!! Q, you’re killing me! Took a sleeping pill a couple hours ago and now I’m guzzling coffee to fight it.God bless you for this amazing work that you are doing.

The creation of the internet and ‘connecting’ platforms is bringing about their downfall.
Failure to control.
MSM is dead.
#internetbillofrights
Q