The globalist are moving ahead with their plan, Gov Newsom has now placed a ban on gas powered vehicle which will be effective 2035. Their plan will fail, the economy continues to improve, durable goods move higher. The global economy is imploding, the countries that are under the their rule have no way out. The US is different, the patriots have been preparing for this and has now trapped the [CB]. The walls are closing in on the [DS] players, more information has been declassified and the world is getting a sneak peak into the real corruption. As soon as the data was released there were major outages across the country. The information that was dropped shows it was an orchestrated plan and the FBI, CIA, DOJ had no predicate to start the investigation. Judgement is coming, operators are standing by some will exit early.

PELOSI BACKS OFF: Nancy Now Says Trump ‘Not Worth the Trouble’ of Impeaching a Second Time

Retired Gen. Paul Selva, a former senior military adviser to President Trump, is one of nearly 500 national security experts and former officials who has signed a letter in support of Joe Biden for president. https://t.co/reqtdW219Z

Obamas are “most admired” man and woman in world: poll https://t.co/bN1OfFM2YN pic.twitter.com/NprWcJbRvA

John Legend: Americans may have to think about leaving country if Trump reelected https://t.co/JghMDcTlim pic.twitter.com/kgfllXIjko

But it’s a new day. And this is America. We can do anything. pic.twitter.com/FnpjAW3KnA

“Poroshenko (Ukraine’s President) asked me to resign due to pressure from the US Presidential administration, in particular from Joe Biden, who was the US Vice President. Biden was threatening to withhold USD $1 billion in subsidies to Ukraine until I was removed from office.” pic.twitter.com/BTbpp9cs6C

So @petestrzok was talking/joking about opening an *FBI CI investigation on a Presidential candidate* codenamed “Crossfire YUUUGE” (obviously mimicking Trump’s way of speaking) on *Aug 11, 2016.* Zero evidence for any such probe at the time or since pic.twitter.com/uQ1AlvIRkJ

Needless to say, FBI investigations shouldn’t even jokingly be named after individuals, but should be focused on the alleged crimes of those individuals. But they wanted to open a case on “the man” — which is how they referred to Trump

Barnett was later assigned to the Special Counsel team.

Barnett: the predication for the Flynn investigation was “not great” pic.twitter.com/xlzwMzymDd

FBI assessed this information to be not accurate pic.twitter.com/vwtxKQMEVo

The Flynn (Razor) investigation lingered – leadership didn’t ask Barnett to do much on it.

Another agent thought it was “an exercise in futility” pic.twitter.com/02txZs4Yjf

As the Flynn investigation wound down, Agent Barnett suggested interviewing Flynn and closing the case.

The request for the interview was denied.

“there was nothing left to do in the case” pic.twitter.com/EljHFbihfE

The Flynn case wasn’t kept open for the broader Russia investigation – it was due to a Logan Act violation that Barnett thought was questionable. pic.twitter.com/4lIsg9sEVV

1) BREAKING, per @CBS_Herridge and extraordinary.
So Christopher Steele’s main source for the dossier? He was the subject of a nearly two-year long FBI counter-intel investigation (2009-2011), under suspicion of being a Russian spy and a “threat to national security.” 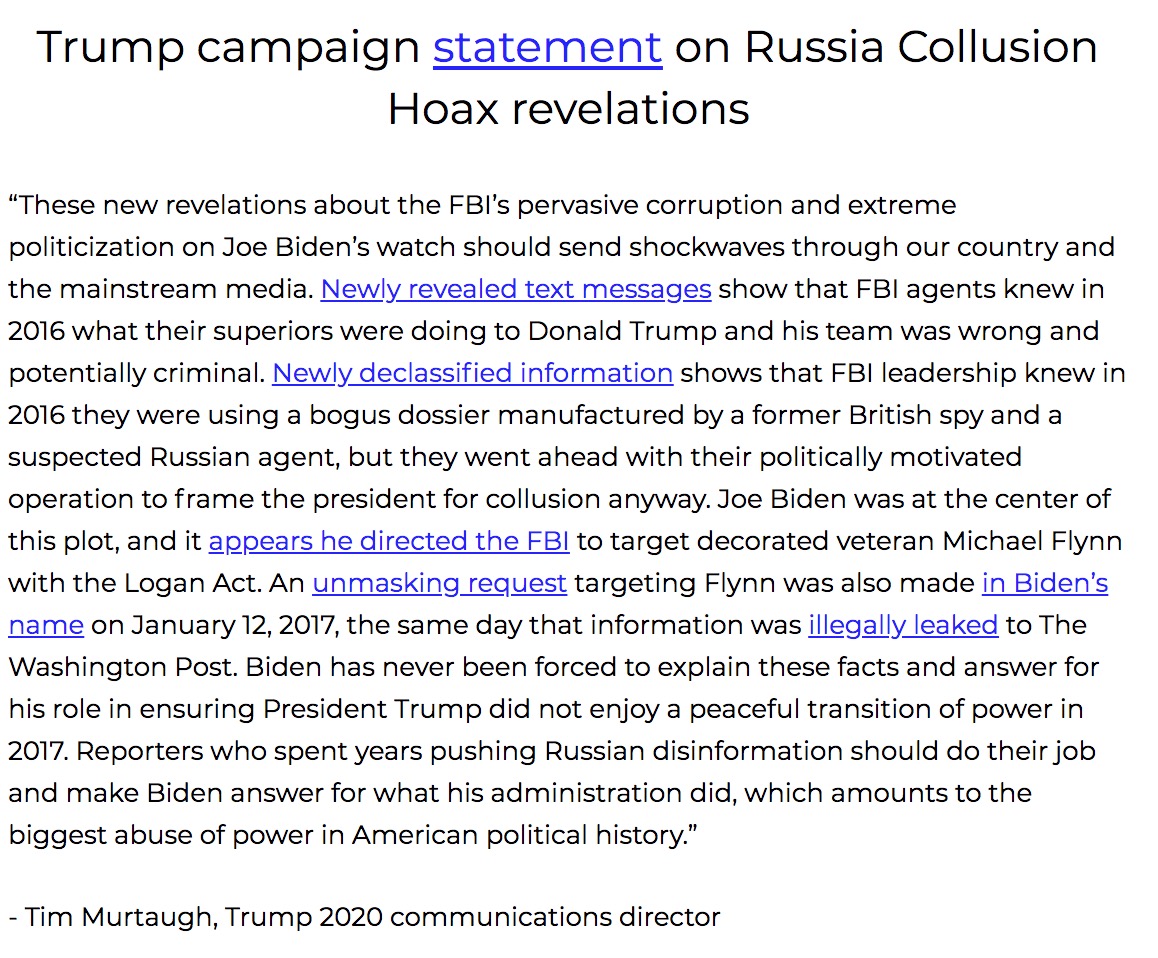 What happens if Michelle enters the Presidential race, can you go after a candidate, are they off limits

BREAKING: Google Meet, Google Drive, Google Hangouts and Gmail are all down for many users.

Cheating on Unsolicited Ballots by political hacks, or anyone else, is against the law. We are closely watching!

NEW: Mike Pompeo tells the New York Post that China’s New York consulate is a major spy hub and that it’s likely more diplomats and agents will be arrested. 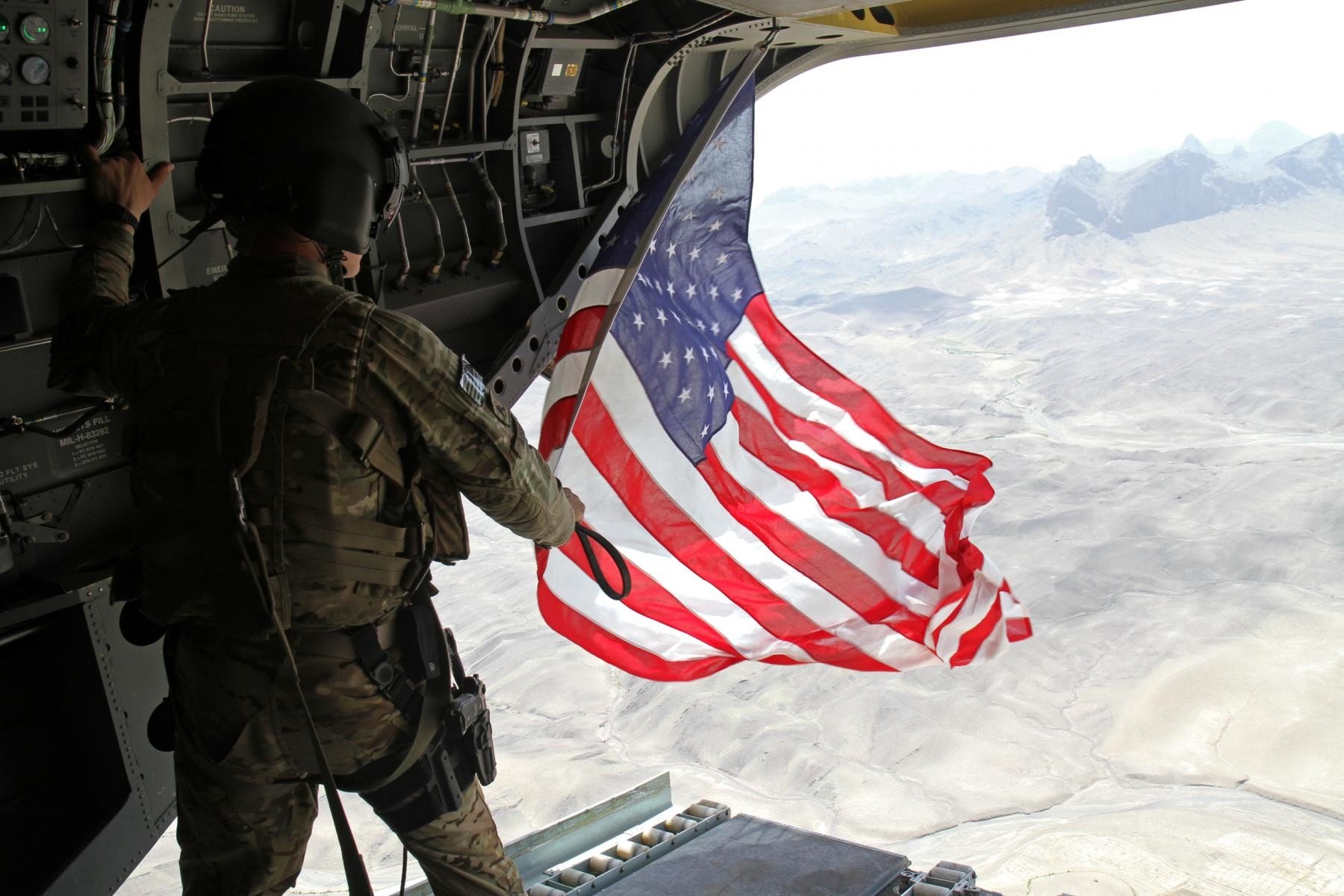 Joe Bidden in Office for over 45 years, he was the VP to a black president, why didn’t they do this? Who was HRC mentor, Sen Byrd

Some will take the easy path and exit early.
Q

https://twitter.com/Comey/status/1204136276582113280
So it was all lies. No treason. No spying on the campaign. No tapping Trumps wires. It was just good people trying to protect America.
Worth remembering.
Think what you now know.
Q

7 thoughts on “Operators Are Standing By, Some Will Exit Early, Judgement Day Is Coming – Episode 2286”