The [CB] pushing a global recession is losing the battle, the US is on a different track, this track is to expose the [CB]. Trump is doing everything in his power to help the people through this transition. Trump has now set the entire thing in motion, he is in charge of the Fed, Powell needs to ask permission from Trump now. The [DS] event is failing at an accelerated rate. The patriots are ready to make their move, the entire [DS] apparatus will be exposed, patriots stand at the ready the storm is coming, this is the start.

Democrats should be ashamed for putting partisan politics over Americans’ livelihoods.

Mnuchin: Economy could reopen in May

Powell expects ‘robust’ recovery once coronavirus is under control

Take a listen to what trump said about payroll tax cuts

And as the extreme policies of The Fed ripple through markets, so gold is soaring, reflecting the abuse of fiat that is occurring in real time…

Trump Fed pick wants to revive the gold standard. Here’s what that means

The Fed And The Treasury Have Now Merged

My profanity laced interview with yet another loser informant has been published. I promise you there is a conspiracy case being built around this frame job. I know exactly who it is. https://twitter.com/CBS_Herridge/status/1248077739602698241 …

SCOOP: #FISA CBS News has reviewed transcript of conversation between George Papadopoulos and a confidential source working for the FBI less than two weeks before 2016 presidential election, and has published key excerpts below. @CBSNews https://www.cbsnews.com/news/george-papadopoulos-former-trump-campaign-adviser-denied-campaign-was-involved-in-dnc-hack-in-recorded-call/ …

My profanity laced interview with yet another loser informant has been published. I promise you there is a conspiracy case being built around this frame job. I know exactly who it is. https://twitter.com/CBS_Herridge/status/1248077739602698241 …

SCOOP: #FISA CBS News has reviewed transcript of conversation between George Papadopoulos and a confidential source working for the FBI less than two weeks before 2016 presidential election, and has published key excerpts below. @CBSNews https://www.cbsnews.com/news/george-papadopoulos-former-trump-campaign-adviser-denied-campaign-was-involved-in-dnc-hack-in-recorded-call/ …

Sometimes it’s hard to keep track of ALL THE SPIES AND AGENTS AND INFORMANTS that the FBI ran at @GeorgePapa19 back in 2016.

F.B.I. Sent Investigator Posing as Assistant to Meet With Trump Aide in 2016

The use of the investigator in an operation aimed at a campaign shows the alarm in the F.B.I. as officials uncovered the scope of Russia’s 2016 election interference.

When Trump was giving the presser yesterday a reporter asks Trump about Bernie Sanders and Biden,

.@realDonaldTrump “(He’s) got to come out at some point…I think I know but you don’t know.” 👀

Now we know there has been a big push for mail voting, reporters have been asking Trump in his pressers, lets go back to post

Absentee Ballots are a great way to vote for the many senior citizens, military, and others who can’t get to the polls on Election Day. These ballots are very different from 100% Mail-In Voting, which is “RIPE for FRAUD,” and shouldn’t be allowed!

President Trump: “There’s a lot of fraudulent voting going on in this country.” pic.twitter.com/lhmfRcyyuw

The MSM and corrupt politicians are now pushing very hard for mail voting, Trump has just trapped them, Acosta asked if there is proof and Trump said we will get it to you, fell right into it.

The NYTimes is trying to get ahead of this, but this will fail

Trump Is Pushing a False Argument on Vote-by-Mail Fraud. Here Are the Facts.

Source: nytimes.com
HRC, Pelosi and EH are pushing their narrative, this will fail

“72% of all U.S. adults, including 79% of Democrats and 65% of Republicans, supported a requirement for mail-in ballots as a way to protect voters in case of a continued spread of the respiratory disease later this year.” https://t.co/Ql6s0KGQ9U

I’m not “Breaking White House Distancing Guidelines,” I’m the only journalist in the room personally invited by ⁦@WhiteHouse⁩.

Incidentally, @WHCA has no legal jurisdiction over the briefing room.

The entire event is now coming down around the [DS]

BREAKING: FEC records show the husband of State Dept Dr. Deborah Birx, coordinating COVID-19 response, is a Democrat who gave at least $8,100 to Hillary Victory Fund & Hillary for America in 2015 and 2016 and served as deputy assistant & director of advance for President Clinton

Social distancing bends the curve and relieves some pressure on our heroic medical professionals. But in order to shift off current policies, the key will be a robust system of testing and monitoring – something we have yet to put in place nationwide. https://t.co/evkTSrzReB

Trump is not following their plan, they thought everyone would be tested, the tests were faulty some were infected with the virus, OBama is signalling the swamp to push this on Trump, the patriots are in control

“I have a feeling that a lot of the numbers that are being said in some areas are just bigger than they’re going to be,” he said. “I don’t believe you need 40,000 or 30,000 ventilators. You go into major hospitals sometimes, and they’ll have two ventilators. And now, all of a sudden, they’re saying, ‘Can we order 30,000 ventilators?’”

The New York District, in conjunction with state, federal and local partners, is constructing an alternate care facility for approximately 1,000 patients in climate-controlled tents at Stony Brook U #USACE #DOD #USARMY pic.twitter.com/d5imJ468Kh

[out of order_insert important]
https://twitter.com/MonangeSauvi/status/1247988574642978816
Did you think ‘spirit cooking’ was just pretend?
http://cannibalclub.org/index.html
Q

Drop 3917 linked to a FB pg w/graphic images re: canibalism. Many said it was satire. The other was link to Canibal Club that “specializes in prep of human meat.” Also being dismissed as a fake site. This is done to paint those who believe this is REALLY happening as “crazy”.

Barr disappointed by partisan attacks leveled at President Trump, says media on a ‘jihad’ against hydroxychloroquine

Attorney General William Barr told “The Ingraham Angle” Wednesday that he was disappointed over the partisan attacks leveled against President Trump during the coronavirus pandemic and blasted reporters for waging a “jihad” to discredit the effectiveness of the malaria drug hydroxychloroquine.

“It’s very disappointing because I think the president went out at the beginning of [the coronavirus pandemic] and really was statesmanlike, trying to bring people together, working with all the governors,” Barr said. “Keeping his patience as he as he got these snarky, gotcha questions from the White House media pool and the stridency of the partisan attacks on him has gotten higher and higher.”

[Movie 1]Showtime.MOVIE 1 [Full]: The ‘START’
PLOT: How the intelligence apparatus, State Dept, and Dept of “JUSTICE” of the United States, in joint effort w/ our (x) primary foreign allies + other covert assets, as directed by HUSSEIN [WH] in coordination w/ HRC, colluded and conspired to RIG THE PRESIDENTIAL ELECTION OF 2016 in an effort to install HRC, frame POTUS (PROJECTION!), create emergency contingencies re: installation of SAFEGUARDS and FIREWALLS to PREVENT EXPOSURE OR CONTINUATION OF PRESIDENCY SHOULD COUNTER FAIL TO ENSURE OPERATORS, ACTORS, AGENTS OF POWER, PAST & PRESENT, REMAIN IN CONTROL, AND USE SOURCES/COVERT ASSETS OF THE FAKE NEWS MEDIA TO CARRY OUT X-FRAME BARRAGE OF STRATEGIC COORDINATED [GUIDED] ATTACKS DESIGNED TO DIVIDE, COVER/SHELTER, JUSTIFY IMPEACHMENT/REMOVAL IN EFFORT TO REGAIN CONTROL AND PREVENT PUBLIC AWARENESS OF ILLEGAL, CRIMINAL, TREASONOUS ACTS [MOVIES 1-3 FULL LIST].
Coming SOON to a theater near you.
MOVIE 2 – Coming this FALL.
MOVIE 3 – TBA
Enjoy the show.
Q

https://twitter.com/realDonaldTrump/status/1208873492025925632📁
The Democrats and Crooked Hillary paid for & provided a Fake Dossier, with phony information gotten from foreign sources, pushed it to the corrupt media & Dirty Cops, & have now been caught. They spied on my campaign, then tried to cover it up – Just Like Watergate, but bigger!
Do people really believe the biggest scandal in modern US history will go unpunished [Scot-Free]?
Backchannels are important.
Patriots stand at the ready [shills whine].
Q

Far-left CBS has been caught broadcasting misleading hospital footage for a second time during the coronavirus pandemic.

About two weeks ago, on March 22, CBS News used deceptively-edited footage the first time. Breitbart News reported then that “Far-left CBS News was caught red-handed using chaotic footage from an Italian hospital in a story about New York City hospitals.”

“It was an editing mistake. We took immediate steps to remove it from all platforms and shows,” CBS News explained unconvincingly at the time.

THE TRUTH IS RIGHT IN FRONT OF YOU.
Q 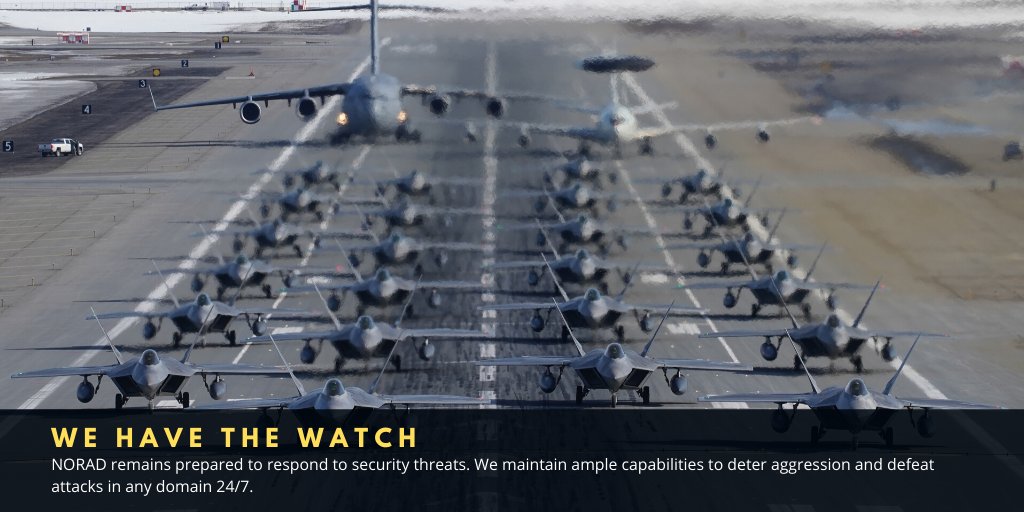