The economy is now firing on all cylinders, we are seeing V recovery in many of the economic sectors. The Altanta Fed is now predicting a rebound in the GDP numbers. US 8 class truck sales are recovering. Grenell speaks out against the globalists and tells the world what their plan was.  The [DS]/MSM have now lost their narrative the country is not buying what they are selling. The walls are closing in on them and they are starting to realize it and that is why they are trying to blame the chaos on Trump, this will fail because for months he told the Gov and Mayors just let me know when you need my help, they never did. The people have been brought to the precipice and they can see clearly now.

Mortgage Rates Decrease Again, Veering Back Into Territory Of Lowest Rates On Record

US Pending Home Sales Surge To Highest Since 2005

“We are witnessing a true V-shaped sales recovery

Used Class 8 Truck Sales Are Stabilizing As Prices Bounce Back

They just outed themselves as being part of the swamp, that was easy

Mueller testified under oath he did NOT interview with Trump for the job of FBI Director on May 16, 2017

Yet new FOIA’d emails show DAG Rosenstein sending an email the very next day, May 17, saying that “Mueller” has now “withdrew from consideration for FBI Director”🤔

Mueller’s testimony to the House. Mueller is clear that he was never “applying” for the job of FBI Director, he was never under consideration, and his “interview” on May 16, 2017 was just to give his “input” on “what it would take to do the job” 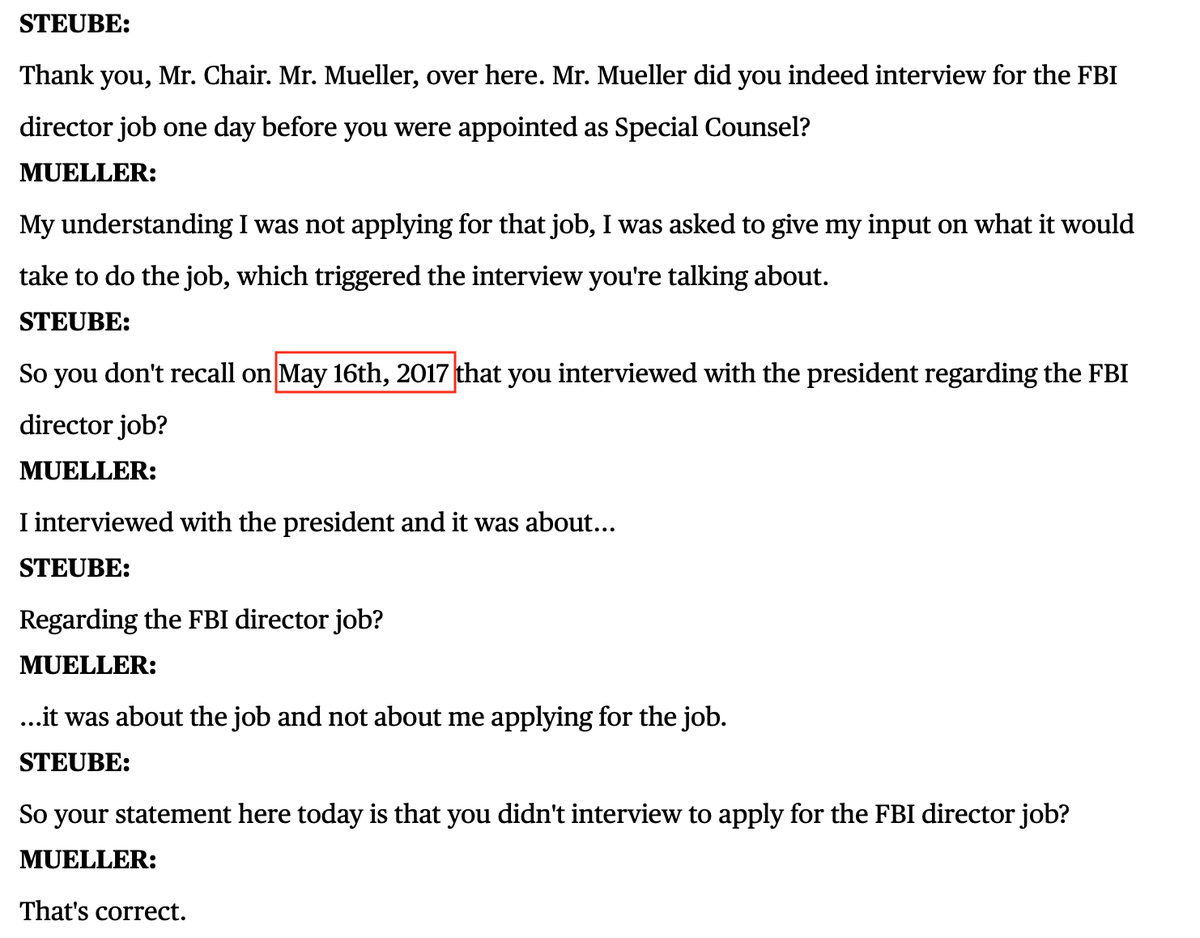 Rosenstein email, just released in FOIA. Mueller “withdrew from consideration for FBI Director”, sent on the morning of day after the “interview” with Trump, May 17, 2017.

Mueller can’t “withdraw” from “consideration” for the job of FBI Director unless he was previously under consideration for the role, which he testified he wasn’t

Rosenstein was in the “interview” on May 16, so his email makes no sense if Mueller was never under consideration

So who is wrong? Mueller, or Rosenstein (Mueller’s boss)? Because they can’t both be right, and one of them was under oath.

We need to remember that Grenell was the Acting DNI, he saw it all, he knows it all, and he said something very interesting during his speech at the RNC, he mentioned whistleblowers, that they were silenced when they tried to stop the spying operation on Trump

TAKE A LISTEN TO GRENELL

Durham is coming, he has the criminal documentation,  Grenell saw it all, and if they know Trump knows, they got them, there is only one question, when does the major part of the storm hit.

DEVELOPING: Investigators have reverse-engineered the chain of custody of the highly classified Flynn intercepts from Dec. 29, 2016:

Auten was one who dug them out. But the request to FBI came from Rice at NSC

The [DS] cannot allow this, so what did NP just do, she is making the case of why JB should not debate Trump, we also need to remember that JB and KH are both being tested for Covid

Take A LISTEN TO WHAT NP SAID

It seems they are planning to have in bow out, or he will say yes to the debates and something will happen that will not allow to debate, wait for it because its coming

More seasonal flu data over the C19 cuckoo nest: ~12% of US adults hospitalized for seasonal influenza have a major acute cardiovascular event, i.e., acute heart failure or acute ischemic heart disease. ~5% of these events occur in those 18-49 yo https://t.co/iBzMTvxrmU pic.twitter.com/tCvx3RSoKO 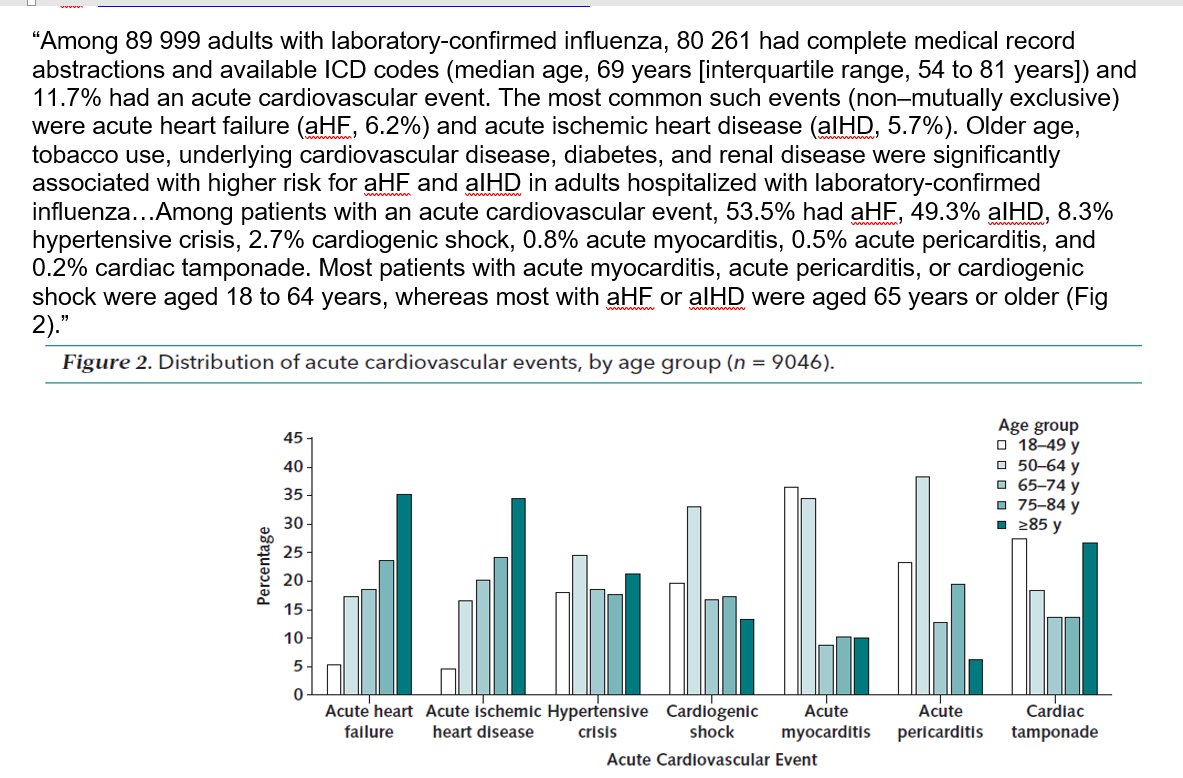 BREAKING: Wisconsin Department of Justice confirms that Jacob Blake was armed with a knife and when a Kenosha Police officer shot .Knife found on floorboard.

You cannot make this up… A CNN reporter is standing in front of a building engulfed in flames and CNN’s chyron reads:

I interviewed the alleged shooter before the violence started.

All 3 chased Kyle, violently assaulted him and were shot in self-defense. pic.twitter.com/X8FUzY6n7q

(1) Thanks to ALL Freedom Loving Americans who responded to requests for contact information on Kyle Rittenhouse. We have connected with Kyle’s family & help is on the way. Kyle will have excellent legal representation. We owe him a legal defense.

The #FightBack Foundation legal team is heading out to meet with Kyle & his family. Several great local & national lawyers have joined team led by John Pierce @CaliKidJMP. Michelle Malkin @michellemalkin is also hard at work. True Patriots. Thanks you for outpouring of support.

DOJ has deployed 200+ agents and marshals from the FBI, ATF, and USMS to assist state and local law enforcement in the response to rioting and unrest and will continue to surge Kenosha with federal resources as needed and necessary. https://t.co/5O9oDNVC0Y

ANTIFA Thug Marquise Love Has Bail Set at $260,000 for Alleged Role in Mob Beatdown of Driver in Portland

Remember when Kavanaugh ruled orgs affiliated w Soros’ Open Society lose the protection of 1A & can be treated as international threats as this impacts supporters in the US & abroad.

The people must see it to believe it, look at the cities, look at what the governors and mayors of those cities allowed, Trump continually said if you need help we can send help in, but they didn’t take it him up on the help, the MSM ignored the riots, the burning, the killing, they didn’t care what was really happening to everyday people that work hard, they knowingly knew what was going on and  now because of polls they are acknowledging it all. Only at the precipice of destruction will people demand change.

EXCLUSIVE: Despite Reports, FBI Does Not Label QAnon Group a ‘Terrorist Threat’

FBI statement re: QAnon being labeled a domestic terrorist threat: “The FBI does not and cannot designate domestic terrorist groups. The FBI can never initiate an investigation based solely on an individual’s race, ethnicity, national origin, religion, or the exercise of First Amendment rights. When it comes to domestic terrorism, our investigations focus solely on the criminal activity of individuals—regardless of group membership—that appears to be intended to intimidate or coerce the civilian population or influence the policy of the government by intimidation or coercion. It’s important to note that membership in groups which espouse domestic extremist ideology is not illegal in and of itself—no matter how offensive their views might be to the majority of society. Membership in a group is not a sufficient basis for an investigation.”

One thought on “People Have Been Brought To The Precipice,For The First Time People Can See Clearly – Episode 2261”