Ep 2566b – People Must Digest & Accept Factual Events, People Must Unite To Clean Out The [DS] Ep 2566a – The World Is Now Feeling Inflation, [CB] Panicking, Losing Narrative
The inflation has now appeared out in the EU. Soon the world will see the inflation and the [CB] will not be able to stop it. They are exposed. The US is now saying that SS is going to run out a lot sooner than everyone thinks. JP Morgan is now fighting tax fraud. The entire banking system is corrupt. The [CB] is now panicking, nothing can stop this. The [DS] during Trump presidency projected everything they have done and will do onto Trump. Now the boomerang is come back at them, they are feeling the pain. The patriots need to show the people, it must be easy to digest and accept. This will unite the people. The people must be untied to remove the [DS]. The [DS] is now preparing for zero day, FB is now changing its algorithm so it filters out political news. More is on the way, sometimes the truth takes a while to show up, but once it does, nothing can stop it.

Quietly, JPMorgan Chase Has Been Battling Another Felony Charge – This Time for Tax Fraud in France. Its Defense Is Its “Human Rights” Have Been Violated.

I am glad more are seeing the ugly truth of @Oprah. I wish she were real, but she isn’t. From being pals with Weinstein to abandoning & destroying Russell Simmon’s victims, she is about supporting a sick power structure for personal gain, she is as fake as they come. #lizard pic.twitter.com/RCuXNpWCU0 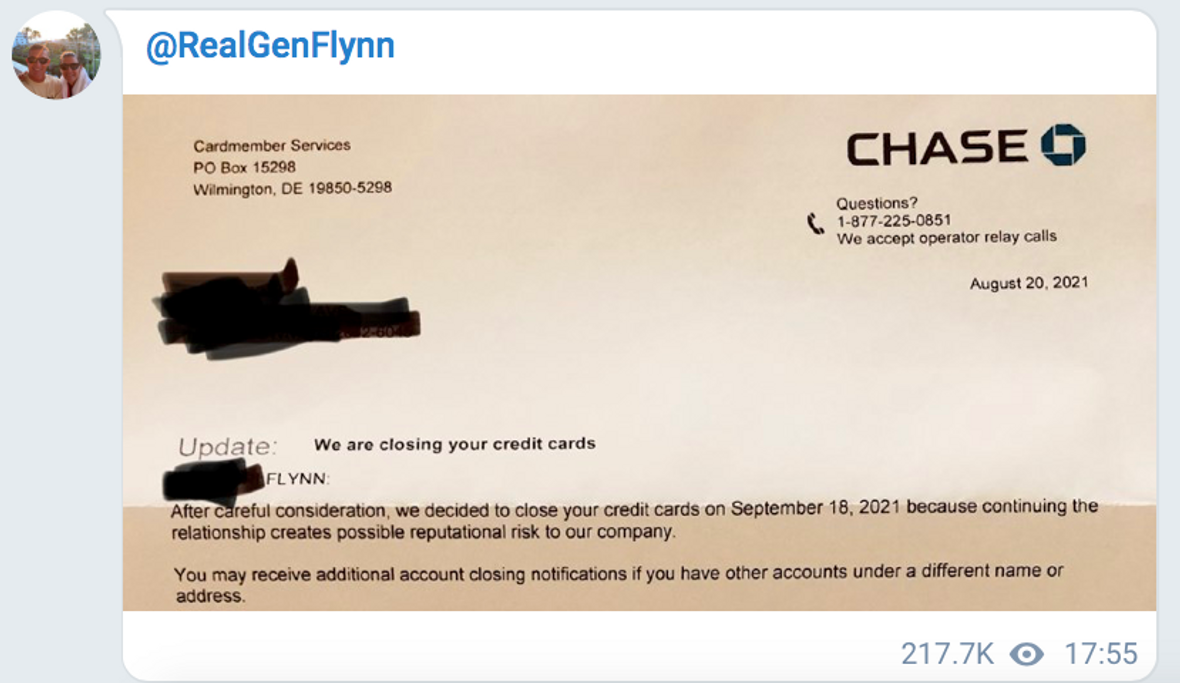 Flynn sent the following message Monday to his 282,000 Telegram followers:

“Over the past several weeks my family and I have been victims of an organized criminal extortion involving a former DOJ official seeking $25 million while threatening to smear my name. We have been cooperating with federal authorities in this matter and my father has even been wearing a wire at the FBI’s direction to catch these criminals. The planted leak to the New York Times tonight was intended to thwart that investigation. No part of the allegations against me are true, and the people pushing these lies are targets of the ongoing extortion investigation. I demand the DOJ immediately release the tapes, made at their direction, which implicate their former colleague in crimes against me based on false allegations.” -Rep. Matt Gaetz

Federal prosecutors on Tuesday accused a Florida man of trying to defraud U.S. Representative Matt Gaetz’s father Don Gaetz out of $25 million, in a scheme allegedly linked to a criminal investigation targeting the Republican congressman.

In a newly unsealed indictment, prosecutors accused Stephen Alford, 62, of contacting Gaetz’s father and demanding $25 million. The congressman is currently under criminal investigation over an allegation that he sex trafficked a minor and, prosecutors alleged that Alford falsely claimed he could help Gaetz obtain a pardon from former President Donald Trump.

The indictment does not refer directly to the embattled pro-Trump lawmaker or his father, a former healthcare executive who also served as president of Florida’s state senate. But the alleged plot was widely reported this year after Gaetz released documents he said showed an extortion plot against him.

Source: thegatewaypundit.com
Truth will always destroy propaganda, sometimes it takes a while for the truth to be revealed, remember propaganda is shiny and sounds good but it lacks facts

Almost every place that made the list taking in refugees were swing states or swing congressional districts… Democrats are playing for keeps https://t.co/IoKpMFHLG5 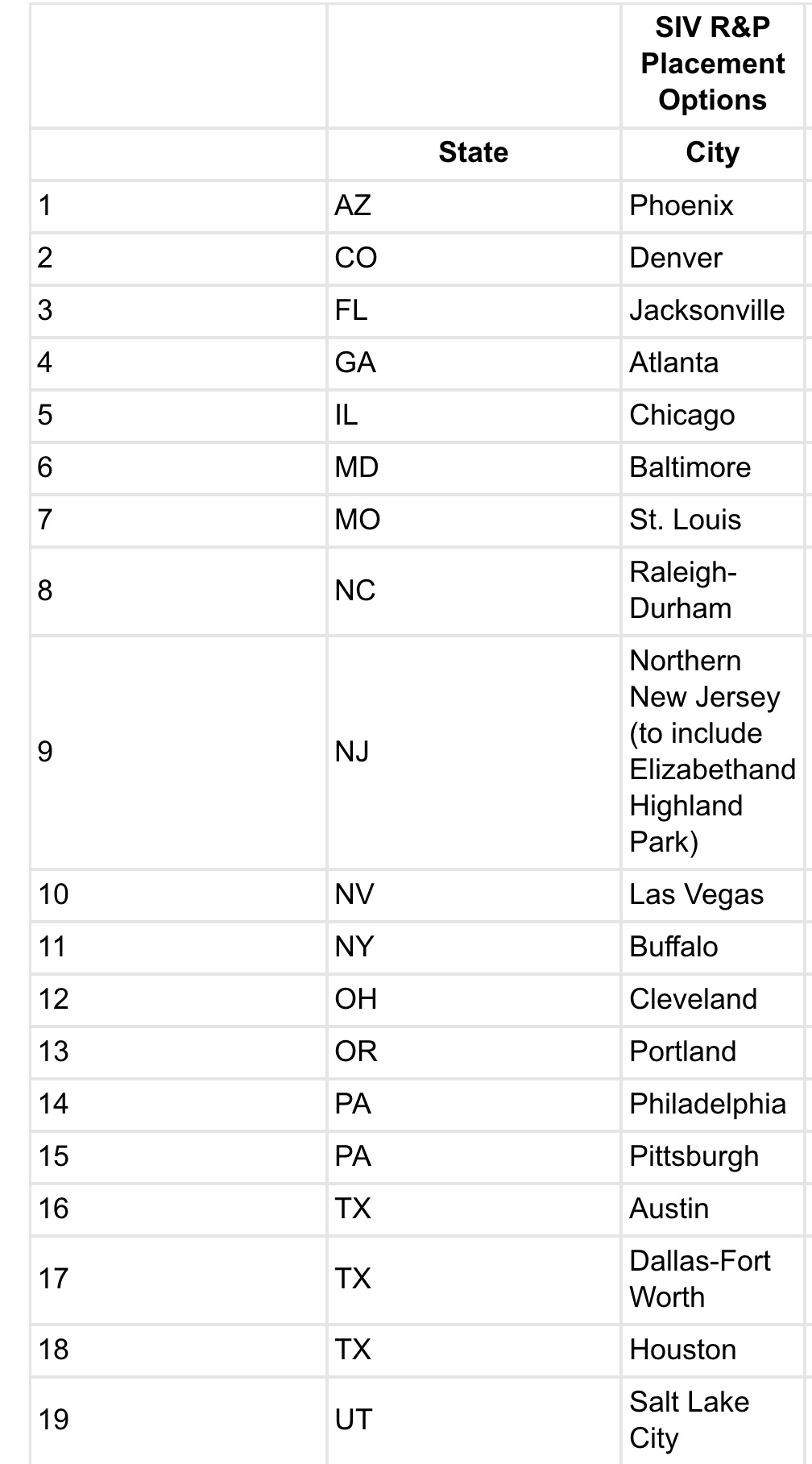 13 US servicemen and women were killed in the blast along with over 100 Afghans.

U.S. Intel Hits Biden Again, Leak Transcript and Recording of Call With President Ghani – Biden: “there is a need, whether it is true or not, there is a need to project a different picture” 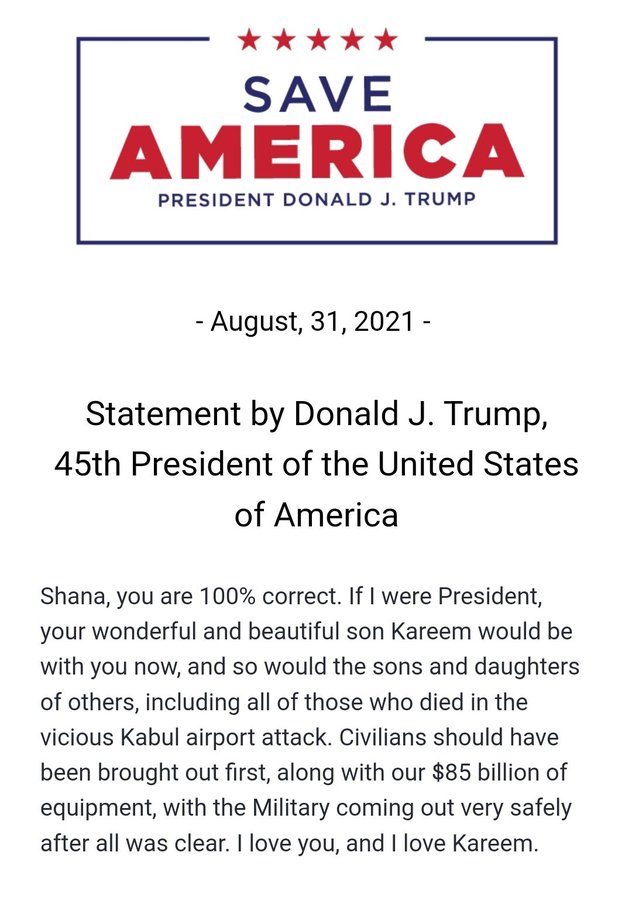 This reminds of Cuomo, didn’t he get an emmy for his covid presentation, Trump put him out there on purpose, it’s all going to boomerang on him, wait for it, the truth is coming, how do you think the people are going to respond, just take a look at biden and multiply that by 1000

Do you see the playbook, the are about to use the children
Have they been using the children for gun control, think about parkland, sand hook

So will the entire country die, will half, a quarter, or are we going to find out that nothing happened.

The world has been fighting a virus from China with a public health policy from China that transforms the world into China.

Stop me if you’ve heard this before.

“As the Capitol riots demonstrated, an inchoate conspiracy can turn into a grave substantive offense on short notice. Such accelerationist groups are widespread and proliferating.”

Especially with help by a dozen FBI assets, right? https://t.co/tc8qw4qZeK

“The Watchmen, meanwhile, had worked their way toward an office they thought was Whitmer’s and were banging hard on the door. Photojournalists began snapping pictures. The shocking spectacle of the militants occupying the Capitol grabbed the media’s attention.” 🤔

Source: thegatewaypundit.com
Everything is boomeranging on Biden

‘Joe Biden deserves to be impeached’

Resign now: 52% want Biden out but fear worse under Harris

America will be united again.

People are witnessing the stark contrast between Trump (America first) and Biden (Globalist).

https://www.reddit.com/r/greatawakening/comments/97v4mg/these_people_are_sick_catholic_priest_hits_crying/
Man of God?
See something.
Say something.
PEOPLE must unite to clean out these old institutions.
Q

You have to sense the tension building, Q!

Imagine if we weren’t here.
While difficult, it is important to understand this must be done by the book.
Average people must be able to digest and accept [factually] events.
FISA lead-in [stage 1 act 1]
Bad actor(s) had to be removed.
Good actor(s) had to be installed.
Sleeper(s) had to be uncovered.
We are ready [think Barr public].
Q

Facebook plans to announce that it will de-emphasize political posts and current events content in the News Feed based on negative user feedback, Axios has learned. It also plans to expand tests to limit the amount of political content that people see in their News Feeds to more countries outside of the U.S.

Why it matters: The changes could reduce traffic to some news publishers, particularly companies that post a lot of political content.

8 thoughts on “People Must Digest & Accept Factual Events, People Must Unite To Clean Out The [DS] – Ep. 2566”