Trump and the patriots are now moving forward with the new economy, removing all the road blocks shifting the entire world from a [CB] system to a people driven economy. He is removing regulations, taxes, etc. to help the everyday person. Trump revealed that the new economic system is going to be incredible. The [DS] continues to push their event, this is failing. Trump and the patriots are preparing for a major operation. Trump started the narrative of a cure and the MSM will not acknowledge it. The pill will be hard to swallow, but when the patriots unseal the indictment much will be revealed. The patriots have been sending messages that the storm is upon us, prepare, it’s happening.

At @realDonaldTrump’s direction, we are moving Tax Day from April 15 to July 15. All taxpayers and businesses will have this additional time to file and make payments without interest or penalties.

NOTE – this is the filing day, not just the payment day – which is a notably positive shift.

Source: zerohedge.com
POTUS is right. The economy — and stock market — will come back “stronger than ever” once an antiviral and vaccine are found. The fastest bear market in history will be followed by the fastest bull market in history. And there will be a V-shaped snapback in GDP

The media is being very silent on Senator Feinstein for some reason.

So will Senator Feinstein step down and be prosecuted?

As we saw over the wkend, disinfo is being spread online about a supposed national lockdown and grounding flights. Be skeptical of rumors. Make sure you’re getting info from legitimate sources. The @WhiteHouse is holding daily briefings and @cdcgov is providing the latest. https://t.co/pgXR2Leqqy

“Trump allies say that, for the time being at least, his reelection hopes hinge almost entirely on his ability to manage the crisis.” https://t.co/9jV8sRBTzo

donald trump’s rant against @PeterAlexander reveals the extent of trump’s incompetence, insecurity, & juvenile petulance. He is not & never has been a leader. He is a national disgrace. https://t.co/YJ5F5EweaH

Today at the coronavirus presser the reporters kept asking about test, that people are not getting them, everyone needs to be tested. the question is why the push.

HRC tweeted out the samething

Where are the tests? https://t.co/VB9jeVwIfl

#FactsMatter “CGTN America” is registered as a foreign agent working under the direction of the Chinese Communist Party, buried in their FARA disclosure they also provide content to @CNN @Reuters and @AP #ChinaVirus https://t.co/uOHyXkjEDy https://t.co/tFnT9WhMmb pic.twitter.com/stmUYcYHAI 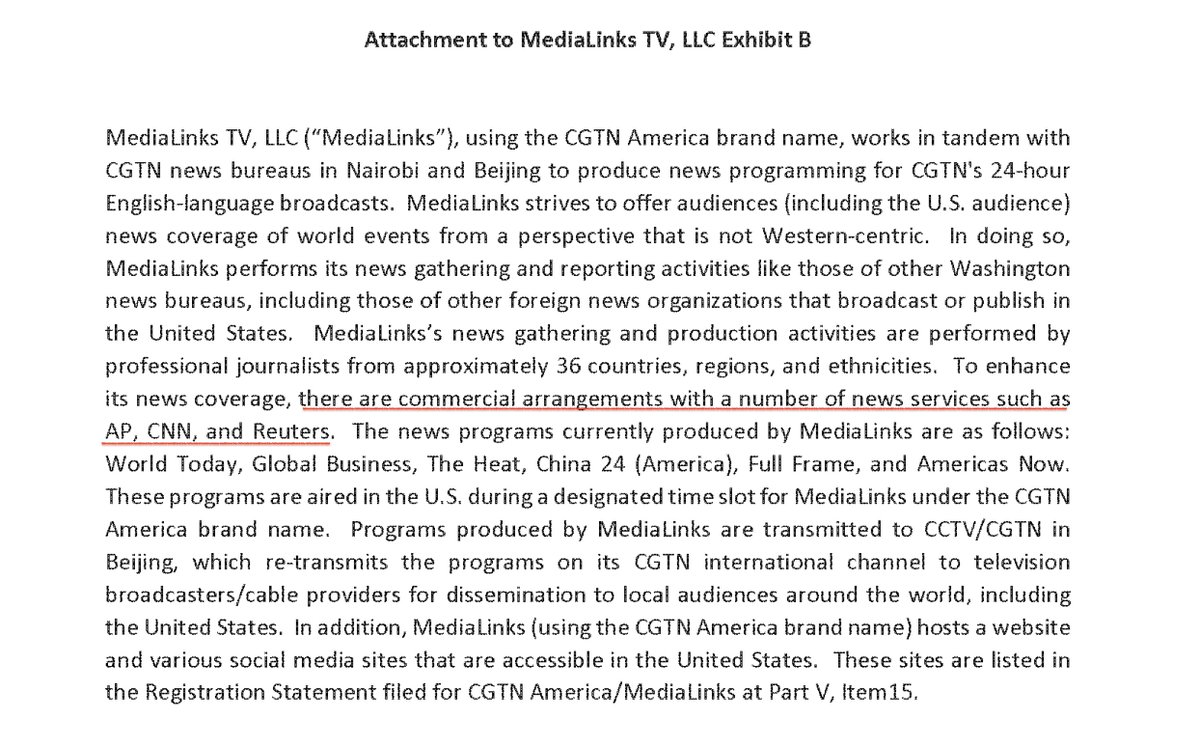 Yesterday Trump talked about a cure, this was the beginning of the narrative and the MSM was pushing back on it.

Delingpole: Chloroquine Known as Effective Against Coronavirus Since 2005

Remember anons, when you gather with frens, be sure to keep the party to less than 10.

Then Paul Sperry points something out which is very intersting

Just FYI, to clear up any confusion out there:

COVID-19 is the name of the DISEASE …

Trump waives FDA regulations, opening door for chloroquine and other drugs to be used for coronavirus therapy

Source: sott.net
This is from Trump

President Trump: Nothing Will Stand in Our Way 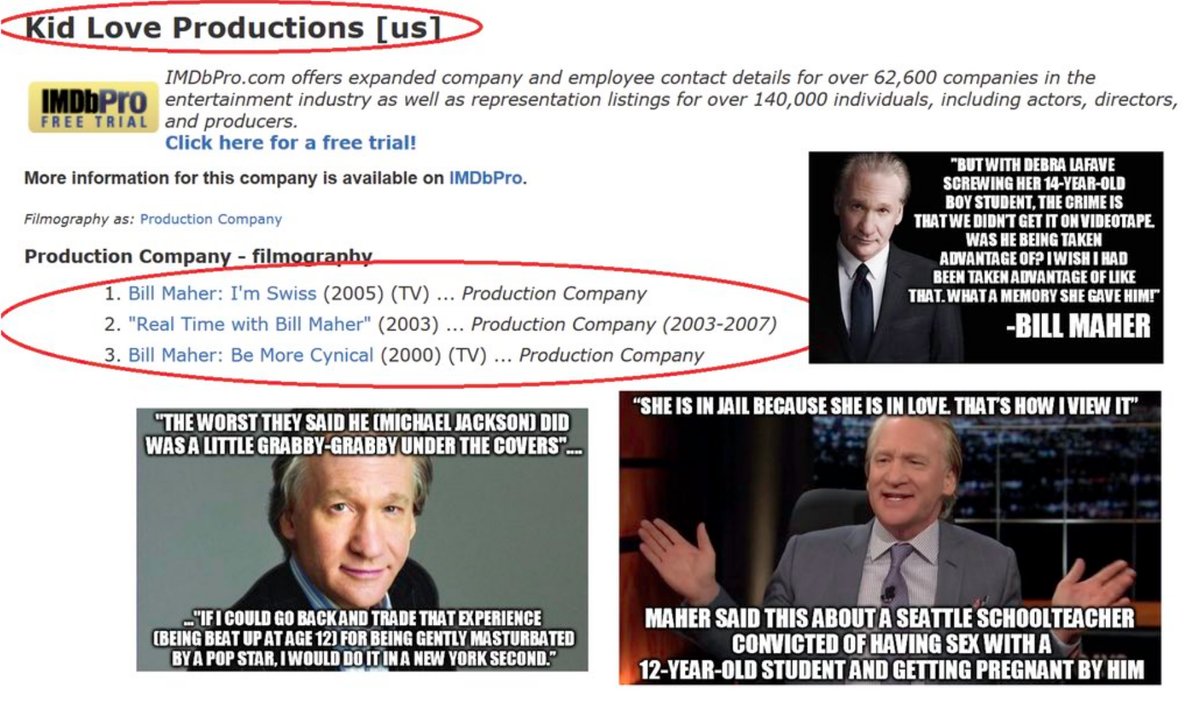 Sometimes the TRUTH is right in front of you.
https://www.breitbart.com/big-hollywood/2018/08/11/photos-surface-of-guardians-director-james-gunn-at-pedophilia-themed-party/

These people are SICK!
You people are a DISEASE.
We, THE PEOPLE, are the CURE.
Q 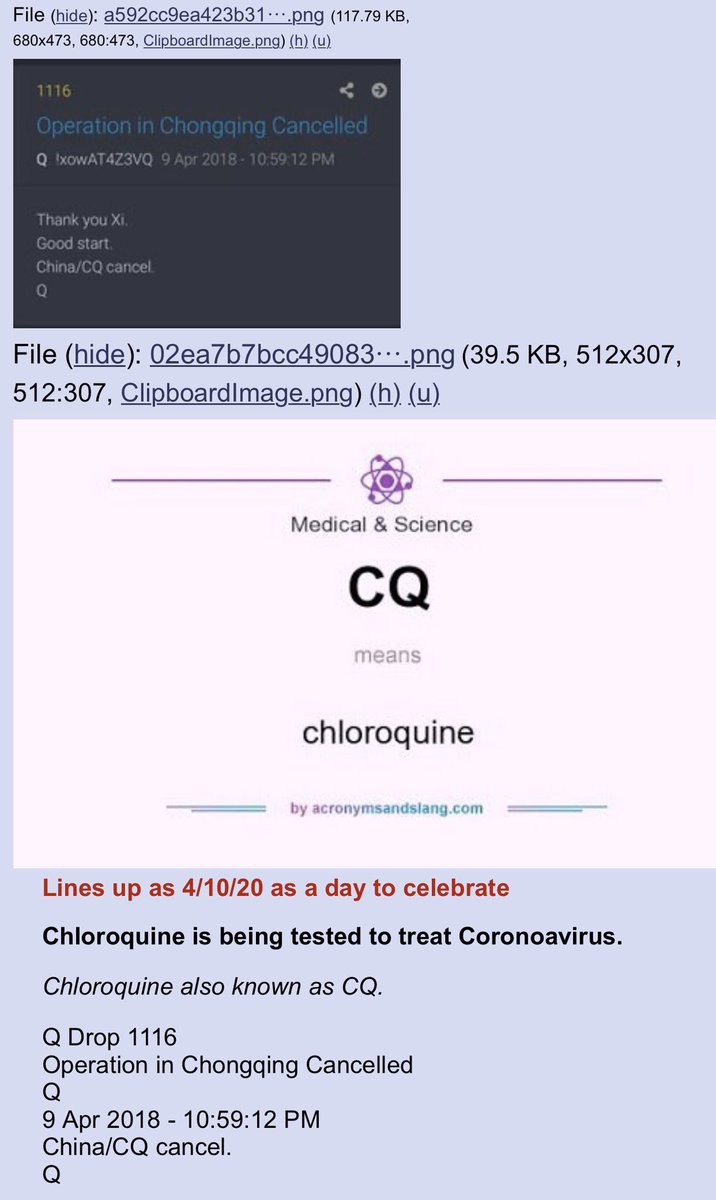 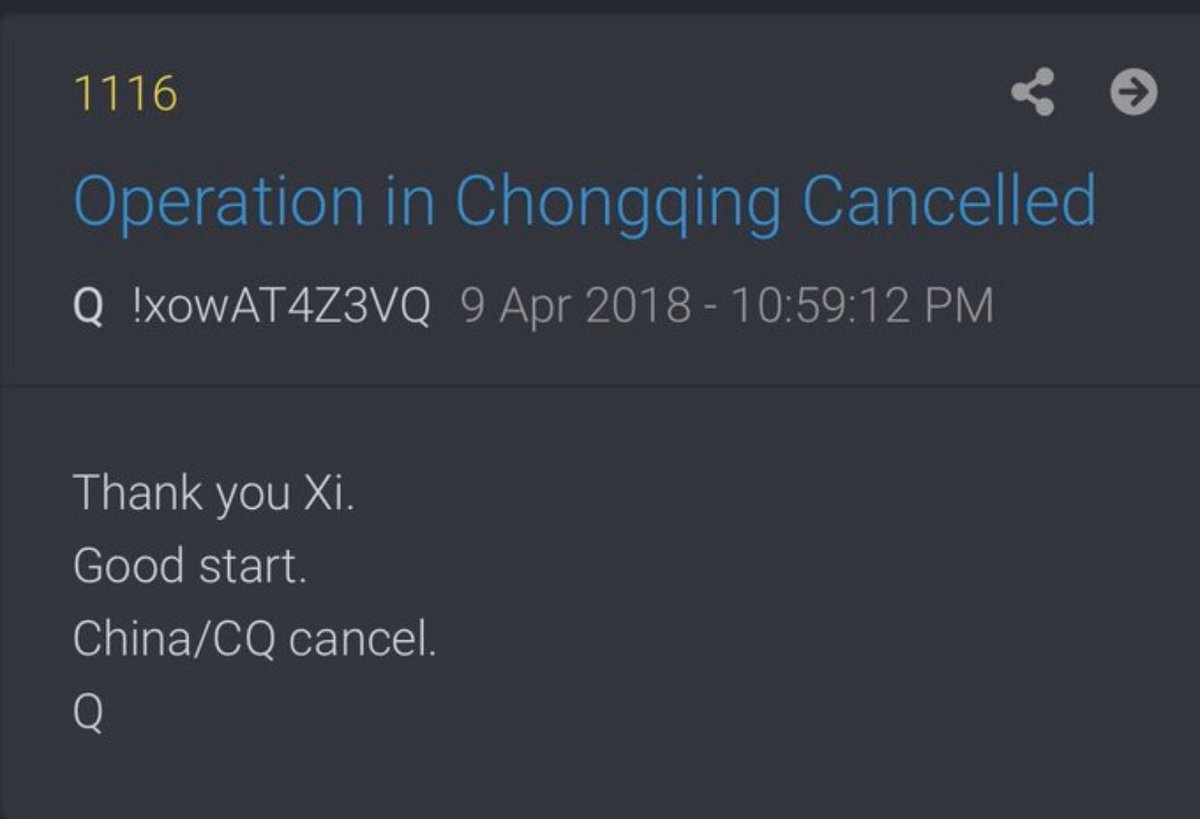 The Storm is upon us. pic.twitter.com/ZIdbMYw9F8 Travel Advisory: Level 4 – The Department of State advises U.S. citizens to avoid all international travel due to the global impact of #COVID19. In countries where commercial departure options remain available, U.S. citizens who live in the US should arrange for immediate return.

2/ U.S. citizens traveling abroad that do not wish to return should be prepared to remain abroad for an indefinite period. U.S. citizens who live abroad should avoid all international travel. https://travel.state.gov/content/travel/en/traveladvisories/ea/travel-advisory-alert-global-level-4-health-advisory-issue.html … https://twitter.com/TravelGov/status/1240723051374878722 …

Travel Advisory: Level 4 – The Department of State advises U.S. citizens to avoid all international travel due to the global impact of #COVID19. In countries where commercial departure options remain available, U.S. citizens who live in the US should arrange for immediate return. 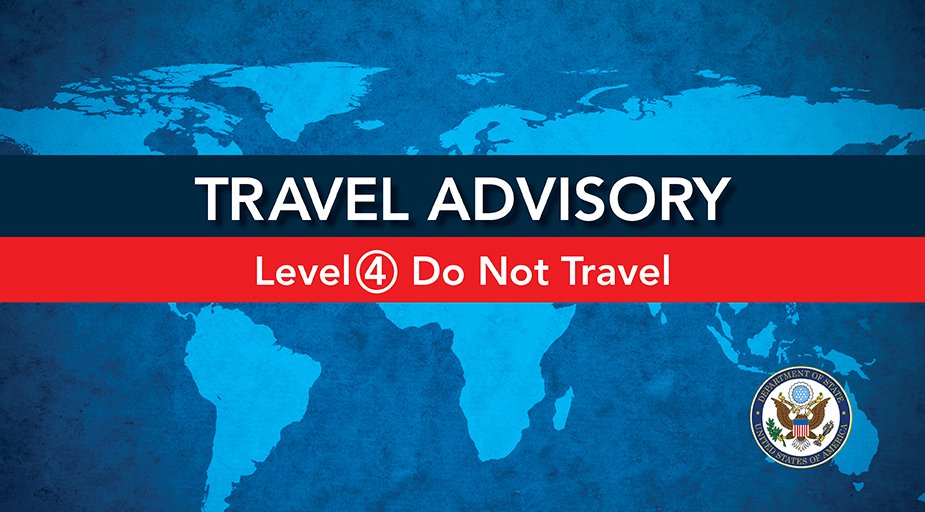 Message from POTUS to Operators

>>5800566
http://www.rachelchandler.us
How many ‘girls’ were waiting for their return to the boat?
Who owned the boat?
What does a ‘handler’ procure?
Is the ‘handler’ [one of many] connected to Epstein?
Flight logs reveal many hidden artifacts.
[RC]
Q 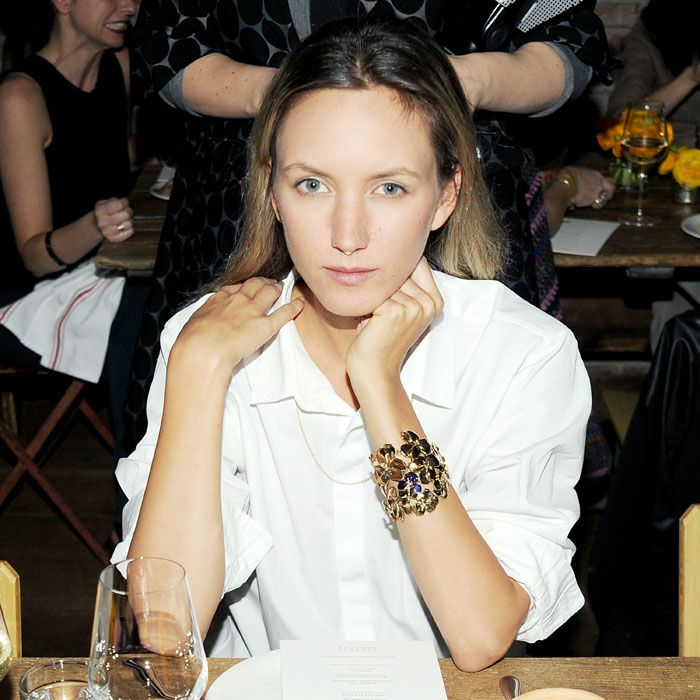 >>5801100
If the records become unsealed much will be revealed.
Watch the news for Rachel Chandler.
Q

Ivanka with a corn tweet.
Gloves on farmer has a skeleton pattern.
PAIN.
Corn ready to be cut?
23 – 3/23
PAIN? pic.twitter.com/xcsUFUci1F