The [CB]’s plan is not working, they have nothing left and they are completely exposed. With all the warning the economy has continued with strength not weakness. Gold is continually rising. Trump is going to help the farmers with the tariff money until the USMCA and other trade deals kick in. The Fed is now setting up for a rate cut. The [DS]/D’s/MSM they are now lashing out, screaming on social media, they know what is coming. They tried to push a Russian hoax today but it failed within 24 hours. The storm is here, prepare, it’s time to bring down the corrupt system, we are ready, we have more than we know, tick tock time is up.

IF OUR FORMALLY TARGETED FARMERS NEED ADDITIONAL AID UNTIL SUCH TIME AS THE TRADE DEALS WITH CHINA, MEXICO, CANADA AND OTHERS FULLY KICK IN, THAT AID WILL BE PROVIDED BY THE FEDERAL GOVERNMENT, PAID FOR OUT OF THE MASSIVE TARIFF MONEY COMING INTO THE USA!

Microsoft to invest $1.1 billion in Mexico over next five years: CEO https://reut.rs/39UUR4N 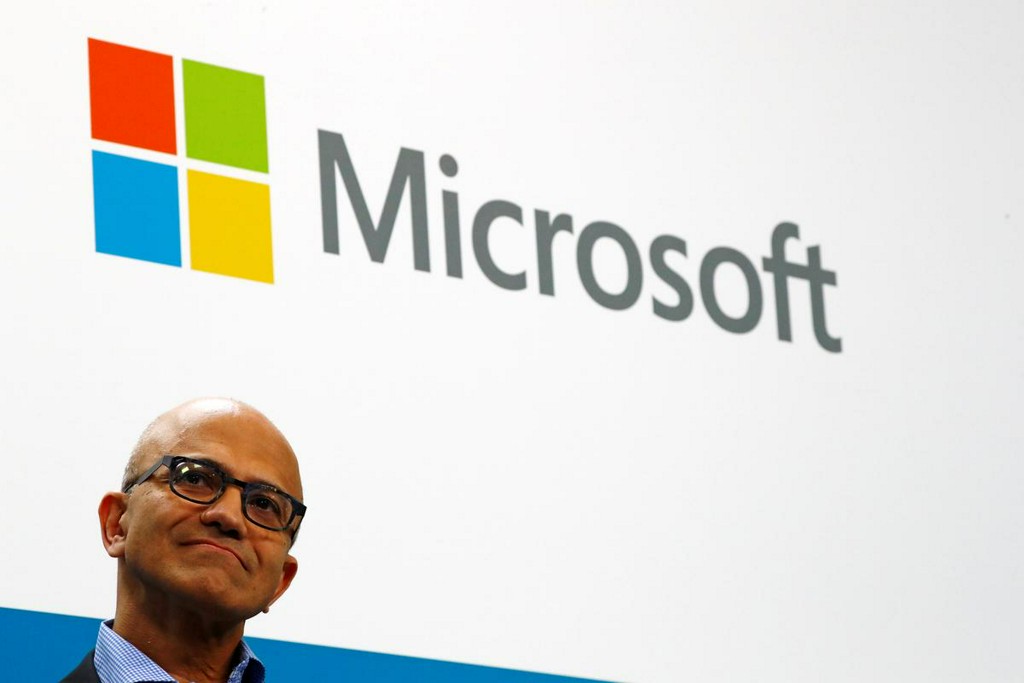 The Fed may be setting the table for 2020 rate cuts

Paul Sperry Tears Into Obama Wingman Eric Holder After Former AG Calls Him a “Loser” and Tells Him to “Shut the Hell Up” for His Reporting on Justice Dept.

The father of the Obama Democrat-donating prosecutor who let admitted perjurer Andrew McCabe off the hook happens to be partners with Eric Holder at the DC law firm of Covington & Burling. Did the former AG have something to do with McCabe getting off?

Where did we here that lawfirm name, oh thats right its Gen Flynn original law firm

This is a screaming red siren, but in the daily barrage of crazy, can we hear it?Trump is not only trying to rewrite history of Russia’s intervention in 2016, he is now using the power of the presidency to conceal their 2020 scheme to re-elect him.Dangerous! https://t.co/Fs5SCxL1yw

This is how we know they knew exactly what they were doing, lets go back to Feb 2018,

Now she’s attacking POTUS’s decision to appoint Ric Grenell as Acting DNI. So we know he is  the right man for the job

Lawmakers Are Warned That Russia Is Meddling to Re-elect Trump

Another misinformation campaign is being launched by Democrats in Congress saying that Russia prefers me to any of the Do Nothing Democrat candidates who still have been unable to, after two weeks, count their votes in Iowa. Hoax number 7!

4 days ago on 2/17/20, Q reposted this post…letting us know the 4 am memo was sent to the Deep State operatives and FakeNews to rachet up the “Russia Russia Russia” attacks on @realDonaldTrump

Since then, have you noticed the “Russia” theme? #qanon pic.twitter.com/M8Iymyk0t8

Let me add this one from yesterday that I retweeted as well pic.twitter.com/Q2nW558EWT

She revealed she had spoken to the FBI about what she had been told.

Ms Oxenberg, 57, first met Maxwell in the early 1990s and said she would never forget a conversation the pair once had in Maxwell’s home.

“We were alone,” she said. “She said many things. All creepy. Unorthodox. Strange. I could not believe whatever she was saying was real. Stuff like: ‘Jeffrey and I have everyone on videotape.’”…

Two people were arrested in the Sonoma County Superior Court in Northern California, one of whom was supposedly awaiting a hearing. This goes directly against Assembly Bill No.668, the law that Democratic Governor Gavin Newsom signed in October 2019.

ICE justified the arrests by saying that California’s law does not supersede federal law, which still grants immigration enforcement officers authority to arrest “removable aliens inside the United States.”

U.S. says preparing to sign deal with Taliban on February 29

After decades of conflict, we have come to an understanding with the Taliban on a significant reduction in violence across #Afghanistan. This is an important step on a long road to peace, and I call on all Afghans to seize this opportunity. 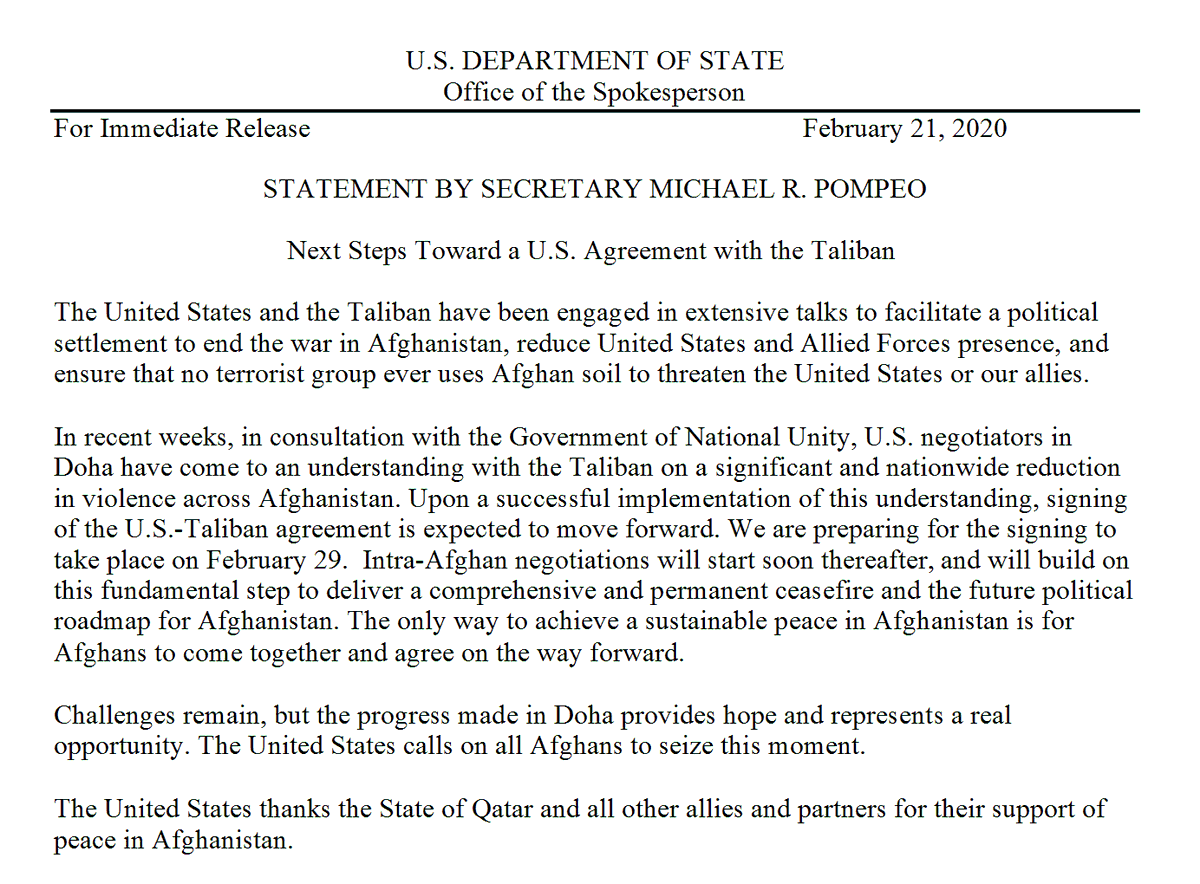 4. [DS] players will push for another impeachment or congressional investigation

Will Trump and the patriots let this happen, it doesn’t look that way, this is why trump has been tweeting justice so many times.  Time is up, the storm is here.

The puzzle is coming together.
Q

So Q told us to remember Kash Patel for a reason, he helped write the Nunes memo, the FISA Abuse. Nancy Pelosi wanted him removed as the House intelligence chairman.

TOGETHER You Are Invincible

An Anon told Q that is was already noted.

Missed heaps of other shit but got this

Kash Patel joined the National Security Council in Feb 2019.
Kash Patel was Devin Nunes aid and helped write the nunes memo. Nunes memo turned out to be factually accurate after the IG report on Crossfire Hurricane was released.  and Schiff was not.

What’s Johnny McEntee mission, most likely his task is to remove the rest of the swamp and bring in patriots.

Grennell is only an acting DNI head, Trump is looking for a permanent one, he has a list, some say Doug Collins on the list but Doug collins does not want the job,

Once Flynn is set free maybe Trump will give the job, he does know where all the bodies are buried.

Four great candidates are under consideration at DNI. Decision within next few weeks!

Prepare for the Storm Anons

Prepare for the storm.
Q

The storm is imminent. We ARE United, We have more than we know, We Are ready! 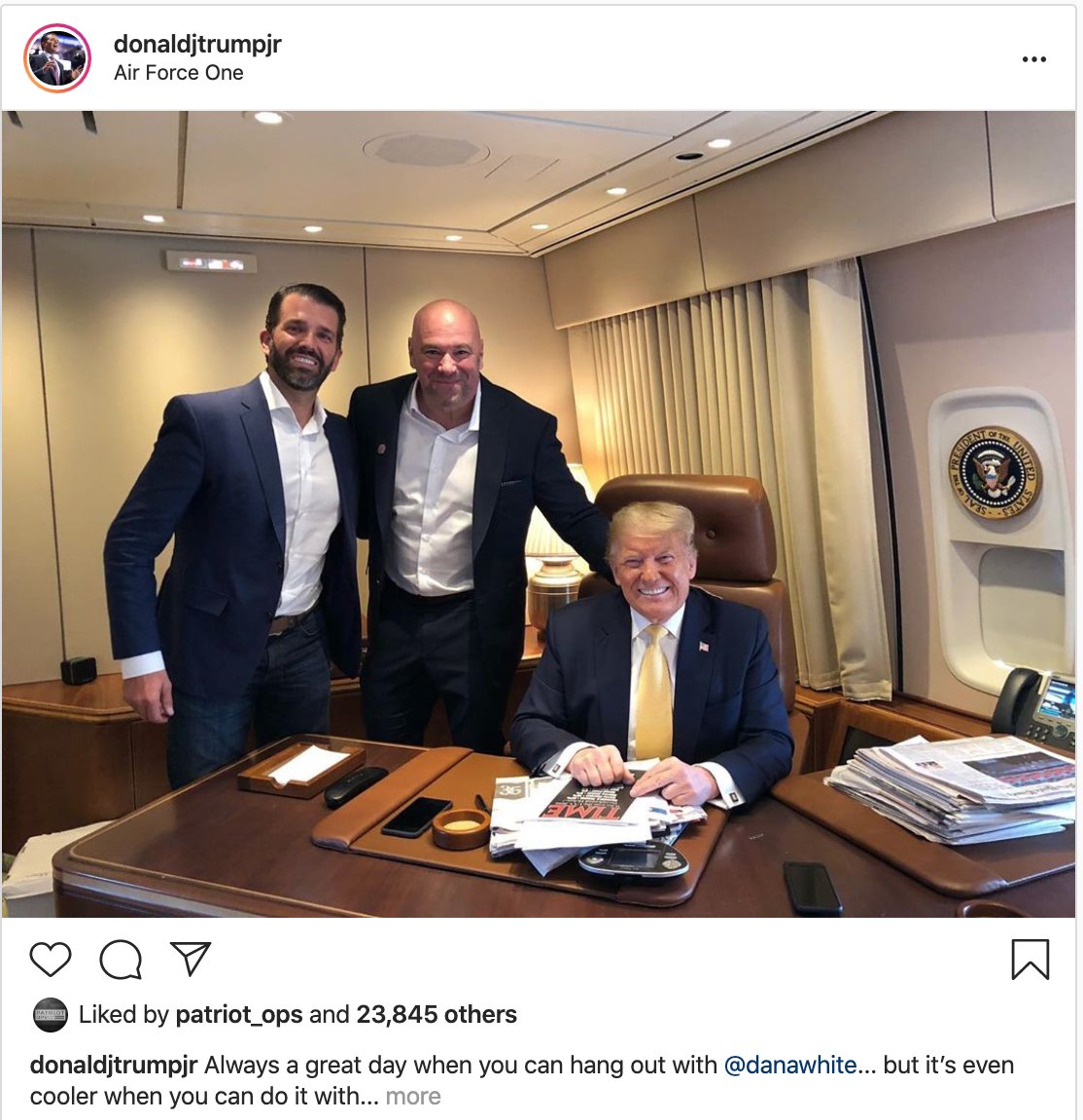 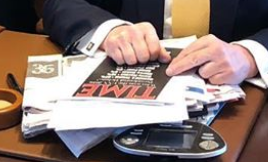 “We should Impeach Him….Impeach Obama… We Caught Him in a Lie!” – President Trump Goes Off on Obama For Serial Lying on Obamacare (Video)

“We should impeach him….impeach Obama…we caught him in a lie…caught him 28 times, at least…” #QAnon