Ep 2945b – Release Of Twitter Files Is Just The Warmup Act,Declass, Pain,Treason,Sedition,Justice The [WEF] is moving forward with their plan, as they do it is going to backfire on them. John Kerry wants the American taxpayer to pay for other countries climate. Elon comes out and points the finger at the Fed. The Twitter files are being released, the public is starting to see the infiltration, this is the open act. The people must be told the truth slowly so they can digest the information. Once the public digests the information the other facts with documents will be released. The [DS] is feeling pain every step of the way. They [DS] panic is real and they might try to shut down communications. This will not work, Trump and the patriots have all the leverage. Nothing can stop this, nothing.

If the Fed raises rates again next week, the recession will be greatly amplified

“I was led to believe that things were moving in the right direction, and that the governments were negotiating and that something would happen fairly soon,” Whelan continued.

Twitter is working on a software update that will show your true account status, so you know clearly if you’ve been shadowbanned, the reason why and how to appeal

Elon Musk responded to Schiff and called him out for his lies.

“False, hate speech impressions are actually down by 1/3 for Twitter now vs prior acquisition,” Musk said.

Adam Schiff was fact-checked after Elon Musk called him out. 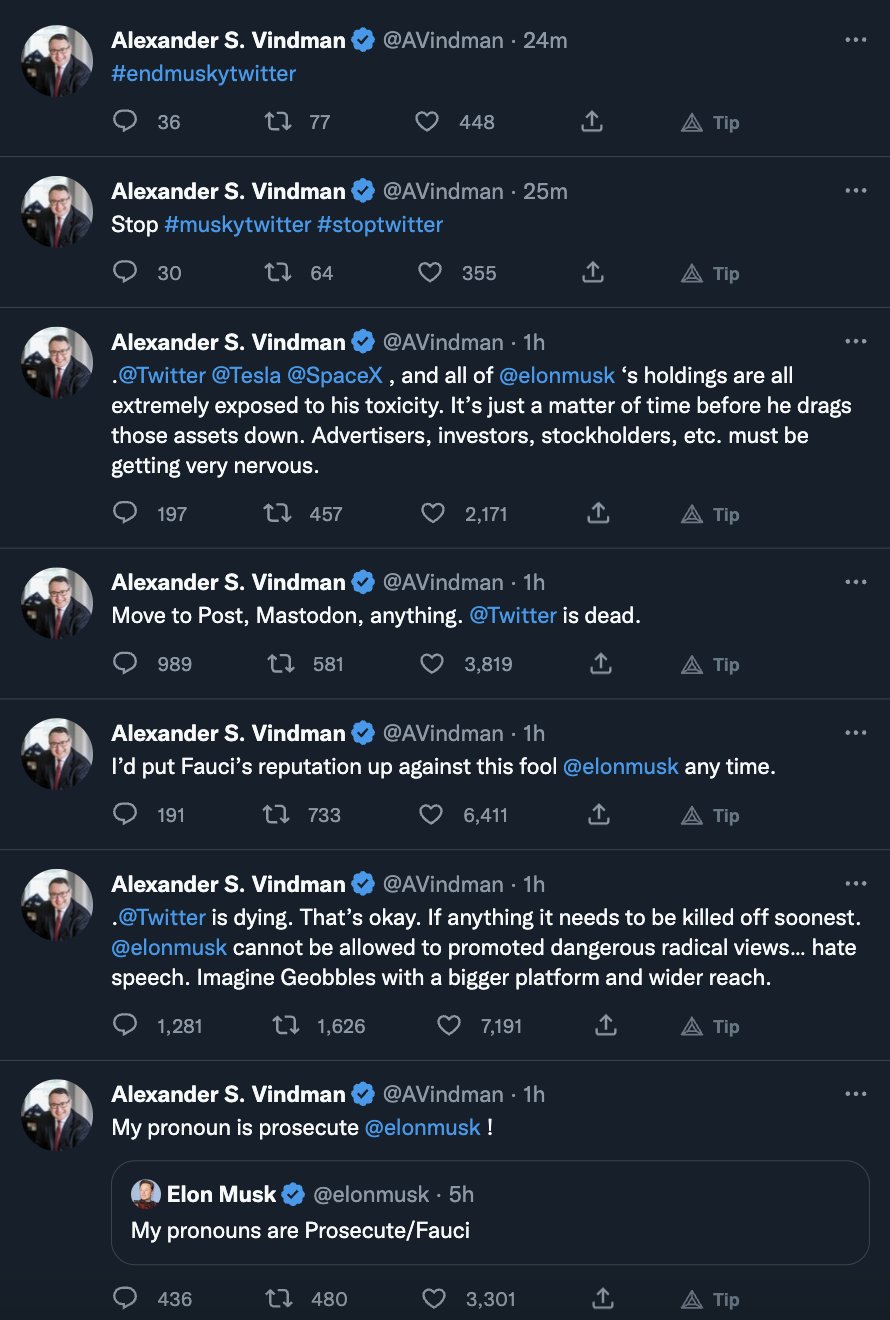 And he also fired a tweet out on his former top censor Vijaya Gadde who openly lied to the public while she was censoring conservatives.

The Removal of Donald Trump: January 7

As the pressure builds, Twitter executives build the case for a permanent ban

– seek a change of policy for Trump alone, distinct from other political leaders

This #TwitterFiles is reported with @lwoodhouse

For those catching up, please see:

Part 1, where @mtaibbi documents how senior Twitter executives violated their own policies to prevent the spread of accurate information about Hunter Biden’s laptop; 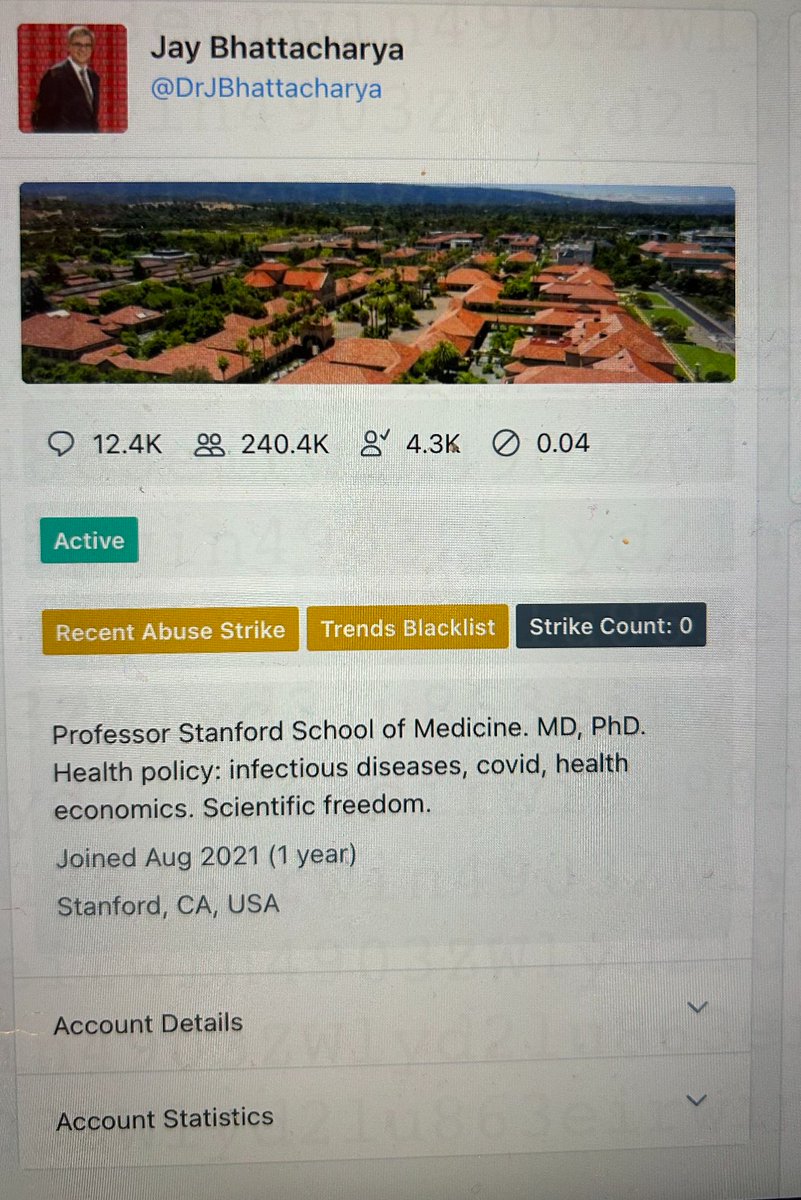 Or consider the popular right-wing talk show host, Dan Bongino (@dbongino), who at one point was slapped with a “Search Blacklist.” 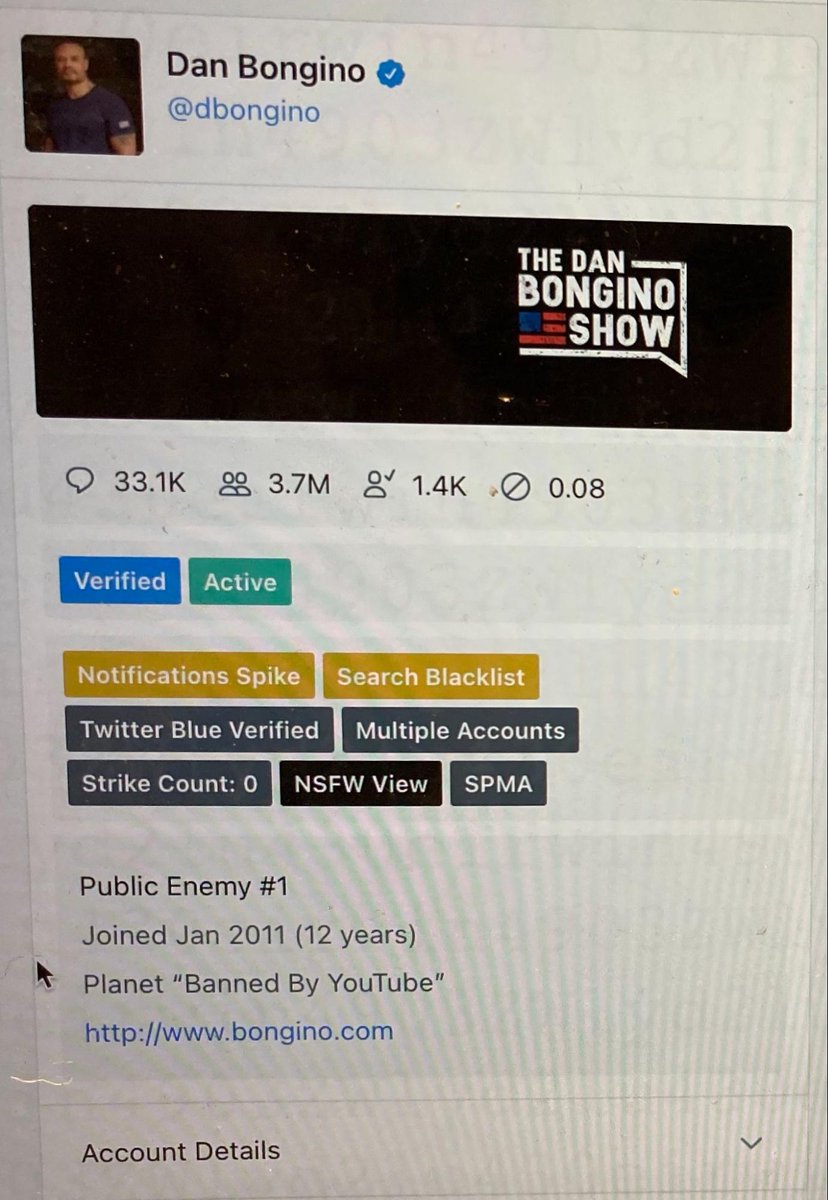 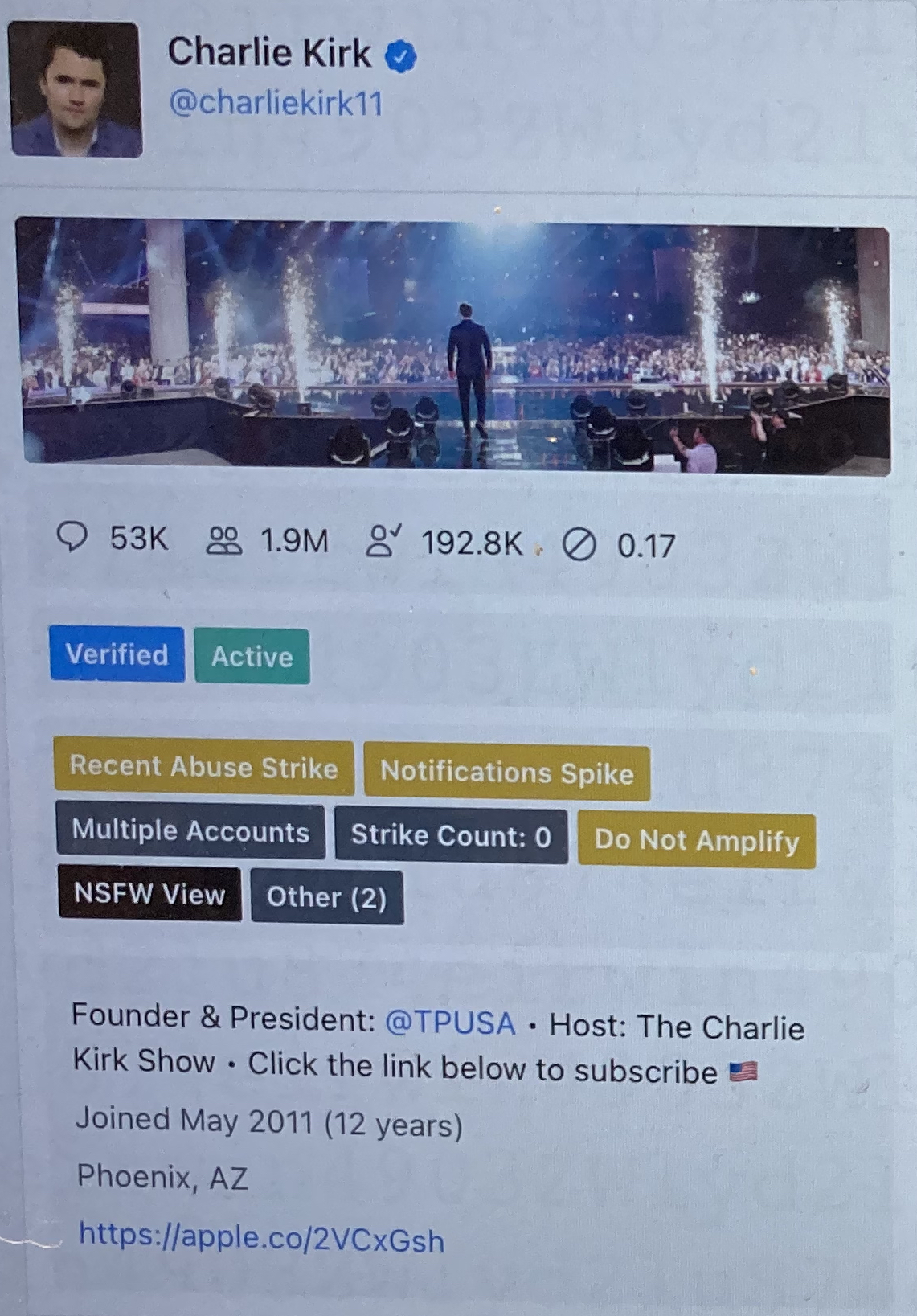 And Part 3, where @mtaibbi documents how senior Twitter execs censored tweets by Trump in the run-up to the Nov 2020 election while regularly engaging with representatives of U.S. government law enforcement agencies.

For years, Twitter had resisted calls to ban Trump.

“Blocking a world leader from Twitter,” it wrote in 2018, “would hide important info… [and] hamper necessary discussion around their words and actions.”

But after the events of Jan 6, the internal and external pressure on Twitter CEO @jack grows. 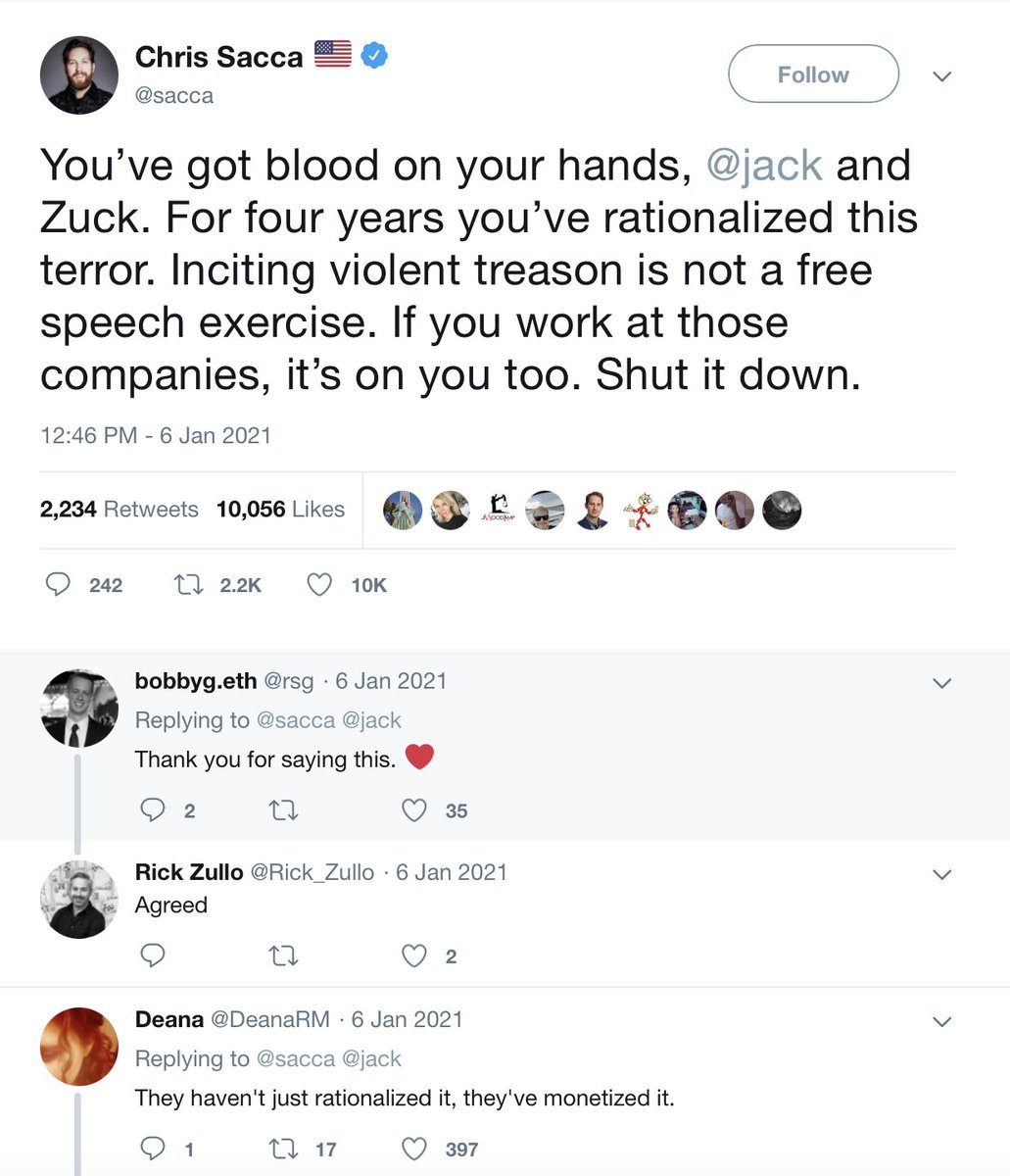 The employee notes, later in the day, “And Will Oremus noticed the inconsistency too…,” linking to an article for OneZero at Medium called, “Facebook Chucked Its Own Rulebook to Ban Trump.”

Facebook Chucked Its Own Rulebook to Ban TrumpThe move is a reminder of social platforms’ power over online speech — and the inconsistency with which they wield ithttps://onezero.medium.com/facebook-chucked-its-own-rulebook-to-ban-trump-ecc036947f5d
“The underlying problem,” writes @WillOremus , is that “the dominant platforms have always been loath to own up to their subjectivity, because it highlights the extraordinary, unfettered power they wield over the global public square…

“… and places the responsibility for that power on their own shoulders… So they hide behind an ever-changing rulebook, alternately pointing to it when it’s convenient and shoving it under the nearest rug when it isn’t.”

Facebook Chucked Its Own Rulebook to Ban TrumpThe move is a reminder of social platforms’ power over online speech — and the inconsistency with which they wield ithttps://onezero.medium.com/facebook-chucked-its-own-rulebook-to-ban-trump-ecc036947f5d

“Facebook’s suspension of Trump now puts Twitter in an awkward position. If Trump does indeed return to Twitter, the pressure on Twitter will ramp up to find a pretext on which to ban him as well.”

Indeed. And as @bariweiss will show tomorrow, that’s exactly what happened. 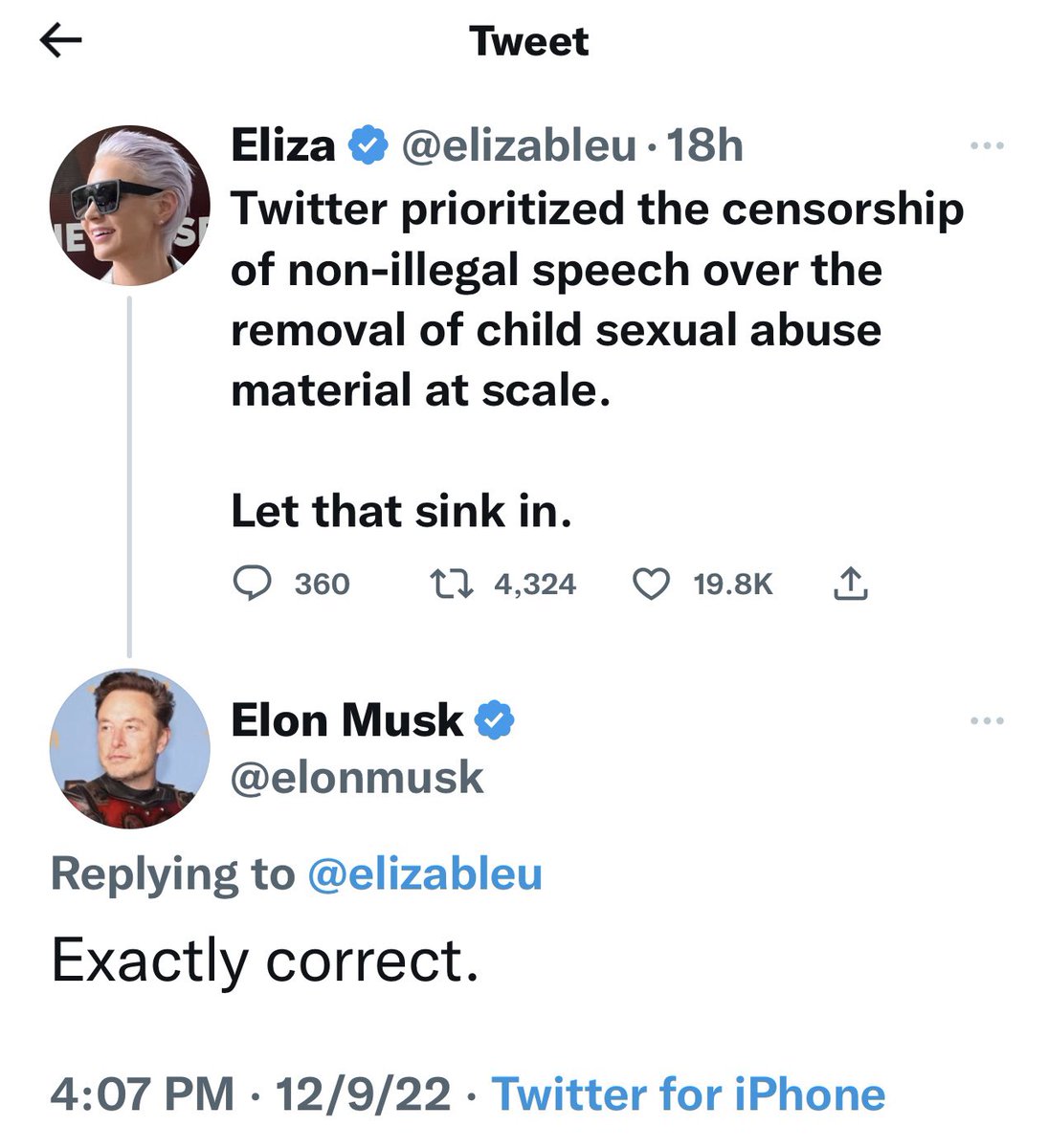 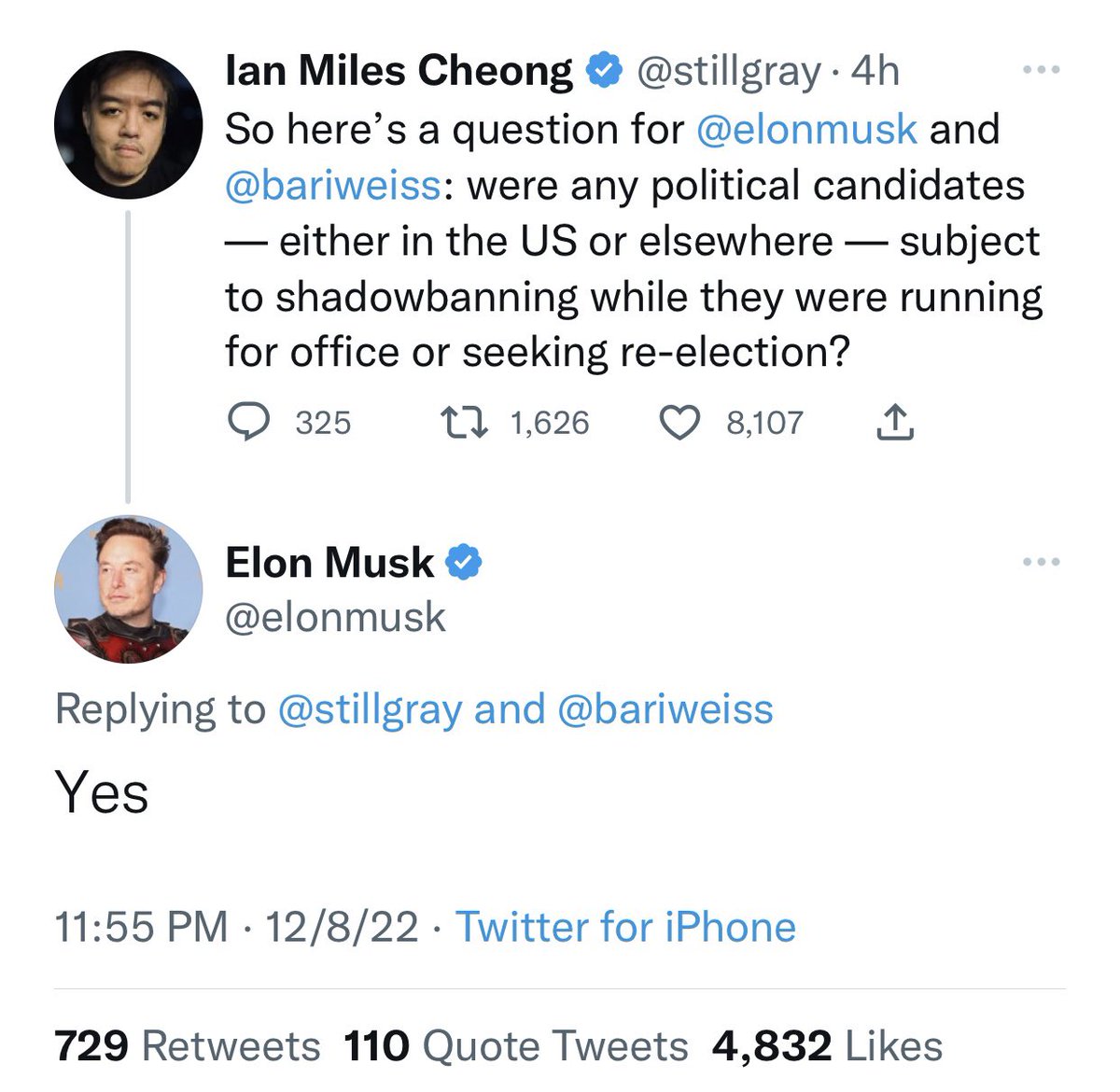 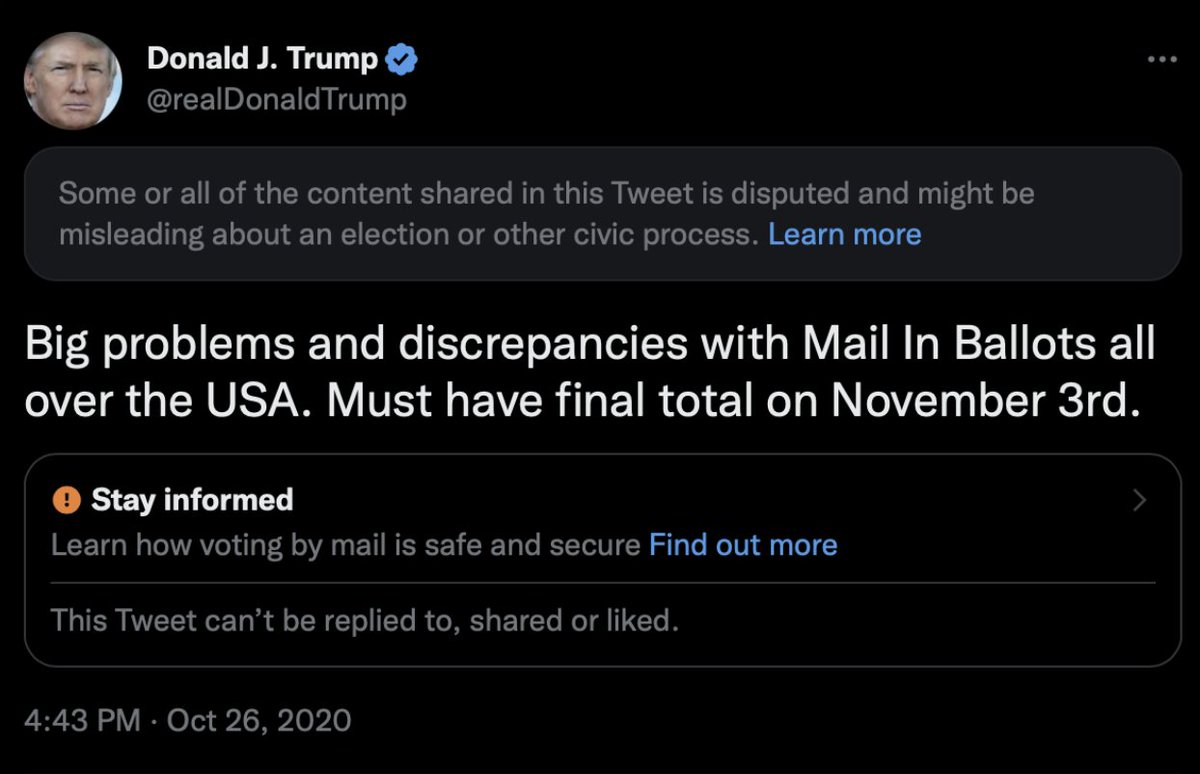 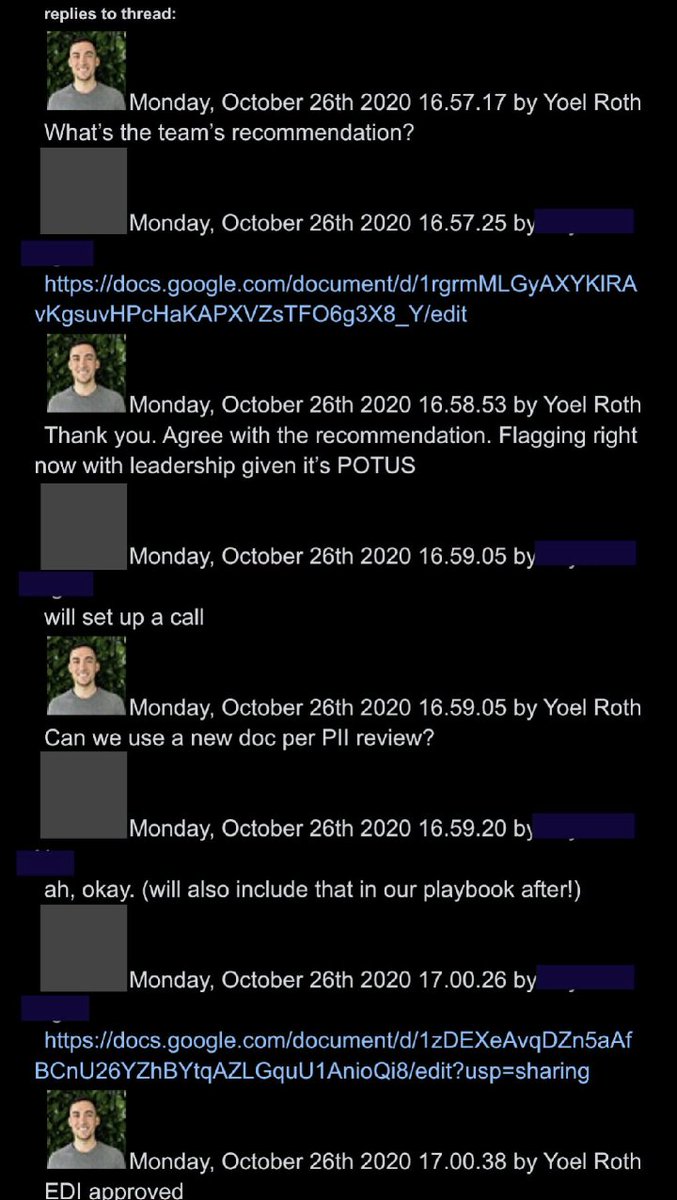 Twitter isn’t using Perkins Coie. No company should use them until they make amends for Sussman’s attempt to corrupt a Presidential election.

Twitter is both a social media company and a crime scene

The bots are in for a surprise tomorrow

Cool, the bots are so far unable to swarm to the top of my replies!

1) Twitter execs were regularly meeting with FBI over what to censor.

2) Twitter's censorship was almost 100% aligned with the Dem Party.

3) Twitter's chief censors were deranged ideologues abusing their power over our discourse to silence dissent. https://t.co/G6fHfgLHtU

So the question is, is DHS is in the background of Twitter ?

So what is happening here, Elon is the opening act, the normies need to be brought into the fold, they needed to see  the following

We are witnessing the opening act, the normies will take what elon has provided  and will now see how all of this connects to the declassified documents. Well known names will be attached to these actions, some are serving in DC right now.

Oh it is coming bigtime …

Arizona Senator Kyrsten Sinema Changes Political Status to “Independent”, But the Senate Dynamic Will Not Change Maricopa County officials also permitted the counting of tens of thousands of mail-in and drop-box ballots that did not satisfy signature verification requirements.

Here is an example of a certified signature on an Arizona mail-in ballot from the filing.

They even got screenshots of text messages between IT workers hired by Maricopa County to fix election day problems. “Witnesses who were present…show hundreds of thousands of illegal ballots infected the election in Maricopa County.” pic.twitter.com/D4e4KAghRM

Download this from my media section and blast it please.