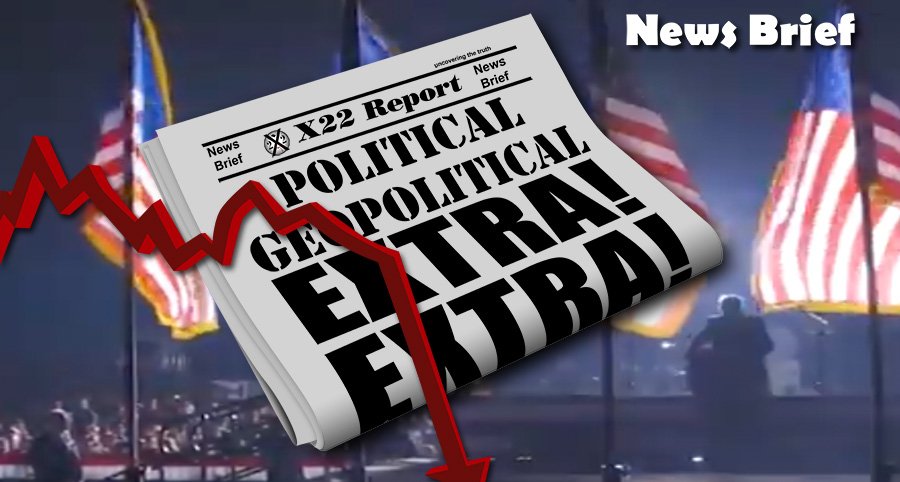 Ep 2586b – This Is Not Another 4 Year Election, This About Exposing & Destroying The [DS] System Ep 2586a – The [CB] Can Only Go In One Direction, The Path The Patriots Created
The economy is degrading fast, the [CB] are trapped and have no way out of this. They are pushing their plan as quickly as they can, the people are watching it all unfold. At each phase of the [CB] economic plan people see the truth. Parts of AZ forensic audit were released, it showed fraud and the coverup. Dominion was put in the spotlight showing that their system are not secure, and they are connected to the internet. On top this those who were handling the election went into the system and deleted data. The AZ audit is not yet finished, there additional reports that are going to be released. This is not about another 4 year election, this is about exposing the [DS] system and destroying it and returning the control of the elections and this country back to the people. The [DS] will fight back, those who covered up the fraud will most likely lie, when all else fails, the military will be the only way forward.

A provision in the 2022 National Defense Authorization Act would allow military courts to issue protective orders that include “Red Flag” gun confiscation, according to the more than 1,300-page bill.

In the legislation, those beholden to the United States Code of Military Justice could be issued a “military court protective order” by a military judge or magistrate, which would make “possessing, receiving, or otherwise accessing a firearm” illegal.

Additionally, military court protective orders issued on an emergency basis are exempted from providing the recipient with the standard “right to due process.” Instead, “notice and opportunity to be heard” must only be provided after an order was already issued.

If Nancy Pelosi gets this into the military code, then it becomes the “precedent” for enforcing gun confiscation against the rest of the population.

As scores of Proud Boys made their way, chanting and shouting, toward the Capitol on Jan. 6, one member of the far-right group was busy texting a real-time account of the march.

The recipient was his F.B.I. handler.

After meeting his fellow Proud Boys at the Washington Monument that morning, the informant described his path to the Capitol grounds where he saw barriers knocked down and Trump supporters streaming into the building, the records show. At one point, his handler appeared not to grasp that the building had been breached, the records show, and asked the informant to keep him in the loop — especially if there was any violence…

But the records, and information from two people familiar with the matter, suggest that federal law enforcement had a far greater visibility into the assault on the Capitol, even as it was taking place, than was previously known.

At the same time, the new information is likely to complicate the government’s efforts to prove the high-profile conspiracy charges it has brought against several members of the Proud Boys.

A yet unidentified man was carried off on a stretcher at the Capitol riot after a fall of 3x-4x his height off a staircase. I slowed down four different angles of video, and it appears that he was pushed by a US Capitol police officer in a motorcycle helmet. pic.twitter.com/TWXbGymqG7 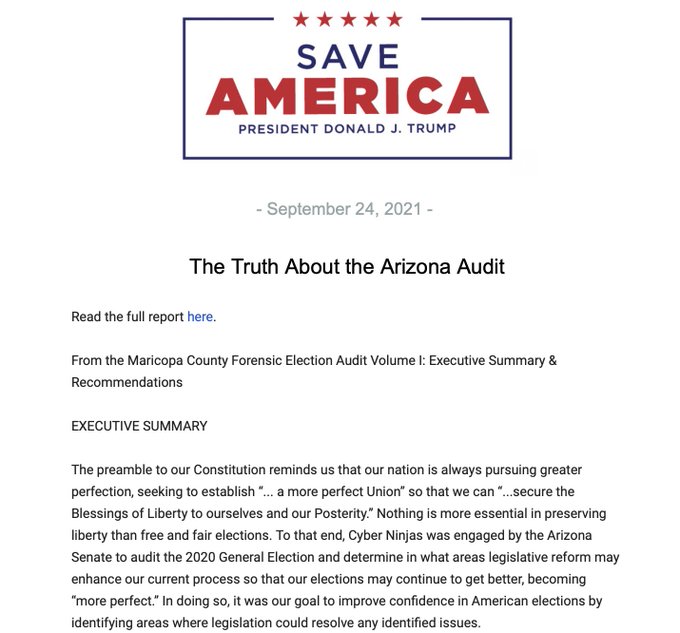 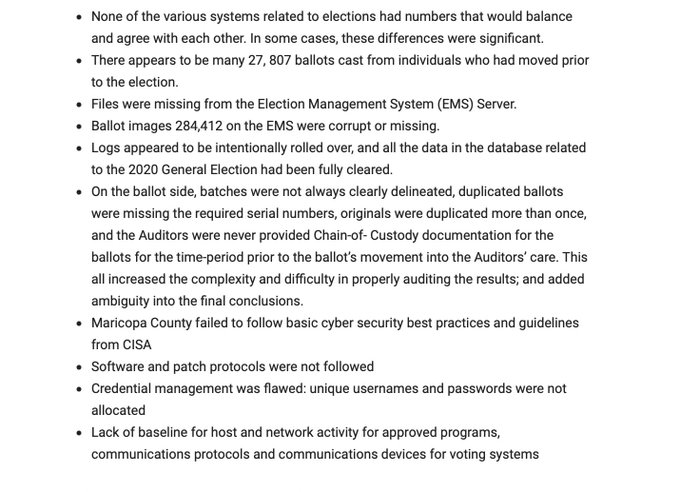 Think about Dominion, Think about those people in AZ who deleted information, held back the routers and the splunk logs, said the system were not connected to the internet. The credibility of dominion is deteriorating, the people are seeing the system of fraud being exposed.

There’s this window of opportunity, this key moment in history, that if we don’t stand up now and protect the Constitution and rule of law, we’ll never get it back. https://t.co/jzD39Yxr4M

The issue with thin ballot paper and bleed through is that it often causes ballots to be rejected by tabulation machines. When it’s rejected, a ballot is sent to adjudication.

When a ballot is sent to adjudication, a human must decide the intent of the voter. The one performing adjudication has an opportunity to negate the voter’s intended selections.

At the beginning of October, some of the satellite communications responsibilities of the @USArmy and @USNavy will officially transfer to the hands of @SpaceForceDoD. Visit https://t.co/xGi9c3lmSE to learn more about the upcoming transition.

13 empty seats at the #TrumpRally to honor the brave Americans who died in Kabul pic.twitter.com/kE9gLJXPxL

The Russia, Russia, Russia hoax was indeed a total scam made up Crooked Hillary Clinton and the Democrats.  How would you like to have her as your wife?

Donald Trump gives remarks at a rally on Saturday in Georgia: “They want to go after me because I have, they think, a big mouth. I don’t have a big mouth, you know what I have, I have a mouth that tells the truth.” #TrumpRally pic.twitter.com/jpKLDcdlOo

This is not about another 4 year election, this is about exposing and destroying the [DS] system. The [DS] is complex, those who control the system do not want you see it, they use the fake news to control what is seen and heard.

1. The system of fraud must be exposed to the people

2. People must understand how the [DS] committed the fraud

3. People need to understand that this wasn’t in one county, one state, it was wide spread and coordinated

4. Think about the timing of Trump’s letters to GA and TX

5.  People need to see how foreign  governments were involved in the election fraud

6. People must see how the people who have said that there is no election fraud, lie and cover up their crimes,  this is what is playing out right now in AZ

.@WendyRogersAZ @SonnyBorrelli @RealMarkFinchem there must be a lot of nervous, guilty people in Arizona who took part in the corrupt 2020 election who are ready to start “singing.”
Who can they safely contact to help with the investigation and come clean?

7. Each step of the way the fake news will spin the story

8. The AZ AG job is to investigate and present the crime and bring charges against those who committed the crime, the people must see this, will AG do his job?

9. The forensic Audit is not about counting the same fraudulent votes, its about exposing the system of fraud to We The People

10. Once the people see it and understand that the system is controlled the people can then demand change.

12.  Will the FBI, DOJ, SC etc, get involved in the end once all the evidence is presented, will each state decertify the election in the end?

13  Remember We are at war, the [DS] will fight back, remember they are fighting for their lives, to protect their system of control

14. If the Rule of law is not followed, there is only one way, the military