Ep 2587b – Patriots Must Play Every Card In The Deck, When Do You Play The Trump Card? Ep 2587a – [CB] Has Set Their Agenda In Motion, What Happens If The Patriots Know The Playbook?

The Biden administration is in trouble, they are now issuing memo to show the people that people support the Biden administration infrastructure plan. The Fed Presidents are now resigning, structure change is coming. The [CB] is moving their plan forward, but what happens when the playbook is known. The [DS] is preparing for zero day, they know the pattern of fraud is going to be revealed and they will everything in the power to stop it. The [DS] lied about the OSHA rules, there are none, business do not have to follow what the administration is saying. The pandemic is crumbling apart right in front of them and they know they will need to push fear to get the people to do what they want. Gov shutdown is coming and they say it will effect covid care. Trump puts out a statement letting the patriots know they have to play all the cards in the deck, before the Trump card can be played.

Instead of wasting money on tax breaks, loopholes, and tax evasion for big corporations and the wealthy, we can make a once-in-a-generation investment in working America.

And it adds zero dollars to the national debt.

Gas prices in the UK could trigger food shortages within weeks

In an interview w/ @NewYorker, the author of “How to Blow up a Pipeline,” Andreas Malm, calls for eco activists to embrace violence: “I am in favor of destroying machines, property … and I think property can be destroyed in all manner of ways … such as blowing up a pipeline” pic.twitter.com/VFr8q4q9u9

Forestry student-turned-shaman, 30, faces nine years in jail for ‘starting California’s Fawn Fire’ that has burned 8,500 acres and destroyed 41 homes: DA suspects she could be ‘serial arsonist’

DHS Secretary Mayorkas States At Least 12,000 Haitian Migrants Have Recently Been Released into The U.S, Some Carrying COVID-19 Infections

ALERT: Pelosi is racing to pass the 2,465 page budget reconciliation bill that includes mass amnesty for illegals & abolishes annual green card caps to allow for unlimited future migration. Most drastic immigration rewrite in over half a century. Page 898: https://t.co/1CK89p0lZs https://t.co/2tBNaTsS5j 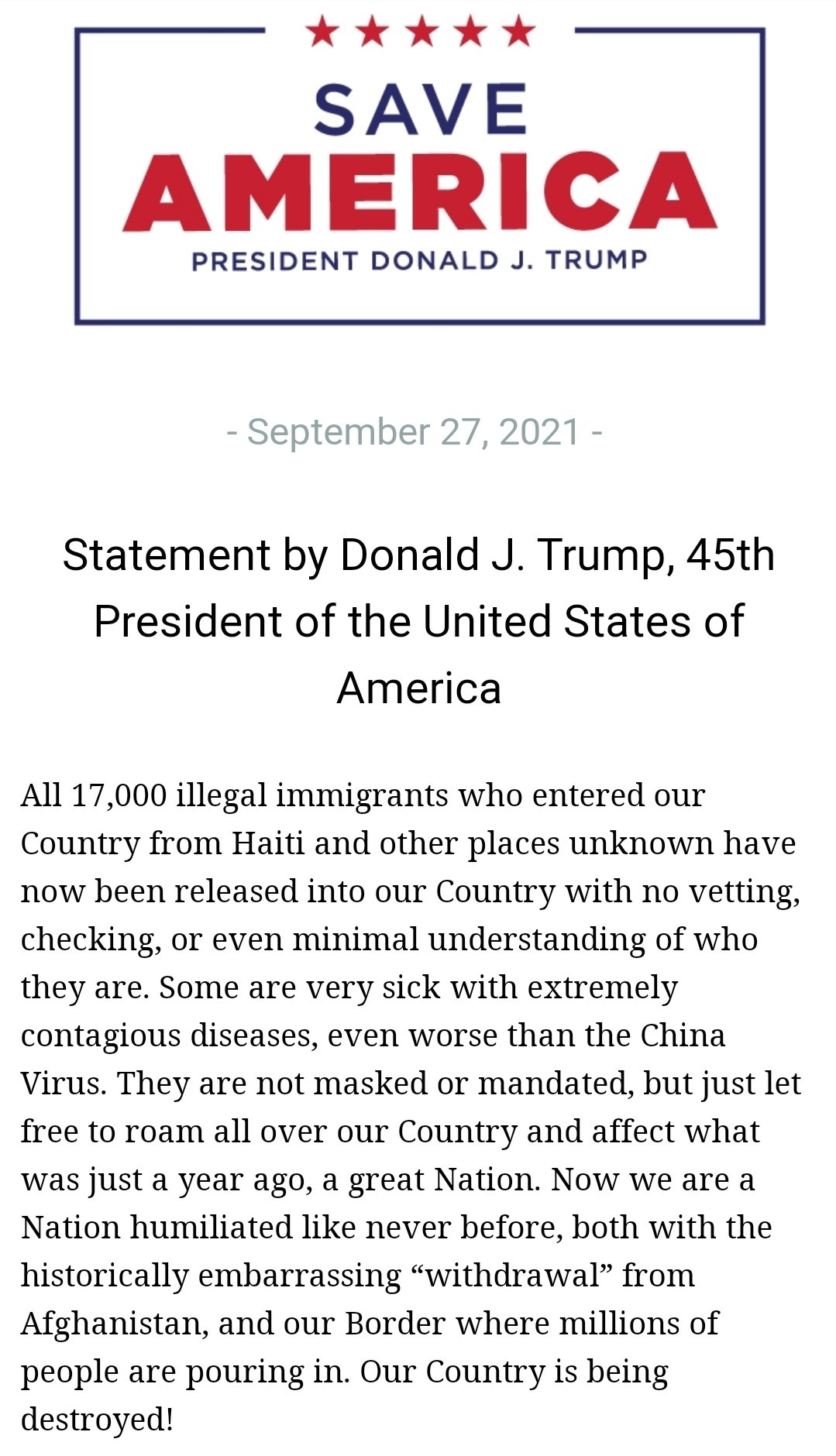 I am authorizing @FLSecofState and the Florida Department of State to open an investigation into Facebook’s alleged election interference through its whitelisting program.

Floridians deserve to know how much Big Tech has influenced our elections. pic.twitter.com/rmGmZ6BK6T

Guns are used defensively 2 million times per year. @JohnRLottJr found that America’s five largest newspapers published a combined total of 10 of these stories this year. Yet, these newspapers had a total of 2,764 stories of criminal activity. pic.twitter.com/3027I99VJB 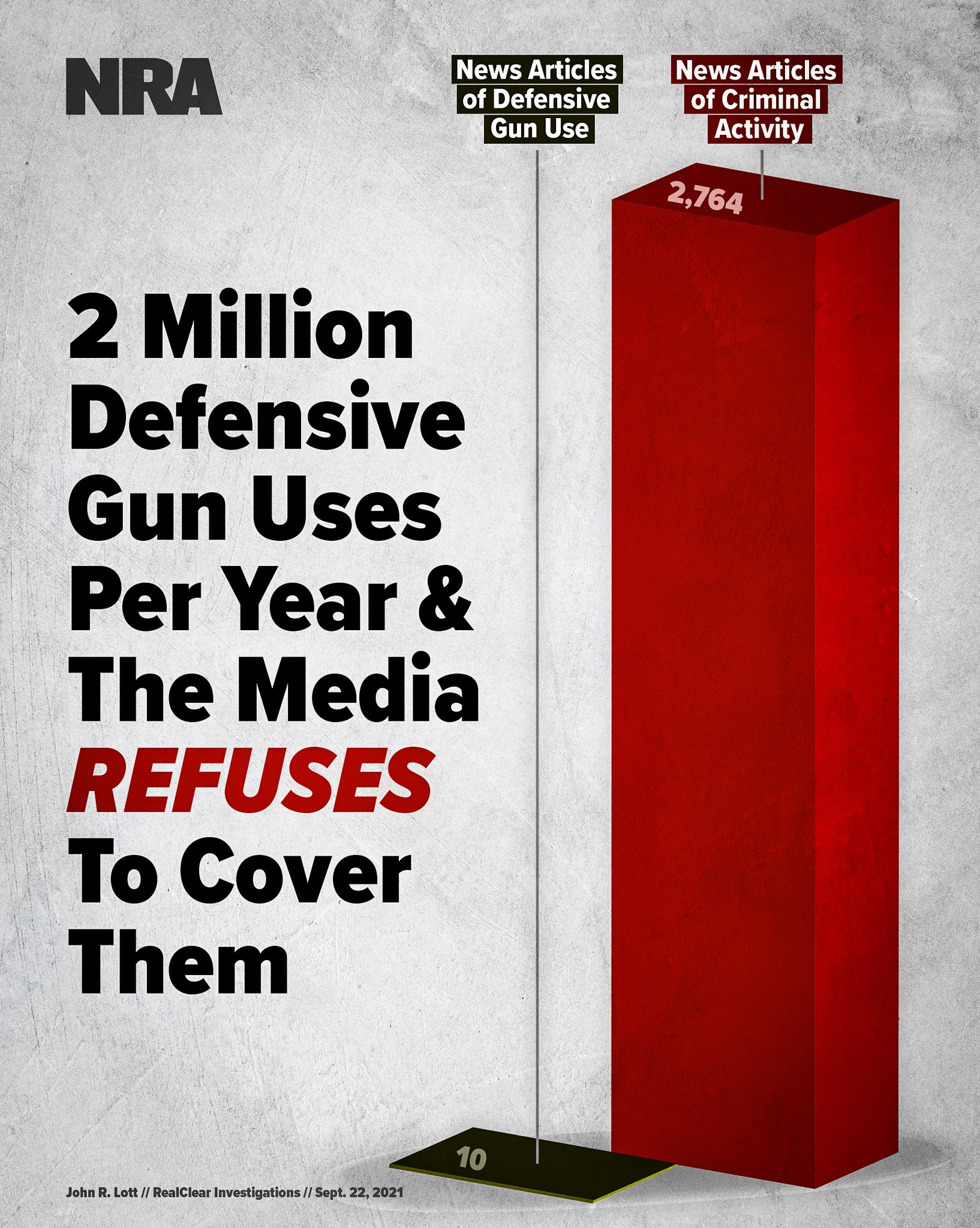 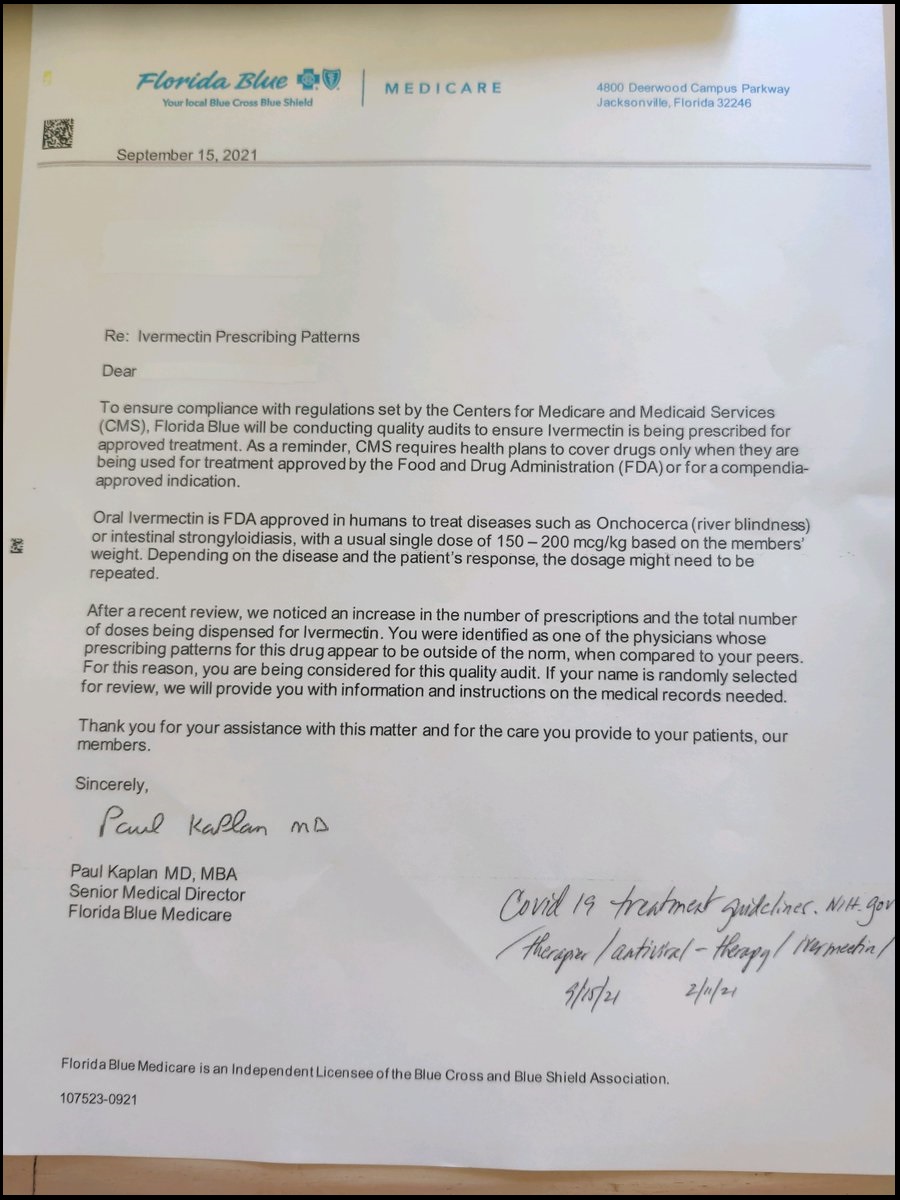 Checks notes:… **ahem** Jennifer Psaki just admitted the White House has no idea when, or even if, OSHA can ever generate legally enforceable rules needed for a nationwide vaccine mandate.

I’ll look for video. It was in first 10 mins of presser.

Biden said “you’re not gonna get COVID if u have these vaccinations.”

You can’t call COVID the most deadly pandemic to ever be known to mankind while simultaneously having an open border with zero health protocols.

Over 200 Business Owners File Federal Class Action Lawsuit Againt NYC Mayor: ‘This Will Be The First Domino’ To #EndCovidTyranny Nationwide

Legal experts say protests against vaccine mandates are being fueled by a pseudo legal ideology that has ties to white supremacy and extremist groups. https://t.co/1RFJaBz9qN

Uttar Pradesh COVID cases now effectively ZERO given population of 241 million, massive testing, 5% vax. Rivals the historic eradications of smallpox & polio with vaccines, except those were celebrated in all the papers and all the streets… while UP’s IVM strategy.. not a peep pic.twitter.com/upBwllf4N3 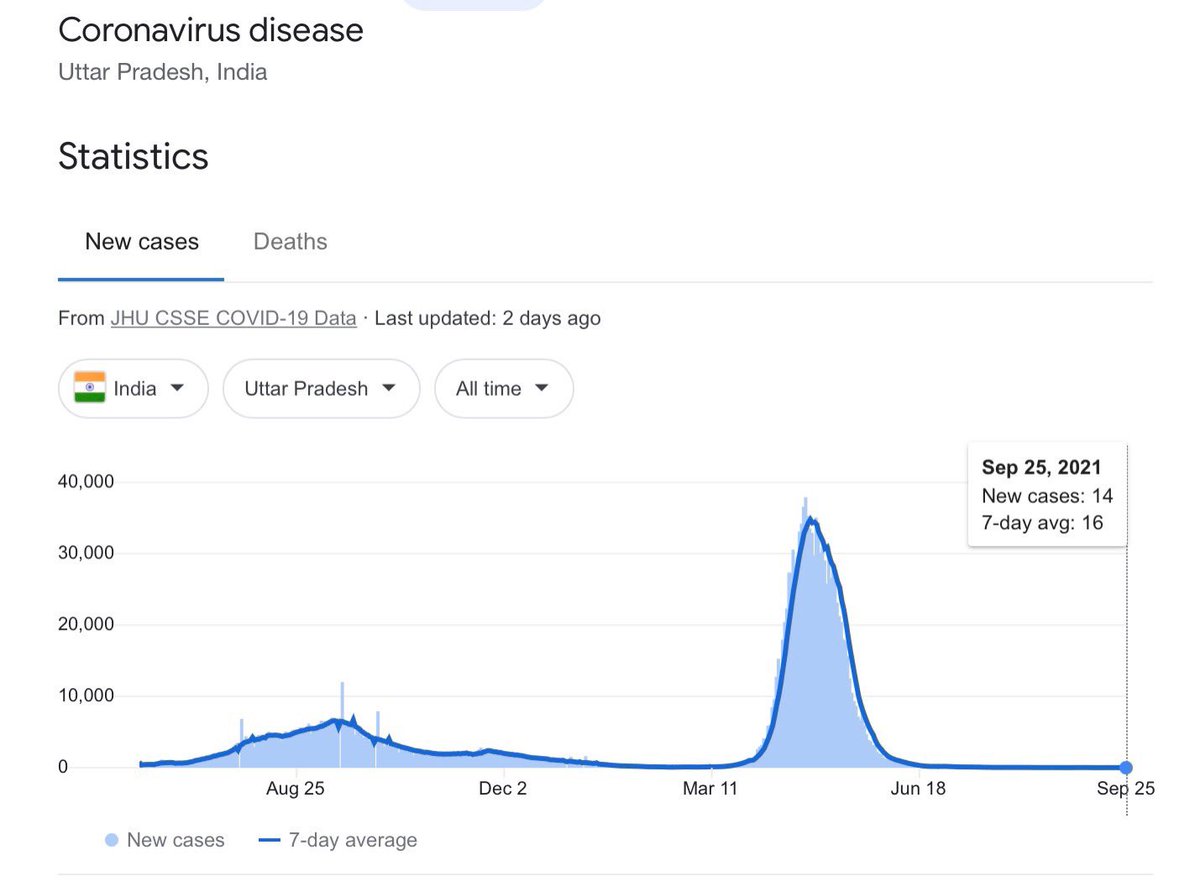 Over 3,000 Doctors and Scientists Sign Declaration Accusing COVID Policy-Makers of ‘Crimes Against Humanity’

Dr. Robert Malone, architect of the mRNA vaccine platform, read the Rome Declaration at the summit.

The Arizona Secretary of State Elections Procedures Manual identifies circumstances that require the issuance of a Provisional Ballot. If a voter appears in the e-pollbook or signature roster as having received an early ballot by mail, but the voter wants to vote in person on Election Day, that voter must be issued a Provisional Ballot. However, Maricopa County reported 58,550 voters who had received mail ballots but were issued standard ballots on Election Day. The County identifies these as “real-time Provisional Ballots.” There is no mention of real-time provisional in the AZ Elections Procedures Manual. In fact, the EPM specifically addresses this circumstance and is clear that such voters must be issued a Provisional ballot.

Wendy Rogers@wendyrogersaz
I support this petition and sign it now that I’ve had a chance to review it. I don’t sign petitions at rallies where people ambush me. Doesn’t matter who or what it is. I will always thoughtfully read it over first. 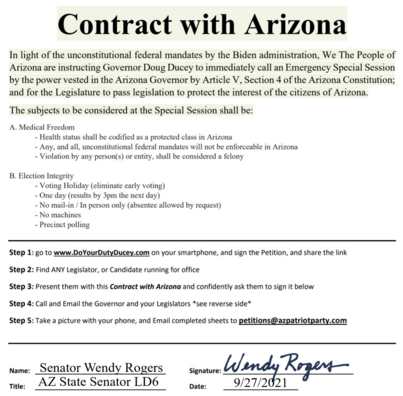 Well well well, a few more subpoenas that were apparently issued on Sept 22. Some familiar names for this corner!! Follow along for some additional info… 1/x https://t.co/nhofpIlV9j

In an interview w/ @NewYorker, the author of “How to Blow up a Pipeline,” Andreas Malm, calls for eco activists to embrace violence: “I am in favor of destroying machines, property … and I think property can be destroyed in all manner of ways … such as blowing up a pipeline” pic.twitter.com/VFr8q4q9u9 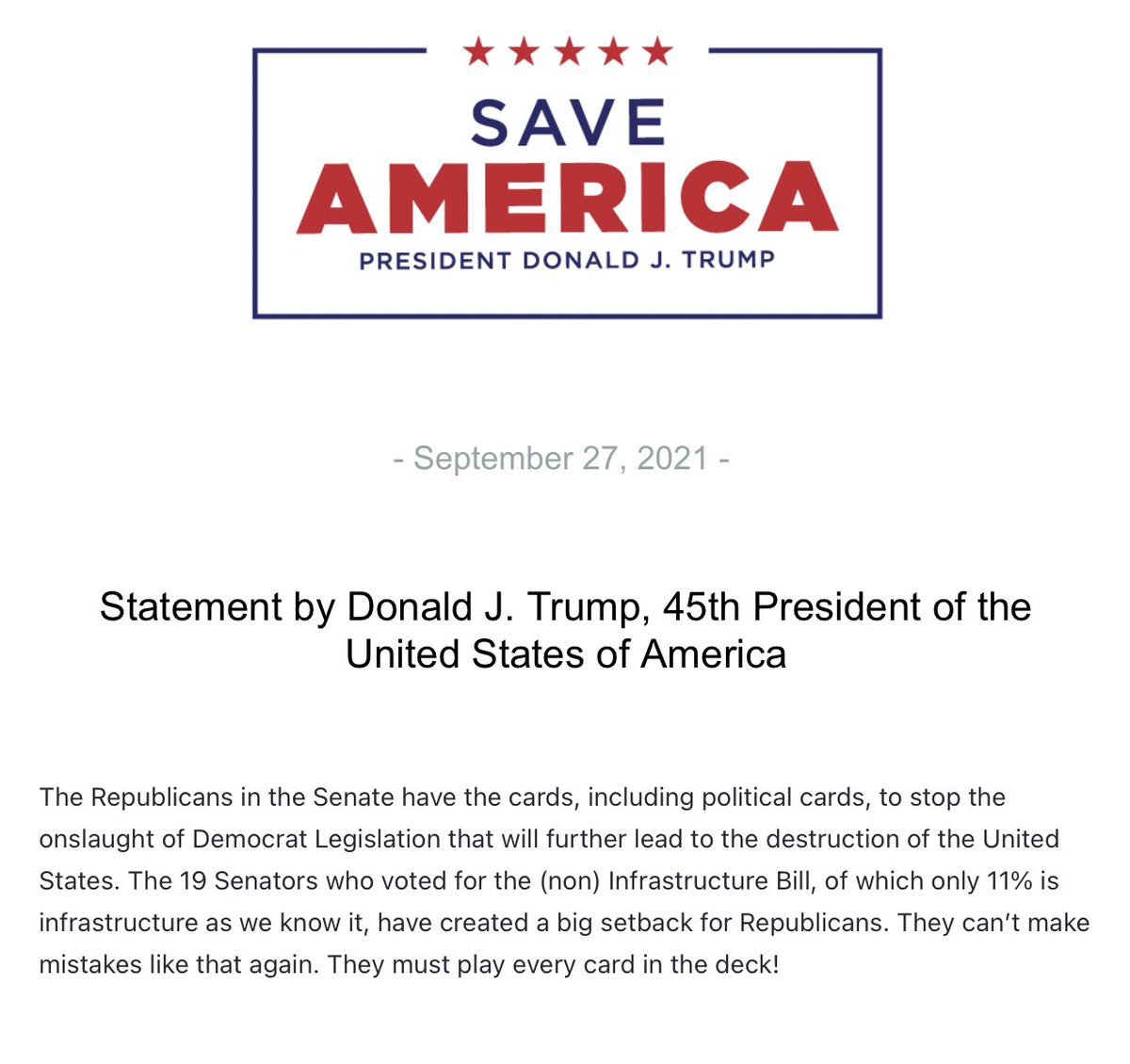 “They must play every card in the deck!”