Ep 2940a – [JB][CB] Just Made A Move That Exposed The Entire Economic Agenda, Game Over

The people are waking up, they see thru the [CB] and the Biden admin. The CA push to give out reparations are going to destroy CA and wake the people up. The energy inflation is not going away, as the [CB][WEF] pushes to bring us into the Green New Deal, the inflation is going to get worse, game over. The [DS] is now struggling, EM has released the twitter files and now the truth about Hunter Biden’s laptop is coming out and how the the corrupt politicians interfered in the 2020 elections. Trump is now letting everyone know that there is only way out of this and this is thru the military. The people need to understand the [DS] systems and the crimes they committed, they need to see the infiltration, once they understand they will know how to take back the country and keep the country. The patriots are in control and we the people are the cure. 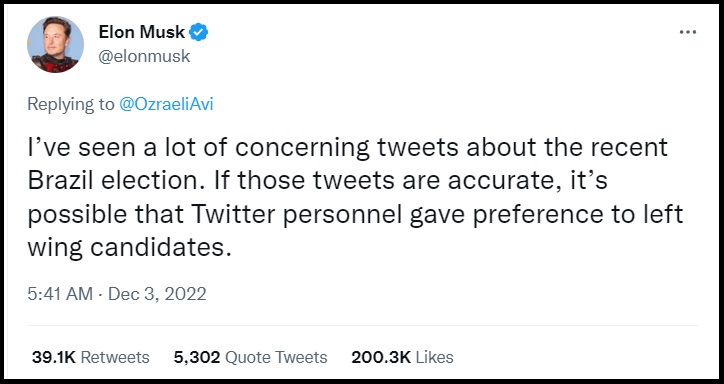 The lawsuit is against countless government officials from every angle (White House, FBI, CIA, CISA, etc)

Dr. Fauci and many others have already been deposed and are fighting to keep the depositions sealed from the public, I wonder why? pic.twitter.com/YEwwY6xDl3

I'm seeing many people think this is from the midterms. It's clearly not but it demonstrates that the AZ SoS censored people that questioned the rigged 2020 election and that led to another election steal right in front of our eyes in 2022

Here is why Twitter suppressed the Hunter Biden laptop story, based on thousands of internal documents:

The laptop from hell story had been removed for violation of the company’s “hacked materials” policy even though Hunter’s laptop was never hacked into!

Hunter Biden left his laptop at a computer repair shot in Delaware and never retrieved his property!

The decision to block the Hunter laptop story was made at the highest levels at Twitter.

Jack Dorsey supposed didn’t have knowledge about the decision.

James Baker, the corrupt FBI lawyer who defended his decision to launch the Trump-Russia probe, advised Twitter to suppress the Hunter laptop story!

Never forget the same “journalists” mocking the Biden Laptop story were literally PAID to report on the Steele dossier. https://t.co/qI0XlGvGL2

Now “journalists” are blocking us so we can’t search their Twitter history. And they’re deleting old, potentially incriminating, tweets.

Why did you block me @MollyJongFast?

And why did you work to cover up the Hunter Biden laptop story in 2020? pic.twitter.com/O5AqnGs2Ui

The former head lawyer for Twitter, Vijaya Gadde, tried desperately to stop Elon Musk from buying Twitter. She failed. Now he is exposing EVERYTHING that she wanted to hide.

JUST IN – Next "smoking gun" from the Twitter Files will address "what happened after the election," says Elon Musk on Spaces.

Given how little main stream media coverage I’m seeing about Twitter’s cover-up of the hunter Biden laptop scandal during the 2020 election one hast to ask is there any real difference between today’s average journalist then there was with Twitter’s average activist?

So this news comes out that the election was manipulated so the [DS] can steel it, are the people out burning and looting, NO, it will not be the majority that does this, it will be the [DS] and their foot soliders

So the FBI, Biden’s, HRC, other corrupt politicians, fake news, big tech were all involved in manipulating the elections, they over through the duly elected president of the US and this puppet government is making  the people suffer by pushing their agenda,  They knowingly committed treason, take a listen.

US Military took an Oath to defend the Constitution, The country was over thrown by the [DS] and foreign governments, drip drip then flood, Trump is letting everyone know that the action that is going to be taken is going to be unprecedented, the Military must follow their oath, remember the US military was put into action on Nov 3, the insurrection, they have been waiting for the people to understand the over throw.

Note MI has the same SAPs as NSA, CIA etc as designated post 9-11.
Why is this relevant?
Who can be held hostage and controlled?
CIA thinks its foreign offshore assets are strong enough to defend against the US executive (not accounting for military use on domestic soil).
Why does the Constitution explicitly grant this authority to the President and what is it to prevent?
They knew our agencies would grow in power so much so they could/can hold the executive hostage or engage with bad actors.
Trump nominated someone new to direct every agency but one. He controls the top.
2460
Q !!mG7VJxZNCI 11/07/2018 23:47:49  ID: