The US economy is booming, Trump is pushing the Fed to lower rates during an election year. Trump has been using all the [CB] tools against them and they cannot stop what he is doing. The globalists trade deals are being dismantled right before their eyes. Trumps new trade system is changing the global economic landscape. The [DS]/D’s/MSM are panicking, the feel fear, they know what is coming and they can’t stop it. They are pushing stories that have basis in reality to try to change the narrative, they want Barr to resign and they are now pushing that Assange was offered a pardon by POTUS. All fake, this is what panic looks like. Everything is in place, watch what happens next, justice is coming.

Home permits soar to highest level in 13 years in January, even as new construction dips slightly

Yellen Says Fed Should Buy Stocks In The Next Crisis

BREAKING: More than 1,000 military veterans condemn President Trump’s attacks on LTC Vindman. They write: “LTC Vindman and all of his colleagues should know that we stand with them even when their Commander-in-Chief does not. For all of us, right still matters….” https://t.co/q8Opfo947K

BREAKING: The other 18,999,000 military veterans support @realDonaldTrump, and condem the treachery and lies of LTC Vindman.

They appreciate finally having a Commander-in-Chief who puts the needs of Veterans ahead of illegal aliens. They stand with President Trump! https://t.co/onwNxvSHTf

The Elite, MSM and corrupt politicians are in a deep panic, something big is about to happen and they are screaming loudly, those who scream the loudest have the most to lost

It’s not enough for Barr to resign. I want him out of DOJ, disbarred, disgraced, & investigated for obstruction of justice. Barr sabotaged Mueller report, was in on Ukraine plot, & now he wants to free Trump’s criminal friends. In my estimation, they ALL belong in jail! 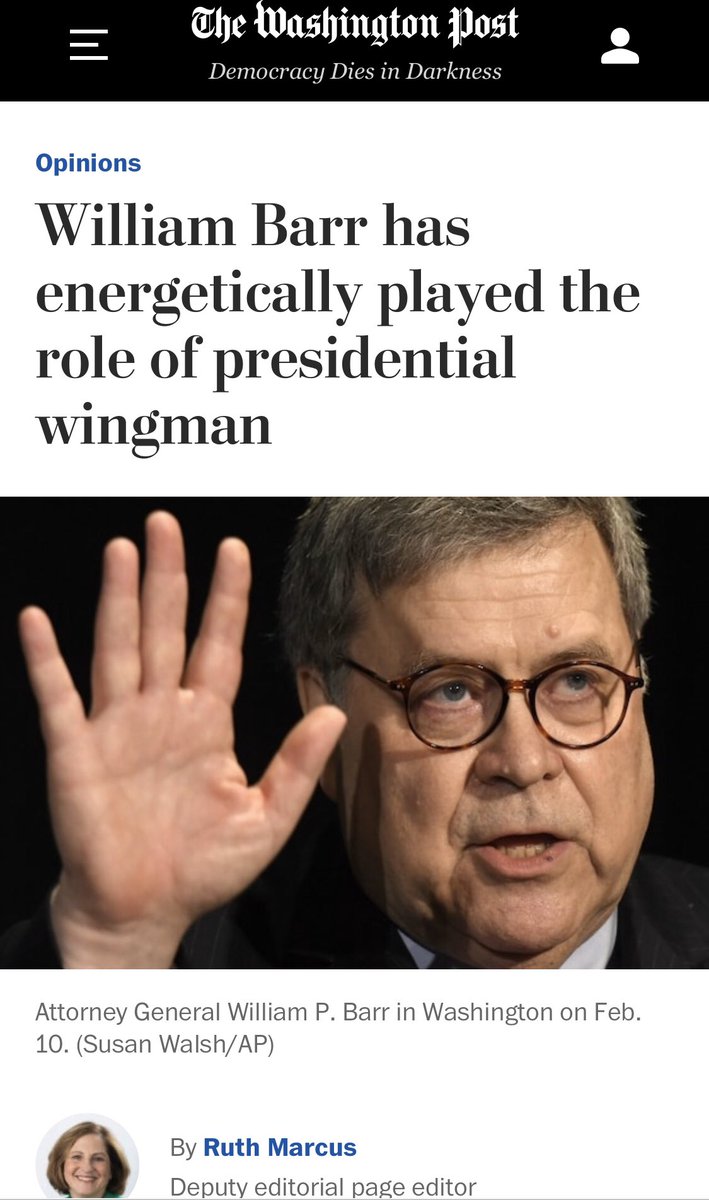 Is the same reporter who lied that the altered Carter Page FISA evidence (CIA/Clinesmith) didn’t affect the validity of the FISA application. 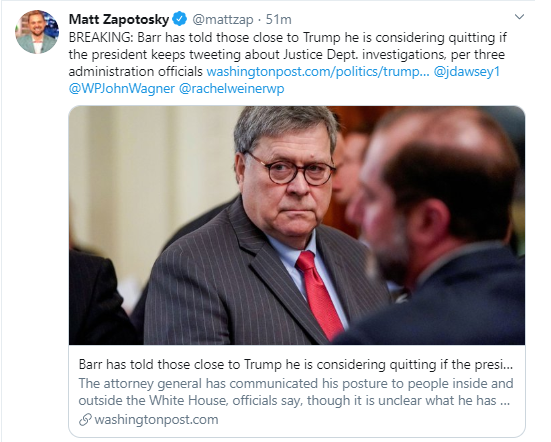 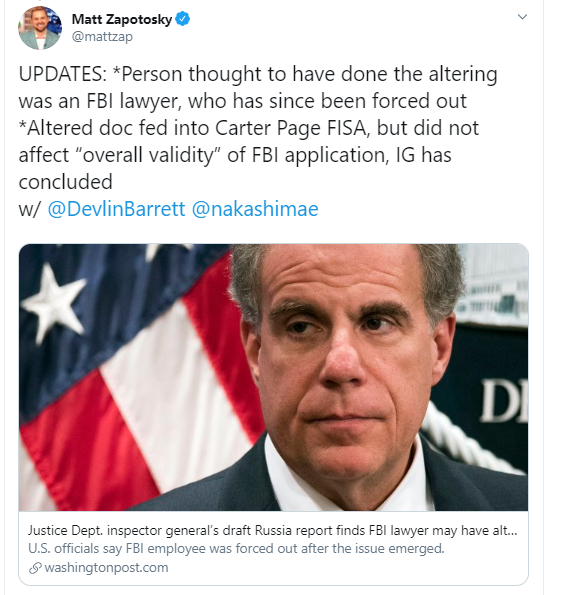 The media’s animosity toward AG Barr is easily explained.
They were complicit in an illegal attempt to overthrow the government.
18 U.S. Code § 2385 applies.
Their outrage is a veil; behind which they hide their fear of being prosecuted.

The MSM is now pushing Fake News trying to get ahead of the story,
Think about what they just said, Trump was going to give Assange a Pardon if he said Russia didn’t hack the DNC, the problem with this is that Assange already said this, he spoke to numerous reporters about this, this story has already failed.
Take a listen

Preference primaries could allow voters to rank their choices among candidates, as well as to register opinions about their issue priorities — like an exit poll, but more formal and with all the voters. The results would be public but not binding; a way to inform elites about voter preferences.

This process could accompany a primary of the sort we’re used to — in which voters’ first choices instruct the delegates, and preferences come into play only if there’s no clear winner. The primaries could also be held in combination with elections for convention delegates so that these representatives are informed by their constituents’ preferences. This would also help voters hold these delegates accountable in the future. The point is to build a way for party elites to understand what their base is thinking, and to allow them to bargain so that these different preferences and priorities can be balanced. (WaPo) 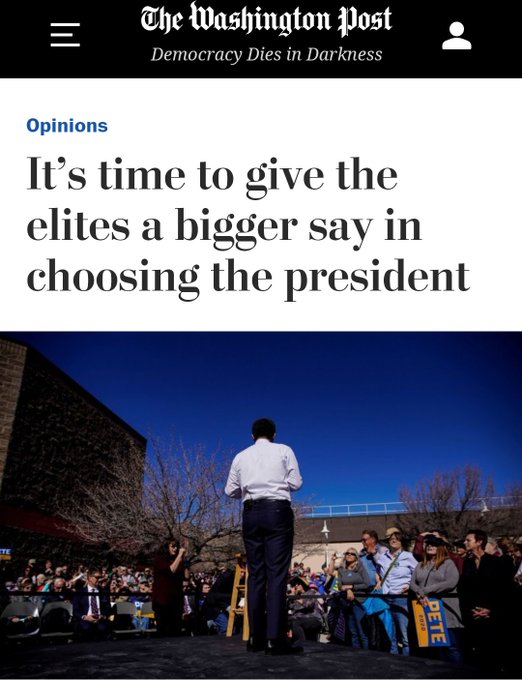 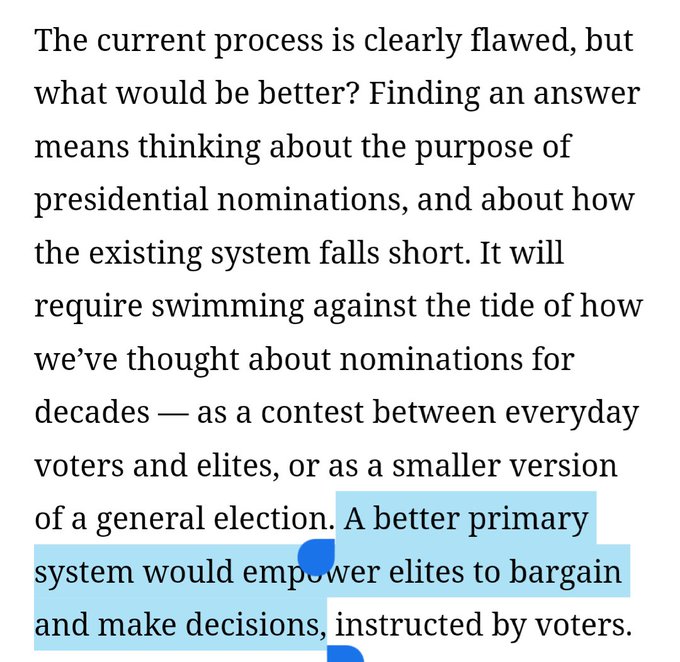 The more drained out the swamp gets, the more the swamp creatures act out in protest.

Please, by all means, educate me on abuse of power.

It’s Been 11 Years and Deep State FBI STILL WON’T Turn Over Transcript and 302 of Barack Obama’s Blagojevich Interview …What Are They Hiding?

Over 11 years ago, FBI interviewed Barack Obama about sale of his Senate seat. There’s a FBI “302” report of interview.

Rather than releasing document, DOJ has fought @JudicialWatch tooth and nail to keep it secret. #blagojevich https://www.judicialwatch.org/press-releases/judicial-watch-files-lawsuit-department-justice-seeking-fbi-interviews-obama-jarret-emanuel-relating-criminal-investigation-former-illinois-governor-rod-blagojevich/ …

(Washington, DC) – Judicial Watch announced today that it filed a Freedom of Information Act (FOIA) lawsuit against the U.S. Department of Justice seeking access to FBI reports of interviews – “302s”…

Rod Blagojevich did not sell the Senate seat. He served 8 years in prison, with many remaining. He paid a big price. Another Comey and gang deal! Thank you to @LisaMarieBoothe who really “gets” what’s going on! @FoxNews

Justice Department picks US attorney to oversee all Ukraine investigations

BREAKING: Durham has interviewed several of the FBI investigators who worked on Mueller’s team during his 2017-2018 inquiry, further suggesting Durham’s probe may be expanding into the activities of the Special Counsel’s office

That Yates/Mueller/FBI/Obama admin would suggest that Logan Act would apply to presidential transition shows the fundamental corruption of the Flynn prosecution. @RealDonaldTrump should pardon him. Or will the DOJ will now also prosecute Kerry/Murphy? https://t.co/xeIl3APKIf

Kerry & Murphy illegally violated the Logan Act. This is why Iran is not making a deal. Must be dealt with strongly! https://t.co/RpTW9c09ZY

There are high expectations that the Justice Dept will very soon deliver transparency & ACCOUNTABILITY regarding DOJ/FBI officials who weaponized the awesome powers at their disposal in order to target the Trump campaign. Frustrated Americans demand justice! ⚖️ It’s LONG overdue!

There must be JUSTICE. This can never happen to a President, or our Country, again! https://t.co/5epW4JPYkF