Boris Johnson is going to do everything possible to make the BREXIT happen, he might have to bring the house down to get it done. Trump admin say that they have reached a trade deal with Japan. Saudi Minister says they are back up to full capacity. Judy Shelton makes the first move, instead of the Fed being independent it should work with the government. Restructure hint. It seems that Rep Omar might have been caught in a lie, then she deletes the tweet. The Kavanaugh case is falling apart, the MSM is going down in flames and the key witness is now saying that it never happened. A secret group was formed to go after Trump’s judicial nominees. The House Judiciary started their impeachment hearings which was never voted on to be an impeachment hearing, they decided to read from the Mueller report, big fail. Snowden is now asking Macron for asylum. The Justice Department is now suing Snowden. SA will take care of their own business, Iran says talks will not happen, Trump says talks will happen, which means talks have already happened. Trump relays messages, we are closer than we think, HRC says beware of deep fakes.

Boris is throwing himself in front of the train. He’s preparing to do a Thatcheresque maneuver that will provoke immense fury from a sizeable segment of the country, making it unlikely he’ll survive as PM. It’s the only way to free UK from the 4th Reich. https://t.co/uFnJ7zwBgh

Trump says US has reached ‘initial’ trade deal with Japan

Saudi energy minister: Supply is back to pre-attack rates

The DS is using what ever they have to stop what is coming,Mueller report fail, racism fail, recession push fail,  impeachment, they have nothing, kavanaugh they have nothing, big fail, the candidates to remove trump are joke, the hit on the SA oil processing center didn’t work, the war that they are pushing is not working either, its all falling apart, how do we know this, Trump sent multiple messages to let us know, we will be talking about this a little later in this report. But first Rep Omar, she is desperatly trying to hide her marraige to her brother

ILHAN PANICS! MN Democrat Deletes 2013 Tweet Overnight After She Is Caught Exposing Marriage to Her Brother

Ilhan and her father Nur Said.

Now we know the DS is trying everything and anything, yes they will create fake news stories, hide facts and make it seem like they are telling the truth, but the public is catching on and this tactic is not working anymore, take or example Kanaugh, this entire story fell apart and the NYT is in the center of it all, it shows they were peddling fake news, Run to the Race lets us know that 1 years ago Q posted the following

Source: thehill.com
Trump tweeted out something very interesting after the story broke and it turned out to be fake.

I call for the Resignation of everybody at The New York Times involved in the Kavanaugh SMEAR story, and while you’re at it, the Russian Witch Hunt Hoax, which is just as phony! They’ve taken the Old Grey Lady and broken her down, destroyed her virtue and ruined her reputation…

…She can never recover, and will never return to Greatness, under current Management. The Times is DEAD, long live The New York Times!

The New York Times is at its lowest point in its long and storied history. Not only is it losing a lot of money, but it is a journalistic disaster, being laughed at even in the most liberal of enclaves. It has become a very sad joke all all over the World. Witch Hunt hurt them…

….”That story (Kavanaugh) is nowhere near the standard that should be met in publishing a story.” @brithume @FoxNews

CBS News: Christine Blasey Ford’s close HS friend (who Ford says was at the party when Kavanaugh allegedly assaulted her) said Ford’s story isn’t believable and told the FBI Ford’s allies pressured her, threatened her with a smear campaign to say otherwise 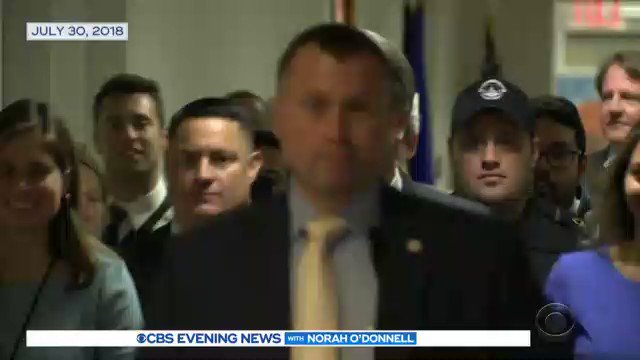 Groundhog Day: Lewandowski’s Expected Testimony Proves Democrats Have Nothing But A ‘Circus Act’

Excited about the opportunity to remind the American people today there was no collusion no obstruction. There were lots of angry Democrats who tried to take down a duly elected President. Tune in. #Senate2020.

The US has figured out how the Saudi production facility was hit,

‘Low-Flying’-Missiles Used In Aramco Attack Were Launched Inside Iran: Report

Senior US officials have told CBS they’ve identified the locations in Iran from which a combination of more than 20 drones and cruise missiles were launched against the Saudi oil facilities. They say the locations are in southern Iran at the northern end of the Persian Gulf.

Sounds like someone is trying to push us into a war with Iran,who are these senior us officials, or sources.

Now the MSM/DS want trump to respond, Trump will but not the way they want

Kingdom is capable of responding to attacks: King Salman

Then we have Iran’s supreme leader, he said the following

IRAN’S SUPREME LEADER: “THERE WILL BE NO TALKS WITH THE US AT ANY LEVEL” Didn’t we see the samething with NK right before a peace deal was announced, hmmm we must be getting close to an announcement.

Now right after the attack on SA trump tweeted the following

Saudi Arabia oil supply was attacked. There is reason to believe that we know the culprit, are locked and loaded depending on verification, but are waiting to hear from the Kingdom as to who they believe was the cause of this attack, and under what terms we would proceed!

Many people believed that this meant the US was ready to go to war. But thats not it at all, think about it

A picture is worth many sentences.
Has POTUS ever made a statement that hasn’t been proven to be correct (future)?
Think timing.
Think Senate lock.
Think SC lock.
Locked & (who is) Loaded.
Q

Barr just received the IG FISA report and they are reviewing it, Barr is locked and loaded.

In a short while I will be presenting the New York @Yankees @MarianoRivera, the greatest relief pitcher (Closer!) of all time, with the Presidential Medal of Freedom in the East Room of the @WhiteHouse!

Are You Ready for Arrests, Pain, to Be Part of History?

How do we know it is coming,look who is warning about Deep fakes

Nothing to see here…

Just HRC talking about the need for the MSM/etc to “be able quickly to discredit what is being presented”, such as “Pizzagate” and “deepfakes”… pic.twitter.com/jfU9EUD7fW

One thought on “We Are (Closer) Than You Think, Messages Received, On The Ready – Episode 1972”