Ep 2572b – We Caught Them All, I Don’t Think They Will Get Away With It, Think Military Ep 2572a – There Is No Inflation If You Don’t Count Pork,Beef & Poultry, Running Red In October

China is now feeling the pain, the entire economic system cannot be sustained on the [CB] rule. Manchin will only support a 1 trillion dollar infrastructure bill that has nothing to do with infrastructure. [JB] explaining how wages are going to go up and health care is going to be given to everyone. [JB] National Economic Council says there is no inflation if you strip out beef, poultry and pork. The country will be running red in October. The country is waking up, they realize [JB] was installed, he lies and he is a puppet of the [DS]. Everything he touches the opposite happens, it’s like he was setup to fail. The AZ forensic audit is about to be produced and Liz Harris revealed the canvassing numbers in AZ. The [DS] is now panicking. The [DS] was taken by surprise in 2016 and in 2020 the patriots not only surprised them but they caught it all. It is the largest sting operation the country has ever seen.

What In the Red Mean?

Bombshell leaked emails prove the State Department DID block Afghan evacuation flights even if they had Americans on board, report claims

Poll: 3/4 of unvaxxed Americans would quit job if shot required

As suspected, the CDC’s current school mask guidance came at the request/demand of the teachers unions, not based on any science. 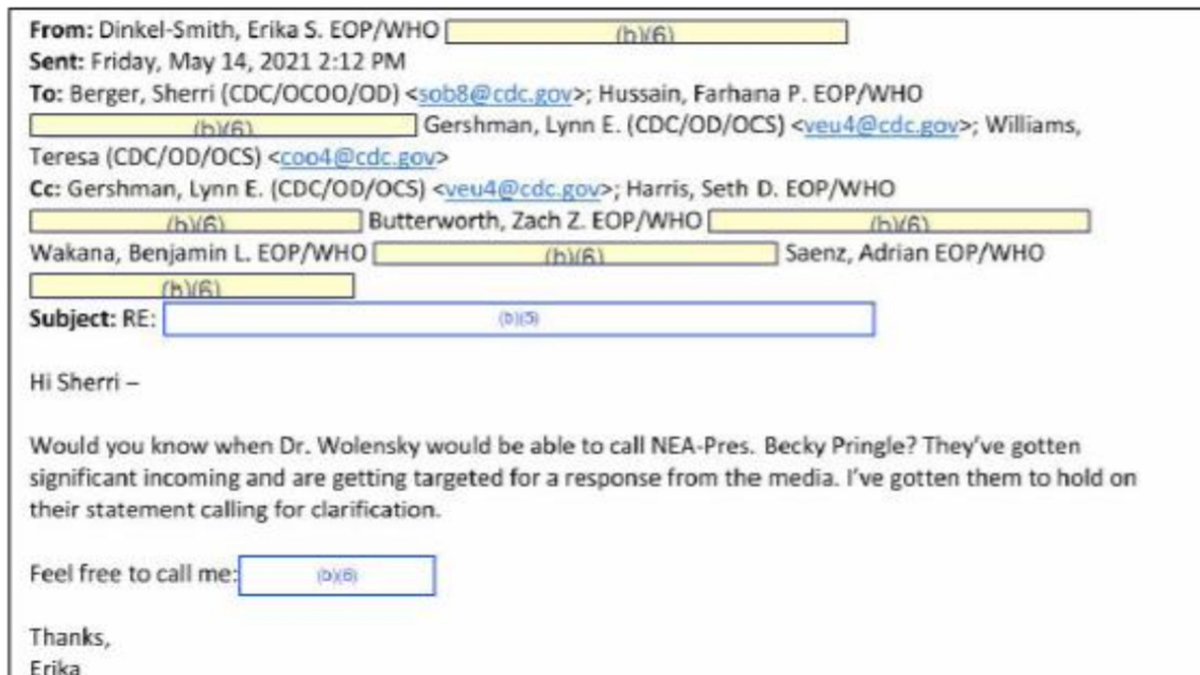 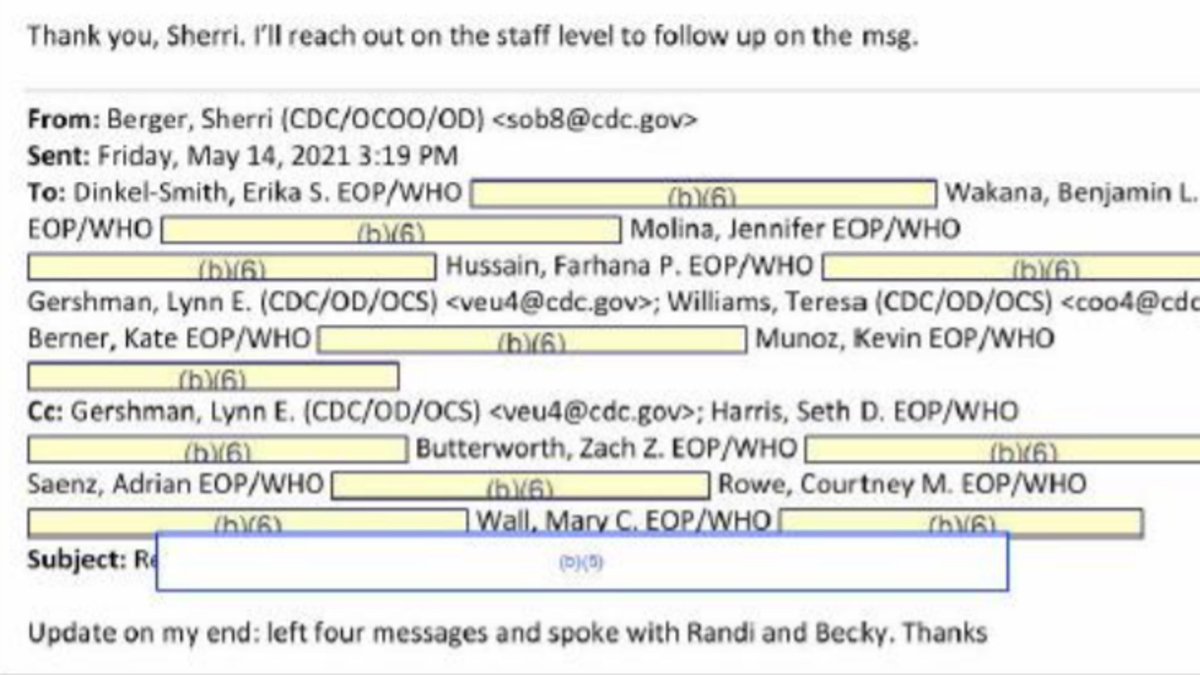 This explains the mystery of the CDC “science brief” that contained no science supporting the mask guidance and excluded the CDC’s own most relevant study, which found no significant effect of student mask mandates.https://t.co/CdzLh5q8g0

Amazing how quickly the “free healthcare is a human right” crowd turned into the “deny care to people we disagree with” crowd. Ladies & gentlemen, that‘s just one of many reasons government being in charge of everyone’s health doesn’t work and quickly becomes very dangerous. pic.twitter.com/DX9PVvWO0S 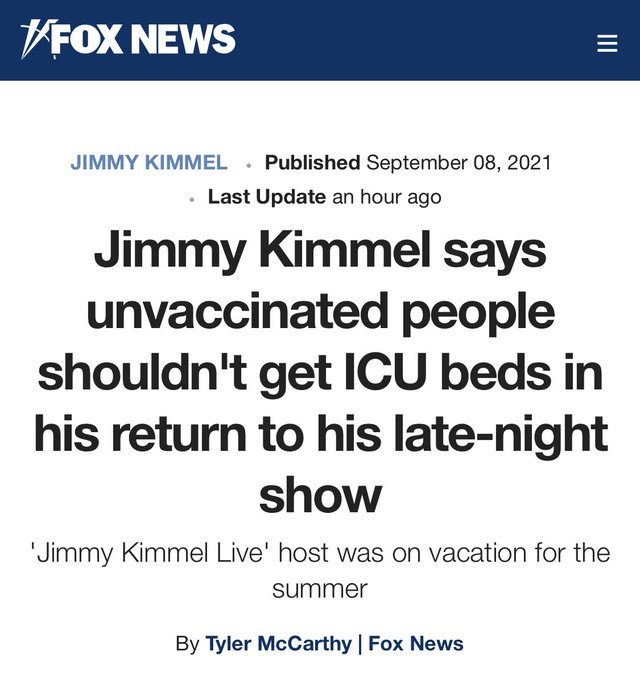 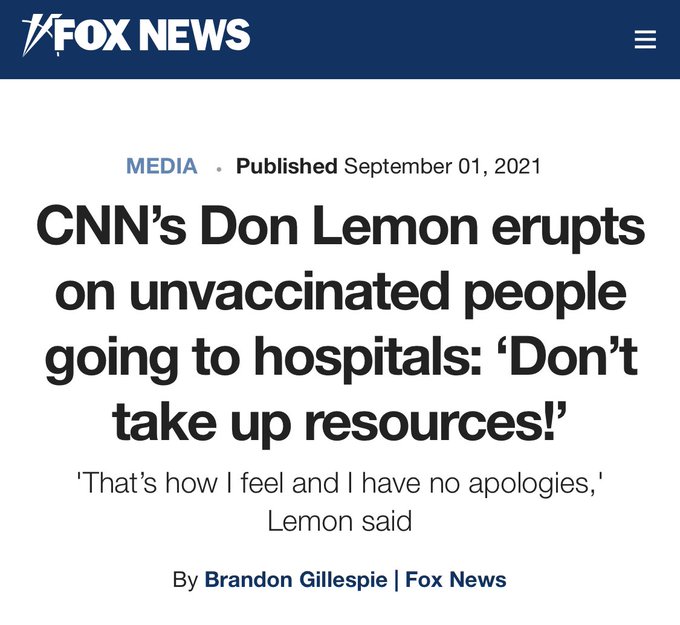 The City of Tucson announced that it will be putting its COVID-19 vaccine mandate for its employees on pause after the state’s attorney general declared it illegal.

Hugh Hewitt: But can you rule out, Dr. Collins, the United States having funded any sort of gain of function research in Wuhan?

Dr. Francis Collins: We absolutely did not fund gain of function research in Wuhan.

George Papadopoulos got a federal conviction for not remembering an email. What should happen to Dr. Fauci for funding bioweapon research in China and then lying about it to Congress? “Elias has no valid explanation for the misleading submissions to the Fifth Circuit. Even when they were notified that they violated ethical rules, they refused to withdraw their motion. They were aware of their violations and blatantly chose to ignore them,” said Attorney General Paxton. “I thank the Court for issuing these much-needed sanctions. Perkins Coie cannot continue to mislead the Court, especially in a matter as important as election integrity.”

Liz’s team knocked on more than 11K doors and received 4,570 responses.  Of those, more than a third (34.23%) said they voted in the 2020 election, yet Maricopa County records list them as not having voted.

The canvass report explains: “Extrapolating these results to the entire county, which can be done at a scientifically correlated confidence level of 95%, it is estimated that 173,104 voters had their votes stolen. Given the canvass confidence interval of 1.5, this number technically ranges from 165,518 to 180,690 voters.”

Liz Harris discussed other irregularities unearthed by her team’s Maricopa County canvass. These errors included voters who said they voted in person but are recorded as voting by mail, voters who did not vote but are listed as having voted, and votes from vacant lots.

Is ISIS Making a Comeback in Libya? | Opinion

“We got ’em by surprise in 2016, and they said, ‘We’re never going to let that happen again,’ and they cheated.

“And let’s see whether or not they do get away, because I don’t think they will get away with it.” pic.twitter.com/deYMEPMRas